An Indigenous academic who labelled as racist a study on criminal offending by Sudanese people in Victoria has apologised to the report’s author, Dr Stephane Shepherd, who is himself African-Australian.

Dr Shepherd, who was born in Mauritius and identifies as creole – of mixed French and African descent – co-authored a paper last year titled Estimating the extent and nature of offending by Sudanese-born individuals in Victoria with fellow Swinburne University academic Benjamin Spivak. 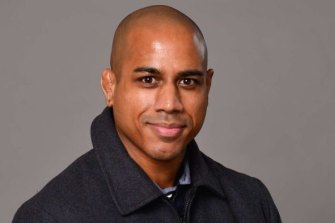 The authors carried out the research in part to examine the hypothesis that young Sudanese-Australians were over-represented in crime statistics as a result of police profiling, the unofficial practice in which specific groups are targeted on the basis of racial or other characteristics. Their statistically based survey found rates of offending for Sudanese-born youth were significantly higher than for other groups, including Indigenous Australians, but they concluded that racial profiling was probably not the main reason.

While not discounting the existence of profiling, the paper said, “it appears that Sudanese-born young people are processed at a much lower rate for offences typically associated with profiling (public order/drug offences) than they are for offences that rely less on police discretion (i.e. crimes against the person).”

However, Dr Amanda Porter, a senior fellow in Indigenous Programs in the University of Melbourne’s law school, last week tweeted her disdain for the research and the decision of the journal to publish it, querying how the article had “passed peer review”.

“Can we please talk about academic integrity, rigour and racism,” she wrote. “Please do something about the racist trollop [sic] that appears on the regular in your not-so-academic journal.”

Dr Shepherd said the attacks by Dr Porter and others, and subsequent coverage in the media, had made him “feel like my entire reputation has been tarnished.

“I have seriously thought about just quitting,” he said.

The issue points to the pressure academic researchers face when their work has the potential to be called racist and to be misused by people with vested political interests in the event it comes to uncomfortable conclusions, even if it is methodologically sound.

On Tuesday, Dr Porter declined to comment, but agreed to share the apology she sent to Dr Shepherd last week. In the formal written apology she expressed her concerns with the journal’s processes – “an all-white editorial board, gatekeeping of Aboriginal content, etc”, but said, “I deeply regret attacking your article” rather than some others she might have singled out. She concluded “the discipline is cooked in a way that I find intolerable”. 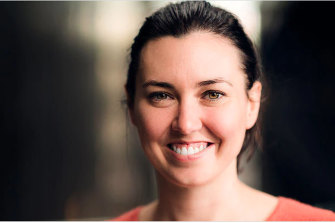 As an African-Australian, Dr Shepherd said he is acutely aware of the sensitivities around the reporting of crime among ethnic groups. His paper contained multiple caveats about the limitations of the research due to statistically small samples in some instances, and warned against the possible misuses to which the findings might be put.

“Study findings should not be used to promote unhelpful narratives,” the authors wrote in their conclusion, but “instead prompt concerted efforts to better address specific community needs and stressors that increase the likelihood of justice involvement”.

Despite that, the study has since been cited by Osman Faruqi, host of The 7am Podcast, as “more evidence the Aus[tralian] media just isn’t capable of talking about race”, while conservative columnist Andrew Bolt seized on it as evidence against the “destructive lie” that police were racist.

Dr Don Weatherburn, former criminologist and now a professor at the University of NSW National Drug and Alcohol Research Centre, said so long as it has been conducted ethically and with respect for privacy and consent, research should not be constrained by the risk it might be put to anti-social use.

“I totally disagree with the proposition that if your research is going to be misused you shouldn’t do the research,” he said.

“I’m old enough to remember when the same concerns were aired about the incidence of Aboriginal crime, but we’re now at a point where the primary users of that research are the affected communities who use it to advocate for more resources to reduce offending and imprisonment.”

Dr Shepherd also has support from South Sudanese community leader John Kuot, who said that critics who had warned the research would be taken out of context and used to stoke racist sentiment had themselves taken it out of context.

“The conversation has often been had with a lack of objective data, and his paper identifies some of those gaps,” Mr Kuot said. “This research helps the community to identify where the focus needs to be … If we have the intention of helping these young people, we need to open it up and ask ourselves the difficult questions.”

In a statement to The Age, Dr Shepherd said he believed that’s precisely what his paper did.

“We believe the research questions examined in our study have important implications for public policy. In particular, for vulnerable and marginalised cultural groups such as the South-Sudanese Victorian community,” he said.

“It demonstrates the importance of working on policies that address social disadvantage and social disconnection. It is disappointing the conversation has been diverted away from these issues.”