Infant school teaching assistant, 44, sues Hillingdon Council for £250,000 after five-year-old pupil ‘punched, pinched and kicked’ her in class and left her on crutches and in chronic pain

A teaching assistant left on crutches after she was beaten up by a five-year-old is suing for £250,000.

She said he was ‘punched, pinched and kicked’ by the ‘big for his age’ reception class child in March 2017 while trying to keep order.

Ms Aukett, who stepped up to the witness box at Central London County Court using crutches, says she is still dogged by chronic pain and has not returned to work due to a fear of returning to the ‘school environment’ in the aftermath of her ordeal.

She is now suing the London Borough of Hillingdon, the local authority responsible for overseeing the school – which cannot be named – for £250,000, claiming more should have been done to protect her in the workplace.

Her barrister, Gemma Witherington, told Judge Richard Roberts: ‘Ms Aukett was acting in the course of her employment when she was attacked by a child known as X.

‘He had attacked another child and she removed the other children from the room to safety when X launched himself at her in the corridor and punched her in the chest and pinched her.

‘He then kicked her in the hip and groin and legs.’ 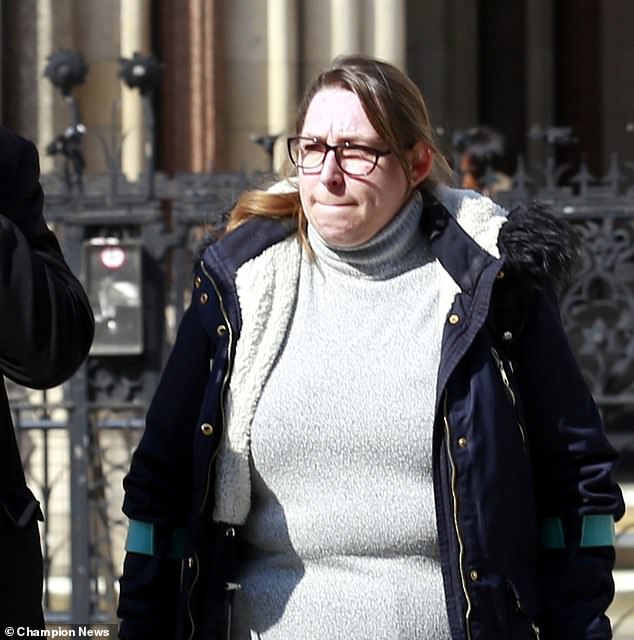 Aleksandra Aukett, 44, said she was set upon by a ‘big for his age’ five-year-old at the school 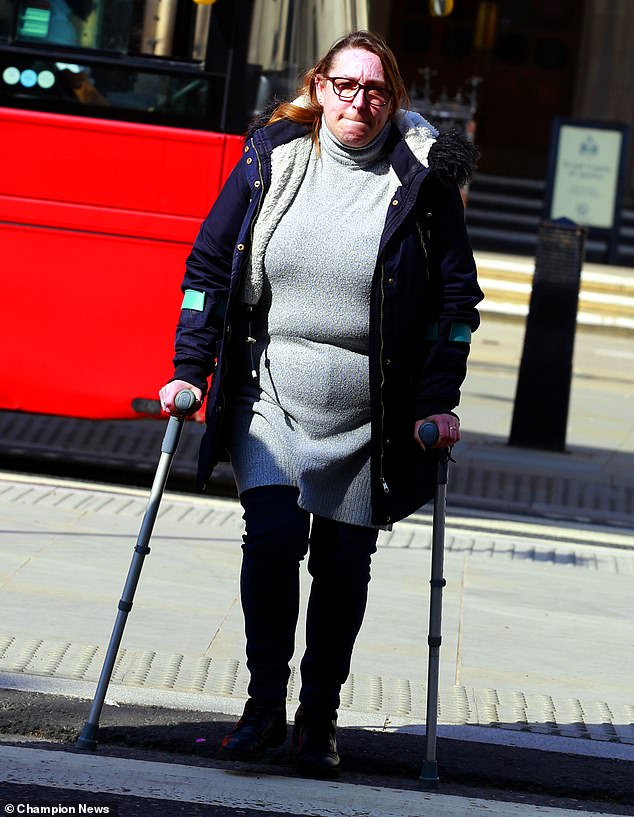 Ms Aukett is now suing London Borough of Hillingdon, who run the school, which is unnamed

Ms Aukett says she still has a lump and swelling around her hip from the attack and has yet to return to work.

The boy – described as big for his age – caused soft tissue injuries to her lower back, chest and left buttock as well as long-term inflammation.

Medical experts for Ms Aukett say she was resilient and cheerful before the classroom assault but is now plagued by chronic back pain, PTSD and depression.

‘I’m still restricted,’ she said from the witness box.

‘I’m nowhere near the level of mobility, fitness and health I was at before the accident.’

Her barrister said the child who went for Ms Aukett had learning difficulties and a ‘vulnerable background’ and said her client fully accepted this.

‘But this was a very nasty assault which had physical and mental health consequences for her,’ she added.

None of her colleagues had warned her about the lad’s ‘violent tendencies’, claimed Ms Witherington. 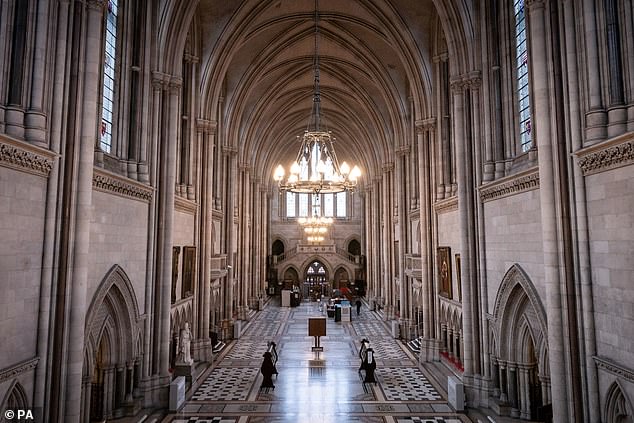 The Central London County Court was told she wants £250,000, because she should have been protected

The unruly youngster had a record for ‘physically assaulting other pupils and staff’, said the barrister, adding: ‘it was reasonably foreseeable that this child would seriously injure either another pupil or one of the teachers’.

‘If Ms Aukett had known about X’s condition/behaviour and/or had relevant training, then it was more likely than not that she could have taken steps to avoid the attack,’ she told the court.

In particular she would have been far more cautious going out into the corridor to calm the youngster and would have ensured there was ‘more support’ around him.

Lawyers for the London Borough of Hillingdon, which is denying liability, say Ms Aukett had been trained in how to restrain and de-escalate, but she says the key area of de-escalation was not covered in her training course.

But Roderick Abbott – for Hillingdon – told the court his clients did everything in their power to safeguard staff and pupils from any risk posed.

He highlighted a specific pupil risk assessment carried out on the five-year-old which pinpointed a risk of potential hazards – including ‘throwing items and risk of injury to staff or other pupils’.

‘This clearly identifies the risk of X being violent towards staff and pupils,’ he argued.

Ms Witherington denied the claims that ‘everybody knew about it at the school’.

But Mr Abbott told the judge that given the school’s general awareness of the boy’s stormy history it would have been ‘impossible for Ms Aukett to be unaware of X’s behaviour’.

He accepted that Ms Aukett was ‘the victim of a violent attack while doing a difficult job’ but denied that the school failed in its duty to safeguard her.