Moo-ving on to pastures new: Injured cow is air-lifted to lower ground as 1,000-strong herd undergoes annual relocation in the Alps

An injured cow was air-lifted to lower ground today as its 1,000-strong herd underwent its annual relocation to the lower Swiss Alps.

Each year, Alpine farmers drive their cattle from higher ground to the lower Alps in an event called the Bodenfahrt.

Today, around 1,000 cows were ushered down the hills at the Klausen Pass in Switzerland but one, which had suffered a minor injury, was transported downhill by a helicopter instead. 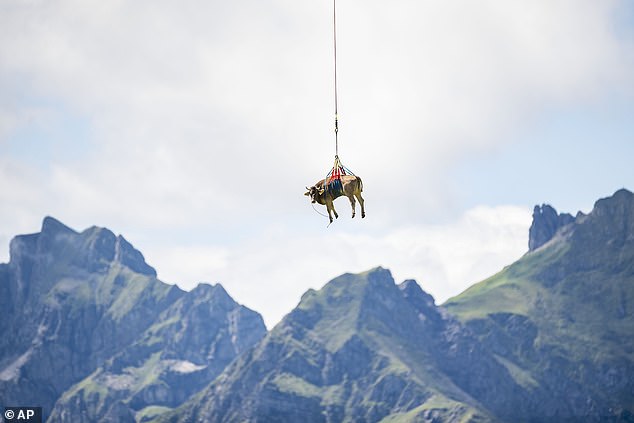 A slightly injured cow is flown by helicopter from the Klausen Pass due to its unfitness for the cattle drive (Almabtrieb), on the occasion of the ‘Bodenfahrt’, during which about 1,000 cows move to lower Alps today at Klausen Pass in Switzerland 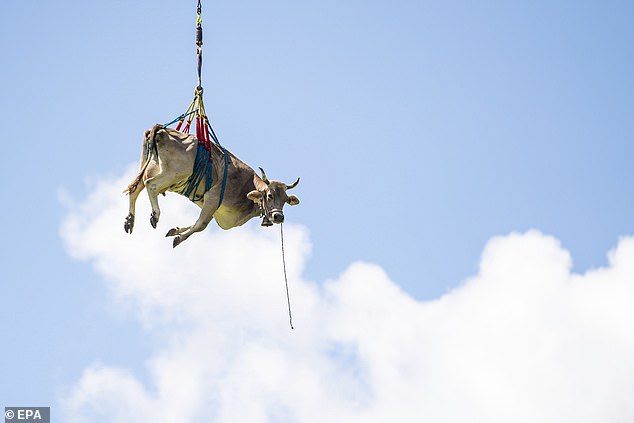 Pictured: The slightly injured cow as it is transported to the lower Swiss Alps today during the annual Bodenfahrt event 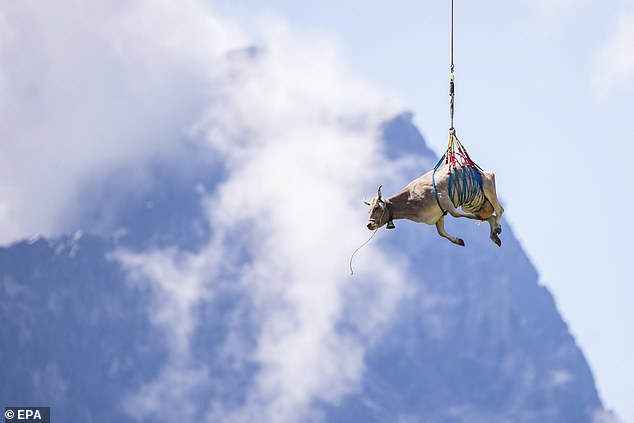 Pictured: The slightly injured cow as it is transported to the lower Swiss Alps today during the annual Bodenfahrt event

Ambros Arnold, one of the farmers transporting the herd, told Swiss publication Limmattaler Zeitung, the method of cow transportation was an efficient ‘short cut’.

Arnold added the experience may have been traumatic for the animal, due to it being lifted into the air so suddenly.

According to Limmattaler Zeitung, the method of transporting injured cows by helicopter prevents them being injured any further, and spares newly healed injuries.