AN EMERGENCY 1,000 bed hospital set up specifically treat coronavirus patients in China has been completed.

Huoshenshan, which was constructed in just eight days, was finished today and it will be able to receive patients from tomorrow, state media said. 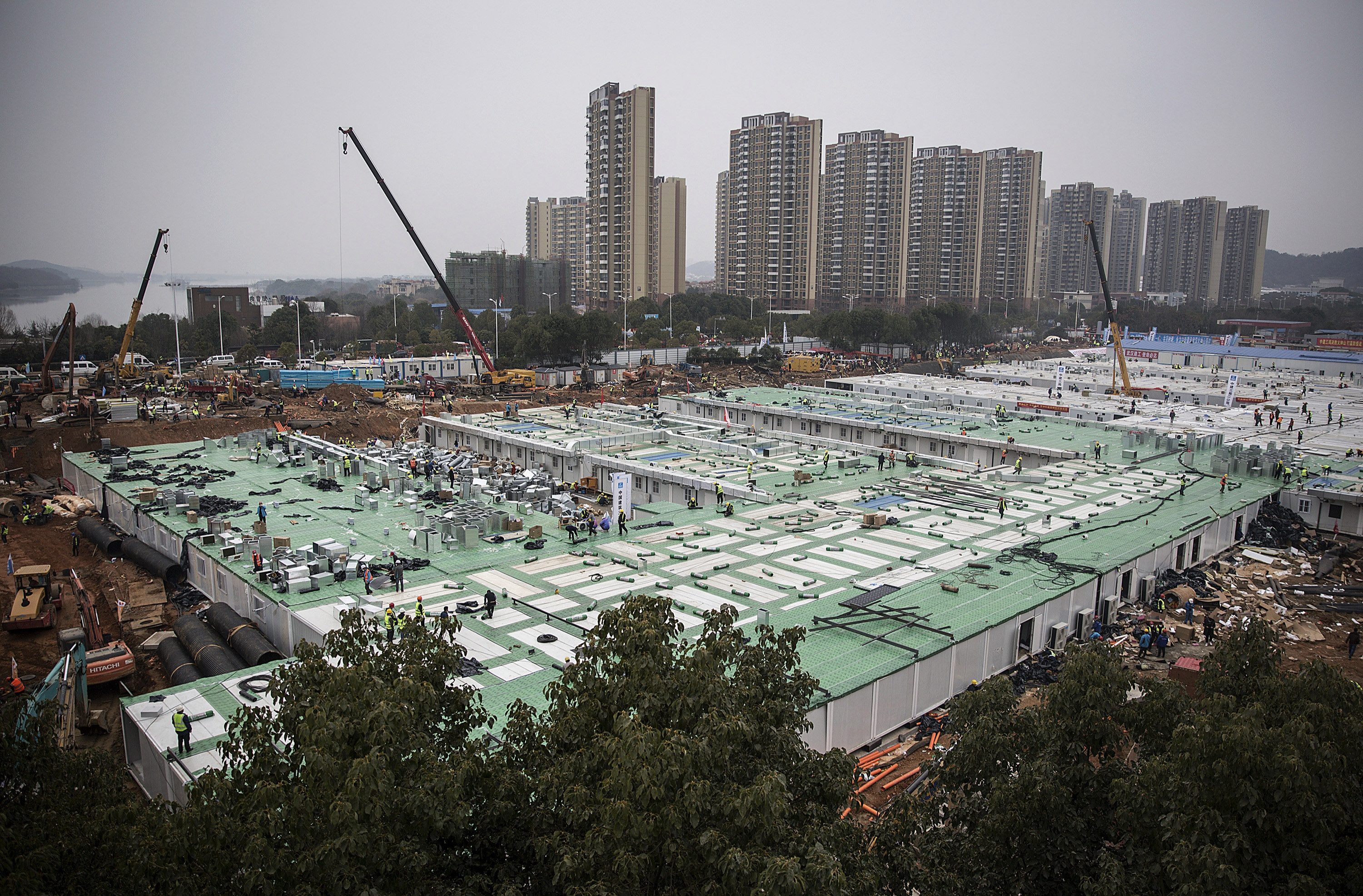 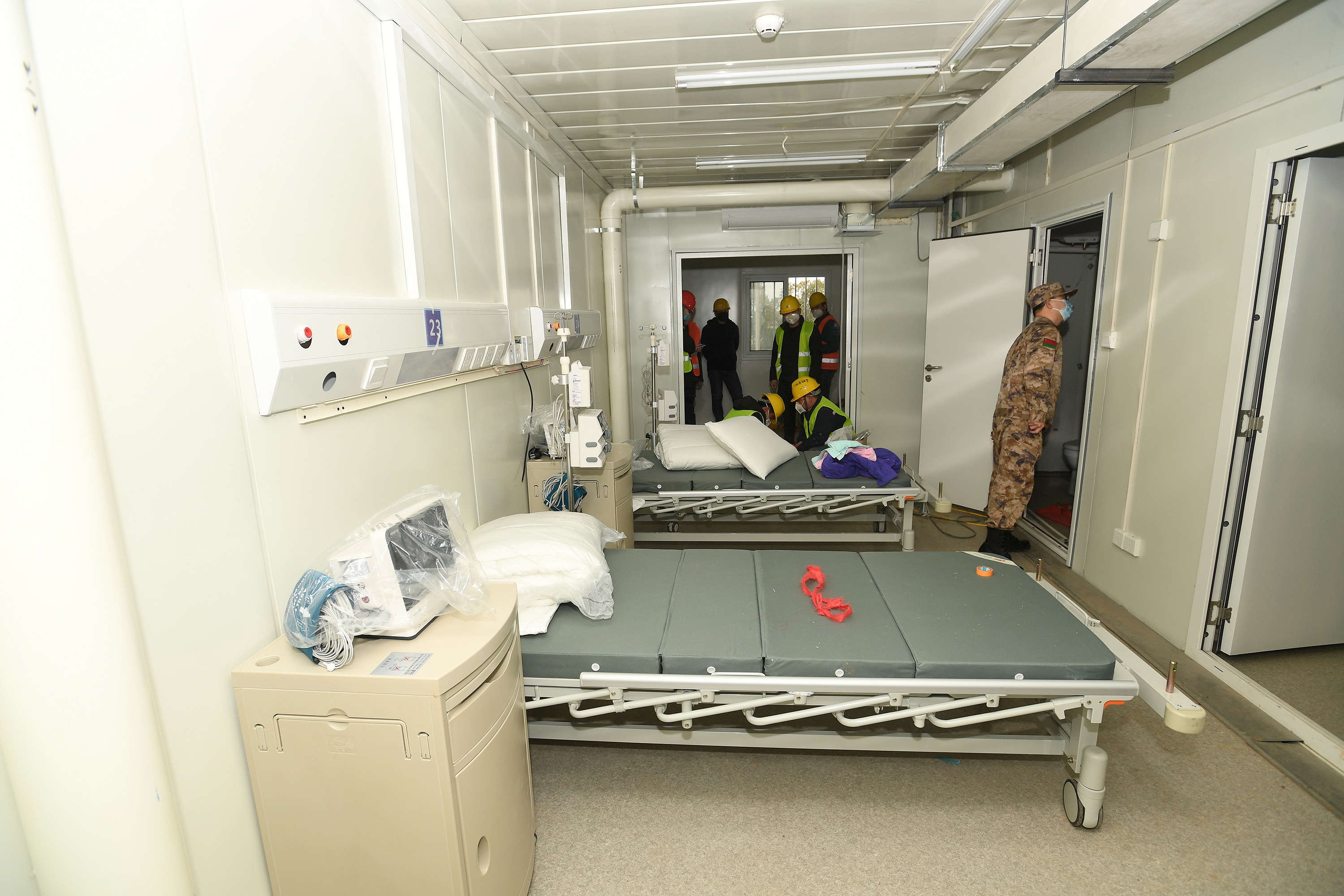 The hospital has an area of 269,000 square feet and is one of two new buildings established in Wuhan in the wake of the World Health Organisation's declaration of global emergency.

Chinese authorities are building a second hospital 25 miles away from Huoshenshan, called Leishenshan.

It has a capacity of 1,600 beds – 300 more than originally planned – and is expected to open on Wednesday.

The design for the buildings was based on a Beijing hospital that was constructed in 2003 to help tackle the SARS epidemic, which spread to more than two dozen countries in 2003 and infected 8,000.

During the SARS outbreak approximately 4,000 people worked day and night to build the hospital in seven days.

Engineers from across the country were reportedly brought in to help speed up the construction of the makeshift medical facilities.

Like the hospital in Beijing, the Wuhan centre will be made out of prefabricated buildings. 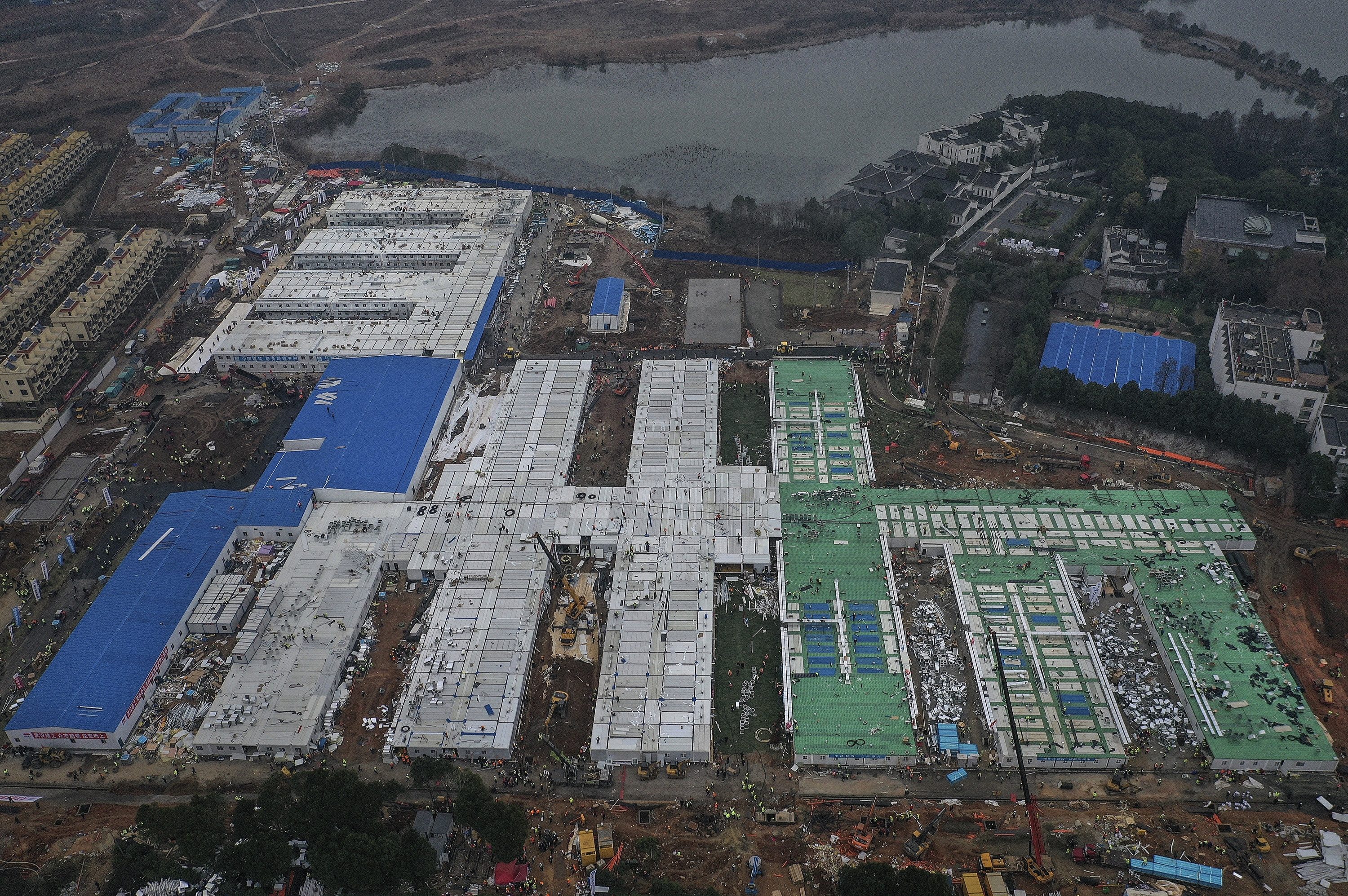 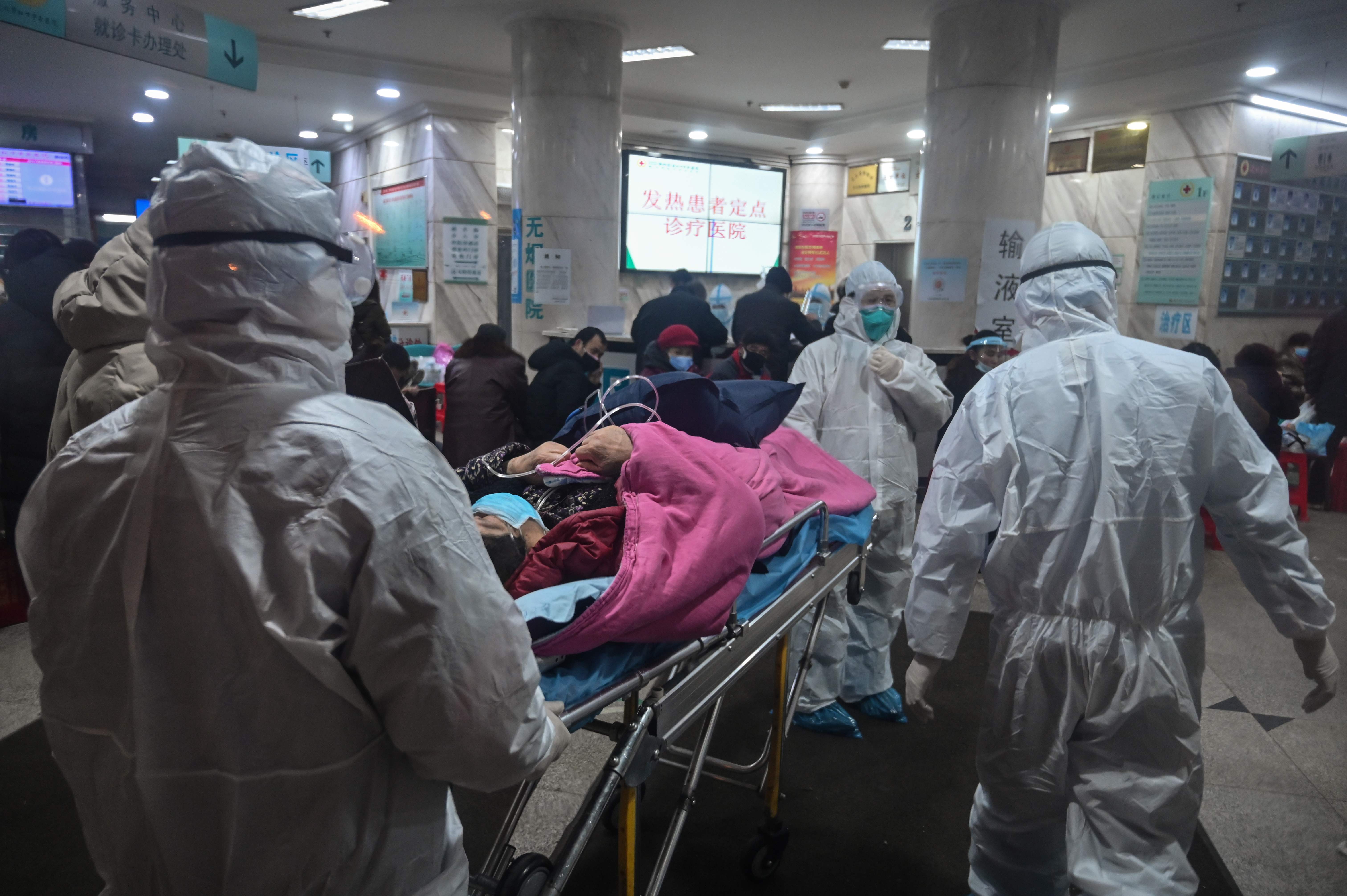 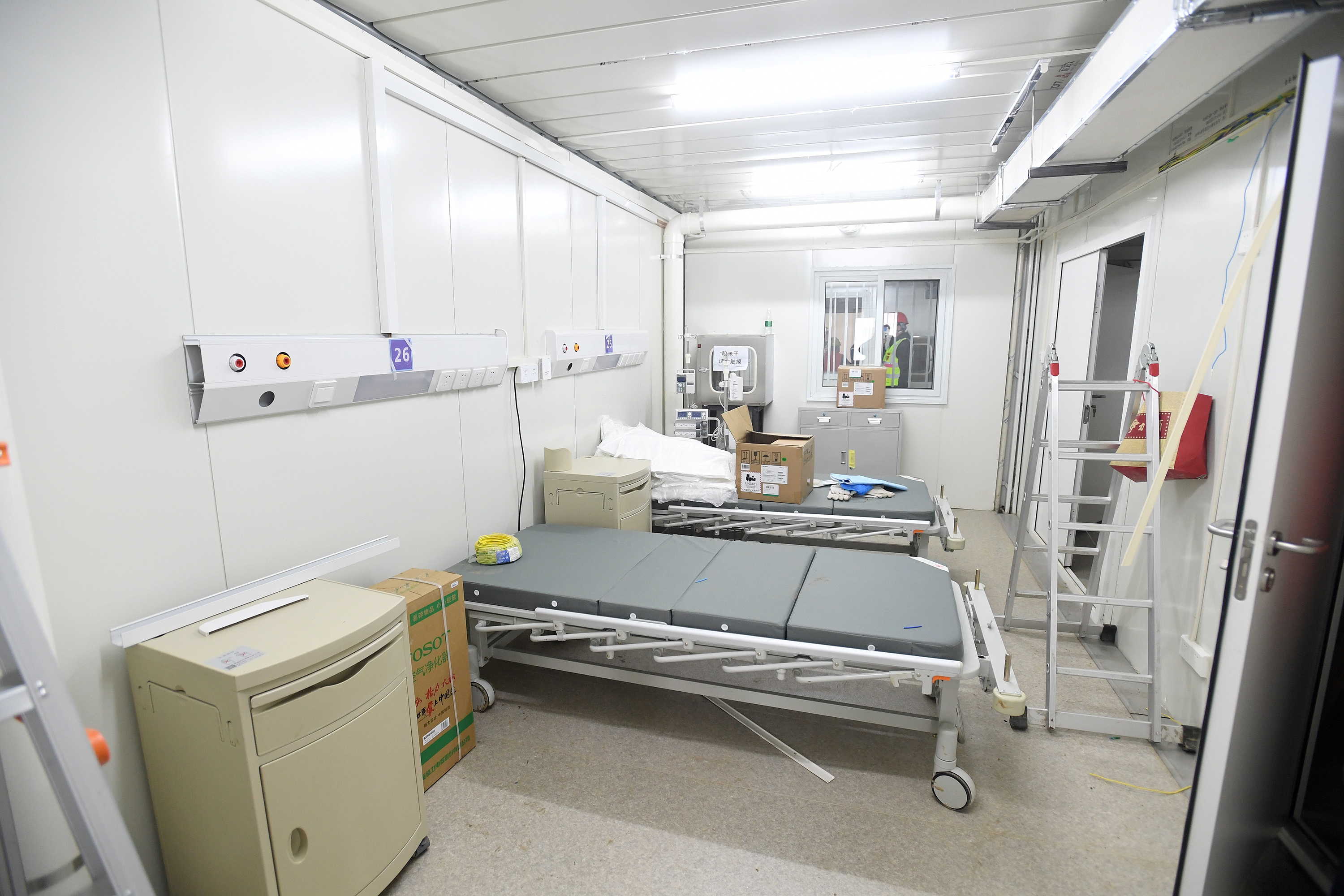 The facilities will be either be allowed to take supplies from other hospitals or order them from factories.

Wuhan, a city of 11million people in Hubei province, has been quarantined for more than a week after it was reported the outbreak started at a meat market in December.

And facilities in the city have been pushed to breaking point, with social media footage appearing to show hallways packed with patients waiting to be seen and staff stepping over dead bodies.

The opening of the two additional hospitals comes as a relief to both doctors and panties, as overwhelmed medics in China are reportedly being attacked by panicked patients.