TAKE a look inside a spooky abandoned mansion in Devon on sale for just £400,000.

The sprawling property has eight bedrooms and ten acres of land but is in need of quite the spruce up. 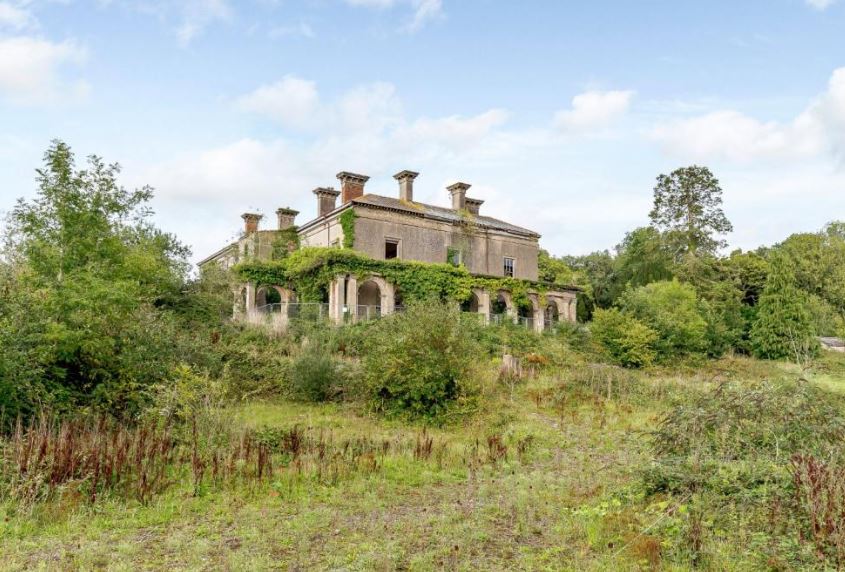 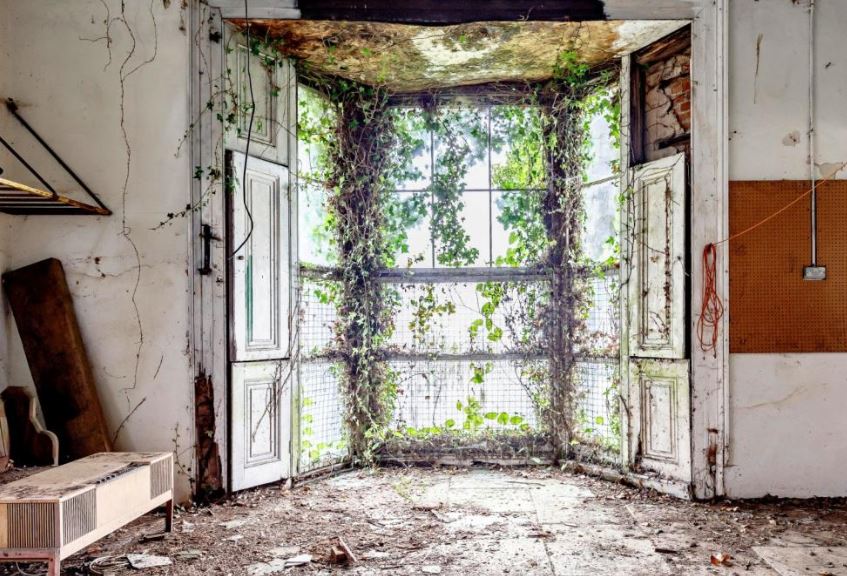 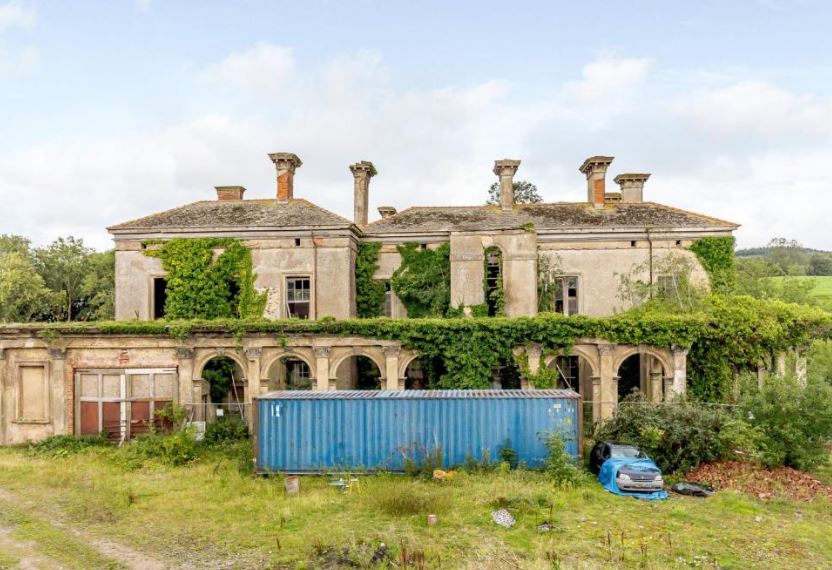 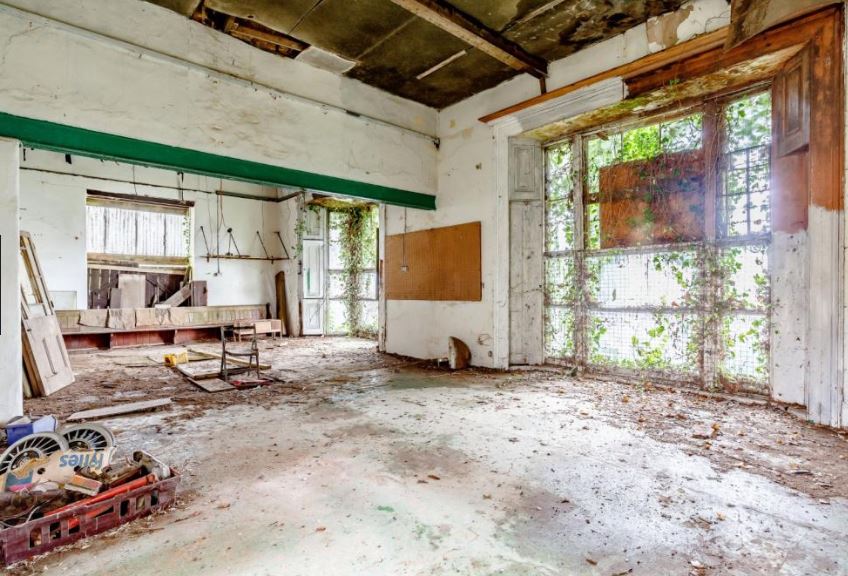 A lucky buyer able to do up the derelict manor house could create an idyllic country paradise – if they can get over its current spooky appearance.

The price of the mansion and the land is less than a London flat, and comes with huge swathes of greenery.

Amazing pictures show large open rooms covered in dirt and with walls dented and patched up.

An old chair sits in an empty room in one picture, with the walls flaking to the floorboards.

One shot reveals ancient windows out into the garden, with plants winding up the frames after years of neglect.

The grounds are green and lush with the big house perched at the top of a hill.

It could very easily feature in a horror film with the grand old features covered in plants and with windows missing.

The Devon property is overgrown and hasn't been lived in for years, leaving it to slowly fall apart. 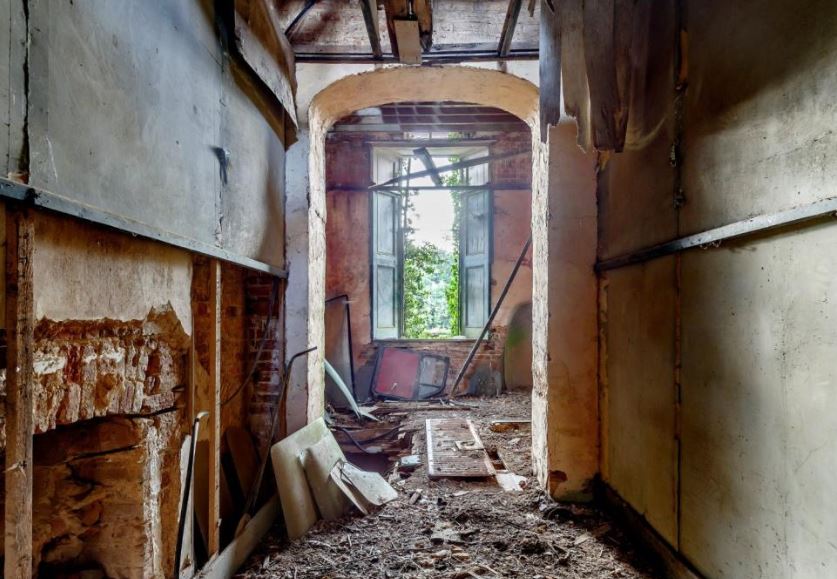 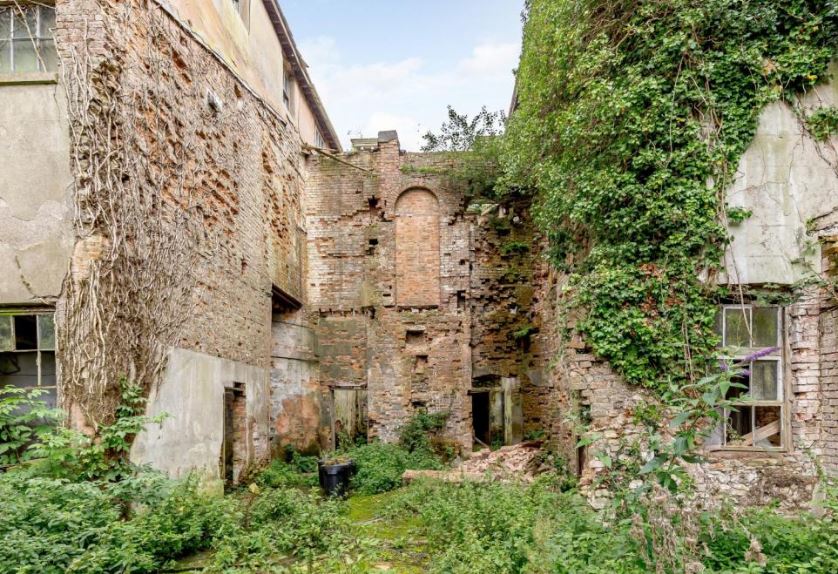 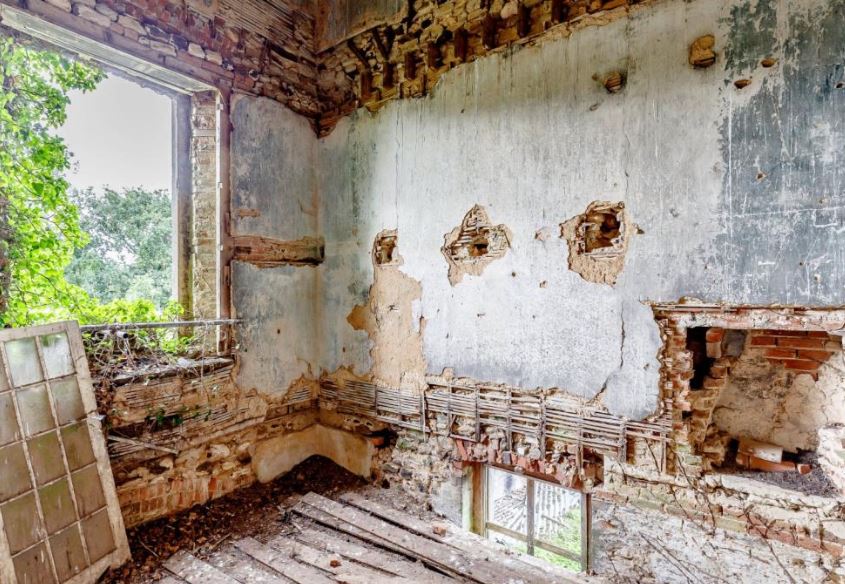 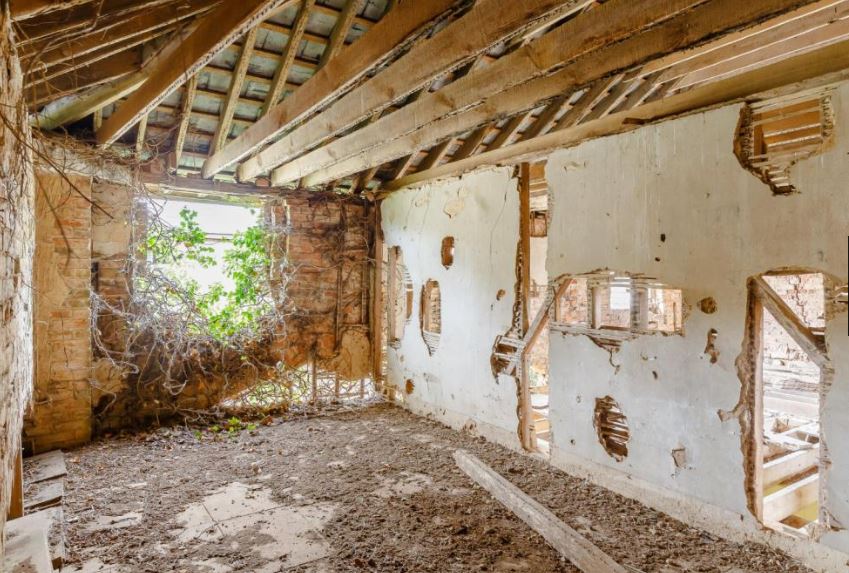 It was build in 1838 by George Francis Wyndham, the fourth Earl of Egremont.

Formally known as Blackborough House, it is set within approximately 10.4 acres.

The property need complete renovation work but could become an architectural gem with a little polishing.

"It is hoped that someone will restore it to its former glory."

It is set within the Blackdown Hills Area of Outstanding Natural Beauty, with multiple footpaths and winding lanes to explore.

The property is not far from the Jurassic Coastline and Exmoor National Park.

Honiton and the A30 are approximately 8 miles away, the M5 6 miles, Taunton 16.5 miles and Exeter just 18 miles away. 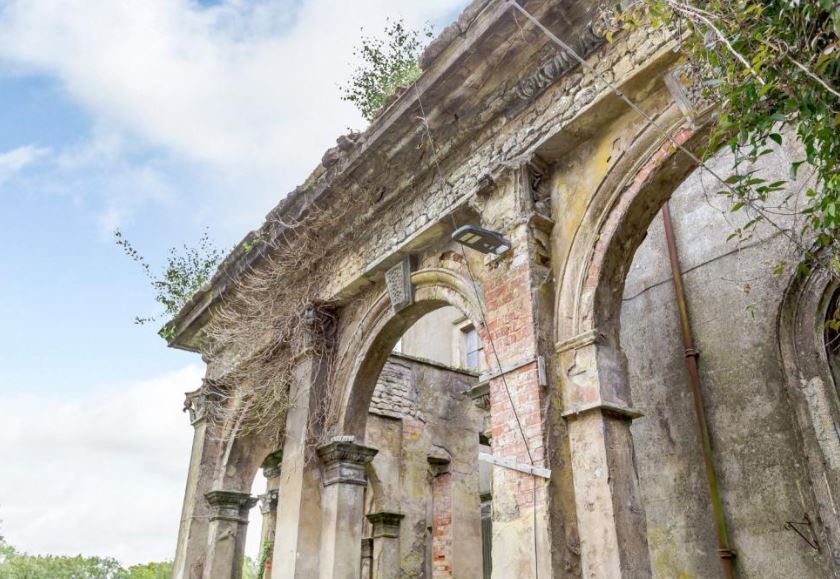 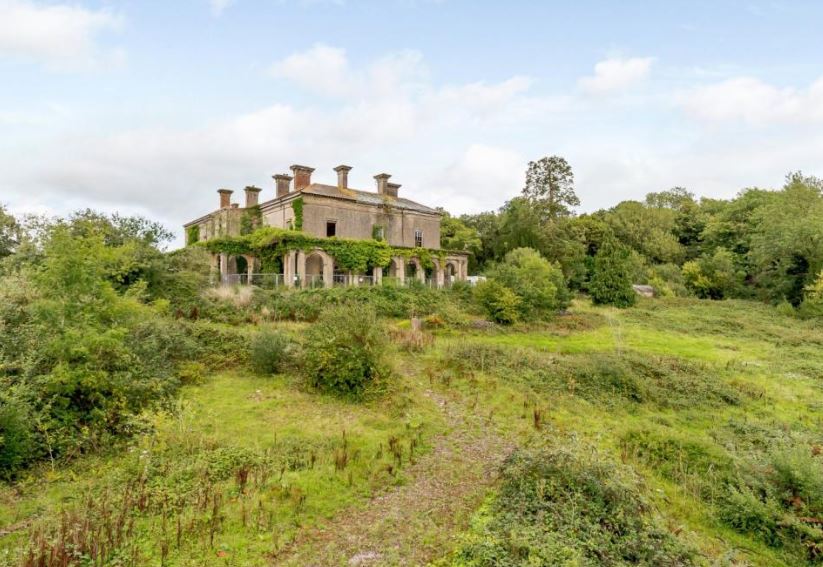 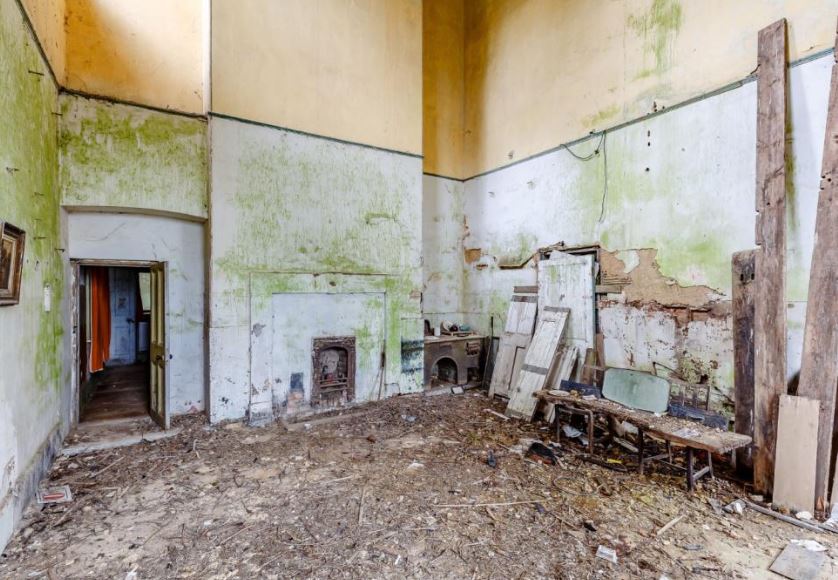 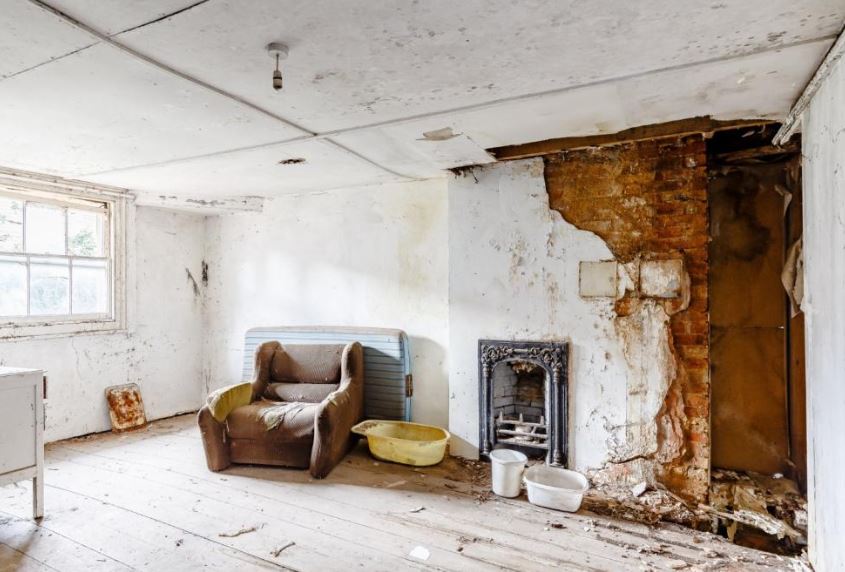 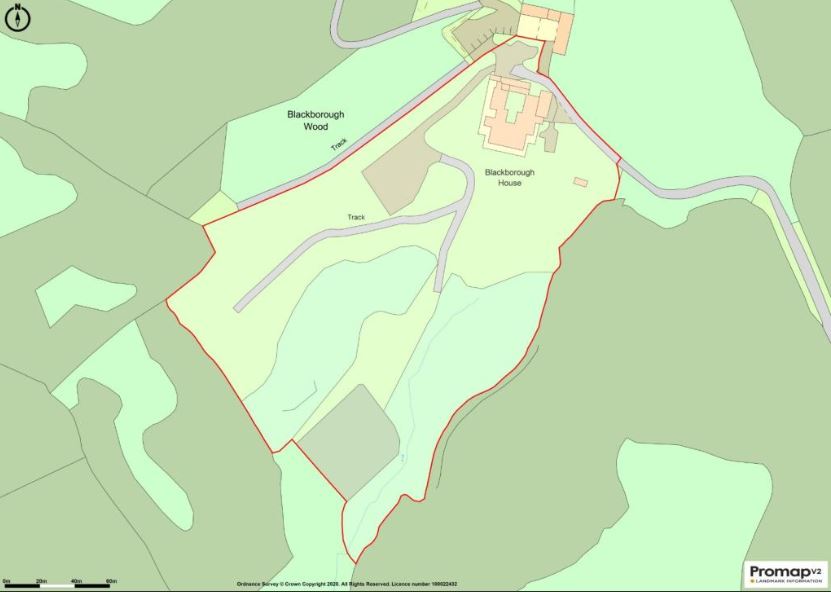