Insurers ARE liable to pay out Covid claims to small businesses

Insurers ARE liable to pay out Covid claims to small businesses, High Court rules in major victory for 370,000 firms

Insurers are liable to pay out Covid-19 claims to small businesses, the High Court has ruled in a major victory for 370,000 firms.

The Financial Conduct Authority (FCA) brought a test case over the wording of business interruption insurance policies, which some insurers argued did not cover the Covid-19 pandemic.

The FCA previously said it was bringing the legal action following ‘widespread concern’ over ‘the lack of clarity and certainty’ for businesses seeking to cover substantial losses incurred by the pandemic and subsequent national lockdown.

According to the watchdog, the value of policies likely to be affected by the test case is approximately £1.2billion. 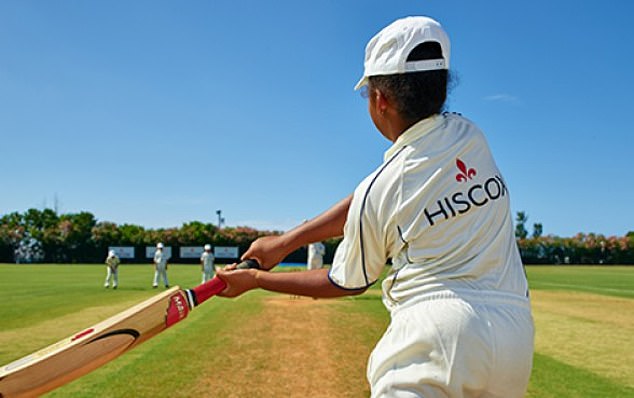 The Hiscox Action Group, which intervened in the High Court case, welcomed today’s ruling which makes insurers liable to pay out Covid-19 claims to small businesses

In a statement after the ruling, the FCA said the court determined that the ‘disease clauses’ in most – but not all – of the policies in the test case provide cover to policyholders.

But the regulator also said: ‘Although the judgment will bring welcome news for many policyholders, the judgment did not say that the eight defendant insurers are liable across all of the 21 different types of policy wording in the representative sample considered by the court.

‘Each policy needs to be considered against the detailed judgment to work out what it means for that policy.’

The FCA’s interim chief executive Christopher Woolard said: ‘We brought the test case in order to resolve the lack of clarity and certainty that existed for many policyholders making business interruption claims and the wider market.

‘We are pleased that the court has substantially found in favour of the arguments we presented on the majority of the key issues.

‘Today’s judgment is a significant step in resolving the uncertainty being faced by policyholders.’

He added: ‘Insurers should reflect on the clarity provided here and, irrespective of any possible appeals, consider the steps they can take now to progress claims of the type that the judgment says should be paid.

‘They should also communicate directly and quickly with policyholders who have made claims affected by the judgment to explain next steps.

‘If any parties do appeal the judgment, we would expect that to be done in as rapid a manner as possible in line with the agreement that we made with insurers at the start of this process. 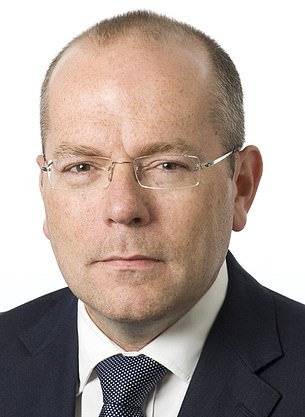 FCA’s interim chief executive Christopher Woolard, pictured above, said the judgement is a ‘significant step in resolving the uncertainty being faced by policyholders’

‘As we have recognised from the start of this case, thousands of small firms and potentially hundreds of thousands of jobs are relying on this.’

The Hiscox Action Group, which has over 400 members and intervened in the High Court case, also welcomed Tuesday’s ruling.

The group’s solicitor, Richard Leedham from Mishcon de Reya, said: ‘Today’s judgment by the High Court is one of the most significant in recent years and will provide a lifeline for small businesses across the country.

‘We joined the court case as we believed it was vital for businesses to have a voice in the proceedings and we are delighted they have finally been heard.’

He added: ‘The most important thing now is that the insurers accept this ruling and start to pay out rather than embark on a fruitless appeals process that will just cause more suffering for the very policyholders they were meant to protect.’

Huw Evans, Director-General of the Association of British Insurers (ABI), said: ‘Insurers have supported this fast-track court process led by the FCA to help bring clarity for customers and we welcome the speed with which the court has delivered a ruling.

‘The judgment divides evenly between insurers and policyholders on the main issues. The national lockdown was an unprecedented situation that posed understandable questions of interpretation for some business insurance contracts.

‘Insurers always regret any contract dispute with their customers and will continue to reflect on feedback from recent events. We recognise this continues to be a difficult time for many businesses, small and large, and for society as a whole. 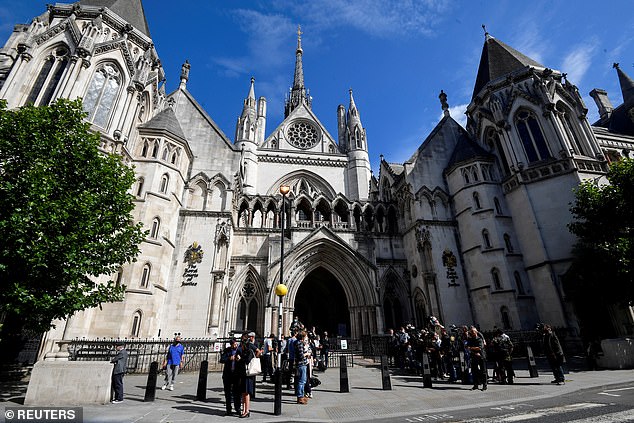 After the hearing, the FCA said the court, above, determined that the ‘disease clauses’ in most – but not all – of the policies in the test case provide cover to policyholders (file photo)

‘That is why insurers have made a range of commitments to help both businesses and individual customers through the crisis and why the industry expects to pay out over £1.7bn in Covid-19 claims.’

He added: ‘This is a complex judgment spanning 162 pages and 19 policy wordings and it will take a little time for those involved in the court case to understand what it means and consider any appeals.

‘Individual insurers will be analysing the judgment, engaging with the regulator, taking account of the appeal process and keeping their customers informed in the period ahead.’

At an eight-day hearing in July, the FCA’s barrister Colin Edelman QC said about 370,000 policyholders ‘could potentially be affected by this litigation’.

He suggested this ‘ballpark figure’ pointed to the importance of the case for businesses ‘confronting the financial impact of the coronavirus epidemic’.

It argued that, while some insurers had provided payouts to customers, many businesses had had claims ‘rejected’ under ‘blanket denials of cover’.

A witness statement by the FCA’s director of general insurance and conduct specialists Matthew Brewis said that, up to early May, about 8,500 claims had policy wordings likely to be affected by the test case, with a value of approximately £1.2 billion.