The pair's special moment, which was filmed on camera with many onlookers crowding around to watch, was ruined after the video went viral. 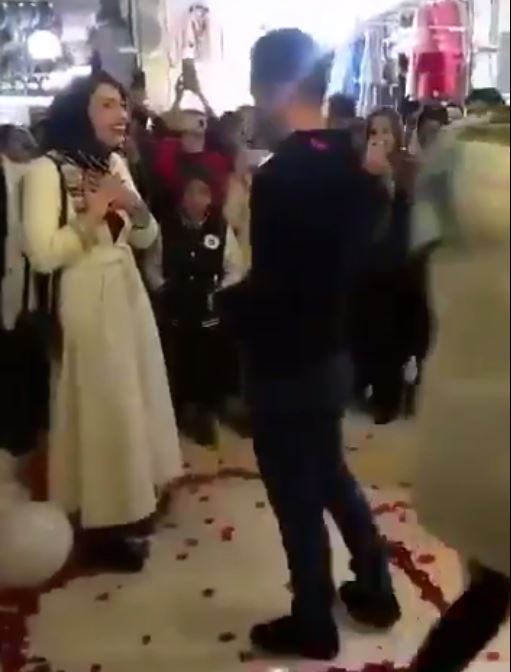 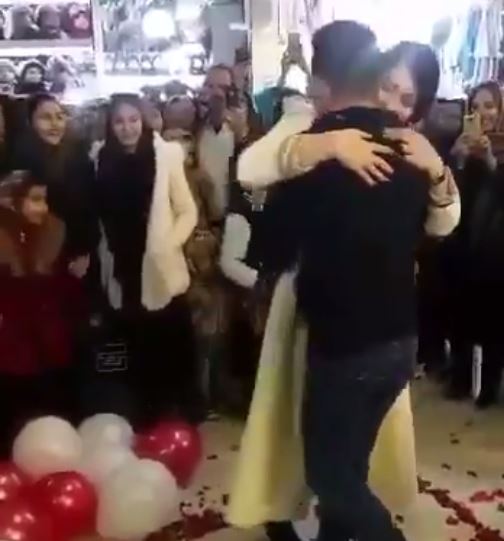 The video instantly became widely circulated on social media, and arrests were reportedly made soon after.

Footage shows the mad proposing to his girlfriend in the city of Arak in Iran, while surrounded in a heart made out of rose petals and balloons.

The crowd surrounding the couple cheered as the woman accepted his proposal, before the man put a ring on her finger and went on to embrace his fiancé.

Soon after, the unnamed Iranian couple were sought after by officials who claimed their actions "contradicted Islamic rituals".

He wrote: "Man publicly proposes to woman at shopping mall in Arak, central #Iran. Both arrested for 'marriage proposal in contradiction to islamic rituals… based on decadent Western culture,' then released on bail."

It is unclear on what the couple's bail was set to.

Relationships between Western and Muslim people in Iran are also forbidden. 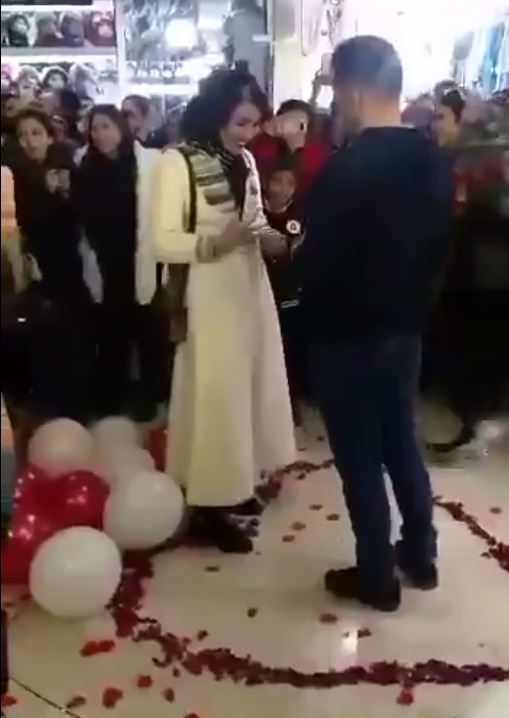 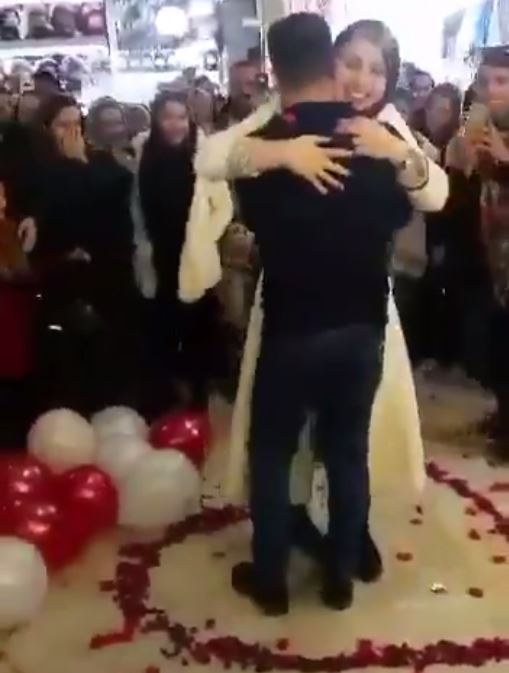