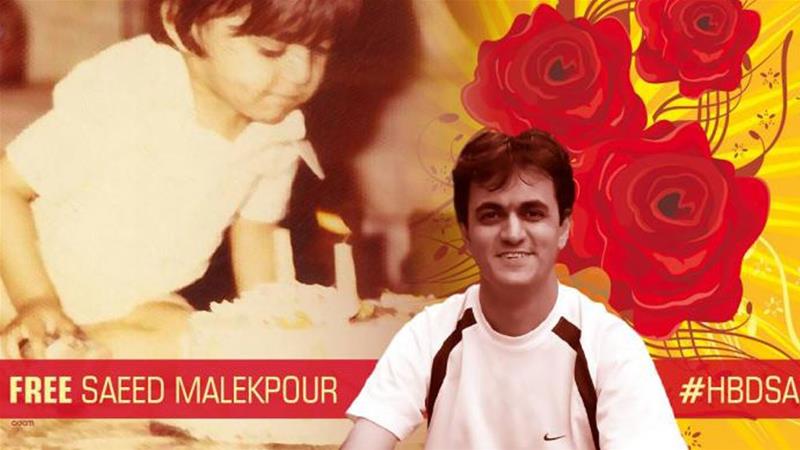 An Iranian serving a life sentence on a conviction of operating a pornographic website has fled the country while on short-term release from prison and has arrived in Canada, where he holds permanent residency.

“This individual was barred from leaving the country and has apparently left … via unofficial channels and has not returned,” according to Gholamhossein Esmaili, judiciary spokesman.

“This individual was sentenced to life in jail and had served more than 11 years of his sentence,” Esmaili was quoted as saying by the judiciary’s official news agency, Mizan Online.

He said Malekpour was given a three-day furlough on July 20 and by the end of it did not turn himself in at the prison.

Malekpour escaped Iran through a third country and is currently in the city of Vancouver, CBC, Canada’s public broadcaster, reported.

His sister posted a video on Twitter confirming he had returned to Canada.

“The nightmare is finally over! Thank you Canada for your leadership. And thank you to every single person who supported us throughout this time. Together we prevailed,” Maryam Malekpour wrote.

Malekpour was arrested in December 2008 in Iran when he returned to his native land to visit his dying father.

Iranian authorities said the programme that he created for uploading photos to the internet was used on Persian-language pornographic websites.

Malekpour had maintained that his programme, which was open source, was used on other websites without his knowledge.

He was initially sentenced to death, but that was commuted to life in prison in August 2013.

According to reports at the time, he had been found guilty on three counts, including “designing and moderating adult content websites” and “insulting the sanctity of Islam”.

During his imprisonment, Malekpour was “physically and psychologically tortured”, spent more than a year in solitary confinement and was coerced into confessing, according to Amnesty International.