‘It was terrifying’: Police on alert amid rise in reports of drink-spiking

The last thing Laura remembers before she left a nightclub in South Yarra in the early hours of a Saturday morning was feeling dizzy.

“The room was spinning and I was stumbling,” the 22-year-old law student said. “I went and found my friend and said, ‘I’m feeling really weird. I’m going to go, can you help me’ because I actually couldn’t put my address in my phone to order an Uber.” 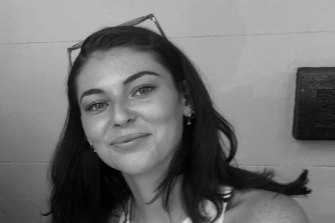 Laura suspects her drink was spiked during a night out in South Yarra.

Laura, who suspects her drink was spiked, blacked out in the taxi on the way home.

“The driver was shaking me to wake me up and I somehow managed to get out of the car and crawl up the stairs to my front door,” she said. “But I didn’t have the motor skills to get the key in the door. I just sank into the ground. My whole body was paralysed. It was terrifying.”

Across Victoria, concerns are mounting that drink spiking is on the rise following a number of incidents among women in recent months in the regional city of Bendigo and in the Chapel Street nightclub precinct in Melbourne.

At least 18 women have become seriously ill and presented in hospital following nights out, with some young women reporting they do not remember finishing their drink before waking up in hospital.

In Bendigo, 10 women have reported incidents of drink spiking to police since the beginning of February. Police have increased their patrols of licensed venues in response.

In Melbourne, police investigated another eight cases of women falling ill while at venues on Chapel Street. Each of these women presented in hospital between 1am and 3am on December 12.

All were originally investigated by police as incidents of drink spiking, however, this theory was ruled out after testing identified no illicit substances.

But Laura Bajurny, a spokeswoman for the Alcohol and Drug Foundation, said one of the biggest challenges with drink spiking was that in the vast majority of cases perpetrators used alcohol, making it impossible to detect the substance in victims.

Lacing drinks with drugs like GHB and Rohypnol, a well-known date-rape drug, was very rare, she said.

“It’s also the most accessible drug because it’s legal in Australia and it’s unlikely to be detected. It wouldn’t show up in a drug test, particularly if a person was knowingly drinking alcohol that night.”

Laura, who requested her last name not be published for privacy reasons, wanted to speak out to encourage other young women to be alert to the dangers of drink spiking.

“I can’t help but think about what could have happened if I wasn’t able to get home,” she said. 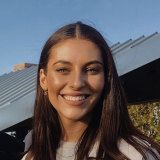 Laura is speaking out about her suspected drinking spiking experience to encourage other women to come forward.

She claims staff focused on how many drinks she had consumed and denied her repeated requests for a toxicology test.

“A nurse took my blood pressure and said, ‘big night is it?’ She asked me: ‘How many drinks did you have before you left the house?’ It made me feel belittled and like they didn’t believe me.”

Laura estimates she had about nine standard drinks stretched out over eight hours and ate dinner before venturing to the South Yarra nightclub precinct.

“I had consumed a few drinks over a long period of time, but I was not drunk,” she said. “I was completely lucid.”

Laura also raised concerns her drink had been spiked with a doctor at The Alfred.

But she said he told her he was unable to undertake any tests because it was a “criminal matter”, leaving her feeling “dismissed”.

Laura’s family has lodged a formal complaint with The Alfred, seen by The Age, detailing concerns about how her case was handled.

An Alfred Health spokeswoman said incidences of drink spiking could be distressing and it was important they were handled with discretion and sensitivity, even in challenging and busy emergency departments.

“We are in direct contact with this patient to discuss her concerns,” the spokeswoman said. “We apologise to our patient as the experience she describes is certainly not the standard we set for staff behaviour in these circumstances. We are reviewing the incident with staff involved.”

Under standard hospital protocols across Victoria, people who present to the emergency department with symptoms of intoxication are treated for their symptoms until they are well. Depending on their presentation, they may be asked to undergo a urine toxicology screen.

If a patient suspects their drink was spiked, it is recorded in their clinical notes and they are encouraged to report it to police.

Police confirmed they were investigating Laura’s case and treating it as a suspected drink spiking.

But Ms Bajurny, of the Alcohol and Drug Foundation, said the true extent of drink spiking remained hidden due to stigma, lack of data and under-reporting.

“The stigma is really important because it is the same reason women haven’t been reporting sexual violence for decades,” she said. “They’re afraid they won’t be believed or they’ll be blamed.”

About a third of cases result in sexual assault. Other motivations include theft or a misguided prank.

According to crime statistics data, there were 16 recorded offences of “giving a drink containing intoxicating substance intending harm” between 2016 and 2020.

Investigators are able to request a forensic medical officer to take blood samples from a victim if they suspect drink spiking has occurred.

Assistant Commissioner Glenn Weir, who oversees the drugs portfolio at Victoria Police, encouraged people to be vigilant with their drinks.

“When there are suspected linked incidences of drink spiking, police often conduct roving patrols in licensed venues to prevent further offending,” he said.