Over a week after the end of the 2020 election, there should be no question in coverage that Republican officials are spreading disinformation about election results and the validity of votes cast.

Donald Trump, his campaign, his administration, and fellow Republicans aren’t simply refusing to concede, they are actively and openly undermining democracy.  The question of whether Trump would peacefully transition out of office has been asked and answered long before the election was called and yet media outlets have increasingly grappled with how to cover this moment.

How different would coverage be if this defiance and outright refusal to acknowledge an election outcome and validly cast votes were in another country? The great threat in this moment is not ‘sloganeering’ but disinformation. Disinformation is not simply bad content, or Buff Bernie cartoon pages requiring content moderation or deletion. When wielded with precision, through sophisticated political networks and amplified by media and online platforms, disinformation can be a form of voter suppression and a mechanism for undermining democracy.

Speaking with ESSENCE, political strategist Michele Watley challenged media outlets to take seriously the duty to inform the public. “We can’t have outlets that are trusted by the public being purveyors of misinformation or vehicles by which untruths are delivered into the homes of the American people,” Watley, founder of The Griot Group, said.

Coverage over the past months pointed to research showing that Trump’s disinformation was aided by media coverage, including mainstream outlets. Reporting on Trump’s lies, and the distortions of republican leadership without prioritizing facts cedes narrative control and furthers confusion.

Watley affirmed the need to fundamentally shift the way we discuss and engage in politics and political discourse. One example she says is campaigns recognizing the value and labor of Black women before crisis strikes and as more than the old faithful ‘backbone’ often used to describe us. “The backbone, or the workhorse…the piece that’s supposed to hold it all together when all else fails, and essentially absolves anyone else with any real responsibility or put in the work,” Watley said.

Watley said this framing puts the onus on Black women to be strong and all encompassing, without requiring much of others. “While we do amazing things we’ve been able to be resilient [but] we’re still human beings and we get tired. I don’t want to be nobody’s backbone, workhouse, or mule. People need to step up.”

Beyond the soundbite referencing of particular groups, whether its overgeneralizing Latinx voters or over analyzing the polling of Black men Watley agreed that the horse race, game show approach to political coverage and strategy is a threat to democracy people claim to value and protect.

“News sources are playing in the entertainment space, and that’s not their lane,” said Watley. “If I want drama or sports [commentary] I’ll turn to ESPN and TMZ. [But] we are talking about democracy hanging in the balance and I need to know what is going on, what is true and what is not.”

As the media has scrambled to figure out how to cover an outgoing president and administration that continues to undermine a valid election, it is clear we need to shift coverage from spectator sport commentary to democracy as practice to be protected at all cost. This is a watershed moment in modern American politics that requires honest engagement with the reality that white supremacist who would rather support fascism to maintain control and frustrate democractic process.

Instead of capitulating to calls for unity or putting the responsibility on impacted communities to let bygones be bygones, political commentators, strategist, and media at large should help cut through the noise.

Claims that president-elect Joe Biden owes a special duty to the portion of the country that did not vote for him is a sharp departure from the approach to conservatives like George Bush and Ronald Reagan who won a similar share of the popular vote. Last month, Republicans claimed that flipping the senate in 2014 and winning the presidency in 2016 gave them the mandate.

Realigning notions of fairness and balance to center on democracy and informing people, versus appeasing “both sides” would yield better coverage that informs and engages people with the necessary context for current political discussion. It also might help if networks would not force on us the opinions of partisan cheerleaders and people who covered up murders.

Rahm Emmanuel should not be anyone’s go to for analysis and commentary. And yet he is frequently in rotation pointing to a need to reevaluate the underlying value proposition dictating who gets elevated in the world of punditry and political commentary. Such decisions are biased and centered in standards of whiteness and white supremacy that rarely sees value in those who exist outside of preexisting standards of respectability and civility.  This same approach colors which candidates are seen as viable and worth investing money and coverage.

Decentering whiteness in coverage and commentary would lead to news organizations recognizing the value of organizers of color across states like Arizona instead of automatically giving credit to people’s affinity for a deceased white political figure. The battle of narrative continues to be waged in Georgia, where organizers have fought for years to get covered in a way that centers community organizing instead of simplistic framing of political saviors. 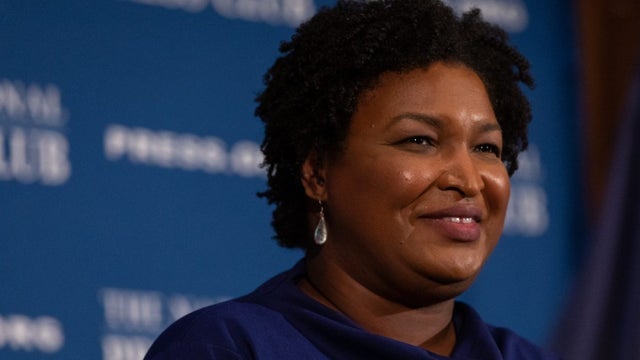 Across the country Black and other organizers of color continue to stand in the gap in the face of fascism because our communities cannot afford to slip any further. Current coverage would have us believe that Black organizers and others protesting and demanding equity and justice cost democrats seats up and down the ballot when Black organizers played a critical role in winning this election.

Thinking about the response needed in this moment, Watley says it cannot be under the guise of civility and unity. “For Black folks in particular, those are words that serve to silence us from speaking up against the atrocities and justices we’ve suffered,” said Watley. “They become ways to push things under the rug.

As the 2020 presidential election cycle has come to a close, the fight to control the post election narrative is underway. While pundits and mainstream Democrats scramble to figure out what happened, Trump and company continue to lie and distort about the election outcome. Despite Trump’s defeat, this is what America has always been. Hand wringing and concerns about moving too far left or losing particular voters obfuscates the reality that certain people in this country are willing to vote against our rights and existence.