CORONAVIRUS vaccines will "fail to protect" people from new variants of the virus, experts have warned.

As viruses grow and mutate they can come to evade vaccines and Sage scientists have stated that jabs already being rolled out might not protect people against new variants. 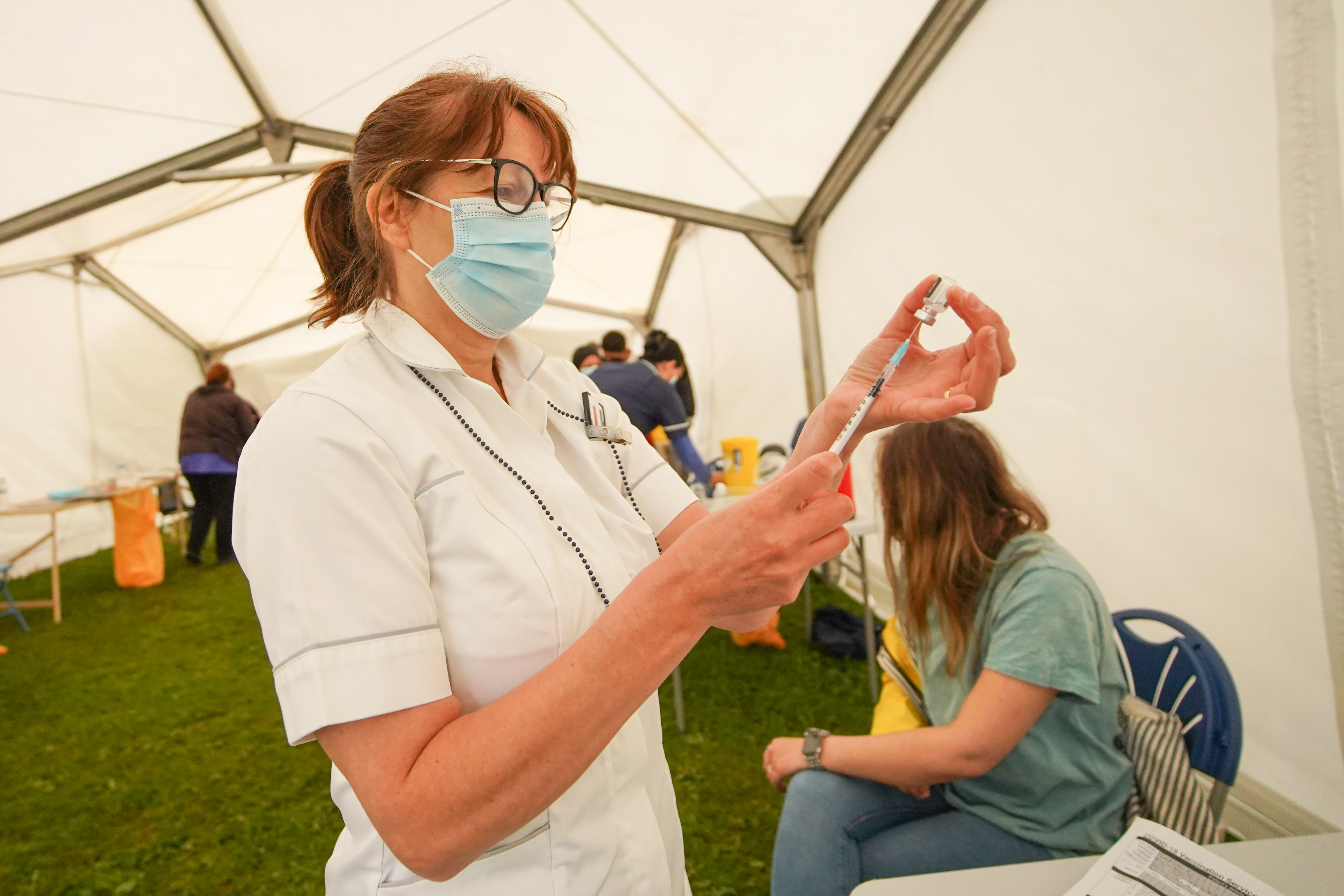 The vaccine rollout in the UK has been going at full speed and was this week accelerated in some areas due to concerns around the Indian variant.

Vaccine centres in hotspot areas such as Bolton and Blackburn were given extra capacity and sites offered extended opening hours in the hope they would be able to jab people at speed.

It was also revealed this week that the emergence of a new variant of concern in Yorkshire would be monitored – but public health officials have urged people to not be "alarmed" and to continue to follow government guidance.

Prime Minister Boris Johnson this week said data suggests that the vaccines being rolled out do work against the Indian variant.

But experts at Sage say it might not work on other variants down the line.

In papers released this afternoon they said: "Eventually it is likely that the virus will display sufficient substantial antigenic variation and current vaccines will fail to protect against transmission, infection, or even against disease caused by newer variants."

"Loss of vaccine effectiveness will result in further economic and social costs", they added.

Earlier this week it was revealed that booster vaccine trials would commence in the UK.

People who have had both doses of their vaccine were encouraged to come forward and sign up for the trials in the hope that it would prevent a third wave of the virus in the autumn months.

The Sage papers hinted that further doses of the current vaccines in the form of booster shots "might maintain and/or boost protection into winter 2021/22".

The paper states however that these jabs might not work as well in people who have a "less robust immune response".

The B.1617.2 variant is now believed to be the dominant strain across 23 areas in the UK.

Speaking this week Mr Johnson said: "We have looked at the data, we have increasing confidence vaccines are effective against all variants including Indian." 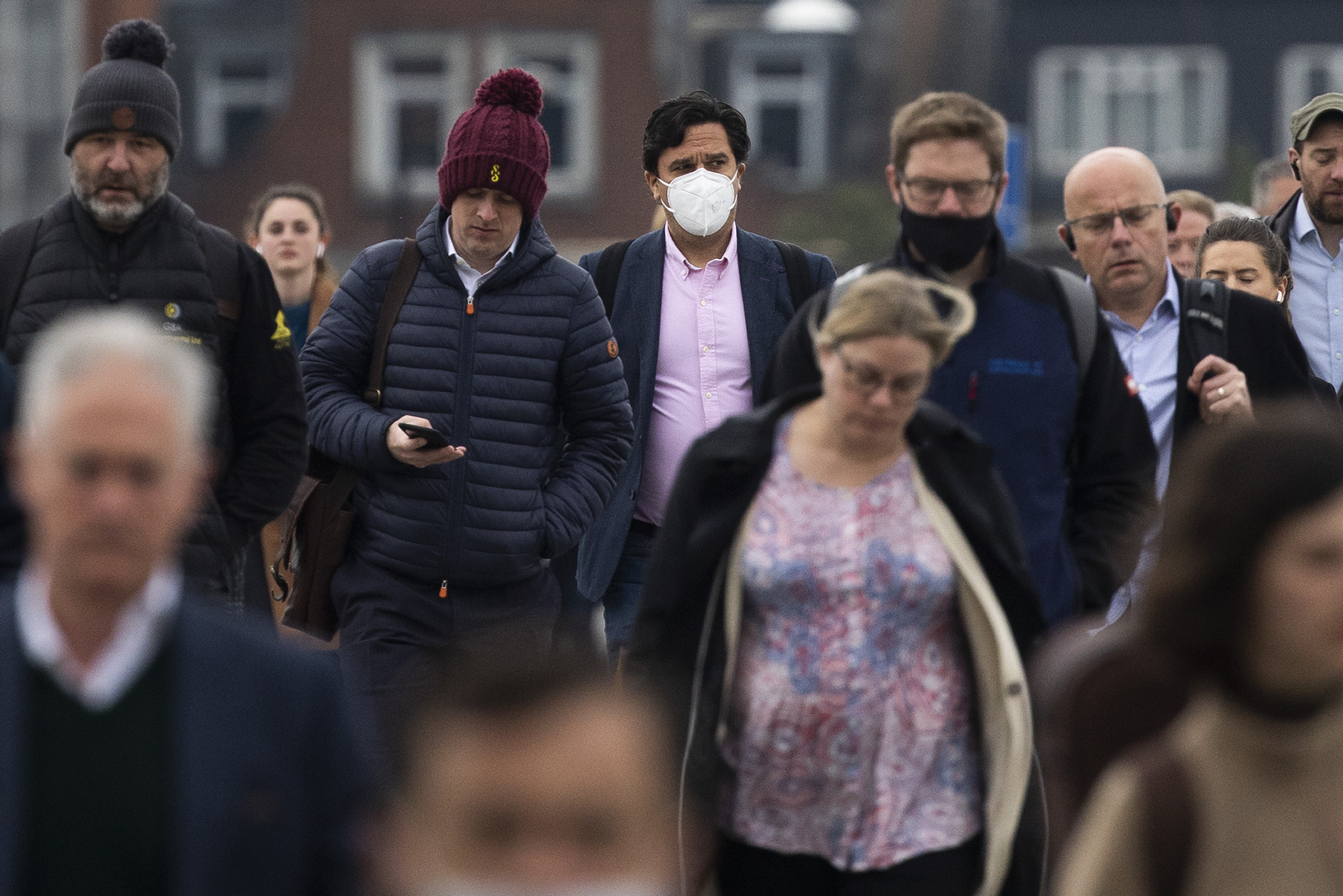 The PM told the House of Commons 70 per cent of the country has now had a first jab.

Three vaccines are being rolled out, the Oxford/AstraZenenca, the Pfizer/BioNTech and the Moderna.

Vaccine uptake has been high across the country but Health Secretary Matt Hancock this week suggested people in hospital with the Indian variant, in hotspot areas such as Blackburn and Bolton, had not taken the jab even though they were eligible.

Cases are high in Bolton – where the Indian strain is now the dominant strain and Mr Johnson thanked residents in the area for coming forward to have their jabs.

But elsewhere, Yorkshire and the Humber had the highest proportion of people of any region in England likely to test positive for coronavirus in the week to May 15: around one in 520.

Data earlier this week revealed that the Oxford/AstraZeneca jab is is 97 per cent effective against India strain.

A study 3,235 vaccinated healthcare workers in India given the AstraZeneca found that only 85 reported symptoms of Covid and just two required hospital treatment. 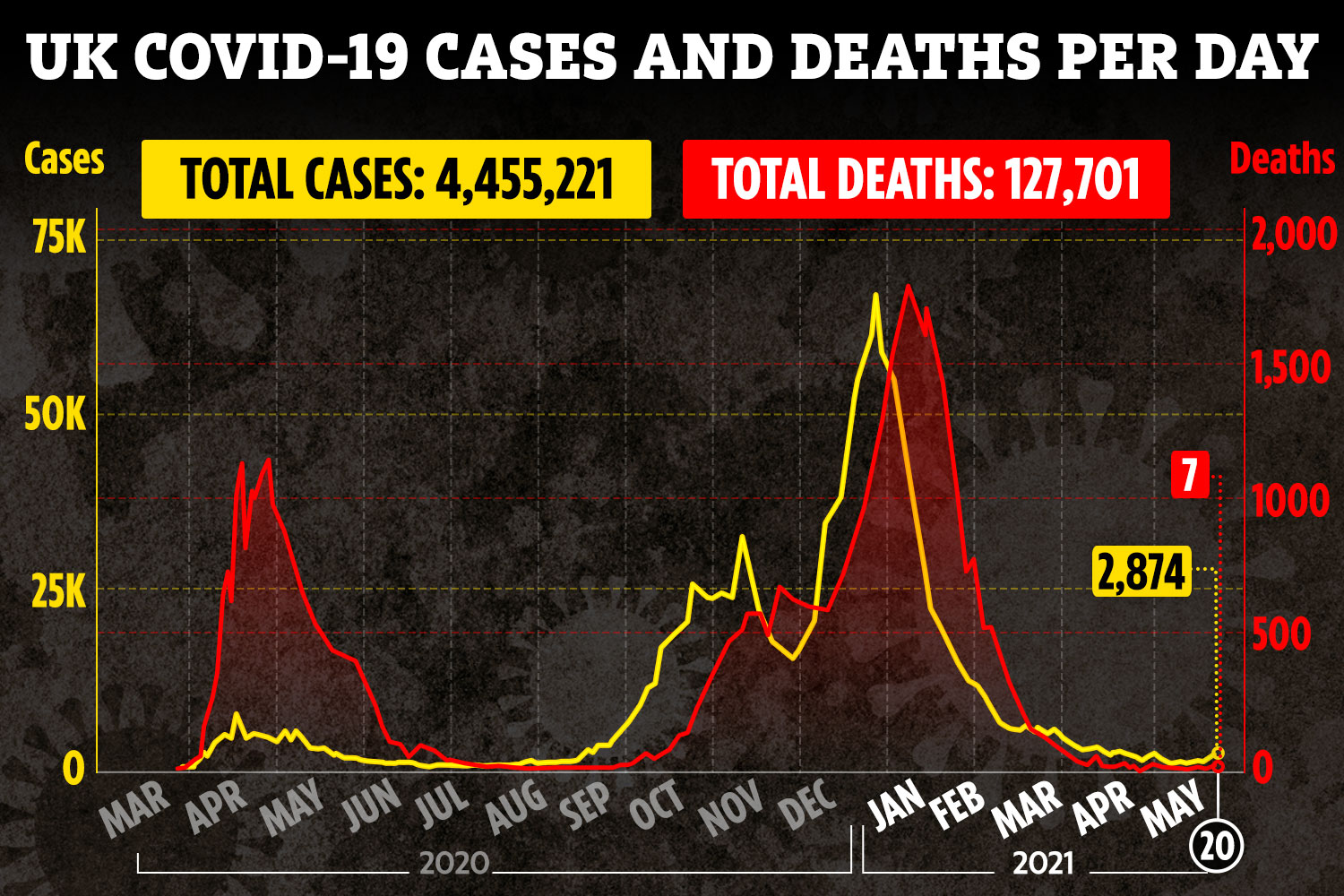 While they experts at Sage warned that "loss of vaccine effectiveness will result in further economic and social costs", they stated that there is a solution.

The experts said that vaccines should be updated at the same pace as the virus progresses and that "multi type" vaccines could be a route to go down.

The paper states: "We should also consider whether future vaccination policy will aim to immunise the whole population or only those at risk from severe disease, and how this might be impacted by the long-term accumulation of baseline immunity in the population and long-term evolution of the virus."

The experts said the UK is in a "strong place" when it comes to virus surveillance and stated that the country could "pave the way" in an updated vaccine system.