A man who ignored a friend’s warning not to drive after several hours of drinking and then hit and killed a pedestrian has been jailed for four years.

Stephen Papagelou drank three shots, three mixed drinks and a glass of wine with friends in the three hours before he drove through a red light in Chapel Street, South Yarra and hit Henry Ekselman as the 73-year-old crossed the road. 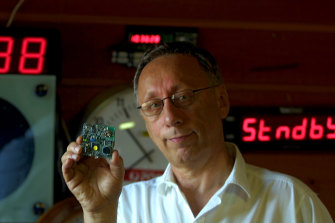 Mr Ekselman, a father of five and grandfather who lived nearby, suffered critical injuries when hit at 8.52pm on November 18, 2018. He died about an hour later in hospital.

After drinking at a Richmond pub and a nearby pizza restaurant, Papagelou pulled up in his new Mercedes-Benz outside the pizzeria, where one of his group warned him against driving and moved to get out of the station wagon.

But Papagelou held the friend’s arm and inched his car forward, which obliged the woman to get back in. 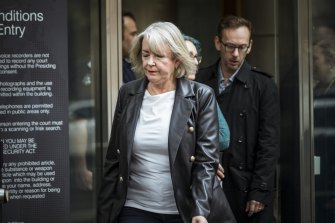 As Papagelou then tried to catch up to a friend’s car, he overtook another car that was slowing down for a red light and accelerated into an intersection and hit Mr Ekselman – who was crossing the road against a red light – at between 43km/h and 52km/h.

Judge Doyle said Papagelou had a good prior driving record but found the alcohol had a disinhibiting effect and contributed to his decision to try a dangerous move.

“The circumstances that led to the fatal collision in this case highlight how a series of poor decisions related to the driving of a motor vehicle can result in a catastrophic outcome that irrevocably alters so many lives,” the judge said.

Judge Doyle said Mr Ekselman was a much-loved and respected man whose death had a profound impact on his family and friends.

Papagelou’s driving that night was out of character, the judge said, and he was remorseful, had apologised to Mr Ekselman’s family and had been diagnosed since with post traumatic stress disorder.

But his offending meant a jail term was inevitable. The mortgage broker and former restaurateur also had his licence cancelled for 18 months.

In a statement, Mr Ekselman’s family was satisfied Papagelou was jailed.

“From the moment Stephen hit Dad he has sought to reduce the impact to himself, only pleading guilty at the very last moment to reduce his sentence,” the family said.

“While no sentence will bring Dad back we feel satisfied that today’s sentence will provide Stephen adequate time to reflect on the true impact of his actions.”

The family thanked police, prosecutors and the passers-by and medical staff who tried to save Mr Ekselman’s life.

“Dad was vibrant, healthy and full of life. A loving and caring father, grandfather, stepfather and husband. We miss him every day.”