Anyone threatening to leak sex tapes or other explicit images of someone without their consent will face up to two years in jail.

Publication of lurid and pornographic images of an unwitting victim, such as a former partner, has been a crime since 2015.

The proposals will now make it illegal to threaten to carry out such acts. 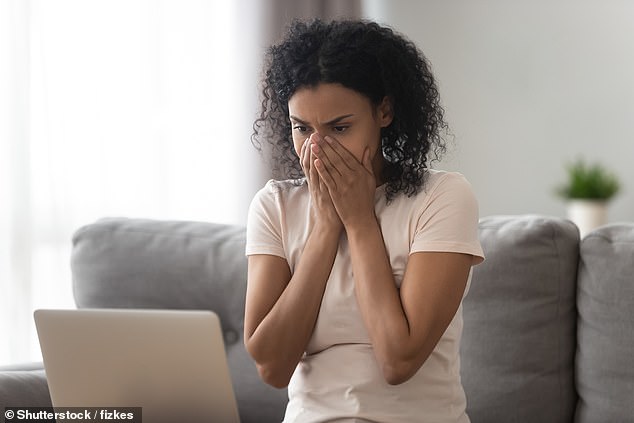 Publication of lurid and pornographic images of an unwitting victim, such as a former partner, has been a crime since 2015

Amendments to the Domestic Abuse Bill now before Parliament will also create an offence of ‘non-fatal strangulation’, with up to five years in jail for abusers who restrict someone’s breathing.

Further changes will allow vulnerable victims to give evidence from behind a screen or on video in civil courts dealing with some aspects of abuse.

Revised orders in family courts will also prevent abusive ex-partners from repeatedly forcing their victims to appear in court.

In another measure, ex-partners and family members will be brought under the existing criminal offence of ‘controlling and coercive behaviour’ and could face action even if no longer living with the victim.

She added: ‘My life when I left the Love Island villa was turned upside down as a result of the sharing of intimate images.’

Lisa King, of Refuge, said: ‘This is a significant moment for women experiencing domestic abuse who have been threatened with the sharing of their private, intimate images and we are thrilled that the Government has recognised the need for urgent change.

‘Our research found that one in seven young women have experienced these threats to share [images], with the overwhelming majority experiencing them from a current or former partner, alongside other forms of abuse.’

The Bill is expected to get royal assent in the spring.

Chancellor Rishi Sunak will announce a £19million package to tackle domestic abuse in this week’s Budget.

He will allocate £4.2million for 132 new beds at ‘respite rooms’ in England where victims can escape domestic violence.

A further £15million will go on programmes that aim to prevent perpetrators carrying out domestic abuse in the first place.