Jail for vet who smuggled heroin to US in puppies

New York: A Colombian vet who surgically implanted liquid heroin inside live puppies to smuggle the drug into the United States has been sentenced to six years in prison. 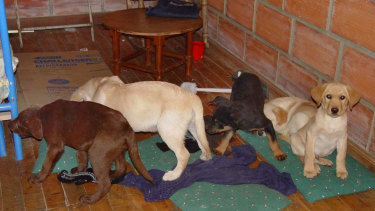 A 2005 photo showing puppies rescued from a farm in Colombia destined for use by vet Andres Lopez Elorez, who worked for a drug-trafficking ring. Credit:DEA

Andrew Lopez Elorez, 39, admitted conspiring to import heroin and will be deported to Colombia after his sentence, according to federal prosecutors in Brooklyn, New York.

"Every dog has its day, and with today's sentence, Elorez has been held responsible for the reprehensible use of his veterinary skills to conceal heroin inside puppies as part of a scheme to import dangerous narcotics into the United States," Richard Donoghue, US Attorney for the Eastern District of New York, said on Thursday, New York time.

According to prosecutors, between 2004 and 2005, Elorez leased a farm in Medellin, Colombia, where he reared dogs and sewed bags of liquid heroin into nine puppies for importation to the United States. 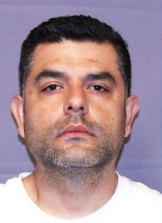 During a search of the farm in 2005, foreign law enforcement agents seized 17 bags of liquid heroin weighing nearly three kilograms, including 10 bags extracted from the puppies. Three puppies died after contracting a virus following the surgeries,  prosecutors said.

Elorez was a fugitive before being arrested in Spain in 2015. He was extradited to the United States in May 2018 and pleaded guilty in September last year.