A PREGNANT woman was left with horrific injuries after her husband’s ex-wife attacked her with a meat cleaver.

The mum-to-be had three fingers chopped off in the incident, and had to undergo seven hours of surgery to have the rusty weapon removed from her forehead. 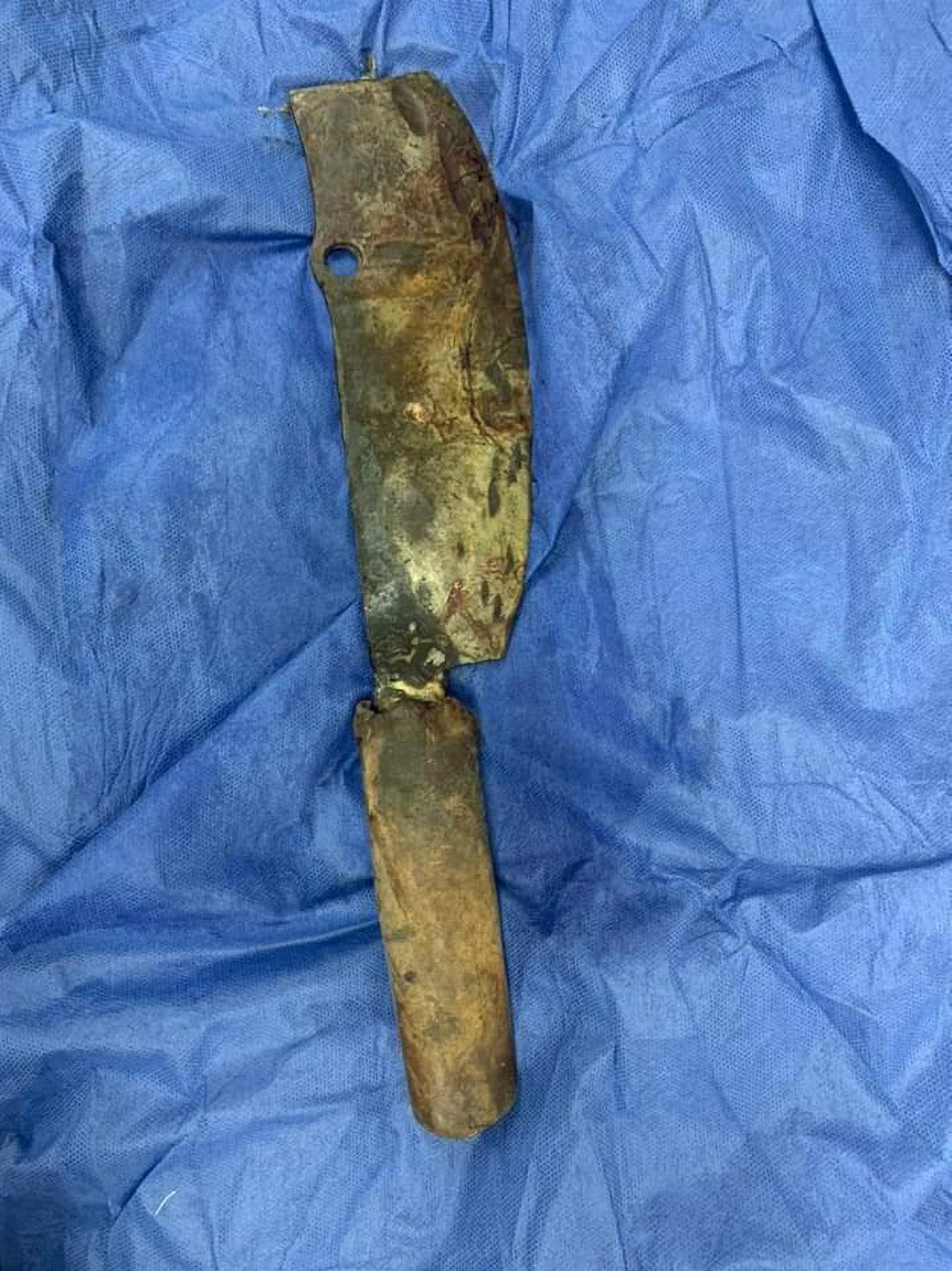 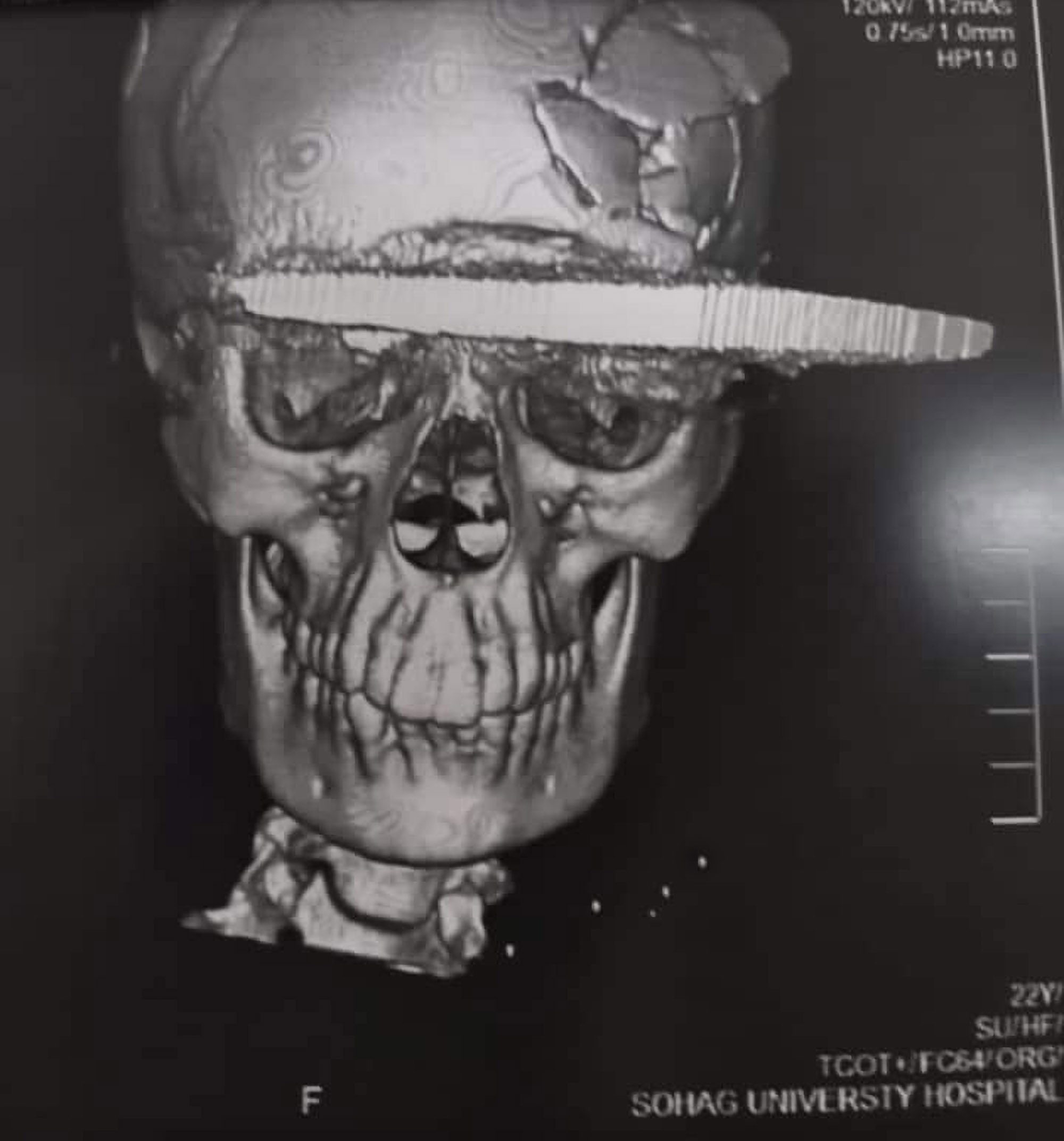 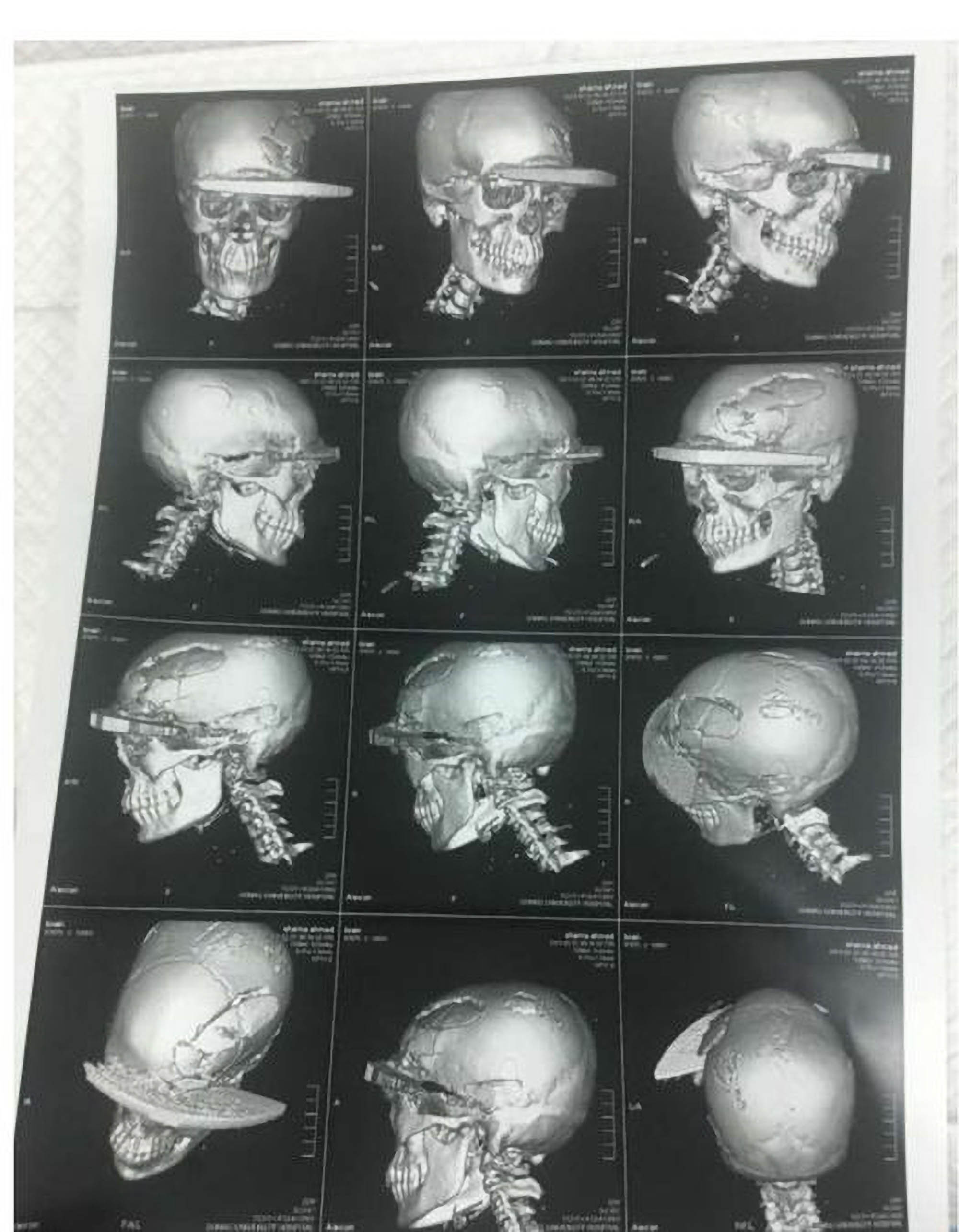 Medics managed to successfully remove the cleaver from her head, and had to be operated on immediately due to the amount of blood that she lost.

The victim, six months pregnant, was allegedly attacked by her husband's first wife in the village of Umrah in the Qena Governorate.

She was rushed to  Sohag University Hospital in the city of Sohag earlier this week after the incident.

A hospital spokesman said that the victim, identified only as RA, was rushed to hospital with a meat cleaver in her head plus additional injuries to her scalp and skull fractures.

In the operating theatre, doctors carefully extracted the large blade from the woman’s head, according to hospital director Hamdy Saad, and she also had three fingers chopped off. 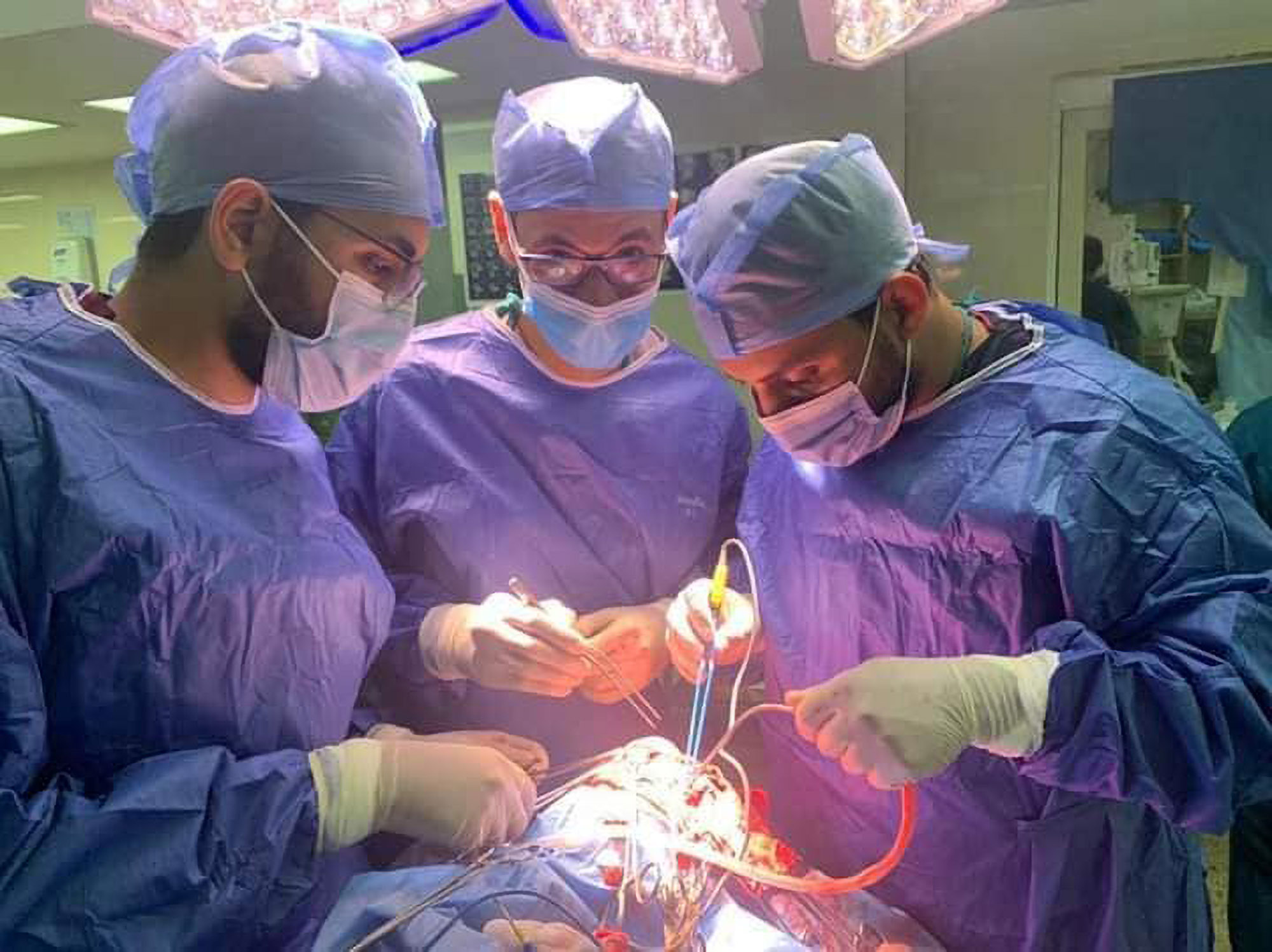 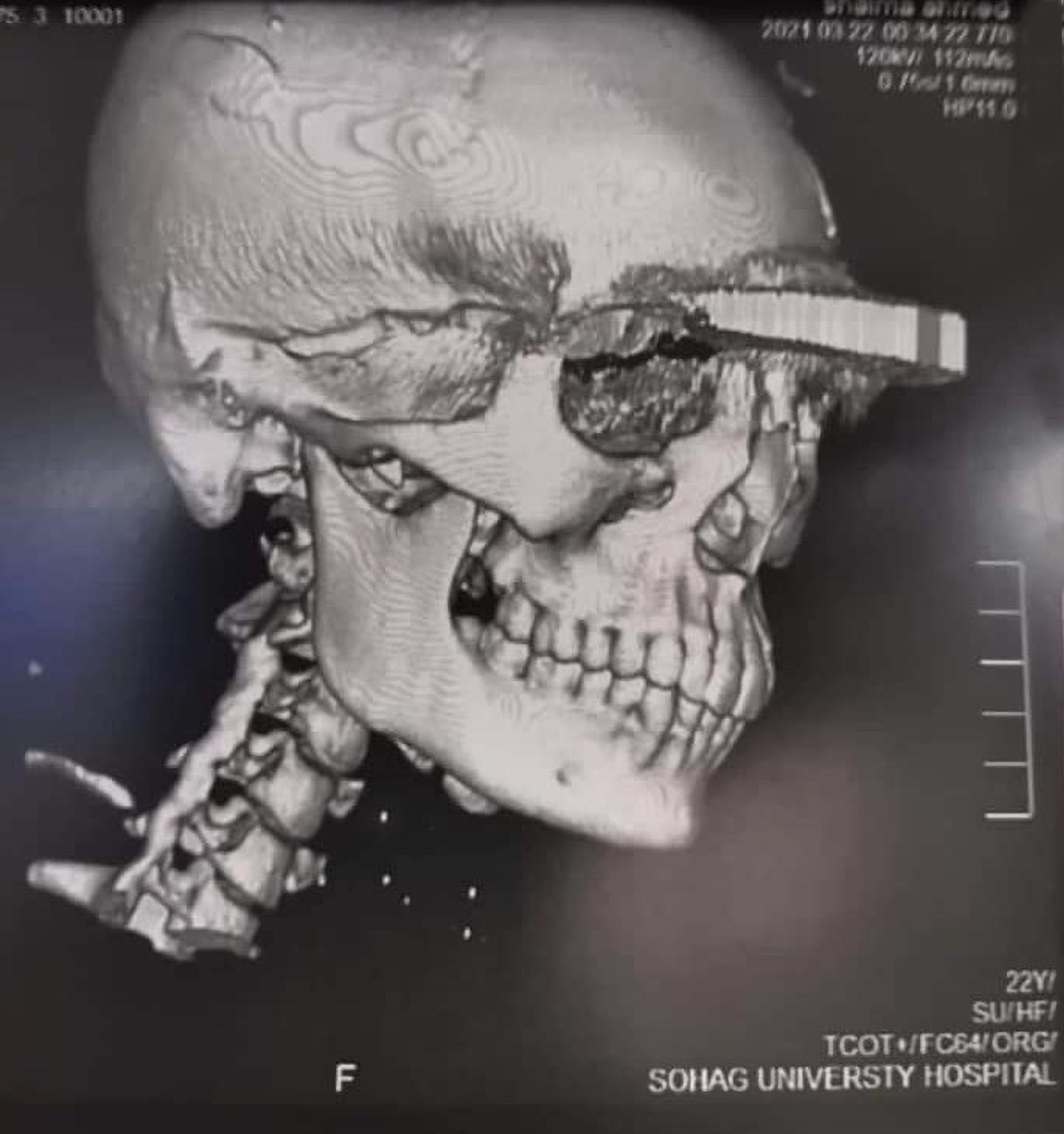 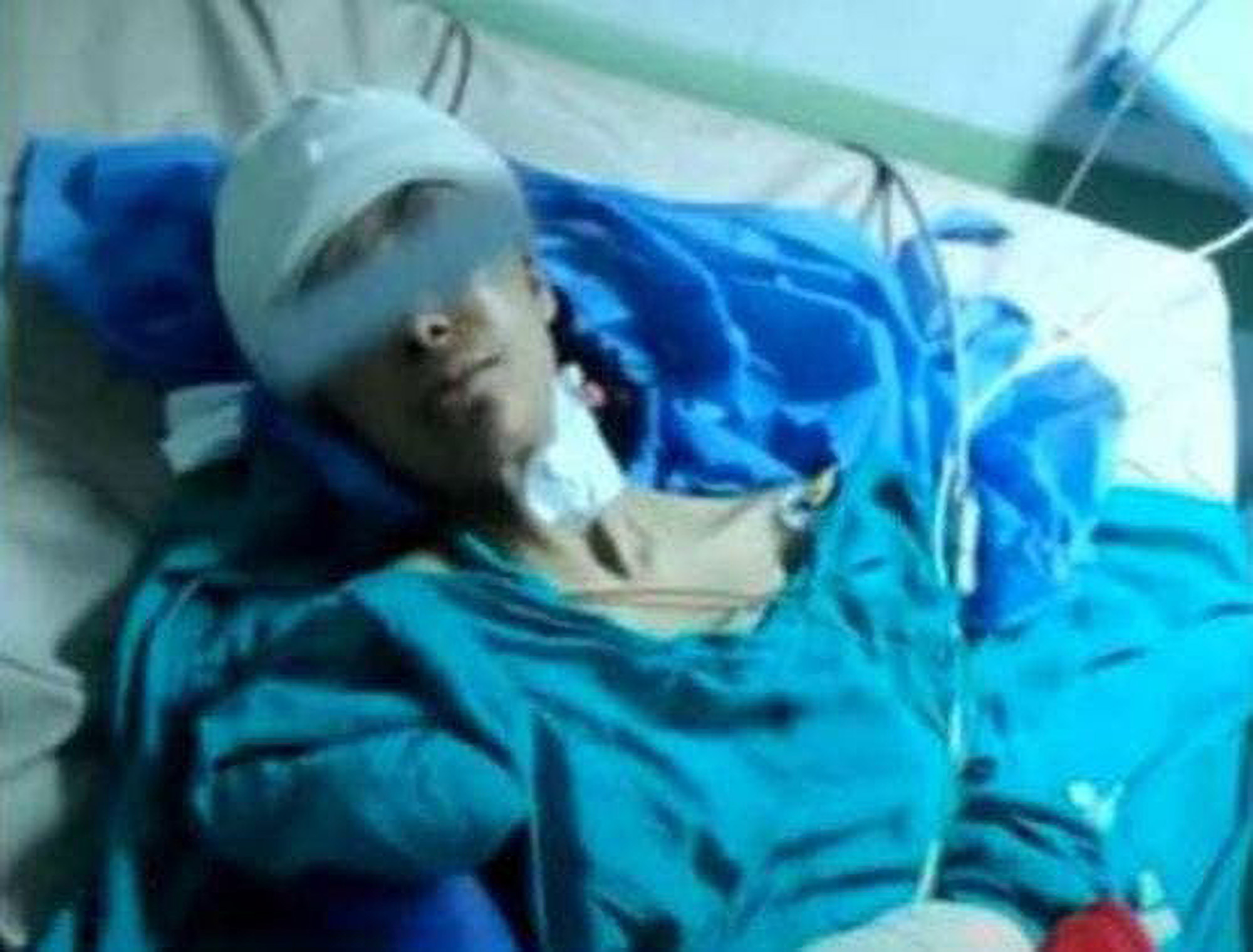 She suffered multiple skull fractures, injuries to a thick membrane that protects the brain and spinal cord, as well as other breaks and cuts.

The hospital said the surgery took about seven hours and an expert team worked to fix the woman’s eye and nose bones.

She remains in the hospital where she is recovering from her injuries and is understood to have regained consciousness.

The first wife accused of carrying out the attack is reported to have told local media: "My husband divorced me years ago, and cases were filed against him.

“In order to pay child support, pressure was put on him and several judgements were ruled in my favour.

"He decided to come back to me and I agreed that we would get back together. At the time he was married to another woman and I lived in the house with them."

She claims was treated like a maid and added: "He clearly preferred her to me . . . she treated me badly until I couldn't bear it anymore so I did what I did to her."