Jeremy Clarkson claims police threatened to report him for 'RACISM'

Jeremy Clarkson says a police call operator threatened to have him investigated for ‘racist’ behaviour after he described two men as travellers while reporting them for allegedly acting suspiciously around his farm.

The 61-year-old, who runs 1,000-acre Diddly Squat Farm in Oxfordshire, wrote in his Sunday Times column about a recent run-in with ‘a couple of chaps’ who appeared on his drive asking for selfies.

He was suspicious about their motives because there had been a ‘lot of burglaries’ locally, he had just taken delivery of two puppies, and had seen a drone scouting his property just a few hours earlier.

He dialled non-emergency number 101 but ‘got bored’ and phoned 999, where a female call operator asked him to describe the visitors. When the journalist said they were ‘travellers’, the woman said if he continued she would ‘open a new line of inquiry into racist behaviour’, he claimed. 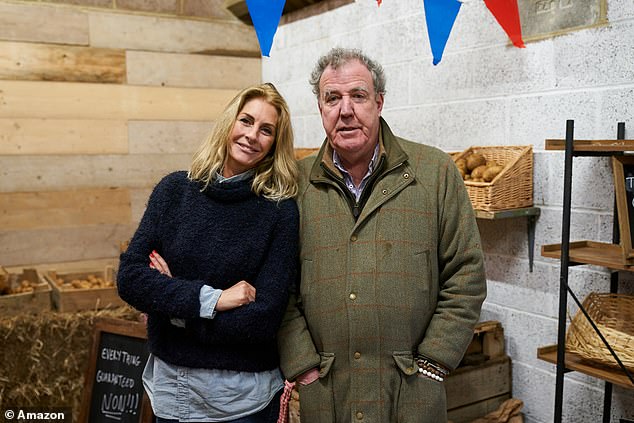 Explaining why he felt suspicious of the men, Mr Clarkson wrote that a neighbour recently found a crashed drone in his garden which contained aerial footage of ‘all the large houses in the area’, including his.

Continuing the story, he said: ‘So I was a bit worried last Wednesday when I looked up to see another drone, hovering over my farmyard.

‘And then I was even more worried that night when a couple of chaps came up the drive in a Mk 1 murderer’s special Land Rover Discovery. The Kenny Noye edition.’

Mr Clarkson wrote that the men ‘asked for a selfie’ – which was not unusual because he gets lots of visitors but ‘there was something about them I didn’t like the look of’.

‘There have been a lot of burglaries in the area recently – and I’d just taken delivery of two puppies,’ he wrote.

‘And there had been that drone scouting the site just a few hours earlier.’

After giving up on 101 because it was taking too long, he said he was put through to a young women who asked to describe the men.

‘She seemed to think I was reporting someone for wanting a selfie,’ he wrote. ‘But she did at least ask me to describe them, so I said they were travellers.

‘There was then a pause, after which she said that if I continued in this vein, she’d be forced to open a new line of inquiry into racist behaviour.

‘That was scary, and tricky too, because how do you describe someone without bringing colour and religion and race into it?’ 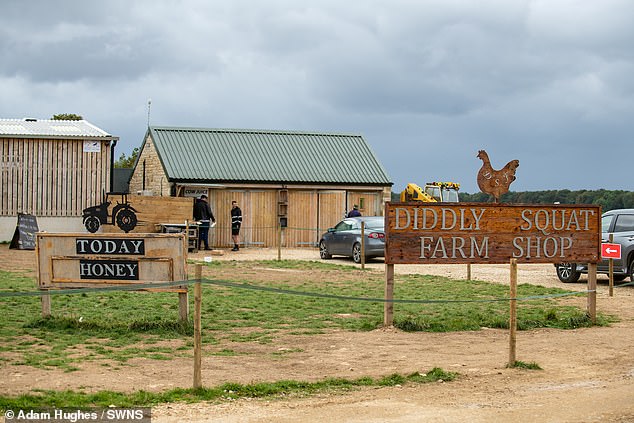 Mr Clarkson said he told the operator that the men had introduced themselves as travellers.

He said the police did eventually turn up at his farm but he was ‘fed up’ with them. He suggested lots of officers are as well.

‘They want to fight crime, but their hands are tied by idiotic inclusivity and the need to make sure a burglar doesn’t bang his head when getting into the Vauxhall,’ the Top Gear presenter complained.

The television presenter stars in Clarkson’s Farm, which sees him grow crops and look after livestock on land he owns in the Cotswolds.

He bought the farm in 2008 and it was run by a local contractor, but when he retired in 2019 Clarkson decided to see if he could run it himself.

On Thursday he won the flying the flag for British agriculture award at the British Farming Awards.

He praised Kaleb Cooper and other staff on his farm after being presented with the prize at the event in Birmingham, which was hosted by Vernon Kay. 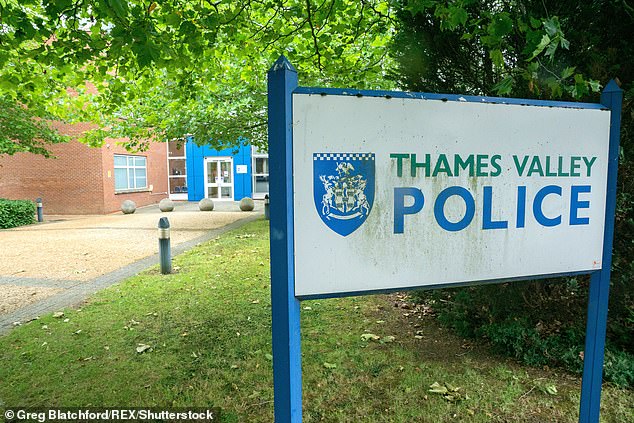 Mr Clarkson said: ‘Kaleb, I couldn’t have done this without you, you are the star of the show, apart from Gerald.

Clarkson’s Farm has been praised by Environment Secretary George Eustice.

Speaking at a Conservative Party conference event earlier this month, he said: ‘I think that Jeremy Clarkson’s programme has done a huge amount to raise the profile of agriculture and some of the challenges it faces.

‘It is sort of a Top Gear-meets-Countryfile type of programme I think.’

In July Amazon Prime Video announced it has commissioned a second series of Clarkson’s Farm.

He was recently granted ‘urgent’ planning permission to build a new cattle shed in time for his herd to calve in the New Year.