Jeremy Corbyn today backed a controversial bid to make the deselection of Labour MPs easier in a move which will fuel fears the party is on the brink of a purge.

The campaign group Momentum – which has helped keep Mr Corbyn in the leadership – is calling for an overhaul of party rules so it is easier to oust sitting MPs.

Quizzed about the plans, the Labour leader said he backed ‘greater democratic accountability’ in the party.

It comes as it emerged that Labour MP Joan Ryan, chairwoman of Labour Friends of Israel, is facing a reselection battle as Corbynistas try to oust her from her seat of Enfield North.

Mr Corbyn’s remarks will fuel already bitter divisions in the Labour Party, which has been plunged into civil war over the anti-Semitism crisis.

Speaking while touring trains in and around Liverpool today, the Labour leader said the influx of new Labour members meant the party should democratise. 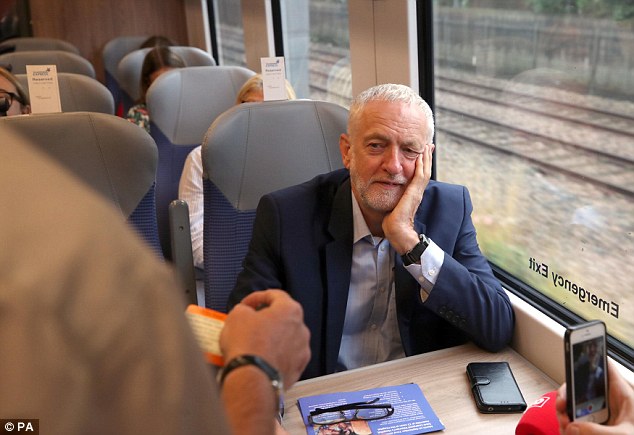 He told ITV News:  ‘We’re a party whose membership has grown to half a million from less than 200,000 three years ago, and clearly there have to be come changes and more democratic accountability of everyone within the party.

‘And I’m happy that there should be greater democratic accountability.’ 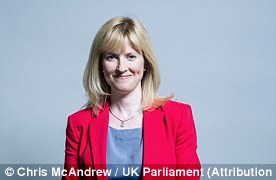 Labour MP Rosie Duffield (pictured, stock)  has vowed that MPs will not take it ‘lying down’ if Jeremy Corbyn refuses to take action this week

Labour MPs could go on strike if Jeremy Corbyn refuses to adopt the International Holocaust Remembrance Alliance’s definition of anti-Semitism, one of his MPs has said.

Rosie Duffield has warned that Labour MPs will not take it ‘lying down’ if the Labour leader refuses to take action at a crunch meeting of the party’s ruling NEC tomorrow.

At a crucial showdown tomorrow, the National Executive Committee (NEC) will decide whether to U-turn and adopt the anti-Semitism definition after many weeks of bruising criticism.

Ms Duffield told the Jewish Labour Movement conference yesterday that if Mr Corbyn does not back down then MPs could ‘walk out’.

She said: ‘If this definition is not adopted, the majority of Labour MPs won’t take this sitting down.

‘We have talked about walking out – going on strike. We are not going to take that lying down.’

His remarks are likely to spark fury among Labour moderates who have warned Momentum is trying to change the rules so they can purge the party of Corbyn critics.

Ms Ryan has been a vocal critic of Mr Corbyn’s failure to tackle the anti-Semitism crisis.

And local Momentum members are pushing to deselect her because of her criticisms of the Labour leader, The Evening Standard reports.

The explosive question of deselection is expected to flare up at Labour Party conference in Liverpool later this month where motions to make deselection easier are expected to be debated.

Momentum says an overhaul is needed to create an ‘open, inclusive’ process in order to create ‘a new generation of MPs’.

They have not given details of exactly how they want the rules changed, but sources said they want to make it easier for wannabe MPs to campaign to unseat the incumbent without having to hold a no confidence vote.

A statement from the campaign group said: ‘Recognising the groundswell of support from ordinary Labour members, Momentum would like to affirm its commitment to the creation of a more open, inclusive selection process which would open the door to a new generation of Labour MPs.

‘Labour has to nurture the talent of its half a million members and we cannot let an outdated rulebook hold back a new generation of MPs.

‘Labour’s selection procedure should be democratic, give a fair chance to all candidates and encourage positive campaigning. This means ending the divisive practice of forcing activists to campaign against sitting MPs and replacing it with a process that is open from the start.’

But Labour MP Jess Phillips hit back, saying on Twitter: ‘If Momentum wanna change the way we select MPs that’s fair enough, if they want to get rid of loads they don’t like, that is also legitimate.

‘The spinning about it being better politics is righteous nonsense. They want control and MPs who think one way. Just say that.’