Jeremy Corbyn refused to comment whether his friend will be kicked out of the Labour Party after he was alleged to have made anti-Semitic comments.

Senior Labour official Pete Willsman was suspended on Friday after a video of him making allegedly anti-Semitic comments was released.

The Labour Party has launched an investigation into Willsman – who is a member of the party’s ruling National Executive Committee.

However, Corbyn, who was on the campaign trail canvassing in Peterborough ahead of a by-election, refused to address the situation.

The by-election was caused following a recall petition by voters angry over their former MP Fiona Onasanya being jailed for lying about a speeding offence. 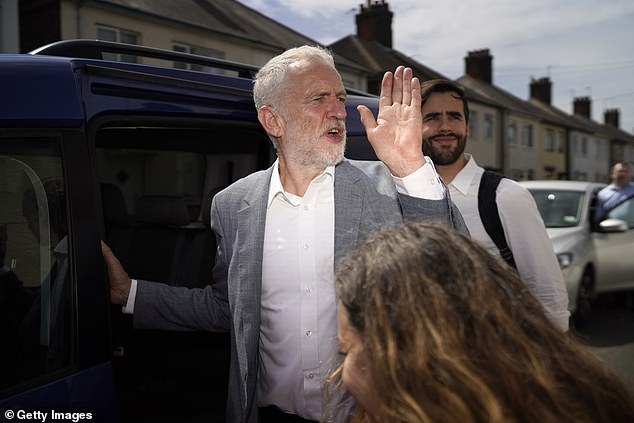 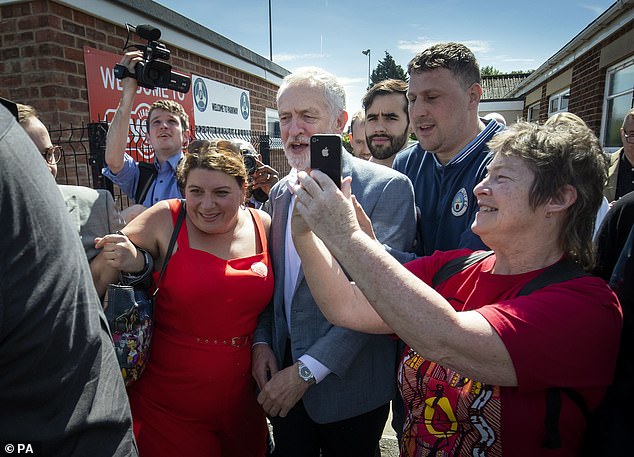 Labour is defending a 607 majority over the Conservatives, although Nigel Farage’s Brexit party is the bookie’s favourite to take the seat next week.

Ignoring questions about the anti-Semitism crisis in the party, Corbyn said: ‘This election campaign is about asserting those core Labour values.

He said the local council could start by addressing fly tipping.

Mr Corbyn continued: ‘When we fight this election, yes of course we fight it on the local issues, but we also fight it on what we the Labour Party want to, and are determined to, achieve for all of the young people in this country.

‘A national education service, education as a right not as a commodity from cradle to grave, impose an increase in corporate taxation in order to end student debt because of excessive levels of student fees.

‘In this campaign we support Lisa who will be a wonderful MP. We take that core Labour message out to all the doors of bringing our society and our community together, to protect jobs… to ensure we maintain that trading relationship with our nearest neighbours in Europe and to ensure that we get a Labour government at the end of this.’ 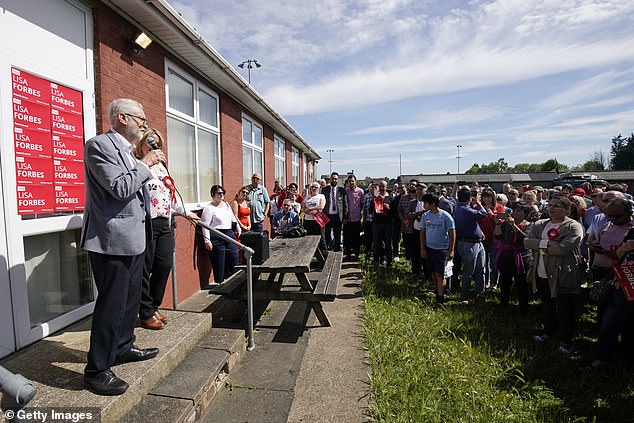 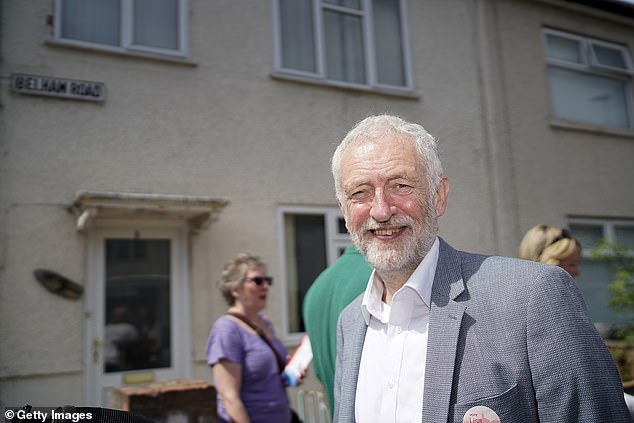 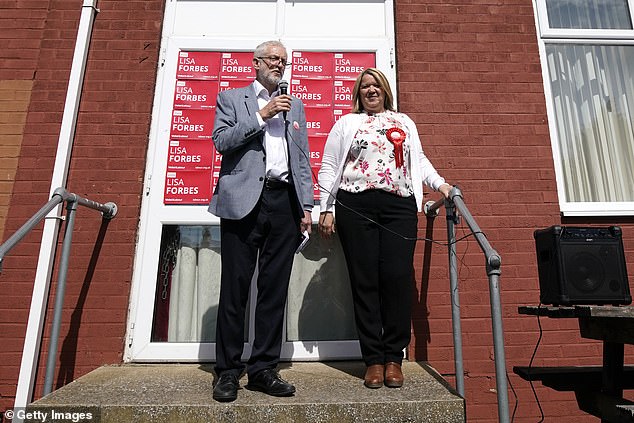 Corbyn and Lisa Forbes. Corbyn said that winning the by-election would be a ‘good step towards getting a general election and a Labour government’

He said that winning the by-election would be a ‘good step towards getting a general election and a Labour government’.

The Peterborough by-election was called after MP Fiona Onasanya was forced out by a recall petition after she was jailed for lying about a speeding offence.

Onasanya was elected as a Labour MP but was later suspended from the party after being sentenced.

As he left the rally, Mr Corbyn refused to answer questions about senior Labour official Pete Willsman, who was suspended on Friday over alleged anti-Semitic comments caught on tape.

Mr Corbyn told journalists: ‘It’s good of you to come here and report on the by-election.’

A party supporter said as she walked past: ‘The anti-Semitism stuff – it’s all made up.’ 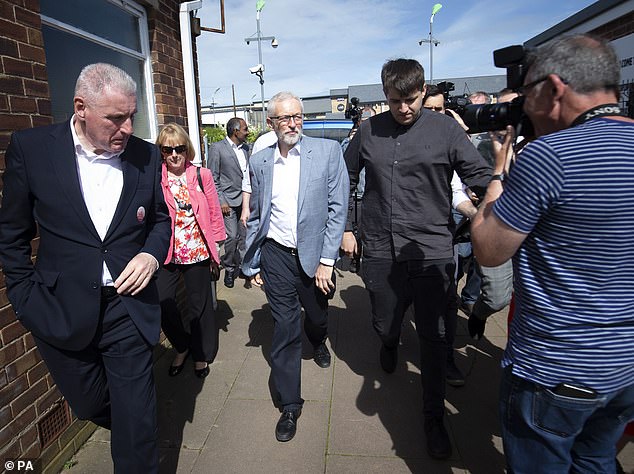 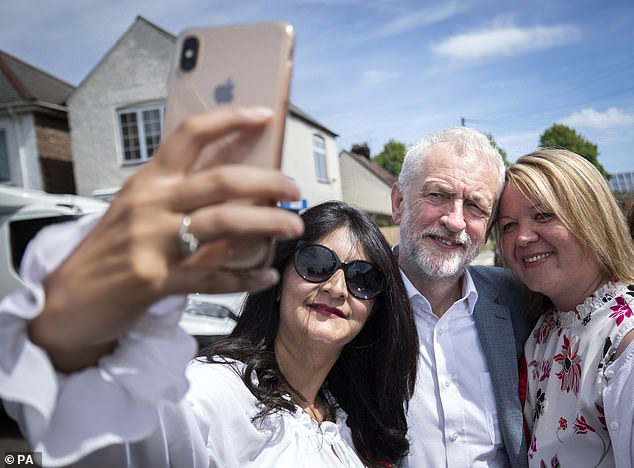 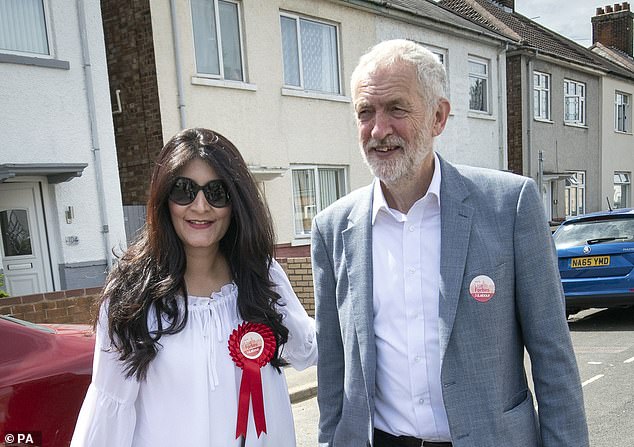 In a recording obtained by LBC, Willsman is alleged to have said: ‘It’s almost certain who is behind all this anti-Semitism against Jeremy. Almost certainly, it was the Israeli embassy.’

Willsman was suspended from the party yesterday in the latest of a string of problems for labour.

Either way, Corbyn set about campaigning in the Peterborough constituency, which has historically been a close-run battle between Labour and the Conservatives.

However, Nigel Farage’s Brexit Party is attempting to gain a foothold in Westminster and is the bookmakers’ favourite.

The Peterborough by-election was called after MP Fiona Onasanya was forced out by a recall petition after she was jailed for lying about a speeding offence.

Onasanya was elected as a Labour MP but was later suspended from the party after being sentenced.

He said: ‘President Trump’s attempt to decide who will be Britain’s next prime minister is an entirely unacceptable interference in our country’s democracy, he said.

‘The next prime minister should be chosen not by the US president, nor by 100,000 unrepresentative Conservative Party members, but by the British people in a general election.’