Jessica Simpson has revealed that her younger sister Ashlee was in the bed when she was sexually abused aged six by a girl who was a family friend, and says she protected Ashlee from the abuse by subjecting herself to it.

The singer wrote in her new memoir, Open Book, about being sexually abused by a girl who was one year older than she was for six years at family sleepovers.

Jessica claims she was six and the older girl was seven when it began and that it happened roughly three times a year, when their families would visit each other.

She says that at first it began with the girl ‘tickling her back’ but then would lead to her being touched in a way that made her felt ‘uncomfortable’.

Ashlee, her only sister, was in the bed when it happened, she said, and while she hated what was happening, she said she was determined to endure it so that Ashlee would not have to.

‘The second time she abused me, it was during spring visit and Ashlee was also in the bed. 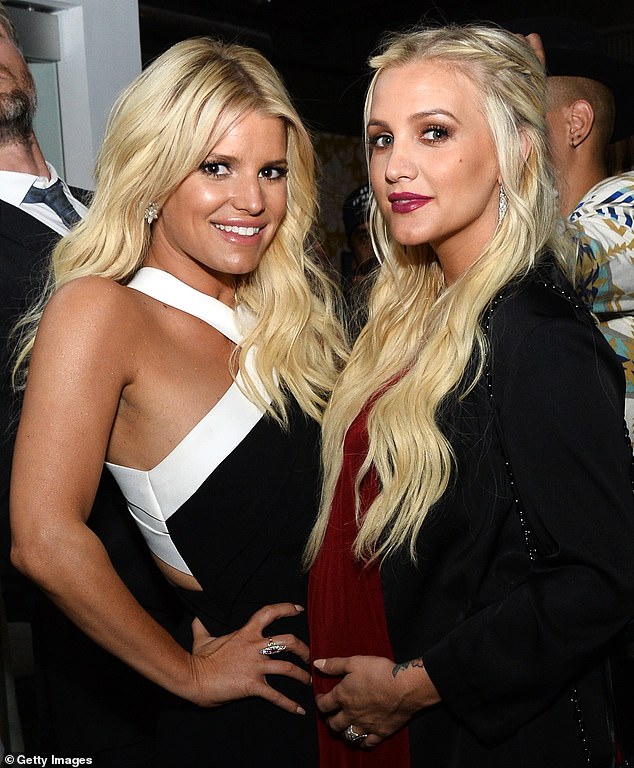 Jessica Simpson with her sister Ashlee in 2015. She said she subjected herself to the sexual abuse to protect Ashlee from it

‘I lay between them, fiercely protecting my sister from this monster. I didn’t want her to feel as disgusting as I felt,’ she writes in the book.

‘For six years, I was abused by this girl during our family’s visits, which happened three times a year.

‘Eventually it wasn’t just at nighttime. She would get me to go into a closet with her, or just find a way to linger until we were alone. It got to the point that she would sneak into the bathroom to watch me shower.

‘She continued to try to sleep next to my little sister and I would just scooch Ashlee over and get between them whenever she did.

‘I never let her near Ashlee, but I also never screamed or told her to stop. I was confused, wondering if it was something that I wanted to keep going,’ she said.

It was previously reported in an excerpts that she had been abused by the girl, but not that Ashlee was there.

In her book, she explained that the girl told her that she was being molested by an older boy at the time. 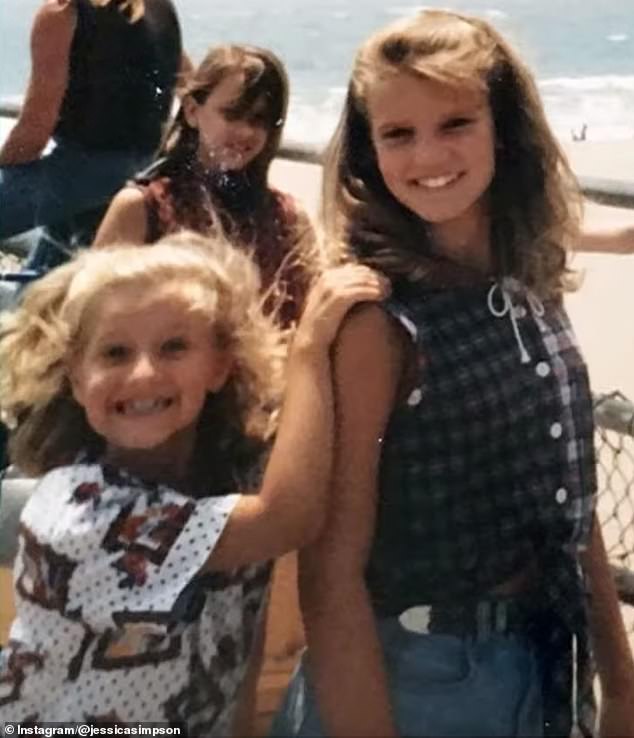 Ashlee (left) and Jessica (right) as children. She said the abuse by the other girl went on for six years

Ashlee has not commented publicly on it.

Eventually, Jessica confided in her parents about what had been happening. They said nothing about it but they stopped visiting the family.

In an interview with Dr. Oz that will air on Thursday, Jessica reiterated wanting to protect Ashlee. 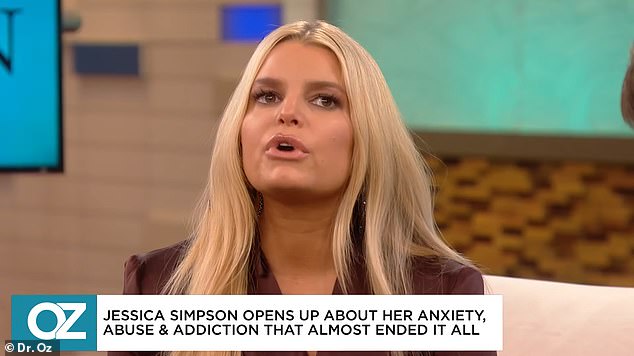 Simpson, in an interview with Dr. Oz that will air on Thursday, said she wanted to protect her sister

‘My sister would be there and I always wanted to protect my sister and so I would push her out of the way and get in the middle because I knew what was going to happen, I would rather the pain happen to me than to my sister.

‘Even if I were to have another friend there, I would always make sure I would sleep next to the girl so she would never do it to anyone else.

‘I just wouldn’t move. I was stuck. Yeah and I just would lay there and allow these things to happen and I didn’t want to hurt people by telling them.

‘By the time I actually did talk to my parents about it, their actions spoke a lot louder than their words. We didn’t really say much,’ she said.

She said that it caused her to later drink and self-medicate with pills.