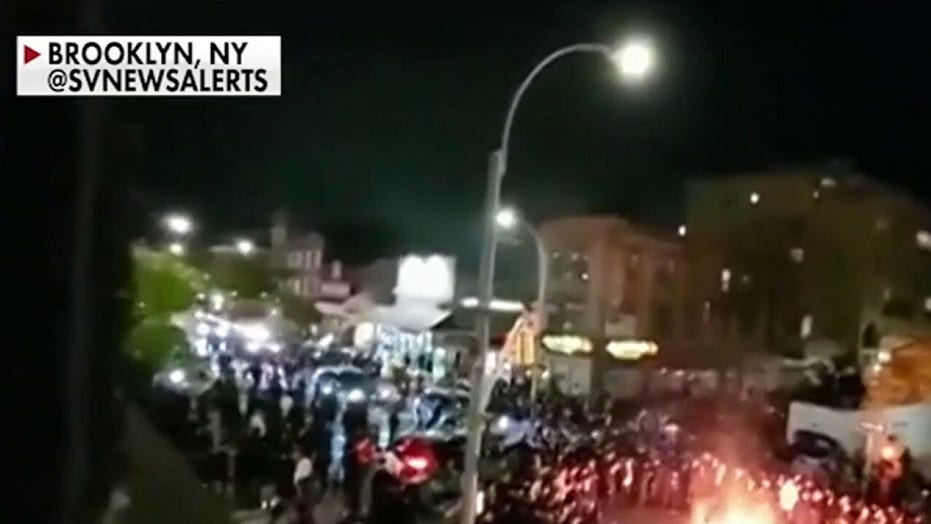 An Orthodox reporter said he was attacked by an angry mob at a protest in Borough Park, Brooklyn, against coronavirus restrictions Wednesday night.

The reporter, Jacob Kornbluh, said protesters yelled that he was a “Nazi” and “Hitler” as they chased after him during a second night of unrest over government attempts to stop the surging cases of COVID-19 across a broad swath of Brooklyn.

Kornbluh blamed the attack on Heshy Tischler, an agitator and aspiring politician who has organized the largely Orthodox protests over the last two nights.

“I was just brutally assaulted, hit in the head, and kicked at by an angry crowd of hundreds of community members of the Boro Park protest — while yelling at me “Nazi” and “Hitler” —after Heshy Tischler recognized me and ordered the crowd to chase me down the street,” Kornbluh tweeted.

Tischler, who is running for City Council, was filmed pinning Kornbluh against a wall as he shouted, “You are a moser!” or snitch.

Kornbluh said he was saved by police and several community members. 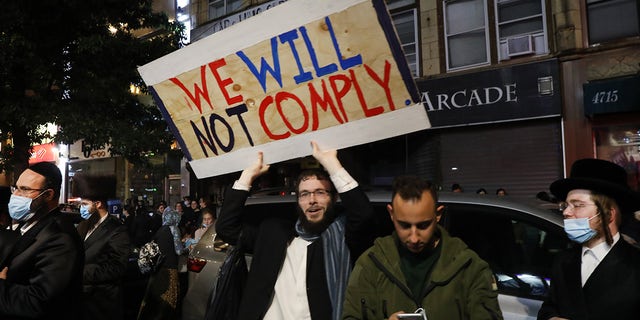 Groups of protesters gather in the Brooklyn neighborhood of Borough Park to denounce lockdowns of their neighborhood due to a spike in COVID-19 cases on Oct. 7, 2020, in New York City. (Spencer Platt/Getty Images)

On the same night, a group of protesters in the area chased down and assaulted freelance photographer Bruce Schaff, who is Jewish, as he tried to capture the scene. A second man, Berish Getz, 34, a Borough Park resident, was also beaten during that protest.

“Out of all the protests I’ve been to I’ve never seen this level of violence from protesters toward members of the press, photographers, or anyone for that matter,” Schaff told The Post after the Tuesday night attack.

The anger stems from new Gov. Andrew Cuomo-mandated restrictions imposed on area synagogues, schools and non-essential businesses due to a coronavirus spike sweeping through a large chunk of Brooklyn and patches of Queens around Forest Hills and Far Rockaway.