JERUSALEM (Reuters) – Hoping to enliven fading Holocaust memories, Israeli entrepreneurs have dramatized the plight of a Jewish teenager murdered by the Nazis by imagining her documenting her final months over social media. 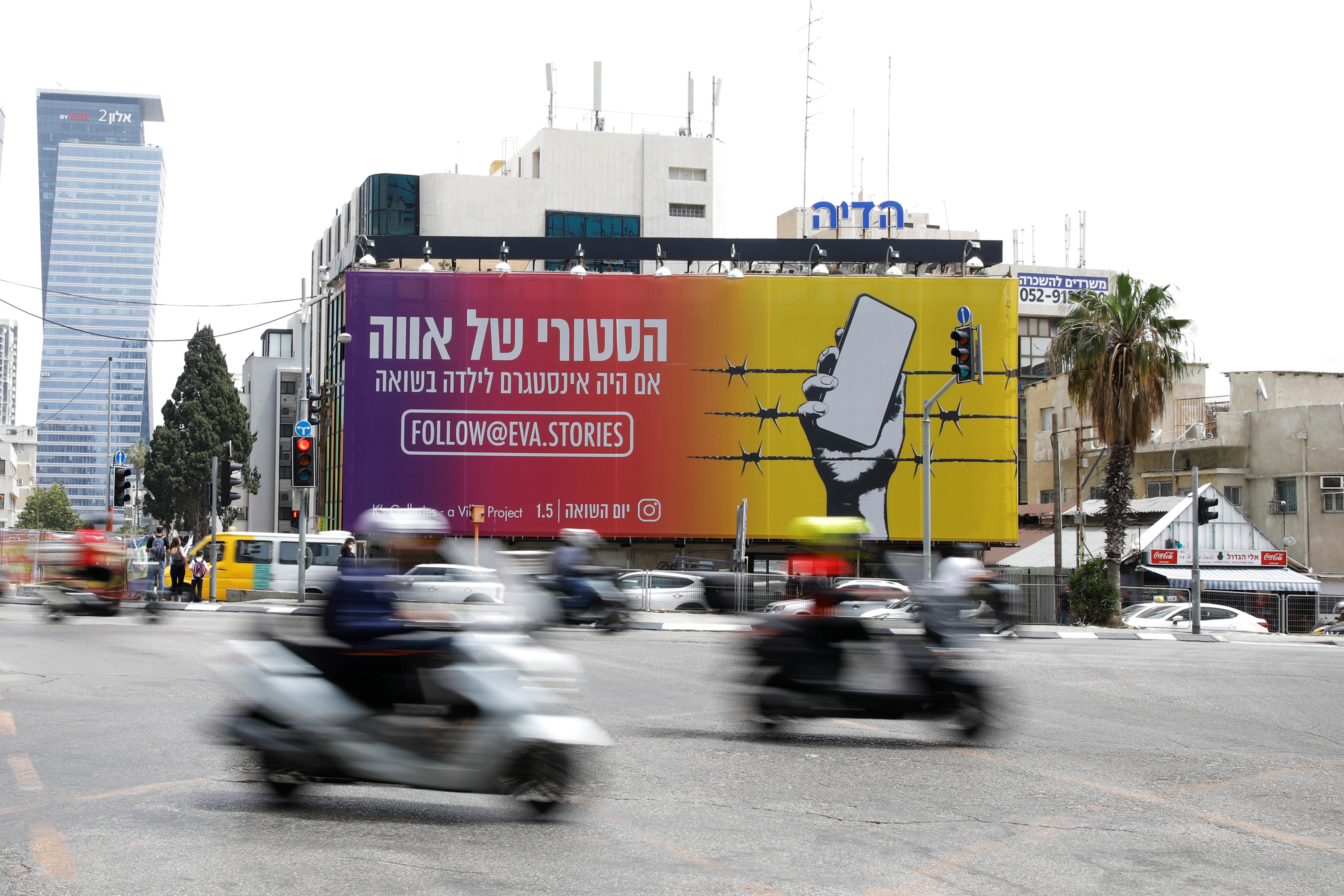 “What if a girl in the Holocaust had Instagram?” asks a trailer for the “Eva Stories” project that launches ahead of Wednesday’s annual Holocaust memorial observances in Israel.

Dozens of Instagram video posts will show a cast in period costume and locations acting out passages from the diary of Eva Heyman, a 13-year-old Hungarian deported to her death in Auschwitz concentration camp in 1944.

The vignettes, between three seconds and three minutes, were the brainchild of hi-tech and media entrepreneur Mati Kochavi and his daughter Maya.

“In the digital age, when the attention span is low but the thrill span is high, and given the dwindling number of survivors, it is imperative to find new models of testimony and memory,” Mati Kochavi said in a statement.

The project was endorsed by Prime Minister Benjamin Netanyahu, who saw a means of bolstering Israel’s role as both haven and historical homeland for Jews.

“Every day, episode by episode, the great tragedy of our people is essentially exposed through the story of one girl,” Netanyahu said on Twitter.

Such projects, he said, are important “so that the world will understand, so that we will remember what we lost and what was restored to us with the foundation of the State of Israel”.

There has been some criticism that an Instagram version of the Holocaust was not an appropriate approach.

“The path from ‘Eva’s Story’ to selfies at the gates of Auschwitz-Birkenau is short and steep,” Yuval Mendelson, a civics teacher, wrote in Israel’s Haaretz newspaper this week.

Such controversy over historical representation of the Holocaust is not new, said Tobias Ebbrecht-Hartmann of the Hebrew University’s communication department, who supported using social media to reach younger generations.

“This is an interesting approach … to somehow create an interactive way of engaging with this history. Not only learning about it but somehow responding to it,” said Ebbrecht-Hartmann.

Maya Kochavi said day-to-day troubles Eva dealt with, such as her parents’ divorce, a crush on a boy, and hopes of one day being famous, would likely strike a chord with young people and draw them in as the war gradually closes in on her.

“There’s a lot that young kids will really feel and relate to and hopefully this continues as her journey becomes more difficult and she starts to experience some of the more horrific parts of the story,” Kochavi said.