Jihadi bride Shamima Begum’s return to Britain has been put on hold after the Government has won the right to fight the case at the Supreme Court.

Begum, who left to join IS five years ago when she was 15, had been stripped of her British citizenship after she was found, nine months pregnant, in a Syrian refugee camp in February last year.

Earlier this month she won a legal challenge after judges ruled she had not been granted a ‘fair and effective’ appeal. They said she should be allowed to return for a fresh hearing in a bid to overturn the Home Office’s decision.

But a Supreme Court judge this morning has ruled that any return must be put on hold while the Government appeals the decision. 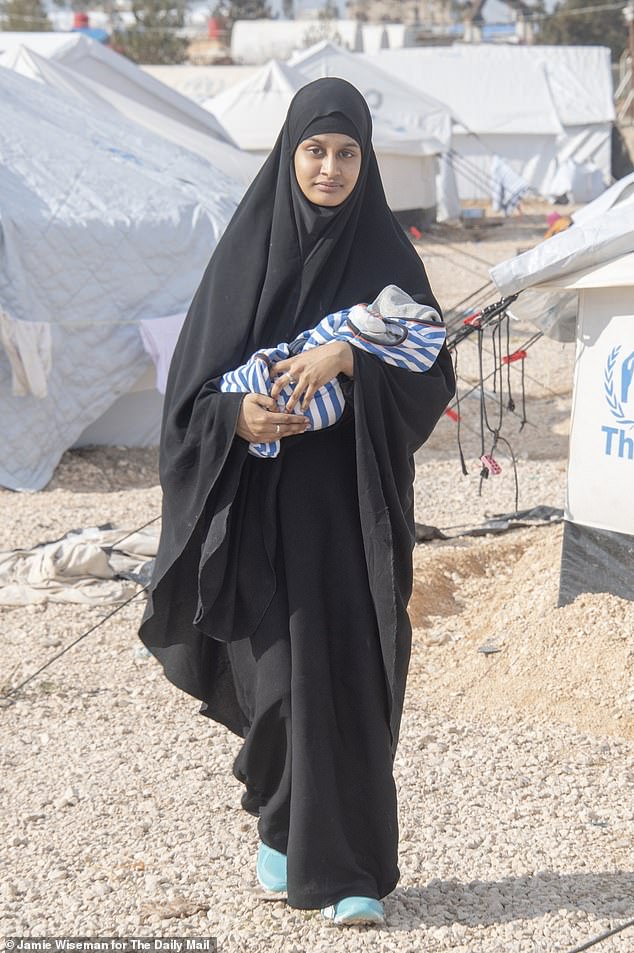 Appeal: Begum challenged the decision made by then Home Secretary Sajid Javid saying she now feared for her life. Her third child Jarrah, pictured in her arms, died at three weeks old

In February this year, the Special Immigration Appeals Commission (SIAC) – a specialist tribunal which hears challenges to decisions to remove someone’s British citizenship on national security grounds – found Ms Begum ‘cannot play any meaningful part in her appeal and that, to that extent, the appeal will not be fair and effective’.

But SIAC ruled that ‘it does not follow that her appeal succeeds’ and Ms Begum’s challenge to the Home Office’s decision to refuse to allow her to enter the UK to effectively pursue her appeal was also rejected.

However, earlier this month, the Court of Appeal ruled that ‘the only way in which she can have a fair and effective appeal is to be permitted to come into the United Kingdom to pursue her appeal’.

Lord Justice Flaux – sitting with Lady Justice King and Lord Justice Singh – said: ‘Fairness and justice must, on the facts of this case, outweigh the national security concerns, so that the leave to enter appeals should be allowed.’ 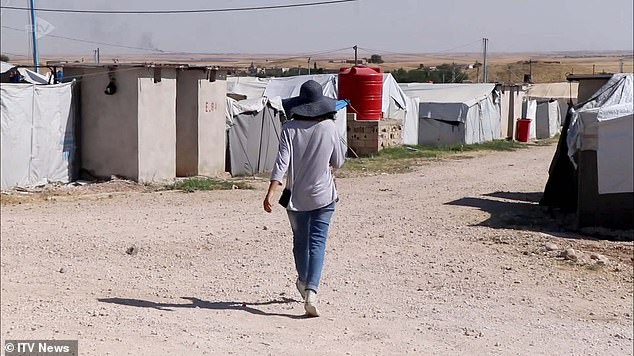 Jihadi bride Shamima Begum has been pictured today wearing jeans, a shirt and a blue hat as she walked through a Syrian refugee camp earlier this month

The judge found that ‘the national security concerns about her could be addressed and managed if she returns to the United Kingdom’.

Lord Justice Flaux also said: ‘With due respect to SIAC, it is unthinkable that, having concluded that Ms Begum could not take any meaningful part in her appeal so that it could not be fair and effective, she should have to continue with her appeal nonetheless.’

He added: ‘It is difficult to conceive of any case where a court or tribunal has said we cannot hold a fair trial, but we are going to go on anyway.’

Earlier this month MPs and victims of Islamic State atrocities reacted furiously to the decision.

Tory MP Andrew Bridgen said it risked a flood of jihadis returning. He told MailOnline: ‘It opens the door for all her fellow jihadi brides to return to Britain – and potentially their terrorist partners too.

‘Most Brits will rightly think that when you swear allegiance to another country that declares war on Britain, that you have given up all the rights and protections and privileges of your British citizenship. After today’s ruling it appears you have not’. 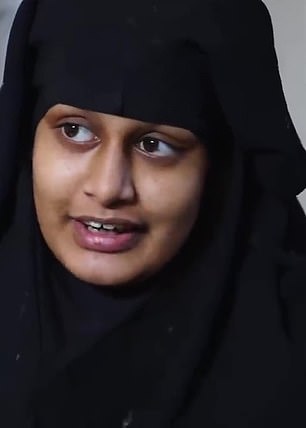 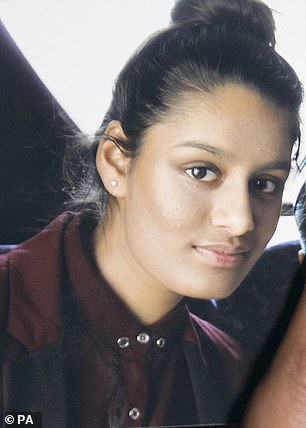 Jihadi bride Shamima Begum, 20, is desperate to return to Britain five years after she voluntarily left to join ISIS in Syria – her British citizenship was revoked when she was found in a refugee camp after the caliphate fell last year

Ms Begum was one of three schoolgirls from Bethnal Green Academy who left their homes and families to join IS, shortly after Sharmeena Begum – who is no relation – travelled to Syria in December 2014.

Kadiza Sultana and Amira Abase, then 16 and 15 respectively, and Ms Begum boarded a flight from Gatwick Airport to Istanbul, Turkey, on February 17 2015, before making their way to Raqqa in Syria.

Mother-of-three Begum, 20, whose children with Dutch jihadi husband Yago Riedijk all died, is still in the Al Hol camp in northern Syria but could be heading back to Britain within weeks after today’s landmark ruling.

Her first two children, a one-year-old girl and a three-month-old boy, died in the caliphate after becoming sick and malnourished, while her third child Jarrah died shortly after he was born in the camp where his mother still lives.

She told The Times last February that she left Raqqa in January 2017 with her husband but her children, a one-year-old girl and a three-month-old boy, had both since died. 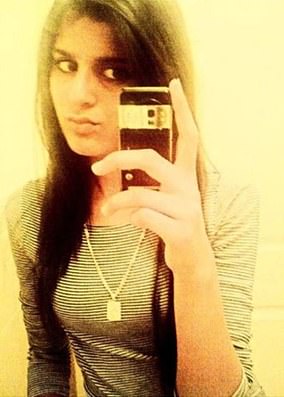 British mother-of-one Tooba Gondal, 25, moved to London as a child and had previously claimed that she had permanent British residence but the Home Office issued her with an exclusion order last November, which bars her from ever returning to the UK.

The mother-of-two studied at Goldsmith’s University in London and is accused of acting as a ‘matchmaker’, allegedly arranging marriages for members including ISIS bride Shamima Begum.

Gondal was born in France but moved to London as a child and previously held British residency.

She lived in Britain before joining ISIS in 2015 and is believed to have recruited several teenage women. She is banned from re-entering Britain.

The 25-year-old is accused of being one of the top recruiters of females to the ranks of ISIS.

Known as a ‘matchmaker’, she allegedly arranged the marriage of Shamima Begum who fled her Bethnal Green home for Syria in 2015.

In October, Gondal wrote an open letter to the Sunday Times from the Ain Issa camp in Raqaa, northern Syria.

‘I desperately wish for the British government to take us back. I want to prove that I am a changed person; a much better individual for society. I offer to help prevent vulnerable Muslims from being targeted and radicalised,’ she said.

Turkey’s incursion into northern Syria caused chaos and she was able to escape into Turkey, where she was later arrested.

Gondal’s son Ibrahim is entitled to British citizenship because his father – who was killed in a suicide bombing in Iraq – was from the UK. 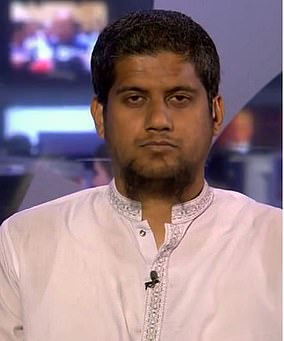 Hindu-born Londoner Siddhartha Dhar, 32, was known as ‘Sid’ to friends and enjoyed drinking, would take girls to his favourite action movies and dreamed of being an NHS dentist.

MI6 and foreign secret services are now trying to work out if he is the new Jihadi John – and has already earned the nicknames ‘Sid Vicious’ and ‘Jihadi Sid’.

Dhar’s family say he was a ‘sensitive boy’ who ‘changed’ as a teenager after the death of his father and converted to Islam, shunning TV and music, sleeping on the floor and even telling his mother he couldn’t love her anymore because she is not a Muslim.

Dhar then wrote ISIS’ 46-page guide to life in the caliphate promising a holiday lifestyle with home comforts.

He said the Islamic State was like a ‘plush Mediterranean resort’ with British chocolate like Kit Kats, Bounty bars and Snickers freely available ‘and the best lattes and cappuccinos around.’

After Jihadi John was eviscerated in a drone attack it was rumoured that Dhar took over as executioner in chief. He has at least one son. 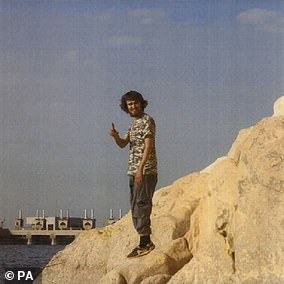 Once Jack Letts had travelled to Syria, he became almost unrecognisable from the soccer-mad boy who used to sleep with his football.

The elder of Sally Lane and John Letts’s two sons, Jack struggled with obsessive compulsive disorder and Tourette’s at school, jurors were told.

His British-Canadian father described him as a ‘personable’ young man who was ‘engaging and humorous’.

His friend, Anwar Belhimer, told his father he had been saying ‘worrying things’ and urged him to confiscate his passport.

But at the age of 18, his parents supported his decision to study Arabic abroad and he set off for Jordan and Kuwait.

From there, he married an Iraqi woman named Asmaa and they had a son Muhammed.

Despite warning signs, Lane was horrified when he told her he was in Syria in September 2014.

He was probably helped to travel to Islamic State territory by a group of fighters from Portsmouth.

He has spent the last two years in a prison in Kurdish-held Rojava, in northern Syria.

The British Government has said it has no consular assistance in the region.

Meanwhile, in a phone voicemail to a BBC journalist, Jack appeared not to support their unstinting efforts.

Despite his parents’ high profile campaign for his return, he told a BBC reporter: ‘To be honest the whole idea of putting pressure on the British Government to come and save me is not something I wanted to do or something I thought was clever.’ 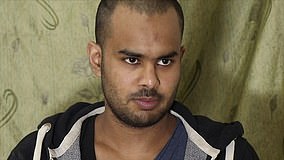 Father-of-five Shahan Choudhury, 32, from London, was one of ISIS’ gravedigger who buried fighters during the caliphate’s last stand.

He was a former suspect in a gang murder before he fled to Syria in 2014 – after being radicalised in what is allegedly one of Britain’s most secure prisons.

Shahan Choudhury, 30, vanished from his flat in London last year and has since used Twitter to urge other British Muslims to carry out terror attacks in the UK.

His family say he was ‘brainwashed’ after spending 18 months on remand in HMP Belmarsh for allegedly taking part in the stabbing of a 17-year-old.

He was acquitted in 2007 but his family believe he was ‘brainwashed’ by Islamic extremists at HMP Belmarsh.

As soon as he was released he joined the banned al-Muhajiroun (ALM), the hate group led by Anjem Choudary which has called for the implementation of Sharia Law in the U.K.

A relative said: ‘He was just like any other western kid when he went in but by the time he came out he was going on about religion and how the kuffar [non-believers] would all end up in hellfire.’ 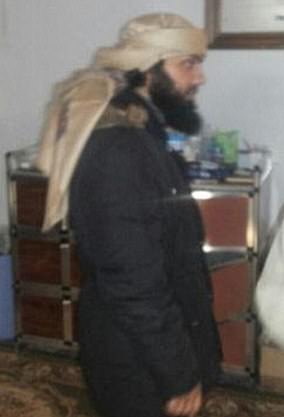 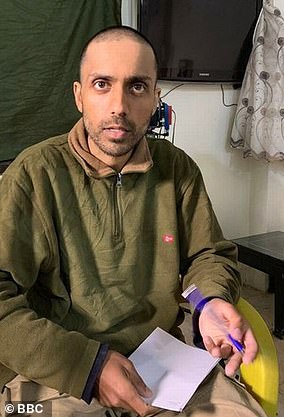 26-year-old west Londoner Hamza Parvez – the first known British man to have joined the group in Iraq who was captured by Kurdish-led forces outside the group’s final stronghold in Banghouz, in April last year.

He was dubbed ‘Hungry Hamza’ because he repeatedly tweeted about loving life with ISIS – but then moaned about how much he missed KFC, Nando’s and McDonald’s dinners.

He was used by ISIS to tweet about the food available in the caliphate including ice cream and hailed life there as the ‘golden age of jihad’.

But as it collapsed a lack of fast food meant he lost 30 kilos and was last seen languishing in a jail on the Syrian border with Turkey.

The 26-year-old left his home in west London to join the terror group, but after he surrendered to Kurdish forces he claimed he did not realise ISIS were so bad when he went to join up. 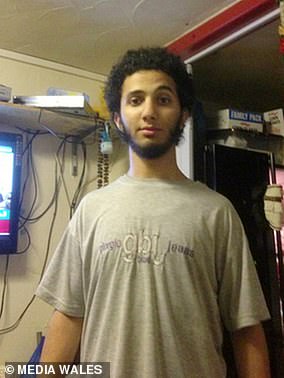 A British ice cream seller who went to join ISIS in Syria five years ago has pleaded to come home because he misses his mother and his life in Cardiff.

Aseel Muthana left Wales for Syria in February 2014, aged 17, following his brother Nasser and another friend in joining the jihadist group.

His family feared he had died but Muthana has now resurfaced at a prison camp in northern Syria and his mother has backed his plea to come home.

Speaking to ITV News from the prison, Muthana, now 22, claimed he had merely wanted to ‘help the poor’ when he travelled to Syria.

The wave of widely publicised ISIS beheadings began later in 2014, when journalist James Foley and British aid worker David Haines were among numerous people murdered in propaganda videos broadcast by the terror group.

However, ISIS had its roots in extremist groups which had been using beheadings during the war in Iraq well before that.

Begging to come home, Muthana said he missed his mother Umm Amin and his former life in the Welsh capital where he worked selling ice cream.

The fate of his brother Nasser remains unclear while his friend Reeyad Khan was killed by a drone strike in 2015.