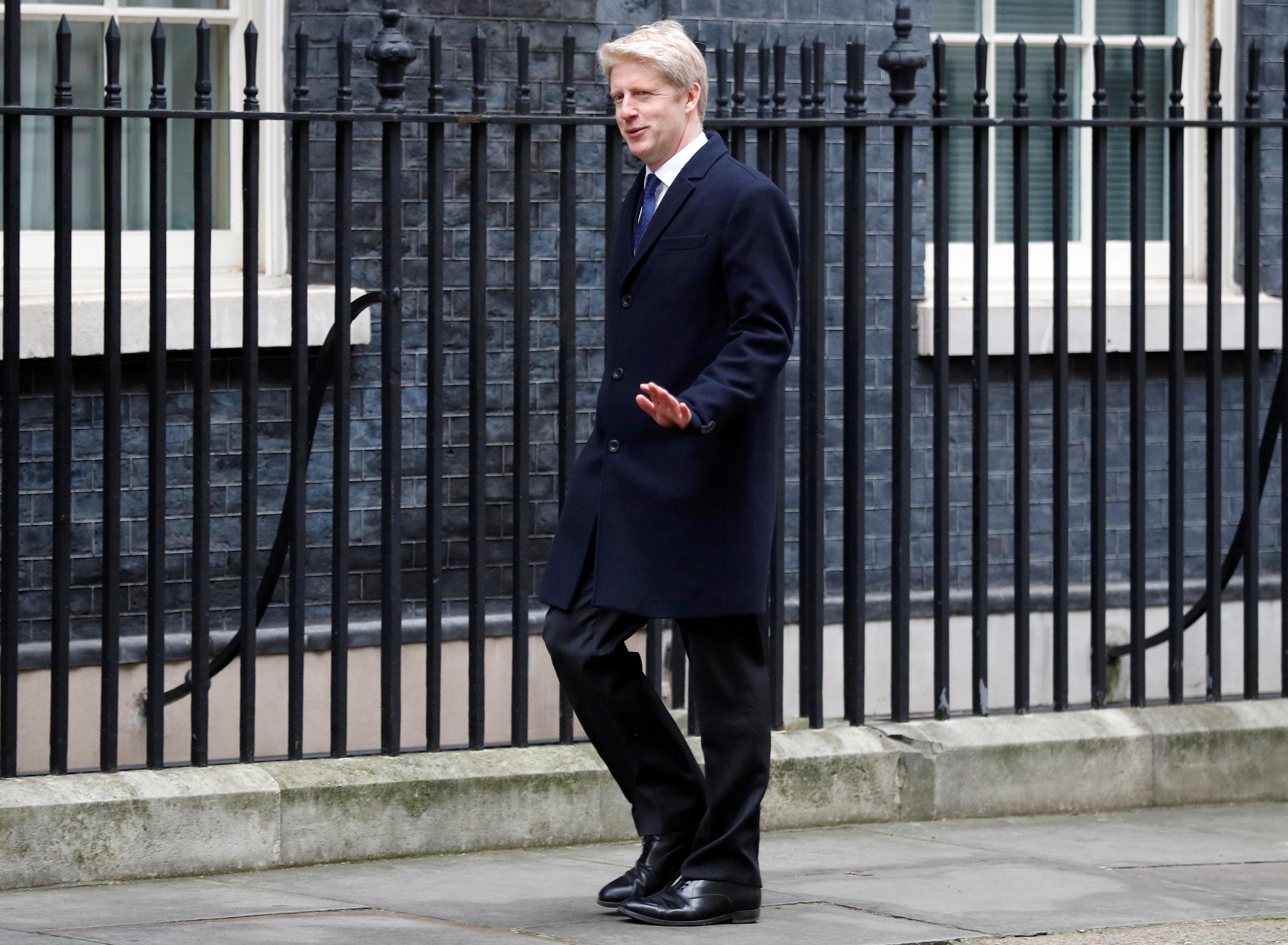 LONDON (Reuters) – Britain’s Jo Johnson said he knew other ministers and lawmakers were “reflecting hard” on whether to quit in protest at Theresa May’s Brexit plan after his dramatic resignation on Friday ramped up pressure on the prime minister.

The junior transport minister – and younger brother of former foreign minister Boris Johnson – issued a searing critique of May’s Brexit deal on Friday when he unexpectedly quit, saying the country needed to pull back from the brink and have a second referendum on leaving the EU.

Jo Johnson had previously voted to remain in the bloc, and his departure risks galvanizing other pro-EU ministers to oppose May’s deal, alongside the Brexiteers within the ruling party who have already said they will not vote for the plan.

“I know many are reflecting hard about the deal that’s looming and how they will respond to it, but it’s obviously for each of them to work out how best to respond,” he told BBC Radio.

“This is one of the most momentous questions we will ever face in our political careers. It’s up to (lawmakers) to take a stand. I’ve done so, if others feel that it’s right for them to do so then good on them.”

Johnson said there was now a huge gulf between the type of Brexit that was promised by his brother Boris, a leading campaigner to leave the EU, and the deal that May is hammering out in Brussels.

As a result, he said it would be a “democratic travesty” if the government did not consult the public on whether they still wanted to leave the world’s largest trading bloc.

Jacob Rees-Mogg, a leading Brexiteer in May’s party, told BBC Radio he rejected the call for another referendum but agreed with the criticism of the deal. He said in its current form it would not have enough Conservative support to get through a vote in parliament.