Joy for girl as her father returns from coronavirus isolation

Moment girl, four, celebrates as her father returns after ten-day ‘trip to Africa’… but he was really in coronavirus isolation in a camper van and just didn’t want to upset her

A professor pretended he was on an expedition in Africa so his daughter wouldn’t know he was in self-isolation in a camper van behind the family home.

Julian Bayliss, 50, told the white lie to his daughter Poppy, four, to prevent her getting upset.

For the past ten days he has been calling her on Skype – from 300 yards away. The noted butterfly expert from Wrexham took the extreme measure after returning from Ethiopia where he had contact with a virus carrier. 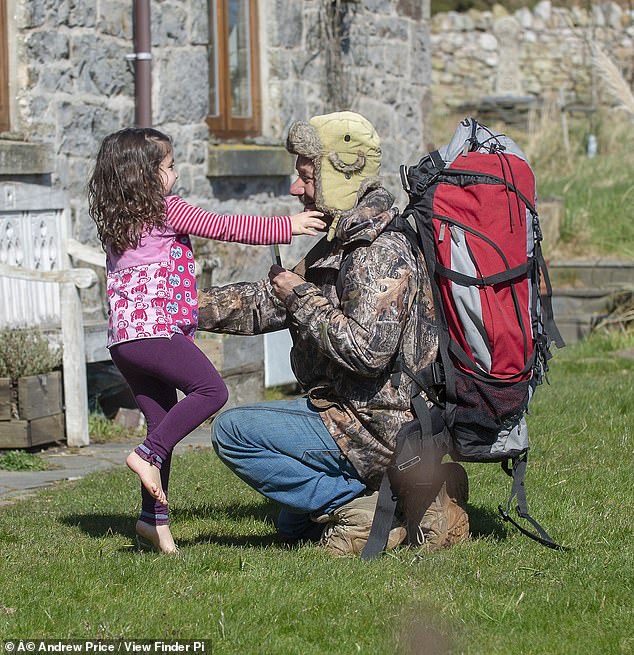 Professor Julian Bayliss (right with daughter Poppy), 50, from Wrexham, told his four-year-old daughter Poppy that he was on an expedition in Africa 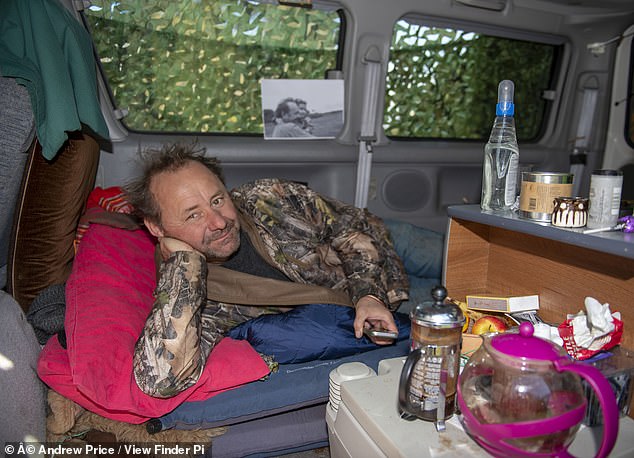 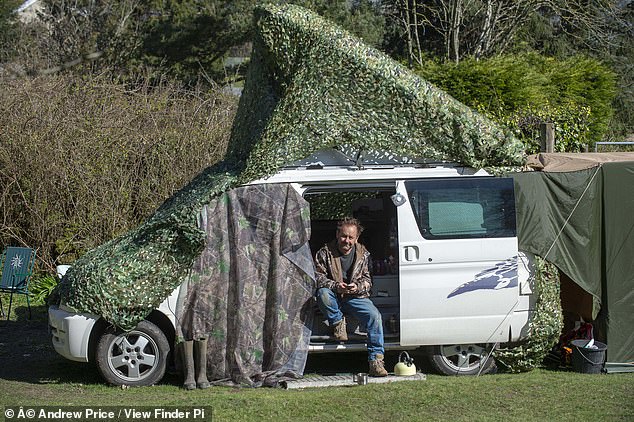 For ten days, Mr Bayliss (pictured in camper van) called his daughter on Skype from 300 yards away and told her he was on an expedition

After finally being reunited with his daughter yesterday, he said: ‘It was worth every single cold night in that camper to see the look on her face. It’s very good to be home.

These have been very long days, the boredom has been difficult and so has the cold. Having just got off a plane from Africa it didn’t feel great to suddenly find myself in a camper van in temperatures of minus five for a couple of nights.’

He added: ‘The most difficult thing has been keeping this secret from Poppy.’ 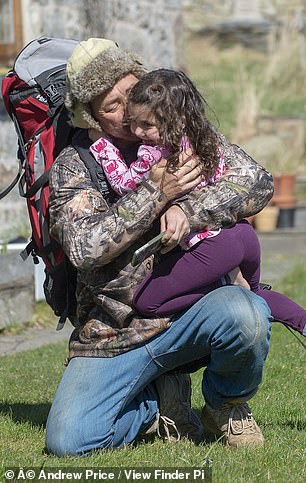 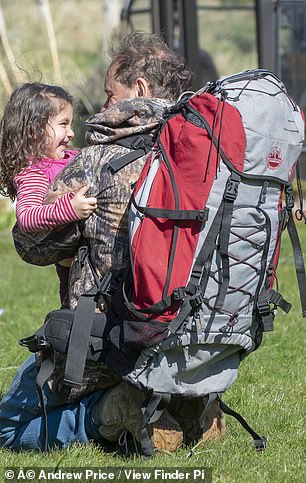 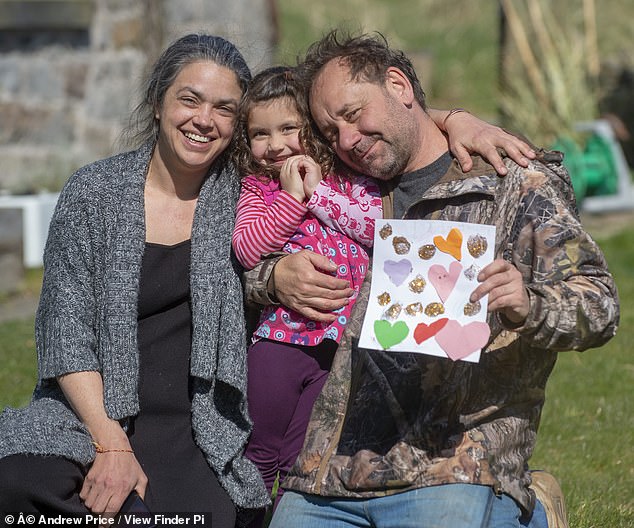 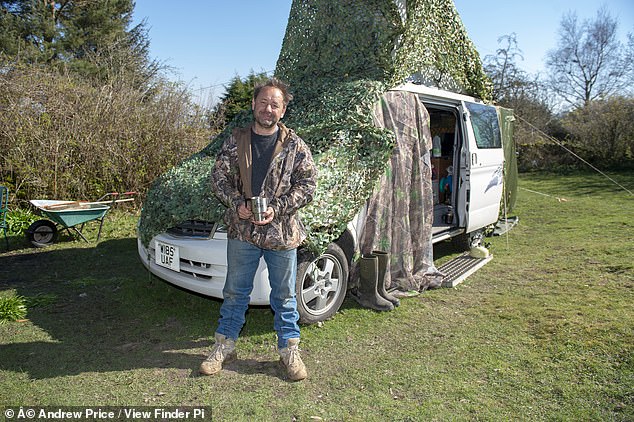 Danny Hughes, a paramedic from Newhaven in East Sussex, is living in a camper van to protect his family from Covid-19.

The 28-year-old RAF veteran said he was in daily contact with high-risk virus patients, adding: ‘I may not have symptoms but there is nothing to say I won’t pass it on to my family.’ Pictured: The father washes his pots as he self-isolates in the camper van behind his family home