One of Australia’s top infection-control experts has joined growing calls for COVID-19 quarantine to be isolated in regional facilities after the virus escaped hotels in central Melbourne and Adelaide. 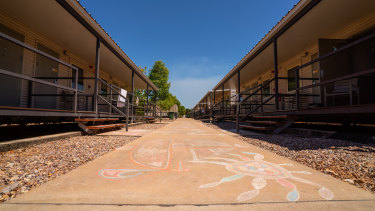 “Certainly, the further distance you have between people who are infected and the vulnerable community, that would be a good thing,” Associate Professor Russo said.

He said dedicated regional accommodation could be set up for quarantined travellers within reach of airports and hospitals. The facilities could employ full-time staff living on-premises, meaning they were far less likely to seed infection into the community.

South Australia was forced into a hard lockdown last week after an outbreak connected to hotel quarantine. Melbourne’s devastating second wave was caused by hotel quarantine breaches, while a security guard fell sick in Sydney’s system and a Defence Force guard was fined for hosting a female guest in his room. Multiple people have been fined after skipping out on hotel quarantine in Perth.

The federal government’s national review of hotel quarantine, released in October, found the system had largely succeeded, but recommended a national quarantine facility be set up for emergencies at the 3000-person Howard Springs facility in the Northern Territory.

Learmonth air force base or the federal government’s immigration detention facilities could also be used, the review said.

University of South Australia chair of biostatistics Professor Adrian Esterman said Australia already had such facilities and could hire staff who were "extremely well paid and employed by the government".

“I have been saying I don’t like these hotel quarantines for weeks now," he said.

Professor Mary-Louise McLaws, a leading epidemiologist and COVID-19 adviser to the World Health Organisation, has been calling for a purpose-built facility since June.

“But no one was ready to listen,” she said. “Sadly, it takes four hotel outbreaks to start a conversation.” 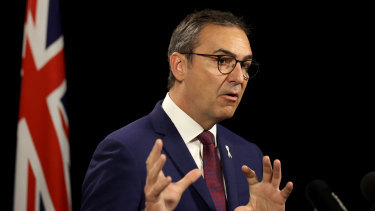 "Given the experience of medi-hotel failure in Melbourne and now Adelaide, we definitively know that placing international arrivals (infected with COVID-19) in CBD accommodation with subcontracted private security simply does not work,” he said.

"It makes no sense whatsoever. We don't have 1200 rooms in Woomera or Christmas Island to pop up with a quarantine hotel, let alone the staff, let alone building the hospital alongside it," the Premier said.

Professor Spurrier defended the security of the hotels, and said moving a quarantine facility into the outback was extremely difficult logistically and posed risks to Indigenous communities.

"It would be very, very difficult," she said. "Medi-hotels have been very strong in terms of their overall functioning and their performance. I'm actually quite comfortable with having the medi-hotels as they currently stand."

Those claims were backed by federal Trade Minister Simon Birmingham, who told Sky News that moving to regional facilities would cut the capacity of the system.

Professor Maximilian de Courten, health policy lead at Victoria University's Mitchell Institute, said hotel quarantine posed only small risks, and it would be far too expensive to relocate it to the regions.

"Do you really need to have it 99.99 secure? With COVID, you do not. COVID is infectious, it kills people, but not at the rate that Ebola does. It is not something we need to have water-tight to the nth degree," he said.

“We have quarantined 130,000 people. Try to run a program absolutely watertight at that sheer size. It’s impossible. We will have leaks. The question is how serious are they, and can we control them.

In a related development, NSW Premier Gladys Berejiklian went public on Sunday with her plan to use the state's hotel quarantine system to bring in international students and skilled migrants at the expense of returning Australians.

The position puts her at odds with Prime Minister Scott Morrison and the national cabinet, which committed to a policy of putting returning Australians first.

On Sunday morning, she defended her stance.

"Of course until Christmas and the new year period is over that should absolutely be the case … but NSW welcomes back [3000 Australians] every week. More Australians than all the other states combined," Ms Berejiklian said.

"Because a lot of our universities will have to actually axe jobs if we don't, especially regional universities, I don't want to see that happen."

"At just over 1100 [people] a week … we think the priority should be getting people who have waited – many of them a long time – to come home. We want to get them home so they can be with their family over summer whether Christmas is a factor or not," he said.