Kavanaugh arrives with his wife to save his Supreme Court nomination

‘My family and my name have been totally and permanently destroyed’: Furious and tearful Brett Kavanaugh calls nomination process a ‘national disgrace’ – after his accuser Christine Ford says she KNOWS he tried to rape her

Brett Kavanaugh nearly broke down in tears multiple times in a 45-minute emotional opening statement to senators on Thursday, as he angrily described the effect of the allegations against him on his family and his daughters – saying his youngest even wanted to pray for Christine Blasey Ford.

Visibly angry, he repeatedly stopped to blow his nose and drink water as he unleashed against the Democrats on the committee, accusing them of making him the victim of a smear campaign saying: ‘My family and my name have been totally and permanently destroyed.’

And he said he believed it was an attack not just on Donald Trump who nominated him, but in revenge for ‘the Clintons’, a reference to his work on Kenneth Starr’s investigation into Bill Clinton.

‘This whole two-week effort has been a calculated and orchestrated political hit fueled with apparent pent-up anger about President Trump and the 2016 election, fear that has been unfairly stoked about my judicial record, revenge on behalf of the Clintons, and millions of dollars in money from outside left-wing opposition groups,’ he said.

Kavanaugh choked up and took deep, heaving breaths as he talked about what his youngest daughter told his wife the night before he testified.

‘Little Liza all of 10 years of old, said to Ashley, we should pray for the woman. That’s a lot of wisdom from a 10 year old,’ he said.

Then he had to pause, choke back tears and regain his composure.

Kavanaugh was emotional again when talking about his yearbook. ‘For one thing, our yearbook was a disaster,’ he said, in reference to the reports of what was written in it.

‘Some people wanted the yearbook to be a combination of Animal House, Candy Shack and Fast Times at Ridgemont High, which were all recent movies at that time,’ he noted, adding ‘many of us went along with the yearbook to the point of absurdity.’

He added: ‘This past week my friends and I have cringed when we talked about it to each other.’

He specifically reference – without mentioning her name – Renate Schroeder, who The New York Times reported on earlier this week, noting a ‘Renate’ reference appeared 14 times in Kavanaugh’s yearbook with Kavanaugh listed as a ‘Renate Alumni.’ 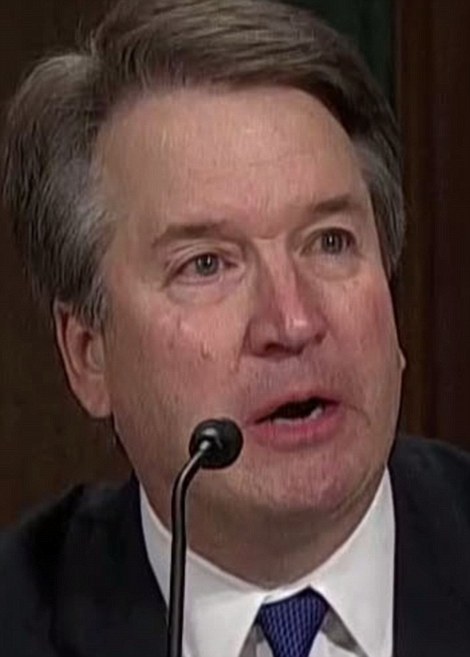 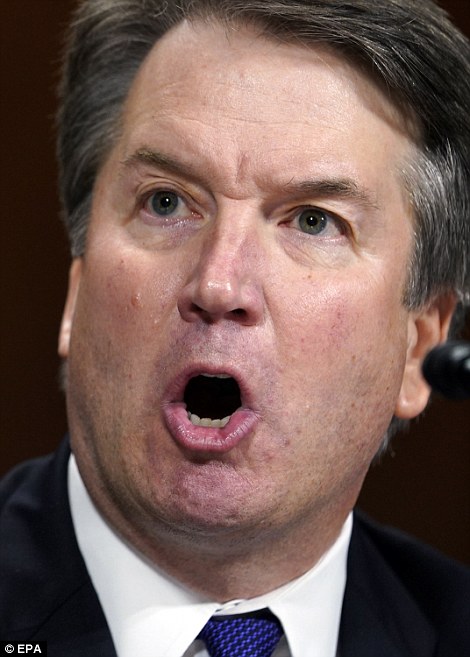 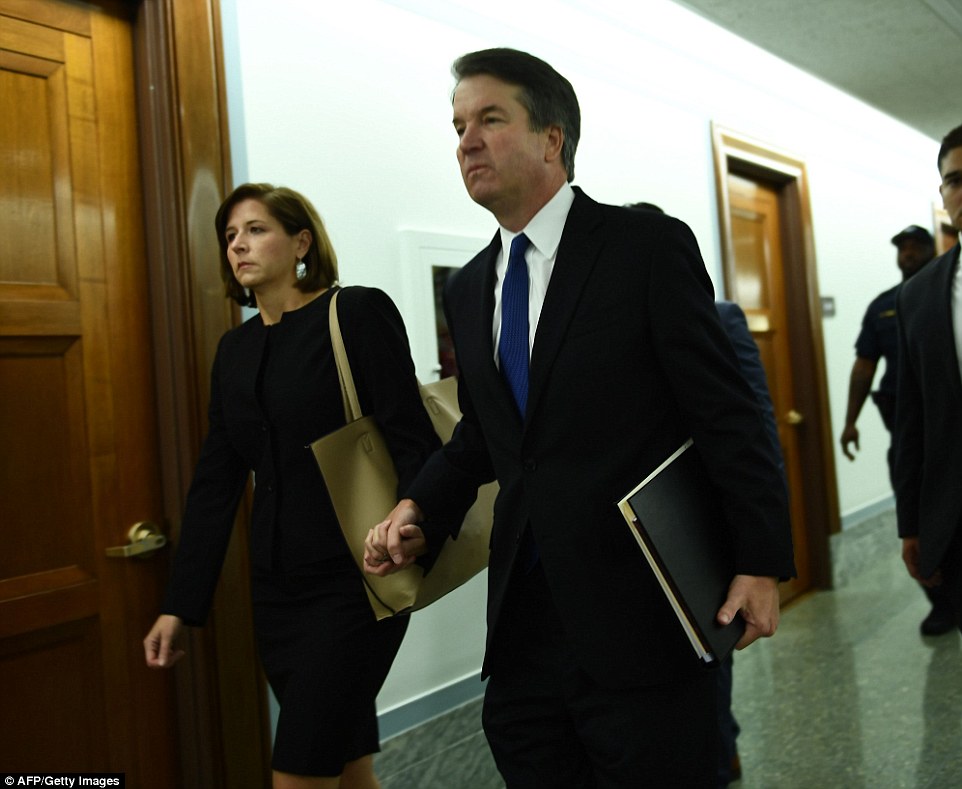 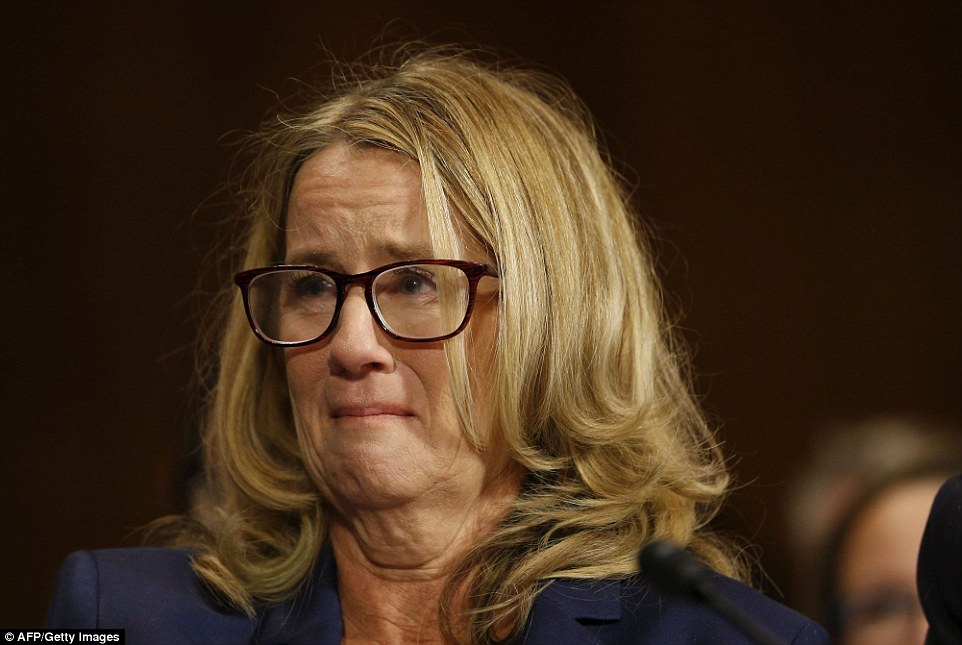 ‘It was not related to sex,’ he said bluntly.

‘I’m so sorry for her for that yearbook reference,’ he said and choked up again as he added: ‘She was and is a great person.’

He also reiterated his claim he made in a Fox News interview on Monday that he was a virgin in high school and for years afterward.

‘This is not a topic I ever imagined would come up in a judicial confirmation hearing,’ he said.

‘I never had sexual intercourse of anything close to it during high school or for many years after that,’ he added.

‘I liked beer. I still like beer. But I never drank beer to the point of blacking out and I never sexually assaulted someone,’ he said.

But he warned: ‘If every American who drank beer in high school is suddenly presumed guilty of sexual assault we are in a new place in this country.’

‘I’ll do whatever the committee wants,’ Kavanaugh responded. ‘I wanted a hearing the day after the allegation came up!’

‘Whatever the committee decides, I’m all-in immediately,’ he said.

‘The FBI doesn’t reach a conclusion,’ he said, describing the standard interview reports the Bureau produces. 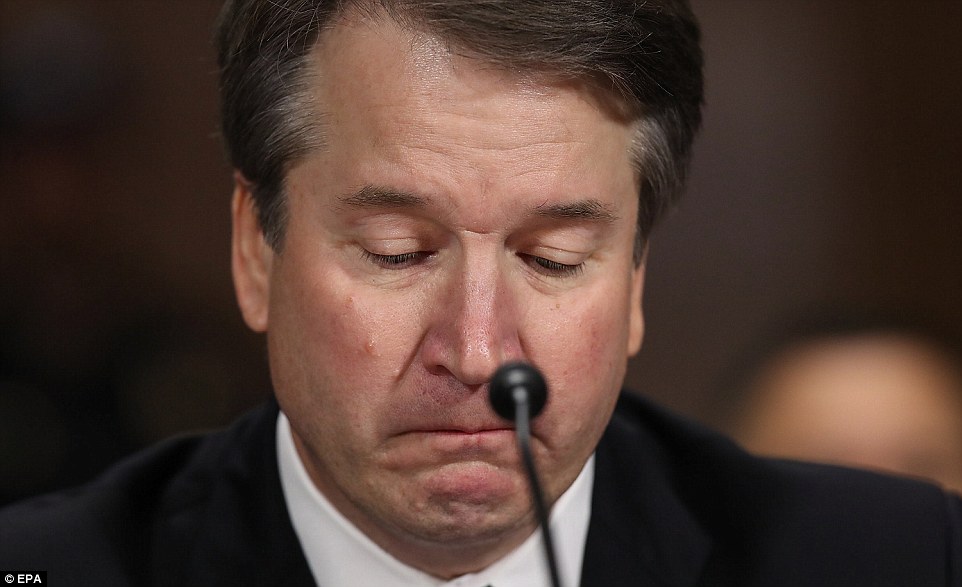 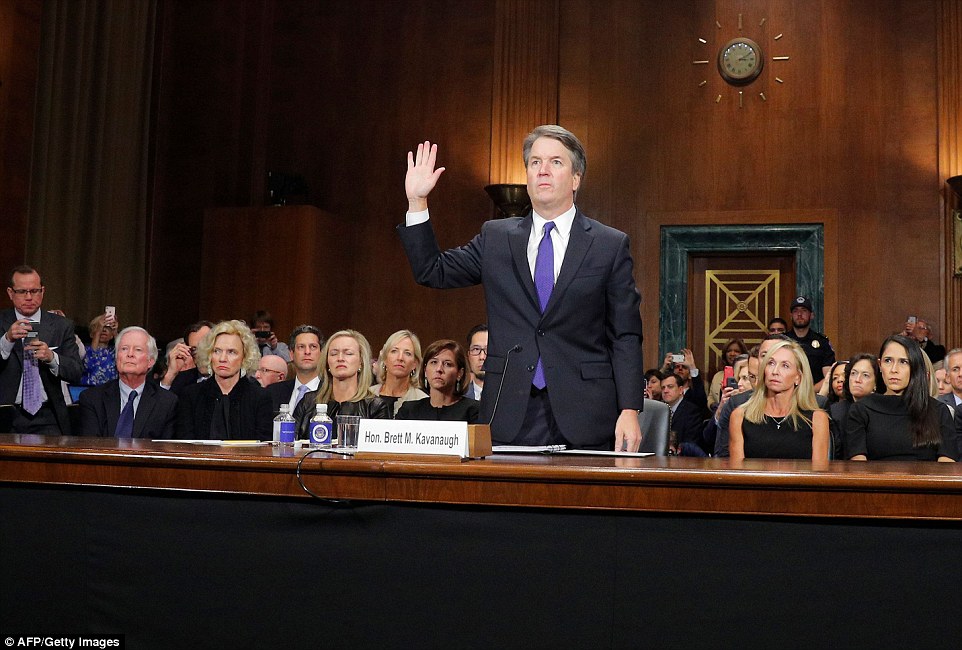 Supreme Court nominee Judge Brett Kavanaugh is sworn in to testify before the Senate Judiciary Committee on Capitol Hill in Washington, Thursday 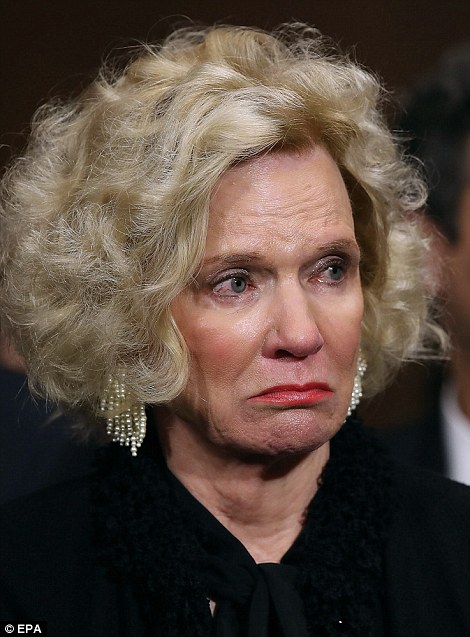 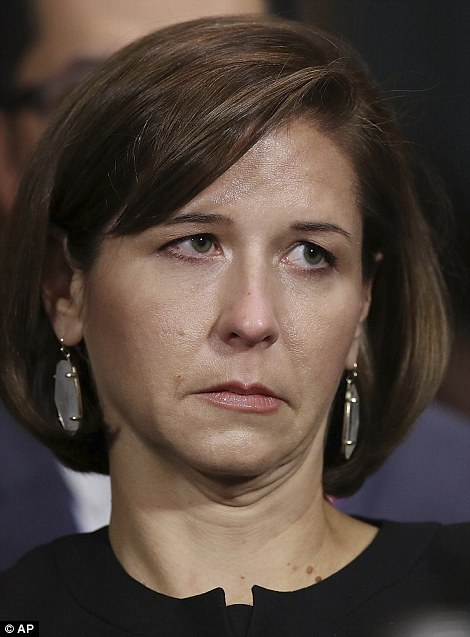 Both Kavanaugh’s mother Martha, left, and wife Ashley, right, looked upset as they listened to his testimony 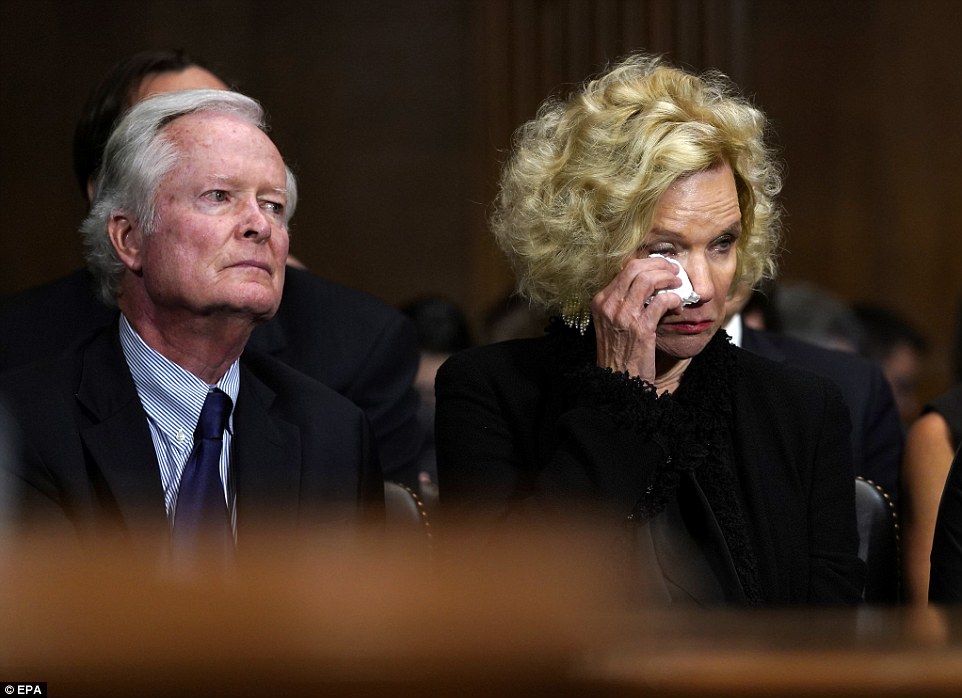 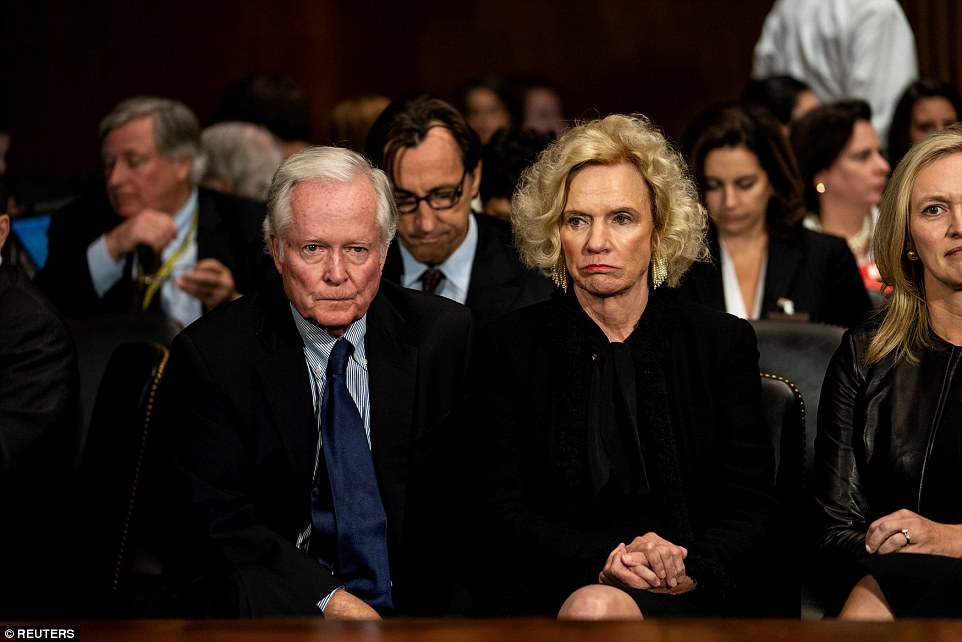 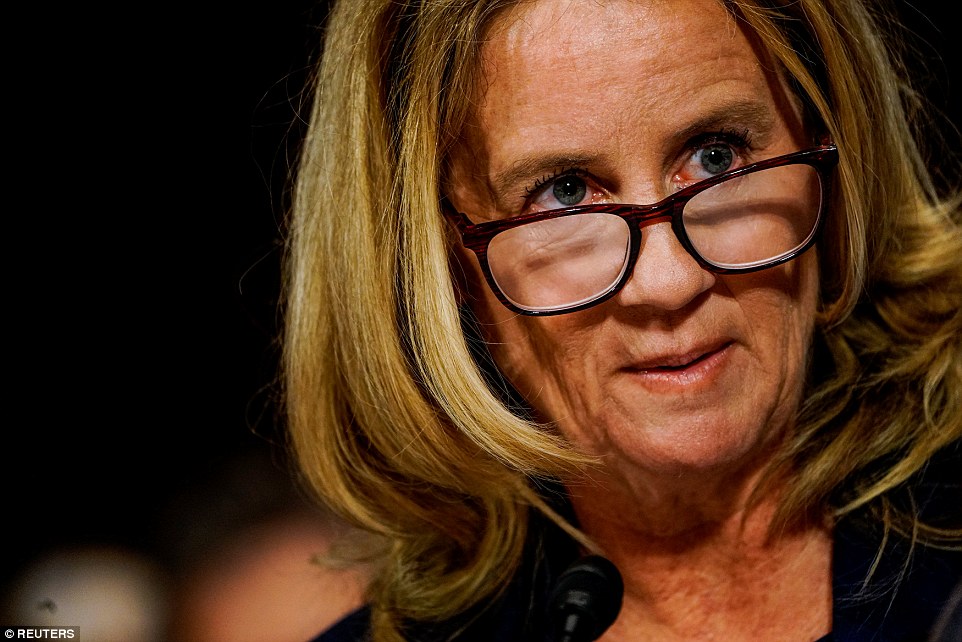