Sir Keir Starmer last night faced calls to apologise for misleading parliament after claiming Boris Johnson had accused the BBC of being too soft on Vladimir Putin.

The Labour leader made the remarks in a stormy exchange with the PM, who stood by his comments accusing the Archbishop of Canterbury of unfairly criticising plans to send asylum seekers to Rwanda.

At a private meeting of Tory MPs on Tuesday night, the Prime Minister said the immigration policy had been ‘misconstrued on the BBC and by certain members of the clergy’. 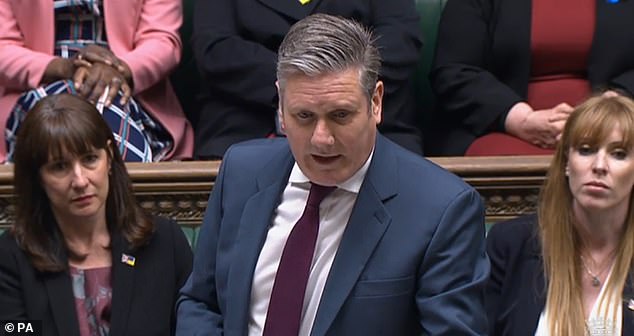 Mr Johnson went on to suggest that senior clergymen had been ‘less vociferous on Easter Sunday against Putin’, according to a source in the meeting.

In his Easter sermon, Archbishop Justin Welby had said the Rwanda plan was ‘the opposite of the nature of God’.

Yesterday the Church of England accused the PM of a ‘disgraceful slur’ and Sir Keir told MPs that Mr Johnson had ‘slandered’ the archbishop.

‘He [the PM] apparently made the point to Conservative MPs that the BBC and the archbishop were not focusing enough on Vladimir Putin,’ Webb said.

‘I just wonder, can you come up with an occasion when Boris Johnson has put his life on the line for the truth – as [BBC correspondents] Jeremy Bowen has, as Lyse Doucet has, as Clive Myrie has?’

Paul Scully said: ‘It’s not something I can particularly comment on.’

The BBC presenter’s question appeared to overlook the fact that Mr Johnson visited Kyiv on April 9 and joined President Volodymyr Zelensky on a walkabout. 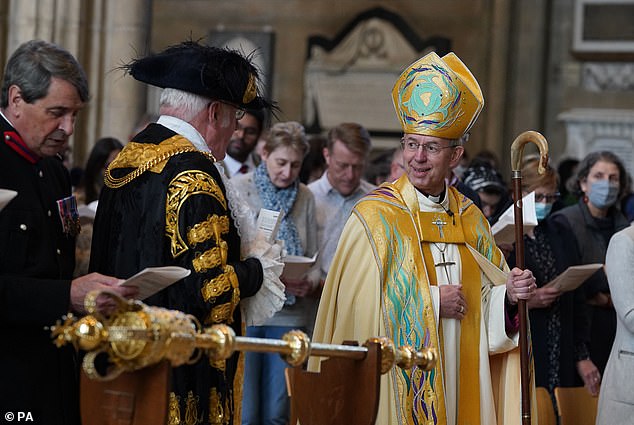 Archbishop Justin used his sermon in Canterbury to attack the ‘ungodly’ deal with Kigali, which could see thousands of people flown to Rwanda from next month 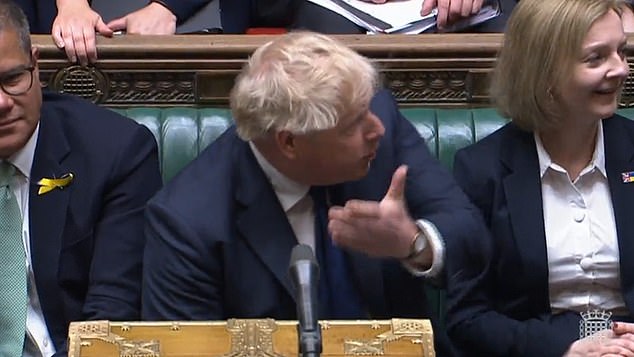 Sir Keir told MPs: ‘The Prime Minister (pictured) went to see his backbenchers and he was back to blaming everyone else. He even said that the Archbishop of Canterbury had not been critical enough of Putin’

Later on during an angry Prime Minister’s Question Time, the PM did not deny making the comments about the archbishop and the BBC over Rwanda.

But he strenuously denied Sir Keir’s claims that he had criticised the BBC over its Ukraine coverage.

Sir Keir told MPs: ‘The Prime Minister went to see his backbenchers and he was back to blaming everyone else. He even said that the Archbishop of Canterbury had not been critical enough of Putin.

‘In fact, the Archbishop called Putin’s war “an act of great evil”, and the Church of England has led the way in providing refuge to those fleeing.’

The Labour leader then said: ‘The Prime Minister also accused the BBC of not being critical enough of Putin.’

The Prime Minister responded: ‘I said nothing of the kind and I have the highest admiration – as a former journalist – for what journalists do.’