Sir Keir Starmer has made leadership rival Lisa Nandy his shadow foreign secretary as the new Labour leader announced a series of senior appointments to his top team – and ousted allies of Jeremy Corbyn.

Meanwhile, Angela Rayner, who was yesterday elected deputy party leader, has been appointed party chairman, while Rachel Reeves, who last served in Ed Miliband’s shadow cabinet in 2015, returns as shadow chancellor of the Duchy of Lancaster.

The new Labour leader said all of the above people will now serve in a shadow Covid-19 committee which will determine the party’s response to the ongoing coronavirus crisis.

Sir Keir’s overhaul of the Labour frontbench is likely to spark accusations of a bonfire of the Corbynites after he moved to get rid of three of the old leader’s most vocal supporters.

Ian Lavery announced before Sir Keir published the new appointments that he was out as party chairman while Barry Gardiner and Jon Trickett did the same as they were told they would not be returning as shadow international trade secretary and shadow minister for the Cabinet Office respectively.

This morning Sir Keir pledged his shadow cabinet will be ‘balanced’ in comments viewed as a commitment that he will bring Blairite MPs who were effectively banished during Mr Corbyn’s tenure back into the fold.

The former Brexit secretary said he is willing to engage ‘constructively’ with the government during the outbreak of the deadly disease.

But he blasted ministers for being too slow at explaining why the UK is ‘so far behind’ other countries when it comes to testing. 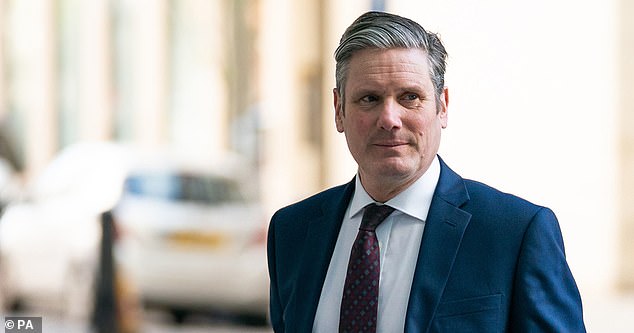 Sir Keir Starmer, pictured this morning arriving at the BBC, has started to make appointments to his Labour frontbench after winning the party leadership yesterday 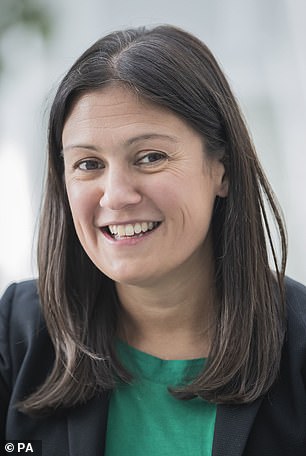 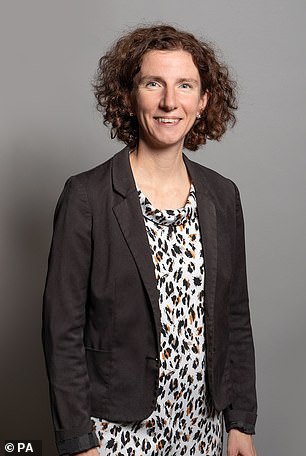 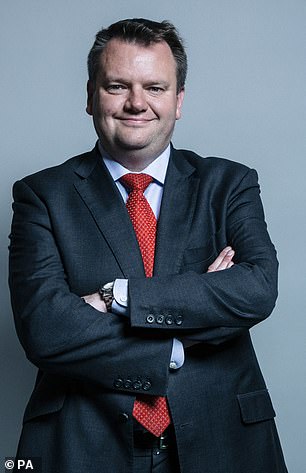 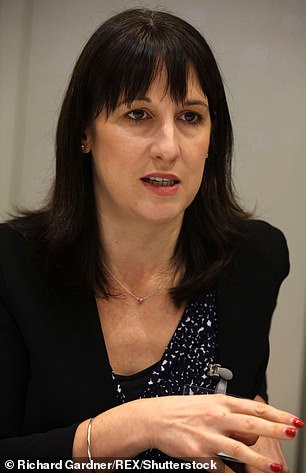 Sir Keir takes over the Labour leadership at a uniquely challenging time due to the spread of coronavirus.

His shadow cabinet appointments represent a significant moment because they will set the tone for the start of his premiership.

The elevation of Ms Nandy, who came third in the leadership contest, comes at the expense of Emily Thornberry who had served as shadow foreign secretary since June 2016.

However, Ms Thornberry is expected to stay in the shadow cabinet in a new role when the rest of Sir Keir’s appointments are made tomorrow.

As well as the new appointments, Nick Brown has been kept on as chief whip while Angela Smith is still shadow leader of the House of Lords.

Sir Keir said: ‘We are living through a national emergency. Under my leadership, the Labour Party will always act in the country’s interest to save lives and protect livelihoods. That will be the number one priority of my shadow cabinet.

‘We will be a responsible opposition that supports the government where we believe they are right and challenge them when we believe mistakes are being made.’

Sir Keir was earlier asked during his first broadcast interview since winning the leadership if his shadow cabinet will look like Mr Corbyn’s or if it will have elements from across the Labour Party.

While Sir Keir would not discuss specific names, he hinted he did intend to give roles to centrist and moderate MPs who did not get jobs under Mr Corbyn.

He told the BBC: ‘I will have in my shadow cabinet those who want to serve towards the future aim of winning that next general election.

‘It will be a talented, balanced shadow cabinet. But what I felt yesterday very strongly was our party coming together and focusing on the future and I think that is what matters.

‘We are not looking back, we are not badging people by the past, we are going forwards to the future, focusing on how we win the 2024 general election.’

Sir Keir is only expected to announce senior appointments to his shadow cabinet today with more junior roles made public tomorrow.

His shadow cabinet appointments were initially delayed this afternoon because he had to take part in a briefing phone call with the Cabinet Secretary, Chief Medical Officer and Chief Scientific Adviser.

Sir Keir has agreed to work with the government after receiving an invite from Boris Johnson yesterday.

The PM wrote to the leaders of the UK’s main opposition parties to ask them to help him defeat coronavirus. They are due to meet for a briefing this week.

Sir Keir said he will attend the briefing but risked souring relations with the PM before they meet as he launched an outspoken attack on his rival.

Appearing on the BBC, Sir Keir said Labour ‘won’t demand the impossible’ from the government but that Mr Johnson can expect a grilling on key issues like testing and protective equipment for NHS staff.

Sir Keir said: ‘I do think getting the balance right is important here. We have got to be constructive, we have got to pull together, support the government where it is right to do so but asking those difficult questions matters.

Jon Trickett, the shadow minister for the Cabinet Office, has also been pushed out of the shadow cabinet

Barry Gardiner, the shadow international trade secretary, said he had been ‘stood down’ by Sir Keir

‘You can see that when the difficult questions were asked on testing things began to move, same thing with equipment on the frontline.’

Sir Keir said Labour would ‘do our bit to offer solutions’ but would also ‘speak for those who have been ignored’, and expose mistakes where they are found ‘to ensure that they are rectified as soon as possible’.

Writing in The Sunday Times, he said: ‘And let’s be honest, serious mistakes have been made.

‘The public is placing an enormous trust in the government at the moment: it is vital that that trust is met with openness and transparency about those mistakes and the decisions that have been made.’