Kensington beauty salon boss, 42, slapped wife, 48, after she confessed to an affair with their kickboxing instructor – then told their son, 10, ‘your mother is s****ing a black man’ when he heard screams, court hears

A Kensington beauty salon boss – dubbed the ‘King of Hair Extensions’ – slapped his wife across the face when she confessed to an affair with their kickboxing instructor, a court heard.

Sebastien Rubens Nabeth, 42, struck 48 year-old Elaine Nabeth at their £715,000 apartment in Southfields, London and told her: ‘You deserved that.’

An hour later he was handcuffed by police outside ‘Sebastien Salon’ in Thackeray Street, Kensington – a business ex-City worker Elaine helped build.

Nabeth was convicted of assaulting Elaine on December 4, last year at their matrimonial home in Southfields. 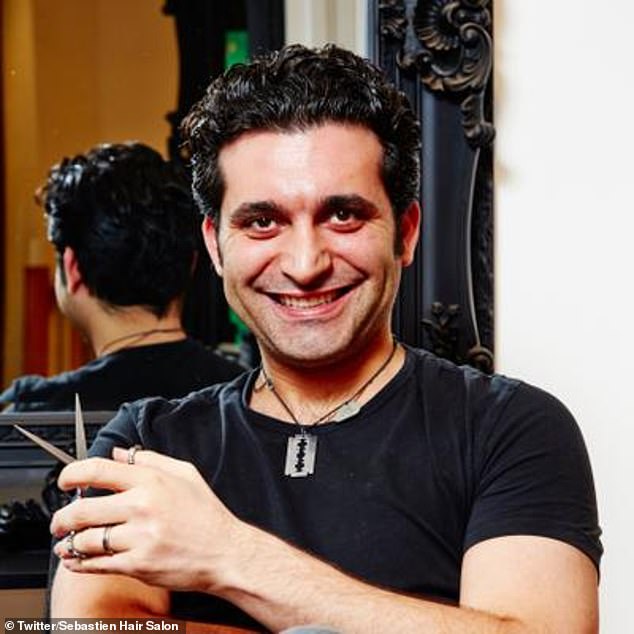 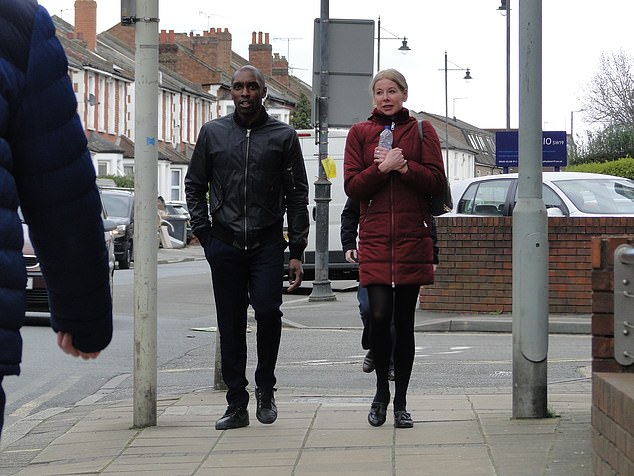 At Wimbledon Magistrates Court he was conditionally discharged for two years and ordered to pay £200 costs.

‘The bench take into account the significant emotions involved when you slapped your wife across the face in what was an isolated incident for you, a man of good character,’ magistrate Vanessa Weguelin told him.

He claimed his wife slapped herself in their en-suite and immediately used her phone to take a picture of the reddening to her cheek, but this was rejected by the magistrates.

‘He suspected she was having an affair, but she constantly denied it and the defendant feared he was being paranoid and sought counselling,’ said Ms Suki Dhada, defending.

‘It turned out she was having an affair with a kick-boxing instructor, an instructor they both had seen together, but then Mrs Nabeth continued seeing alone to have personal training with.

‘She admitted having an affair with Idris when she and the defendant met at a coffee shop near their home.

‘His whole world fell apart and he went absolutely crazy in assaulting her.’

During the trial Elaine told the court: ‘The conversation turned very vulgar, asking me about sexual positions with my friends. It was horrible.’ 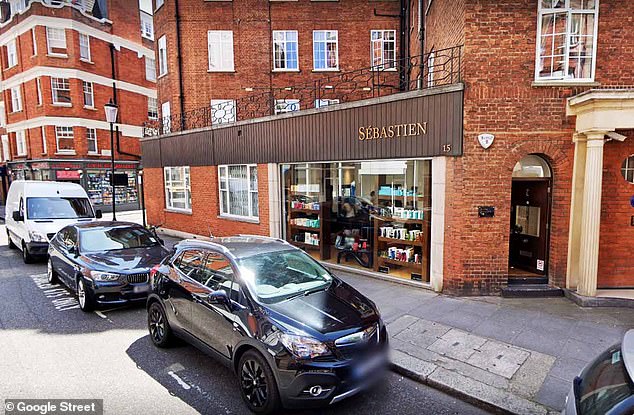 He was handcuffed by police outside ‘Sebastien Salon’ in Thackeray Street, Kensington – a business ex-City worker Elaine helped build

She confirmed her intimate relationship with kickboxing tutor ‘Idris’ to her husband. ‘He drew his hand back and slapped me hard on the cheek. I was completely shocked.

‘My face was quite swollen and it was stinging and I reacted with a scream. He told our ten year-old son: ‘Your mother is s****ing a black man’.

‘He was trying to pull my mobile phone out of my hand, grappling with me. There was blood on my hand, caused by a cut to my thumb.’

The defendant claims Elaine disappeared into a toilet with Idris for sex when they attended a party at Putney’s Martial Fitness the previous summer, with the instructor enjoying back-slaps from colleagues when exiting.

Elaine ceased being a co-owner of the salon three weeks before the assault. ‘I was a director and helped build that business until he coerced me into signing a form,’ she told the trial.

‘He was very insecure and jealous throughout the marriage,’ added Elaine, who began dating Nabeth, her then-hairdresser, in 2002. ‘Financially he looked after me, but he was an emotional bully.

‘He tracked my phone and my Oystercard journeys and has been creating a lie that I have been having affairs for five years.’

The marriage effectively ended six moths before the assault, said Elaine. ‘He was threatening to commit suicide and was sobbing on the sofa.

‘He was having breakdowns and could not work and was walking out of the salon. He was buying me unwanted gifts, pressuring me for the relationship to continue.

‘He could not face the truth, but the relationship was dead and gone, buried and I told him I did not fancy him physically.’

Describing their marriage as ‘full of love and passion’, Nabeth said: ‘There was something not right about my wife. She began to withdraw from the relationship and wanted her own life, freedom and friends.

‘I never threatened suicide, but was trying to save the life and family that I had worked all my life for. She was having an affair in the house while I was at work and our son was at school.

‘She confessed that she was having an affair with Idris and I said because I had done nothing wrong it was she that would have to leave the flat.

‘She started to pinch herself and slap her face and then used her phone to start bashing my head. I realised this was the point that was the end of our family.’

Elaine denied a defence suggestion she had ‘stitched up’ her husband, describing the self-inflicted injury account as ‘complete fabrication.’

A police nurse did find a small injury to Nabeth’s head, but the court ruled the evidence concerning the tussle for the phone was inconclusive.

The couple are now also involved in bitter Family Court proceedings with Elaine making tax-evasion claims against her ex, the court heard.