Utah authorities released body camera and surveillance footage Monday showing an 18-year-old man armed with a large knife and pointing what appeared to be a handgun at police moments before he was shot and injured by an officer last week.

The weapon was later determined to be an airsoft gun. The Ogden Police Department responded shortly after 7 p.m. on Oct. 27 to the man's family's home after a caseworker with the state of Utah told 911 dispatchers he was threatening to commit suicide.

Gavin Johansen, 18, was shot in the abdomen, and police immediately began administering aid before an ambulance arrived and transported him to the hospital with injuries that were not life-threatening, Ogden Police Chief Randy Watt said at a news conference after the incident, according to The Salt Lake Tribune. He was later charged with aggravated assault against a peace officer, possession of a firearm by a restricted person and aggravated assault. 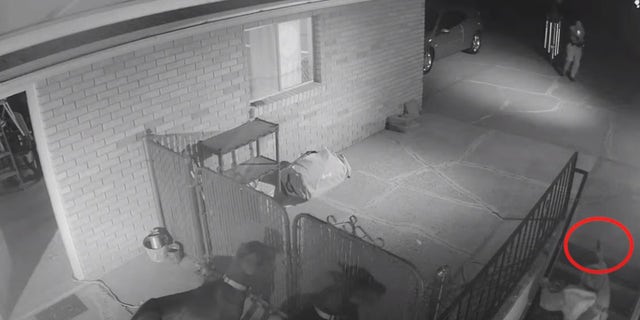 Surveillance video at the residence showed Johansen pointing what appeared to be a handgun at the officer before he was shot. (Weber County Attorney’s Office)

According to a recording of the initial 911 call released Monday, the caseworker told dispatchers that Johansen’s girlfriend had texted his mother saying that the teen had said goodbye and planned to go to the family’s home near the 800 block of Fifth Street to retrieve a shotgun to use to kill himself. Officers arrived at the home and established a perimeter due to the violent nature of the call.

As officers were making contact with the occupants at the front door, Johansen exited the residence through the rear basement door armed with a knife and what appeared to be a handgun, according to the Weber County Attorney’s office. He then presented the gun at an officer who had positioned herself in the back of the residence. 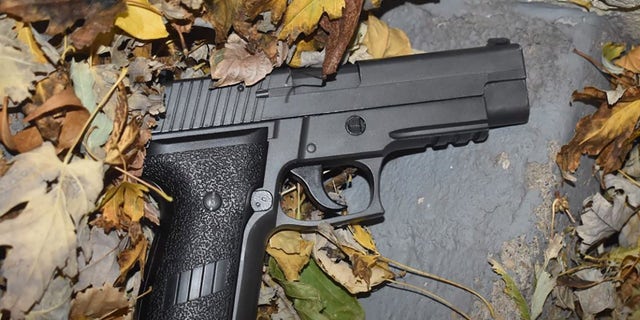 Police identified the weapon Johansen pointed at the officer before he was shot as an airsoft gun. (Weber County Attorney’s Office) 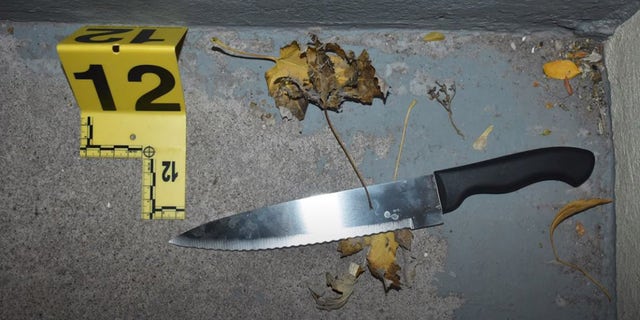 She then fired at Johansen at least five times before radioing to fellow officers that shots had been fired.

Officers shouted for Johansen to make his hands visible before pulling him from the stairwell by his arms to get him onto flat ground. Johansen can be heard crying and asks if he's going to die. 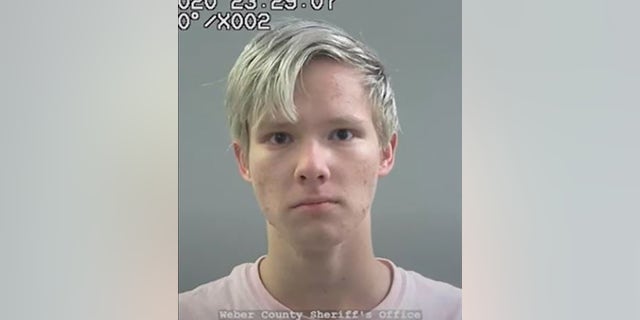 Another video taken from the surveillance camera at the home showed a different angle of the incident. The attorney’s office circled where in the footage Johansen was seen holding the knife and gun.

Police later identified the weapon as an airsoft gun and released photos of both the gun and knife recovered at the scene. The department has not identified the officer who fired the shots but she was placed on leave, as is standard protocol, Watt said.

An investigation into the incident is ongoing, and a final report with all evidence will be prepared and submitted to the Weber County Attorney’s office for final review. Johansen did not live at the family home and was in the custody of the state juvenile justice services, according to the caseworker heard on the 911 call.