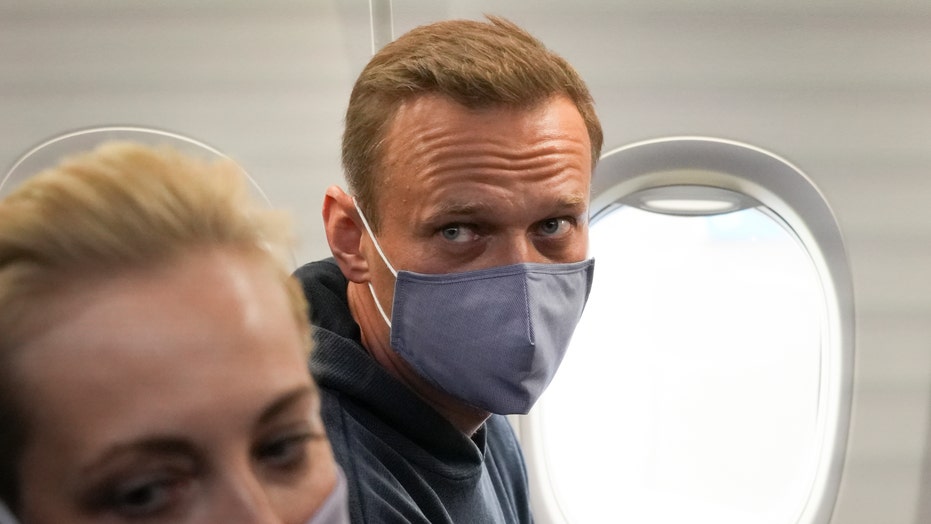 Being Navalny: Russian activist, wife reveal his brush with death

Russian opposition leader Alexei Navalny returned to Russia on Sunday five months after his poisoning with the nerve agent Novichok.

He arrived with his wife Yulia Navalnaya at Moscow’s Sheremetyevo Airport on Sunday evening local time. Navalny was detained on his arrival at Sheremetyevo.

Navalny traveled from Berlin to Moscow after recovering in Germany from his poisoning in August. Confusion surrounded his arrival in Russia — his plane was scheduled to land at Moscow’s Vnukovo Airport, where supporters and media were waiting.

His spokeswoman Kira Yarmysh tweeted at 12:12 p.m. ET that he had arrived at Sheremetyevo. “Until recently it was impossible to believe that they were so afraid. But here’s the confirmation,” she wrote, in a translated tweet.

After disembarking the plane, Yarmysh tweeted that Navalny was asked to go somewhere to “clarify the circumstances of crossing the state border”

She then tweeted video of Navalny being taken away by police. He kissed his wife before being detained.

At Vnukovo, Navalny supporters and members of his team were detained by police prior to his arrival, according to reports and posts on social media.

Navalny announced Wednesday that he would return, despite Russian authorities’ threats to put him behind bars again. On Thursday, Russia’s prison service said that he faced immediate arrest upon his return. 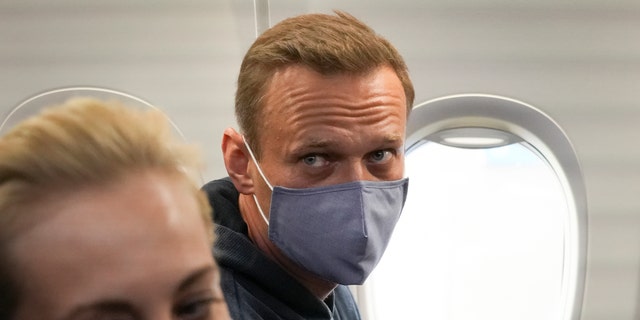 Alexei Navalny and his wife, Yulia, sit in the plane prior to their flight to Moscow in the Airport Berlin Brandenburg (BER) in Schoenefeld, near Berlin, Germany, Sunday, Jan. 17, 2021.
(AP Photo/Mstyslav Chernov)

Navalny, who has blamed his poisoning on the Kremlin, charged that Russian President Vladimir Putin was trying to deter him from coming home with new legal motions. The Kremlin has repeatedly denied a role in the opposition leader’s poisoning.

At the end of December, the Federal Penitentiary Service, or FSIN, warned Navalny that he faced time in prison if he fails to immediately report to its office in line with the terms of a suspended sentence and probation he received for a 2014 conviction on charges of embezzlement and money laundering that he rejected as politically motivated. The European Court for Human Rights had ruled that his conviction was unlawful.

The Associated Press contributed to this article.