Kurdish protesters clash with police as Erdogan arrives in the UK

Mr Erdogan will meet with the Queen and Prime Minister Theresa May during his trip – which has sparked criticism from human rights campaigners and politicians.

Liberal Democrat leader Sir Vince Cable condemned the visit as he accused the Turkish leader of having an ‘unacceptable disregard for liberal, democratic values’. 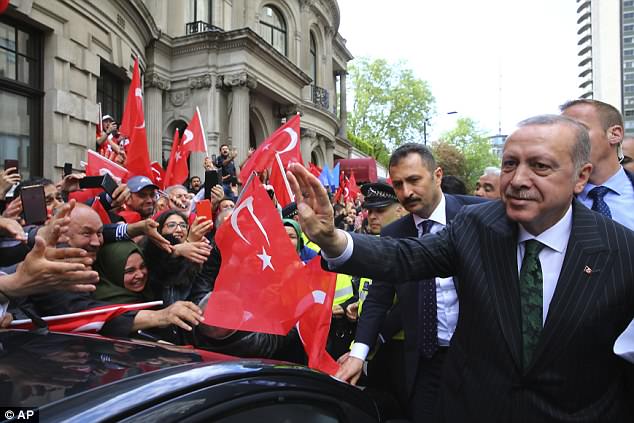 Turkey’s President Recep Tayyip Erdogan, right, waves to his supporters gathered outside his hotel in London 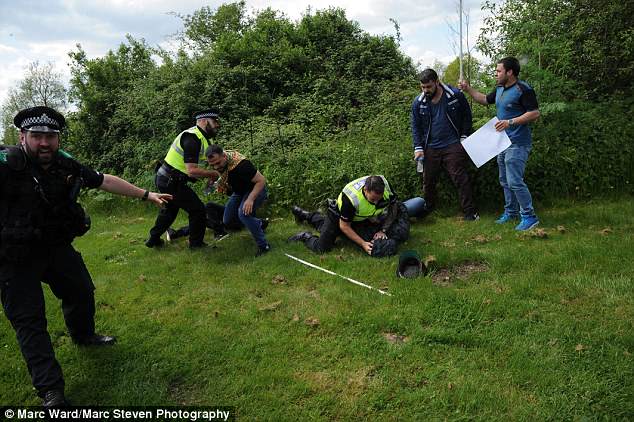 Sir Vince said: ‘May’s administration appears to have substituted diplomacy for sycophancy in its pursuit of Brexit.

‘By permitting a state visit and audience with the Queen, May and Johnson are essentially rolling out the red carpet for a man with a disregard for human rights, who is responsible for alarming oppression and violence.’

Critics condemn the visit based on the Turkish government’s oppression of journalists, opposition politicians and human rights campaigners.

Turkey has been involved in conflict with Kurdish separatists for decades as they demand their own state, which would fall partially on Turkish territory.

Ahead of the trip Mr Erdogan called the UK a ‘strategic partner and ally’ – and said he he wanted to improve trade relations between the two countries. 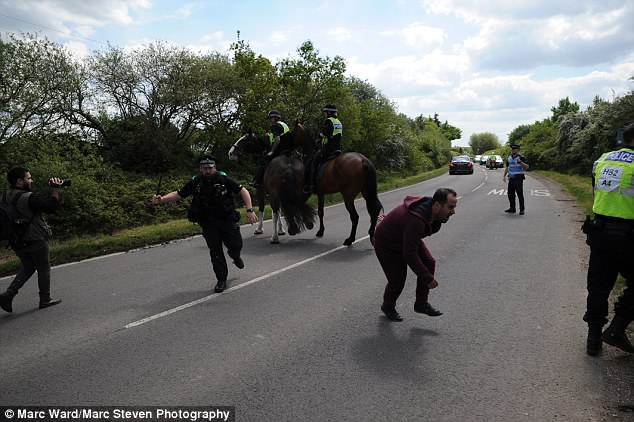 ‘We want to continue our economic relations as the governments of Turkey and the United Kingdom without interruptions after Brexit.’

Erdogan arrived at RAF Brize Norton in Oxfordshire at midday before travelling to Reading where he spoke at the annual Turkish-British Tatlıdil Forum.

He said Turkey and the UK were ‘fighting shoulder to shoulder as responsible nations to defeat terrorism’. Erdogan started a three-day visit to Britain by praising the country as ‘an ally and a strategic partner, but also a real friend’ 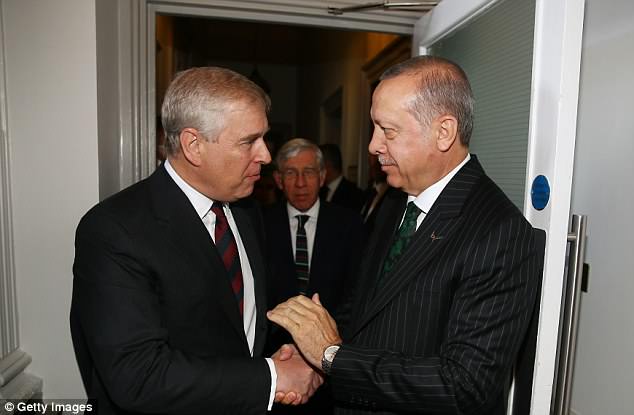 In his speech at the forum, which was established in 2011 to produce closer ties between the countries, he said: ‘We want to continue our economic relations as the governments of Turkey and the United Kingdom without interruptions after Brexit.’

Mrs May and the Turkish president are set to discuss international issues such as the situation in Cyprus where the two nations act as guarantors.

The Turkish leader will also meet business investors during the visit and speak at the Chatham House think tank. 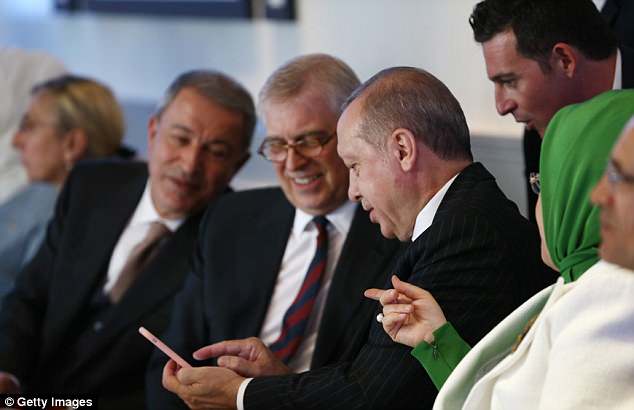 Prince Andrew and Erdogan pore over an iPhone during the forum 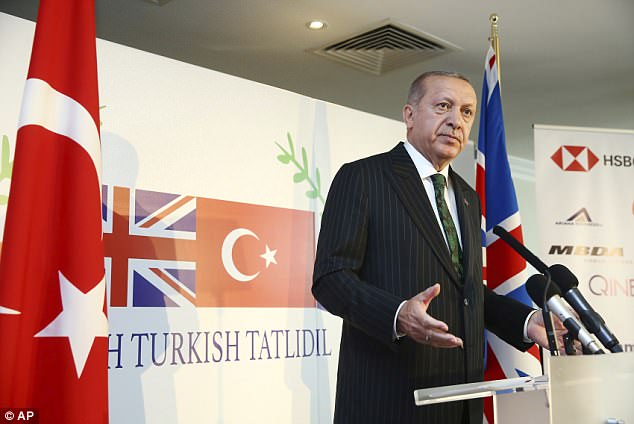 Green Party co-leader Caroline Lucas MP, a supporter of the Best for Britain campaign against a hard Brexit, said earlier this week: ‘As we hurtle towards Brexit it’s clear that the Government is increasingly willing to cosy up to repressive leaders from across the world.

‘President Erdogan is an autocrat, who inflicts serious harm on his own population – yet we’ve flogged him millions of pounds worth of weapons and now we’re inviting him over for tea.

‘It would be utterly appalling if Theresa May doesn’t take this opportunity to stand up to Erdogan’s human rights abuses, and if the only outcome from these meetings was smiling photos with a leader who we’re desperately trying to court before the Brexit crunch begins.’