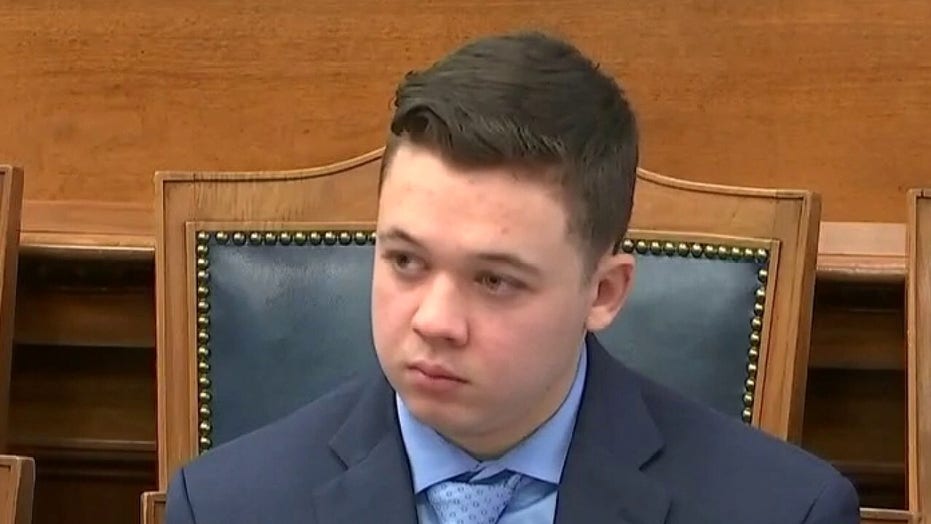 Former federal prosecutor Andy McCarthy and attorney Brian Claypool react to the prosecution’s closing arguments in the Kyle Rittenhouse case on ‘The Story.’

The prosecution painted Kyle Rittenhouse as a “chaos tourist” who went to Kenosha last August looking for trouble during closing arguments on Monday, while his defense attorney argued that the then-17-year-old was just trying to protect businesses when a “crazy person” ambushed him and forced Rittenhouse to defend himself.

Judge Bruce Schroeder ordered the jurors to assemble on Tuesday morning at 9:00 a.m. for deliberations after two weeks of testimony from about 30 witnesses.

The judge tossed one charge of possession of a dangerous weapon by a person under 18 on Monday after Rittenhouse’s defense team argued that a subsection of the law concerning short-barreled rifles was grounds for dismissal. 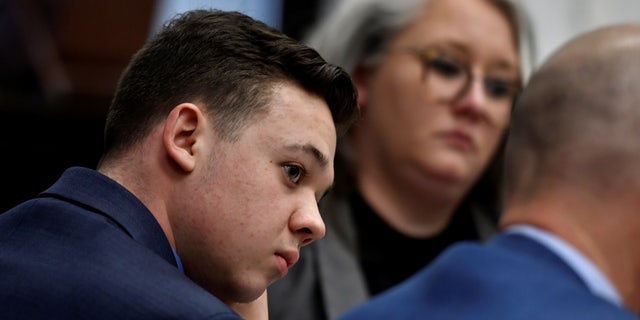 Kyle Rittenhouse listens as his attorney, Mark Richards, give his closing argument during  Rittenhouse’s trial at the Kenosha County Courthouse, in Kenosha, Wisconsin, U.S., November 15, 2021. Sean Krajacic/Pool via REUTERS

Rittenhouse was 17 years old when he drove about 20 miles to Kenosha, Wisconsin, last August during protests over police brutality. During the unrest, Rittenhouse shot and killed two men and wounded a third.

During his closing argument on Monday, Assistant District Attorney Thomas Binger called Rittenhouse a “wannabe soldier” who provoked the crowd to attack him.

“Under Wisconsin law, you’re not allowed to run around and point your gun at people. This is the provocation. This is what starts this incident,” Binger told the jury while showing a video that he claims depicts Rittenhouse waving his gun at protesters. 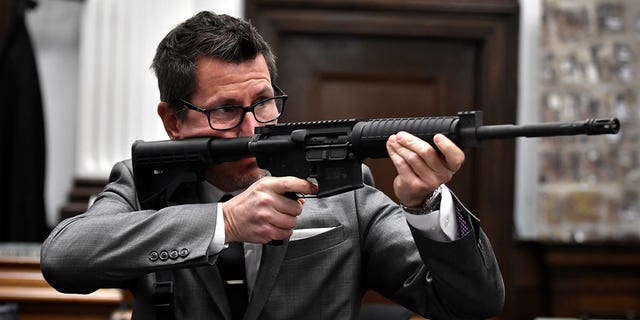 Defense attorney Mark Richards slammed Binger as a desperate prosecutor who mishandled the case and is now resorting to the provocation claim.

“Think back to November second when this case started, did you hear one word out of Mr. Binger’s mouth about provocation? You didn’t. Because it was never said,” Richards told the jury. “But when his case explodes in his face, now he comes out with provocation.”

Rittenhouse testified last week that 36-year-old Joseph Rosenbaum, the first man gunned down that night, threatened to kill him and tried to grab his gun.

“If I would have let Mr. Rosenbaum take my firearm from me, he would have used it and killed me with it and probably killed more people,” Rittenhouse said.

During closing arguments, Richards called Rosenbaum a “crazy person” who was “hell-bent on causing trouble that night,” while Binger said that Rosenbaum was “not even within arm’s reach when the first shot” occurred. 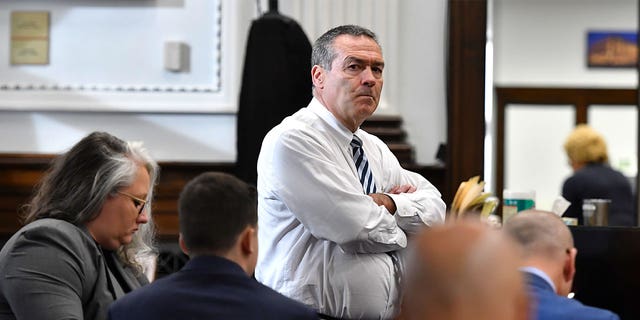 Mark Richards, Kyle Rittenhouse’s lead attorney, center, stands in from of his team as they wait for the day to begin at the Kenosha County Courthouse on November 15, 2021 in Kenosha, Wisconsin. (Photo by Sean Krajacic-Pool/Getty Images)

Binger said that the crowd had the right to believe that Rittenhouse was an “active shooter” after the initial Rosenbaum shooting.

“It is entirely reasonable for that crowd to believe at that moment that he is a threat to kill again,” Binger said Monday. “I submit to you, ladies and gentlemen, that in this situation, the crowd has the right to try and stop an active shooter. They have a right to protect themselves.”

Wisconsin’s self-defense law permits someone to use deadly force if “necessary to prevent imminent death or great bodily harm to himself or herself.”

Eight men and 10 women have been hearing the case. A dozen jurors will be drawn randomly on Tuesday morning and the other six will be designated as alternates.