Attorneys for Kyle Rittenhouse filed a motion in court this week to have the gun and clothing seized after his arrest in 2020 returned to him.

The move comes two months after the 19-year-old from Illinois was acquitted on all charges of killing two men and wounding another during unrest in Kenosha, Wisconsin, on Aug. 25, 2020. The unrest was prompted by the police shooting of Jacob Blake, a Black man, during a domestic disturbance call two days earlier. Blake was left paralyzed.

In the paperwork filed by Rittenhouse’s attorney Mark Richards to the Kenosha County Circuit Court, Rittenhouse stated he wanted the AR-15-style rifle returned so it could be destroyed.

If Rittenhouse, had been convicted the state would have destroyed the gun, the Kenosha News reported.

He also wants his cell phone, ammunition and the rifle’s magazine back.

David Hancock, a family spokesman, has said Rittenhouse wants the weapon and clothing he wore from that night destroyed so it can’t be used as a symbol to “celebrate” the shootings that left Joseph Rosenbaum and Anthony Huber dead and Gaige Grosskreutz wounded. 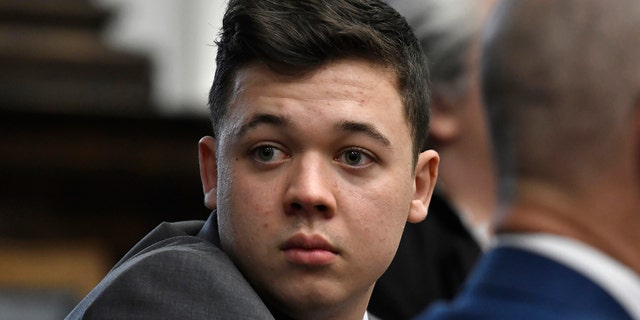 Kyle Rittenhouse in court during his trial on Wednesday, Nov. 17, 2021. He was acquitted last year on all charges connected to the 2020 killing of two men during unrest in Kenosha, Wisconsin.
(Associated Press)

To many, the case became political, with those on the right stressing Rittenhouse’s right to defense and liberals seeing the teen as trigger-happy and ill-advised in driving to Kenosha. 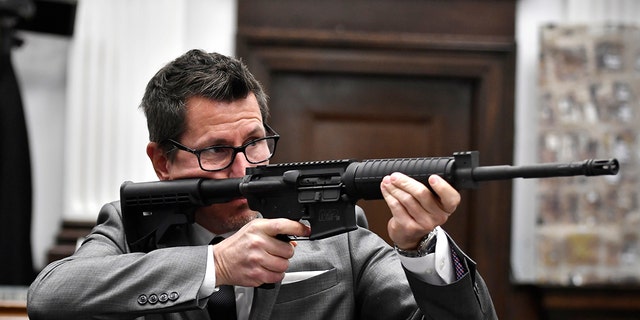 Rittenhouse said he left his home in Antioch, Illinois, armed that night to protect property from vandals during the rioting. He turned himself in hours after the shootings after he had returned home.

“At the end of the day, two people did lose their lives, period,” Hancock said. “That weapon was involved in that. That weapon doesn’t belong on a mantle. It doesn’t belong in a museum. It belongs where Kyle wants it, and Kyle wants it destroyed. … There’s plenty of people out there who would like to hold these items up, on both sides. That’s nothing Kyle’s interested in.”