Labour minister accused of mocking suicide for miming shooting himself

Labour’s Clive Lewis caused outrage on Tuesday afternoon after he was filmed pretending to shoot himself in the head during a House of Commons debate.

The shadow treasury minister was then seen laughing at his own joke after he reacted to a Conservative MP interrupting his colleague Anneliese Dodds as she made a speech during a debate on the Finance Bill.

Footage shows him pointing his fingers into his mouth in a fake-gun motion and rocking back and forth on the front bench of the chamber whilst laughing.

The controversial act caused an instant furore on social media where Lewis was slammed for ‘mocking suicide’ with the impression. 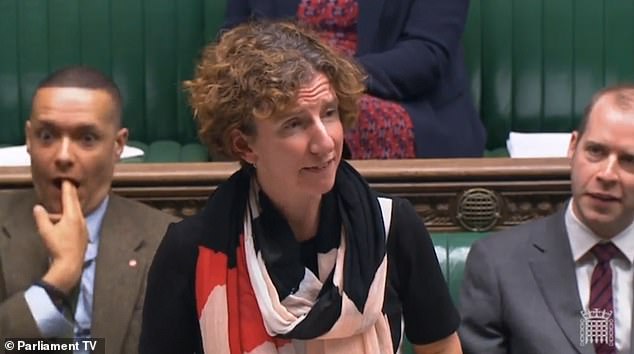 One commenter said: ‘6,213 people died of suicide in the UK last year. It’s no laughing matter & this behaviour is ill-befitting of any MP, never mind a frontbencher. Clive Lewis should be ashamed of himself.’

While another added: ‘Sickening. Corbynite Labour MP mocks suicide in the Commons. Kinder, gentler politics and all that…’

But journalist Julia Hartley-Brewer leapt to the defence of the embattled MP, calling claims he was mocking suicide ‘nonsense’.

‘Right, Clive Lewis is NOT ‘mocking suicide’, he is making a figurative joke about wanting to kill himself rather than listen to any more nonsense,’ Hartley-Brewer tweeted.

‘This is not mocking anyone, it’s a joke. Everyone, calm down. Can we please stop pretending to be offended by *everything*?’

Lewis previously made headlines last year when he said to a colleague at a Momentum conference ‘Get on your knees, b****’. 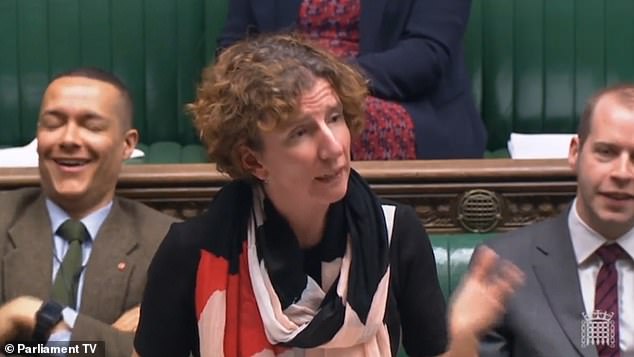 In footage taken at a Momentum-organised event, anc circulated widely online, Lewis is heard to say: ‘Get on your knees, b****’ to a male member of the audience while on stage.

Norwich South MP Mr Lewis later said: ‘I apologise unreservedly for the language I used at an event in Brighton last month. It was offensive and unacceptable.’

A Momentum source said Mr Lewis made the comments to a male participant on stage who was kneeling down to take the score during a game show segment at an event, not to a female audience member.

Mr Lewis, who in the past has been spoken of as a future Labour leader, quit the frontbench last year when he rebelled against Mr Corbyn and voted against triggering Brexit negotiations. 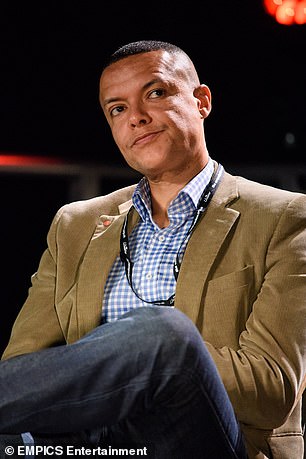 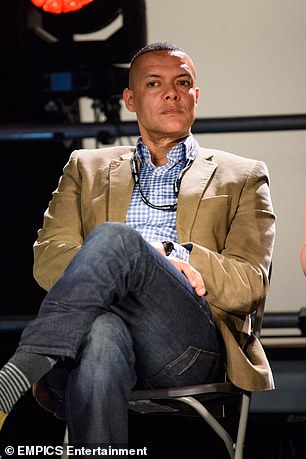 Lewis previously made headlines last year when he said to a colleague at a Momentum conference ‘Get on your knees, b****’.

In January this year, the Shadow Treasury Minister admitted being biased when he was working for the BBC as a journalist.

He said: ‘I was able to use bias in my reports by giving less time to one than the other.

‘I reported on both but the angle and words and the language I used — I know the pictures I used — I was able to project my own particular political positions on things in a very subtle way,’ the Sun reported.

Speaking at a Momentum rally in September of last year, his comments were unearthed in a recording.

Lewis was forced to apologise in October last year for telling an activist to ‘get on your knees b****’ at an event during Labour conference.

The backbencher admitted his language had been ‘offensive and unacceptable’ after facing a wave of condemnation from colleagues.

Footage of a Momentum event in Brighton last month showed Mr Lewis, often tipped as a rising star in the party, making the remark to a man on stage as the audience laughed.

In November last year Lewis was accused of squeezing a woman’s bottom while giving her a hug at an event at the Labour annual conference in Brighton in September 2017.

Lewis was later cleared of groping the woman, after the Labour’s sexual harassment panel found insufficient evidence to proceed with a case against him.

The Norwich South MP denied the allegation, and said he was ‘very pleased to be able to put this behind me and move on’.