Sprawling Lake Como mansion that was once Winston Churchill’s choice holiday destination and has its own network of catacombs leading to private marina goes under the hammer for £17.4million

This stunning Italian lakeside home – which was once one Winston Churchill’s favourite holiday haunts – is now on the market for £17.4million.

The Lake Como property was previously a destination of choice for French military leader Napoleon Bonaparte and now boasts neighbours including George Clooney.

As well as a nine-bedroom house, the site comes with a six-bedroom villa and beautiful gardens with 11 water fountains.

Beneath the main property are 11,000 square feet of catacombs and tunnels that provide a secret route to the nearby private marina as well as Lake Como.

Built on land owned by Pope Innocent XI, the mansion is flanked by a swimming pool and the development also features a 200-year-old greenhouse.

Villa Passalacqua is currently owned by banker James Cantrell but will go under the hammer with Concierge Auctions on October 30.

The firm’s European adviser, Charlie Smith, said the lot presents a ‘once-in-a-lifetime opportunity to purchase a piece of history’.

Count Andrea-Luccini Passalacqua commisioned the stately manor, which was built by Swiss architect Delice Soave and designer Giocondo Albertolli in the early 1800s. 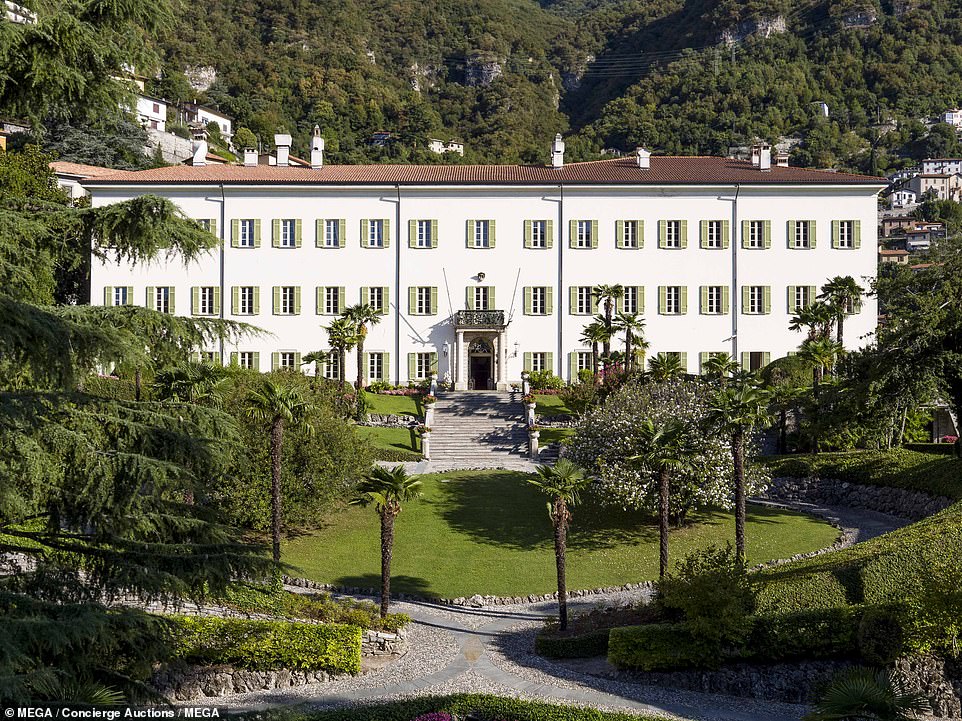 The main building boasts nine bedrooms and is built on top of a network of catacombs and tunnels which provide a secret route to the private marina as well as Lake Como. The site was once a favourite of Winston Churchill as well as French leader Napoleon Bonaparte 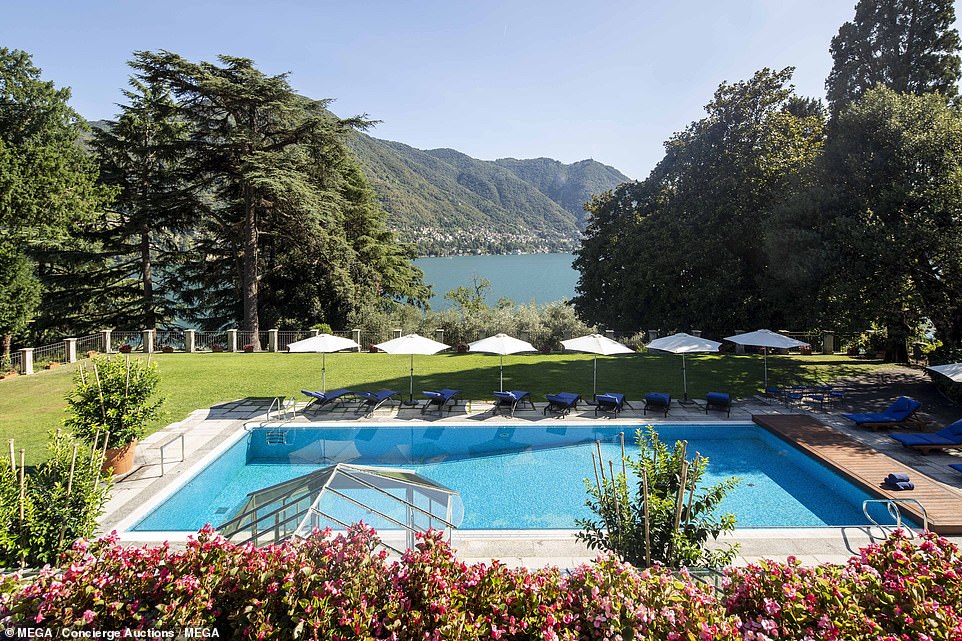 As well as a swimming pool, the development boasts 11 working water fountains and its very own six-bedroom villa to complement the main building 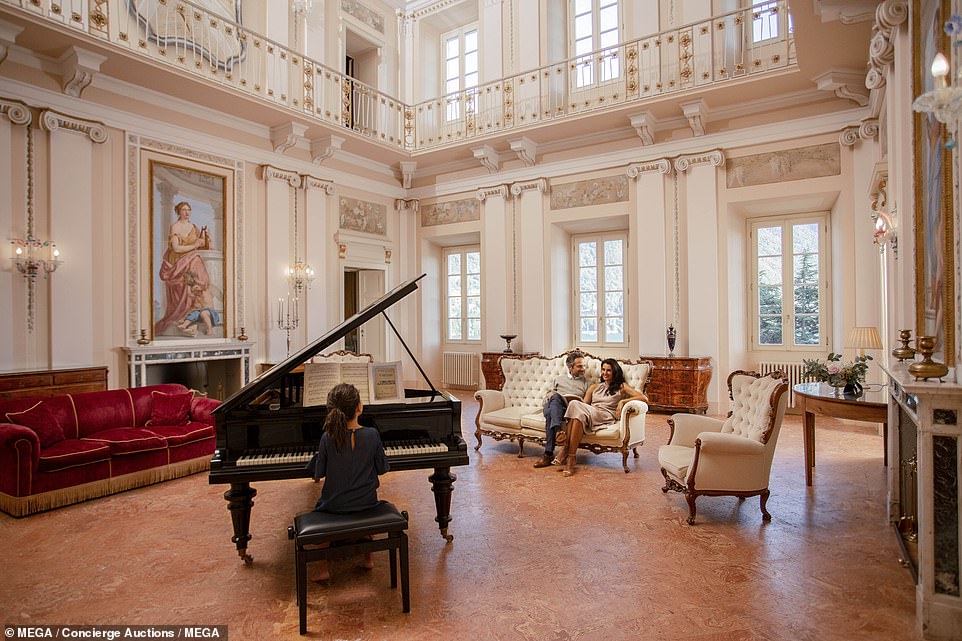 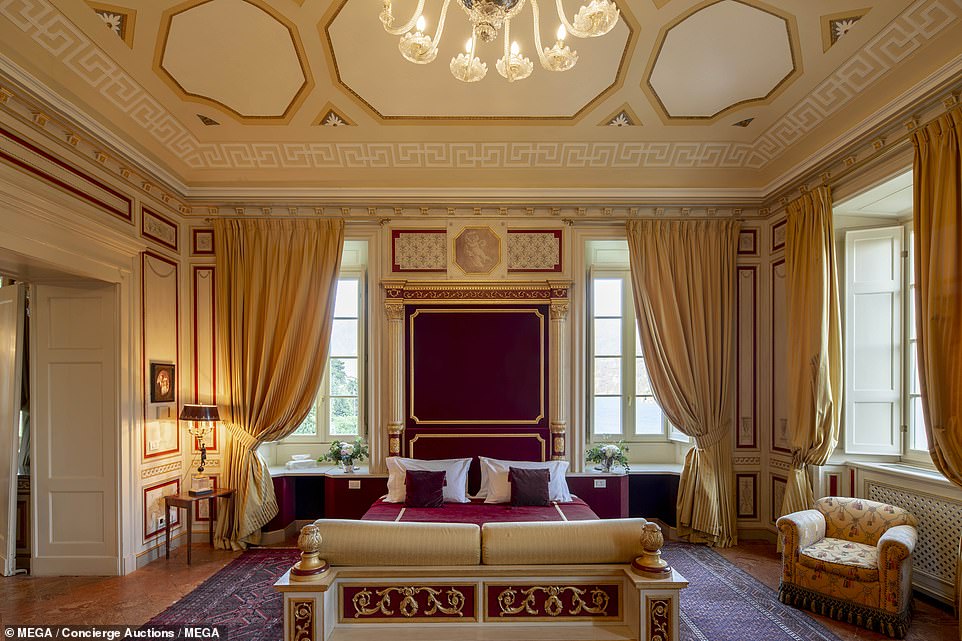 This is just one of the nine bedrooms contained in the main building, which is a mansion that has served as a place of relaxation for historic world leaders 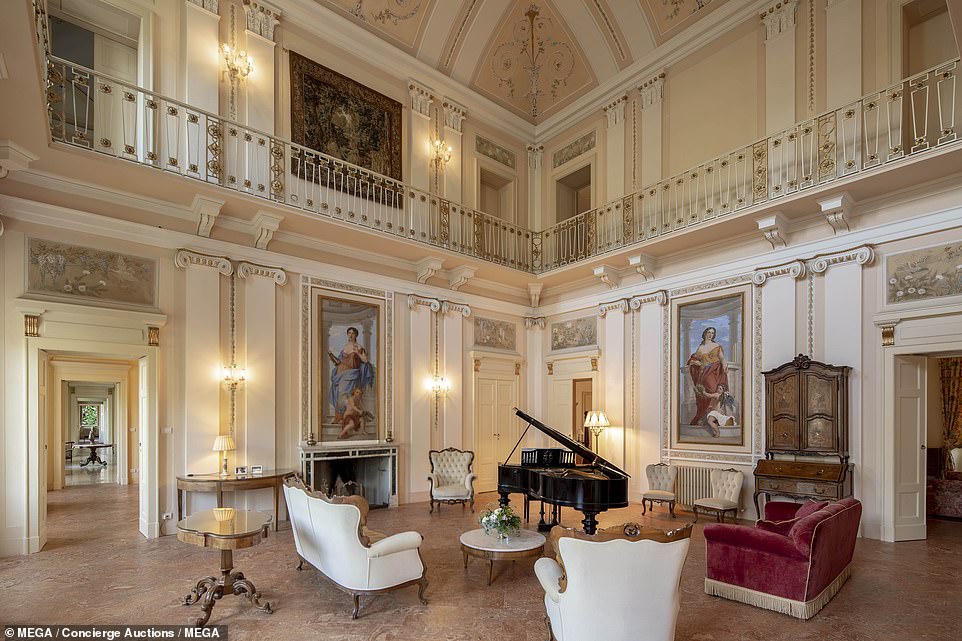 Devotional art hangs aside classical interior design as the property and surrounding grounds go under the hammer with a reserve of £17.4million 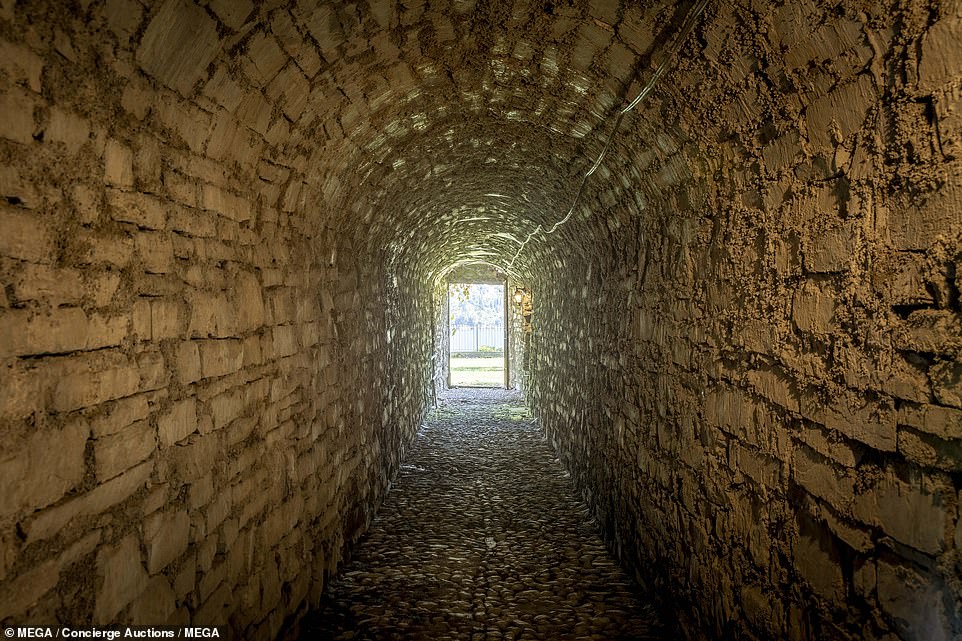 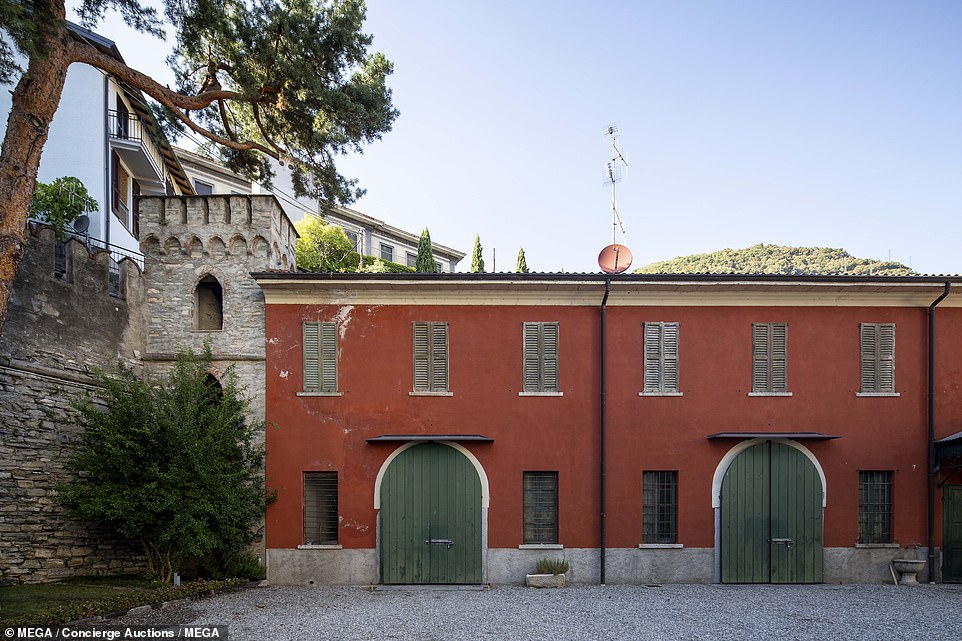 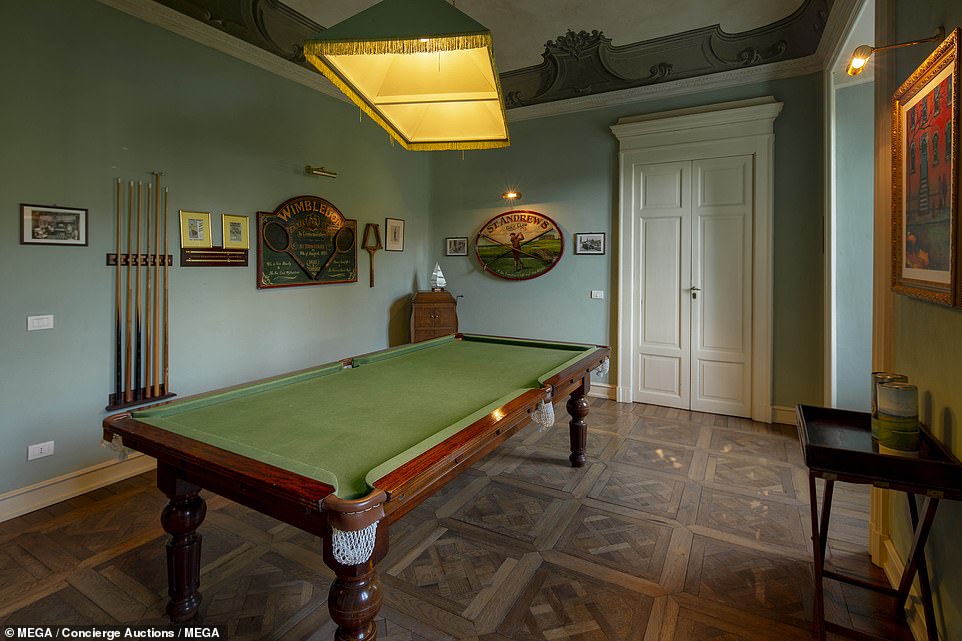 This games room provides the perfect place for entertaining guests once they’re done with Lake Como, the private marina and swimming pool 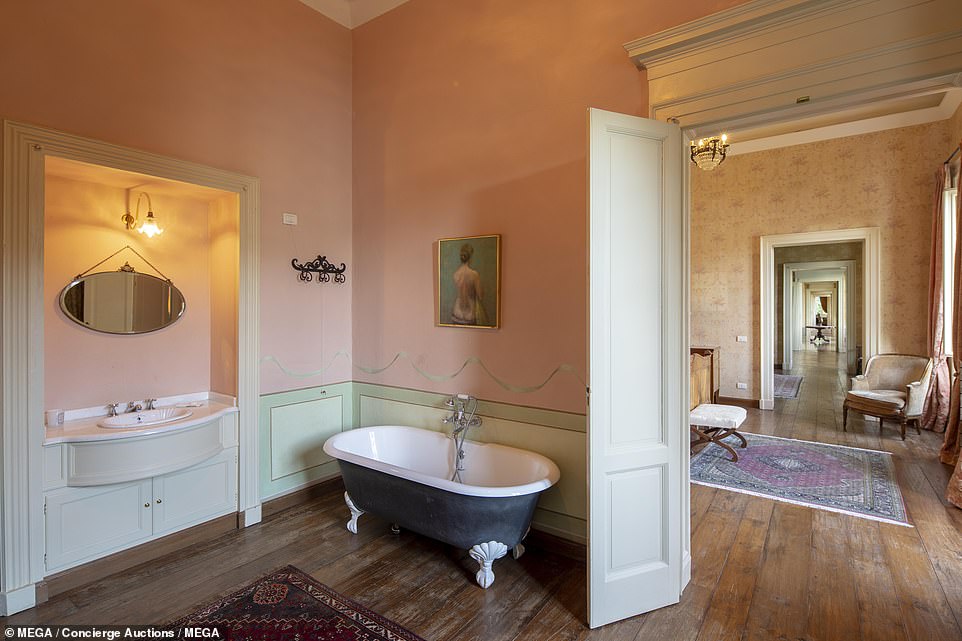 Vintage fittings are visible throughout the property, which was built in the early 1800s by Swiss architect Felice Soave and designer Giocondo Albertolli 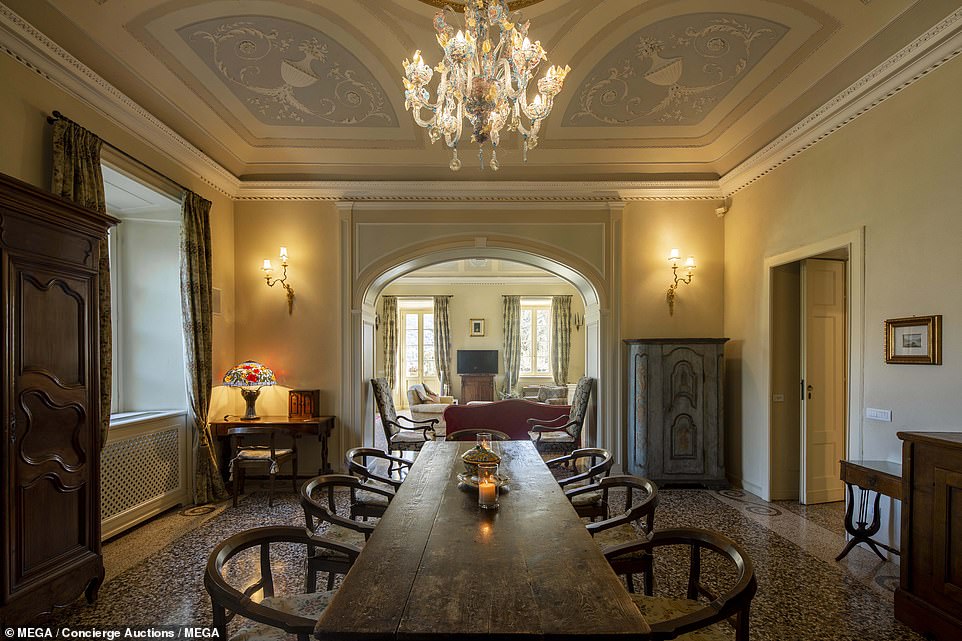 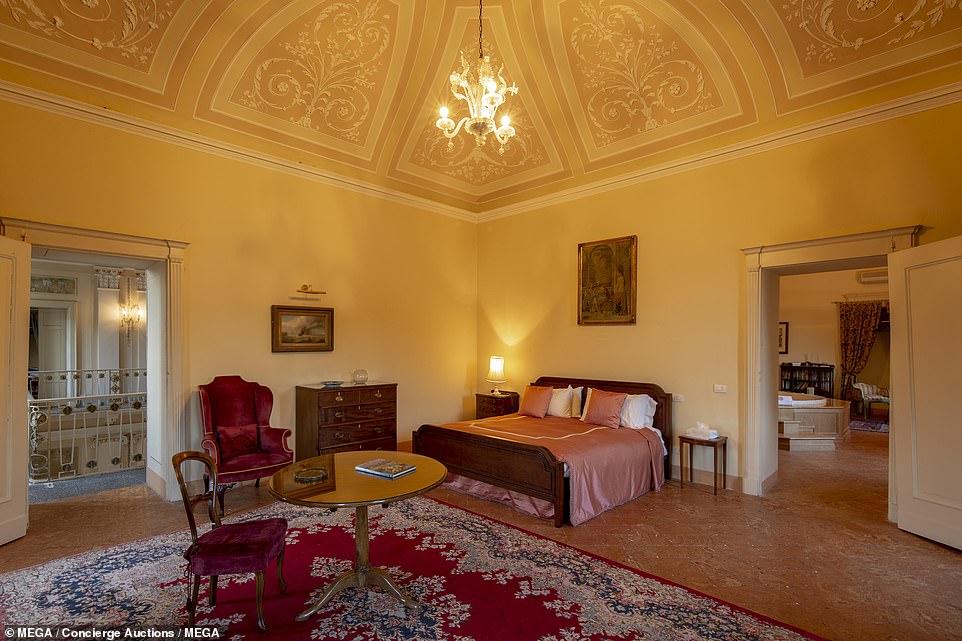 Just one of the nine bedrooms in the main property, which is currently owned by banker James Cantrell and has a history of being used for corporate events 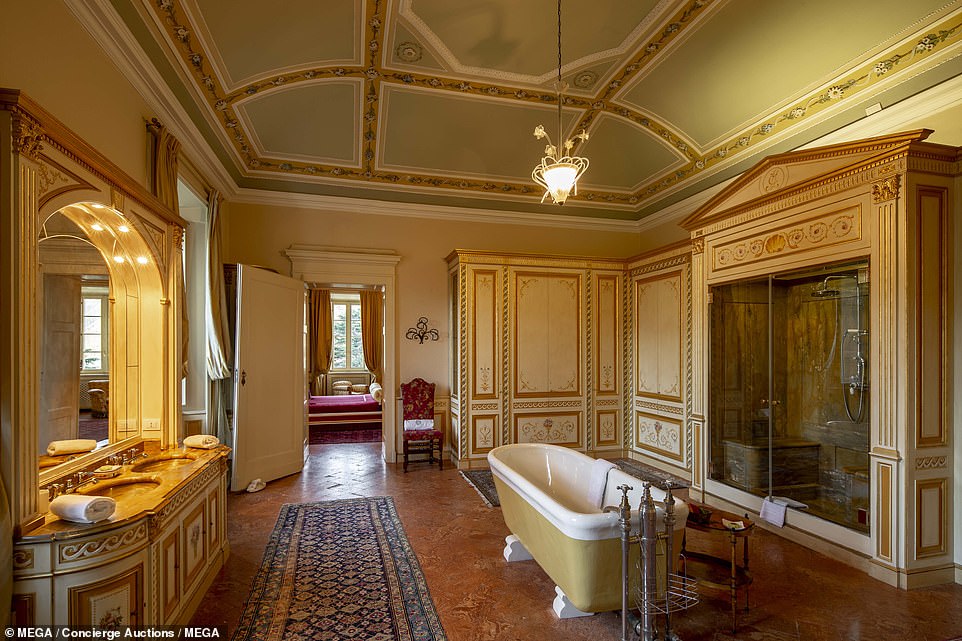 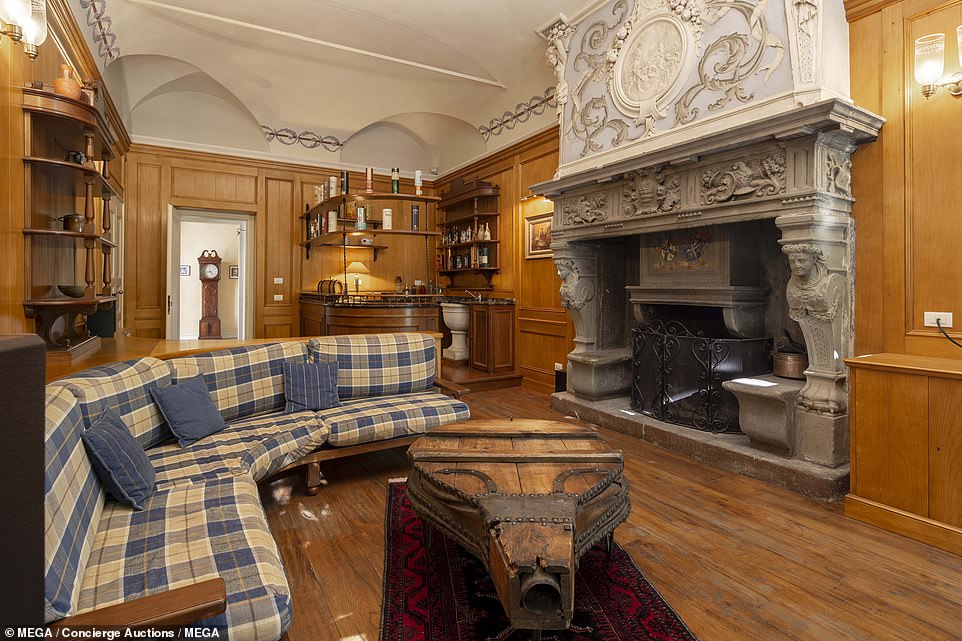 A grand fireplace overlooks one of the relaxation rooms in the house – which comes complete with its own bar (pictured, at the rear) 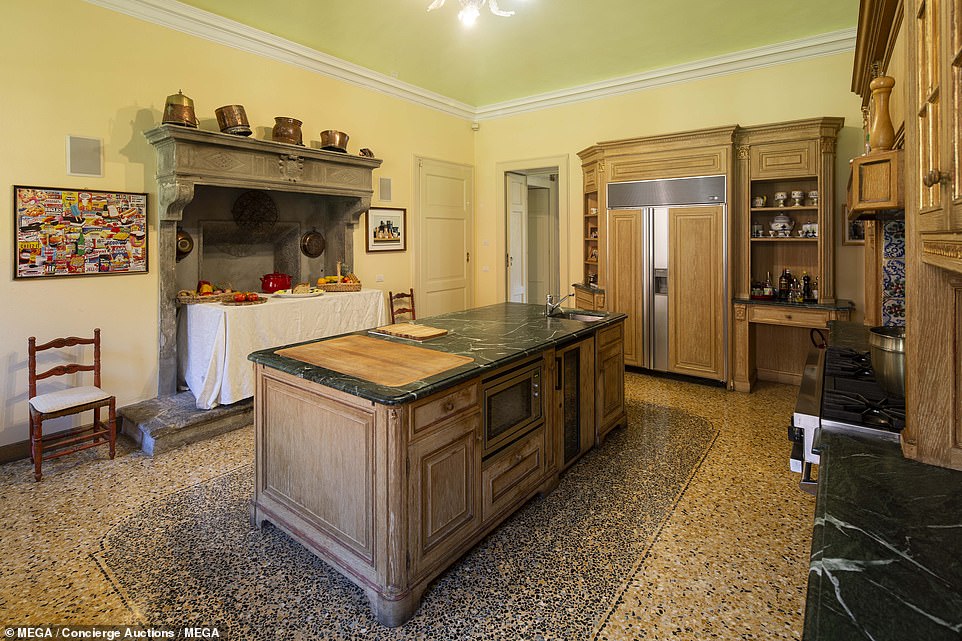 A rustic kitchen area creates a more homely feel in certain quarters of the estate, whose overall ostentation was crafted by designer Giocondo Albertolli 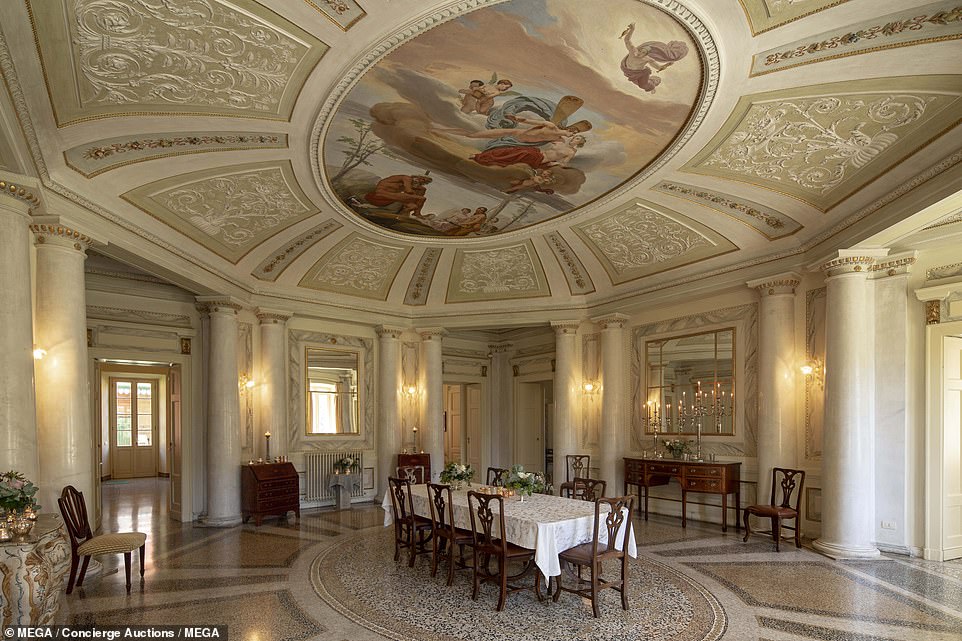 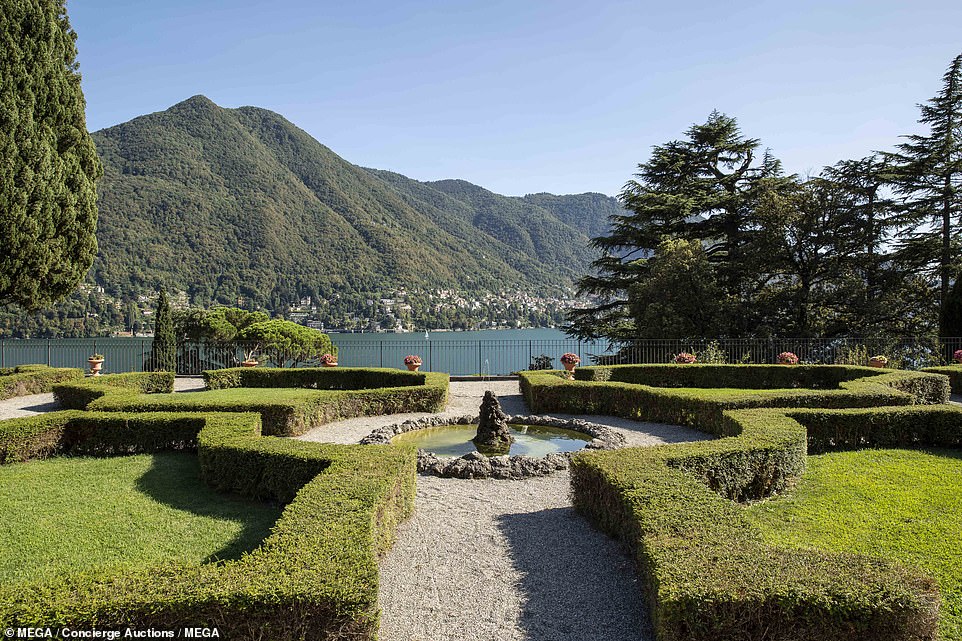 This is just one of the 11 working water fountains that sit in the manicured gardens, providing ideal spaces in which to unwinf under the sun 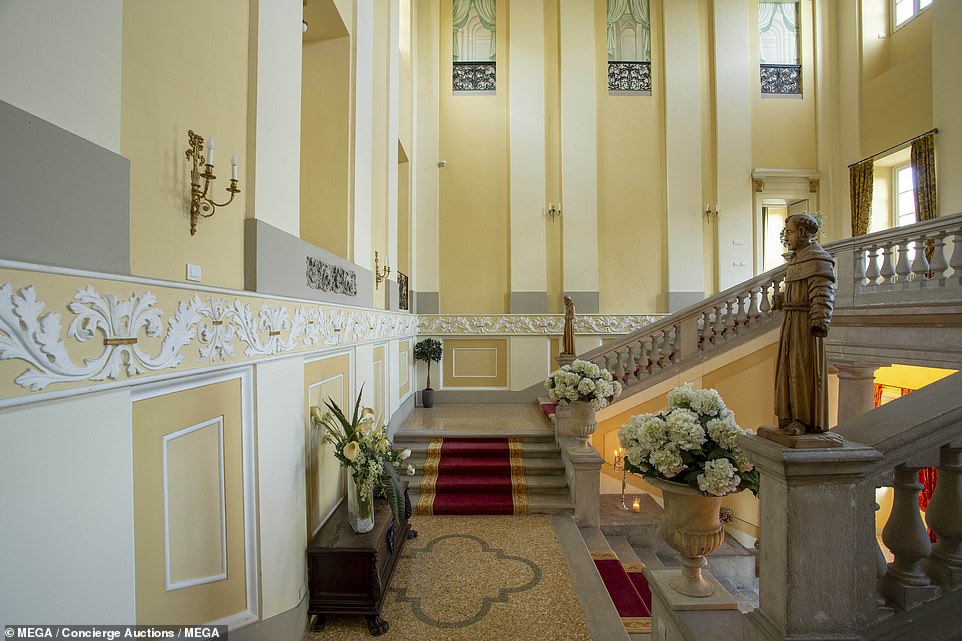 A religious statue overlooks the stairwell, a fitting piece of decor that pays homage to the fact that the property was built on the Pope’s own land 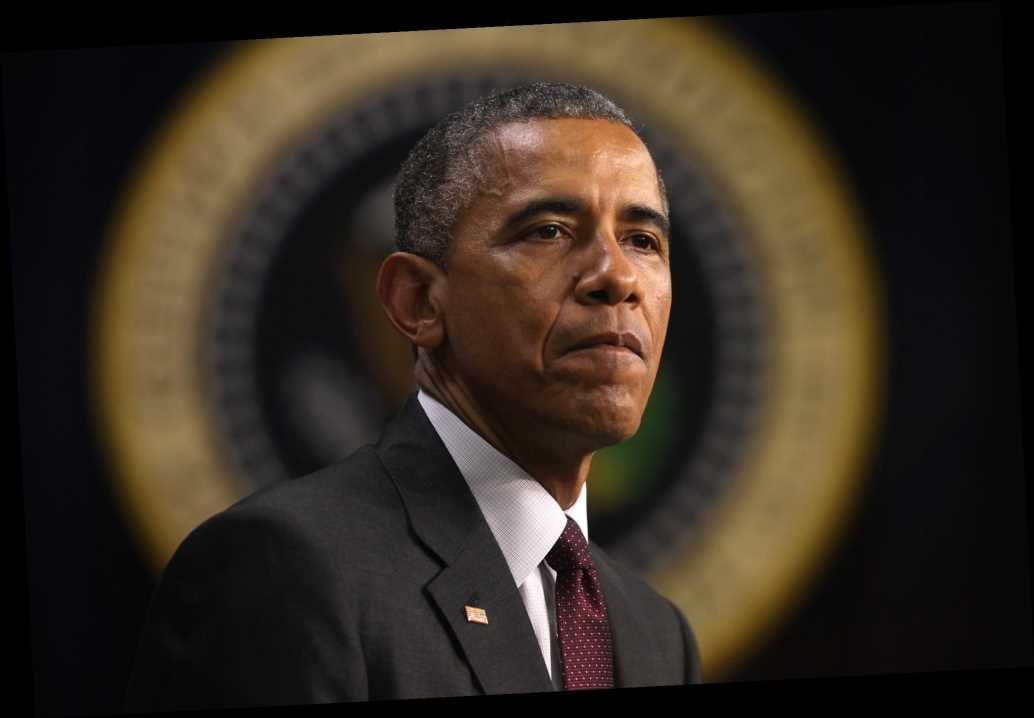 Obama says ‘white resentment’ made reparations a ‘non-starter’ during presidency 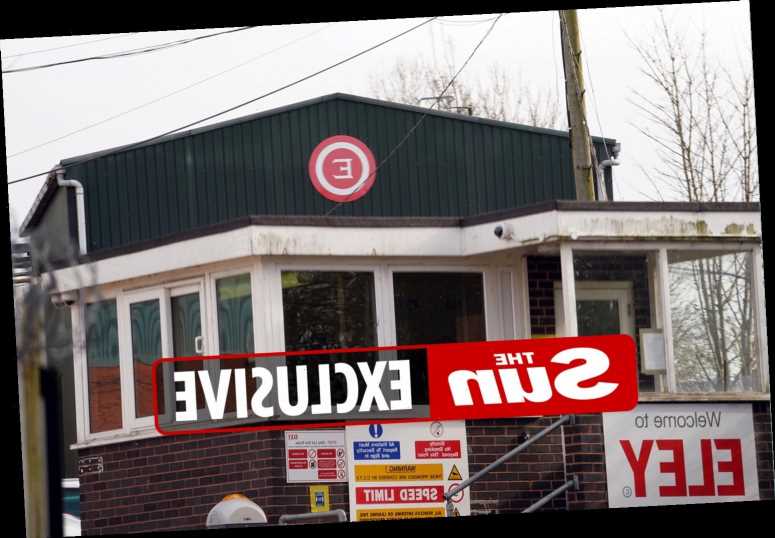 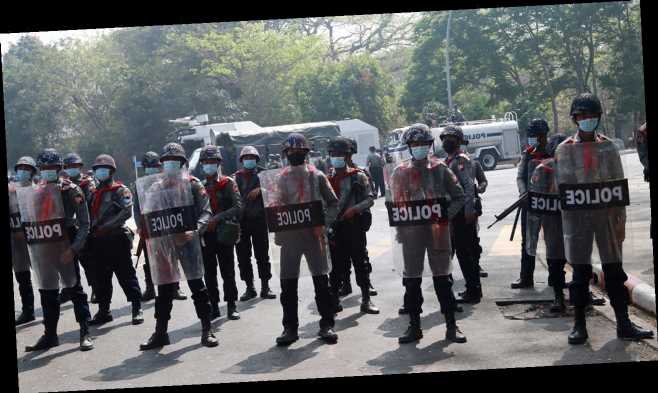 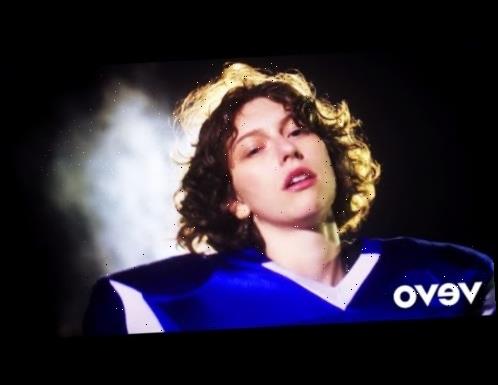 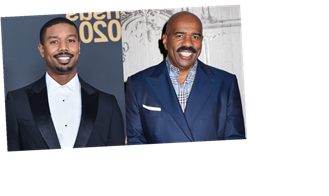 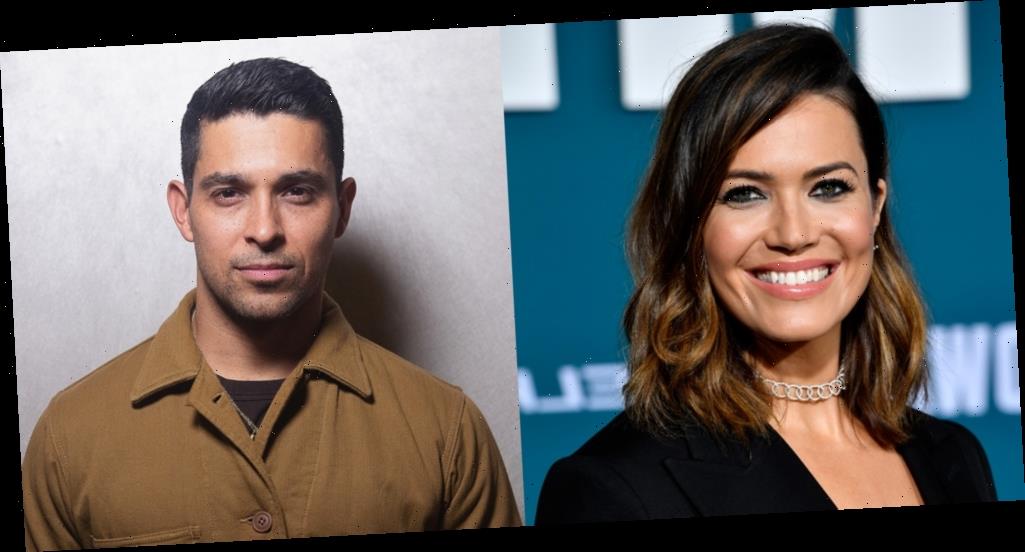