Thousands of people are evacuated from LA’s iconic Griffith Observatory, and wedding ceremony is cut short as wildfires rip through California and the West Coast amid the scorching summer heat

More than two thousand people were evacuated from LA’s famous Griffith Observatory and its surrounding park on Tuesday as wildfires continue to rage through California and along the West Coast.

Firefighters and water-dropping helicopters battled through the afternoon after the blaze destroyed two dozen acres of dry brush around Griffith Park, near the Hollywood Hills, sending a giant plume of smoke billowing into the sky.

The blaze damaged several cars but officials say no one was hurt and crews were able to stop the flames before they damaged the iconic observatory building which has attracted more than 80 million visitors since it opened its doors in 1935. 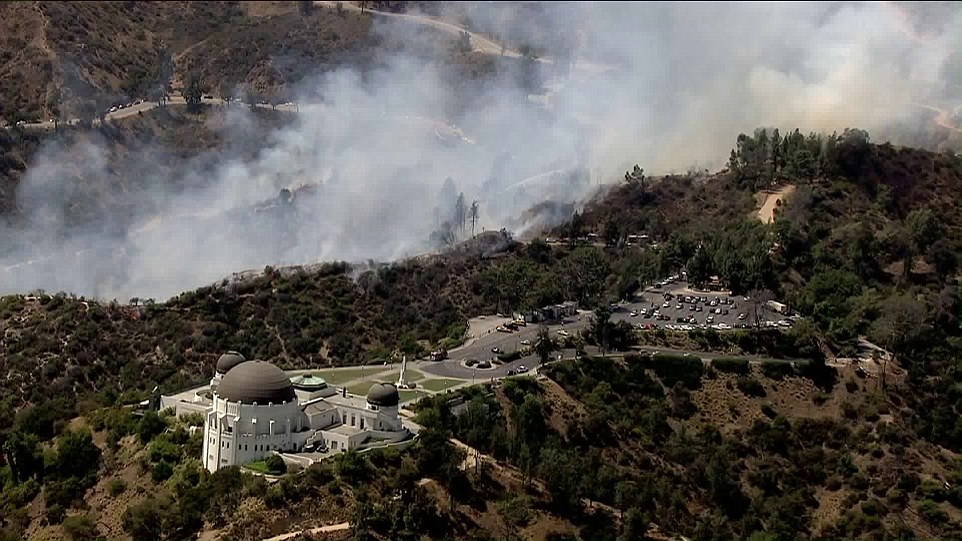 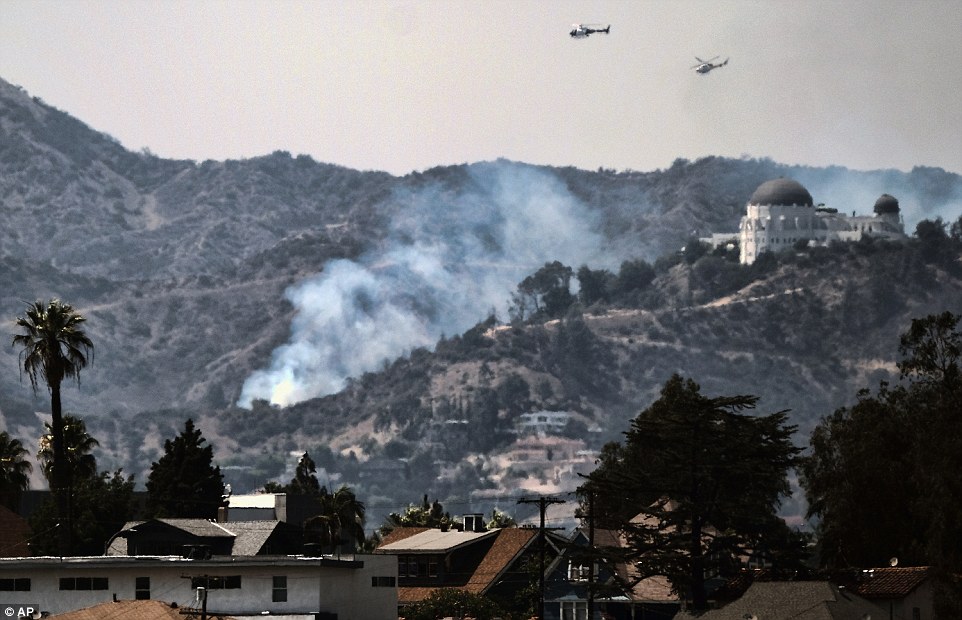 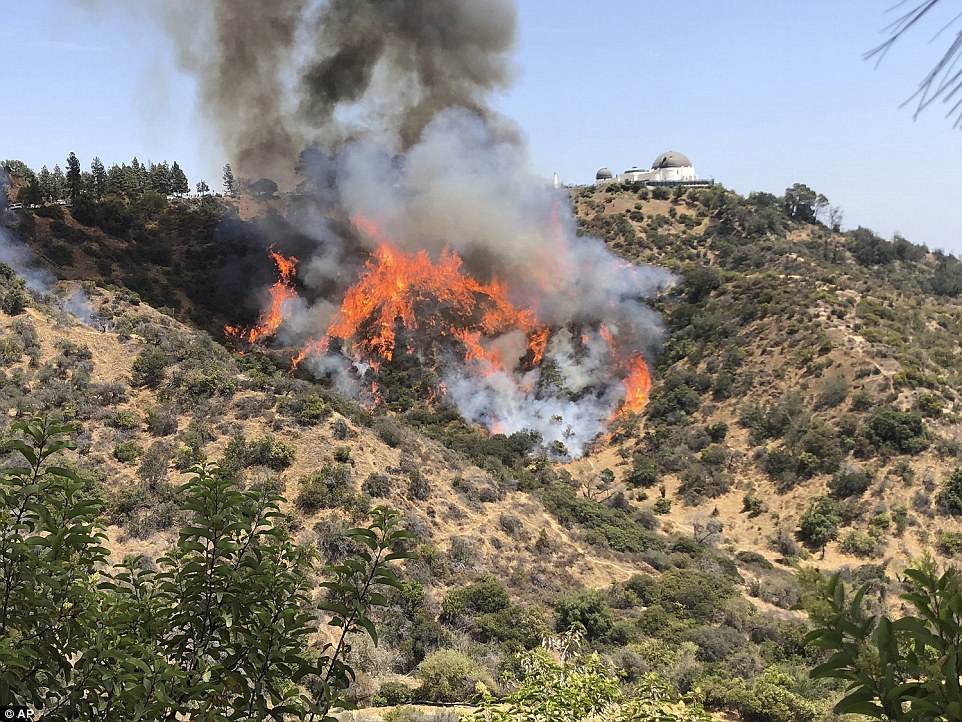 A wildfire burns on the hills surrounding the famous Griffith Observatory in Los Angeles Tuesday, July 10 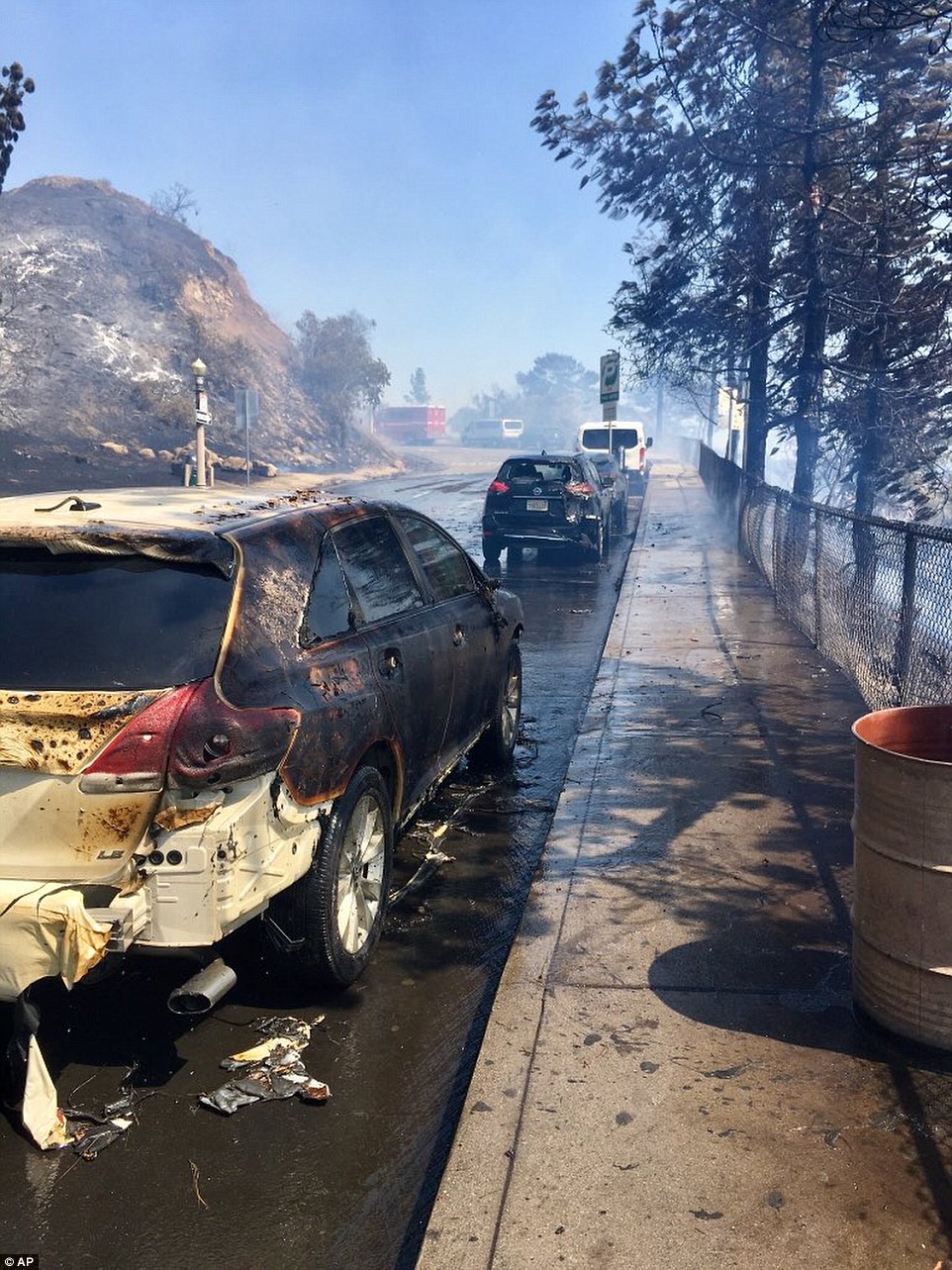 Scorching heat, high winds and low humidity fanned dozens of fires this summer in a particularly intense fire season across the West. This year has already seen more than 3.3 million acres wiped out by this year, compared to an annual average of about 2.6 million acres, according to the National Interagency Fire Center.

One person has been killed and three firefighters injured in a wildfire that erupted on the California-Oregon border on Thursday, which also torched 36,500 acres and destroyed 82 homes. Shifting wind patterns remained a concern, but that fire was not expected to grow significantly overnight, a spokesman for Cal Fire said.

But that didn’t stop one couple from saying their marriage vows, as the landscape went up in flames around them.

Ellie and Taylor Denney were in Hornbrook to tie the knot Saturday and were getting increasingly nervous – they’d  seen the Klamathon Fire on the horizon burning for two days.