LONDON/STRASBOURG (Reuters) – Prime Minister Theresa May won legally binding Brexit assurances from the European Union on Monday in a last ditch attempt to sway rebellious British lawmakers who have threatened to vote down her divorce deal again.

Scrambling to plot an orderly path out of the Brexit maze just days before the United Kingdom is due to leave on March 29, May rushed to Strasbourg to agree additional assurances with European Commission President Jean-Claude Juncker.

Brexiteers in May’s party have accused her of surrendering to the EU and it was not clear if the assurances she agreed would be enough to win over the 116 additional lawmakers she needs reverse the crushing defeat her deal suffered on Jan. 15.

“Today we have secured legal changes,” May said in a late night news conference in Strasbourg beside Juncker, exactly 17 days before the United Kingdom is due to leave the EU.

“Now is the time to come together to back this improved Brexit deal and to deliver on the instruction of the British people,” May said.

May announced three documents – a joint instrument, a joint statement and a unilateral declaration – which she said were aimed at addressing the most contentious part of the divorce deal she agreed in November – the Irish backstop.

The backstop is an insurance policy aimed at avoiding controls on the sensitive border between the British province of Northern Ireland and EU member Ireland, though some British lawmakers worry it could trap the United Kingdom in the EU’s orbit indefinitely.

On news of the breakthrough, sterling, which has see-sawed on Brexit headlines, jumped 0.8 percent to $1.3250 in Asian trade and rallied to the strongest against the euro since mid-2017.

After two-and-a-half years of haggling with Britain over Brexit, Juncker cautioned that this was the last chance for Britain.

“It is this deal or Brexit might not happen at all,” he said. He said in a letter to EU summit chair Donald Tusk that if Britain didn’t leave by the May 23-26 elections, it would have to elect its own EU lawmakers.

The United Kingdom’s tortuous crisis over EU membership is approaching its finale with an extraordinary array of outcomes still possible, including a delay, a last-minute deal, a no-deal Brexit, a snap election or even another referendum. The country voted to leave the EU in a 2016 plebiscite.

The British parliament on Jan. 15 voted to reject May’s deal by 230 votes, the biggest defeat for a government in modern British history.

May has promised lawmakers a vote on her deal on Tuesday. The motion put forward by the government said that the joint instrument “reduces the risk” that the United Kingdom would be trapped in the backstop.

The immediate reaction was cautious from Brexit-supporting lawmakers in her own party and from the Northern Irish Democratic Unionist Party which props up her minority government. 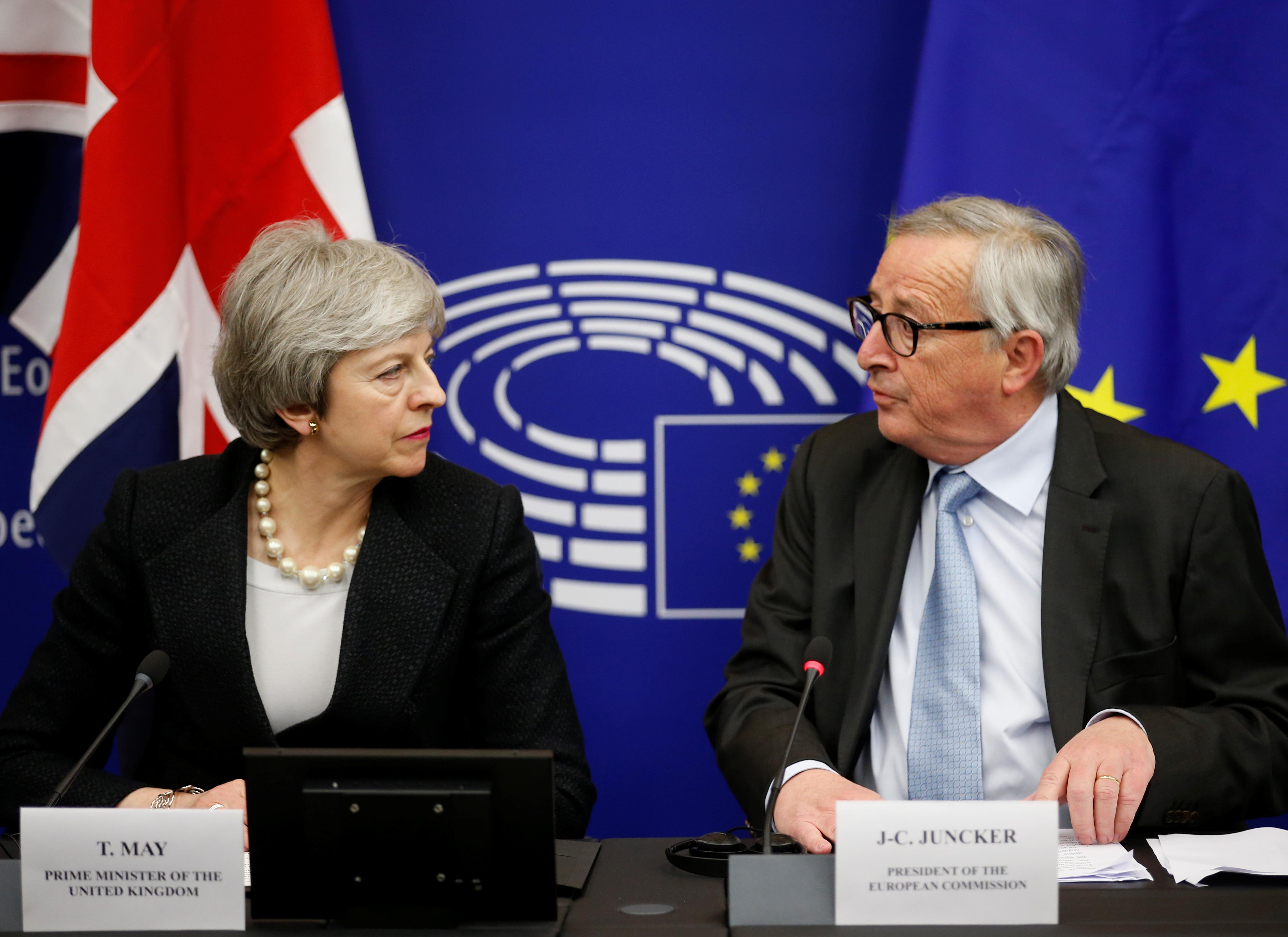 “It’s not for the first time that David has had to put a very good gloss on something which falls short of what was expected.”

Lidington said that Britain and the EU had agreed an instrument to prevent the EU seeking to “trap” Britain in any backstop, work to replace the backstop by December 2020 and confirming pledges Britain has made for a lock on new EU laws applying to Northern Ireland.

He also said that they had agreed a second document, a joint statement to expedite the negotiation of the future relationship.

The DUP said it would study the documents.

May was instructed by lawmakers to replace the backstop with alternative arrangements. The opposition Labour Party said she had fallen far short of her promises to parliament.

If the backstop comes into force and talks on the future relationship break down with no prospect of an agreement, May said the unilateral declaration would make clear there was nothing to stop London from moving to leave the backstop.

The British government’s top lawyer, Attorney General Geoffrey Cox, is due to set out his legal analysis of the assurances ahead of Tuesday’s vote. Many pro-Brexit lawmakers will wait to see that before deciding how to vote.

If she loses the vote, May has said lawmakers will get a vote on Wednesday on whether to leave without a deal and, if they reject that, then a vote on whether to ask for a limited delay to Brexit.

Senior British government ministers have warned rebellious lawmakers that if May’s deal is voted down then there is a chance that Brexit could be thwarted. 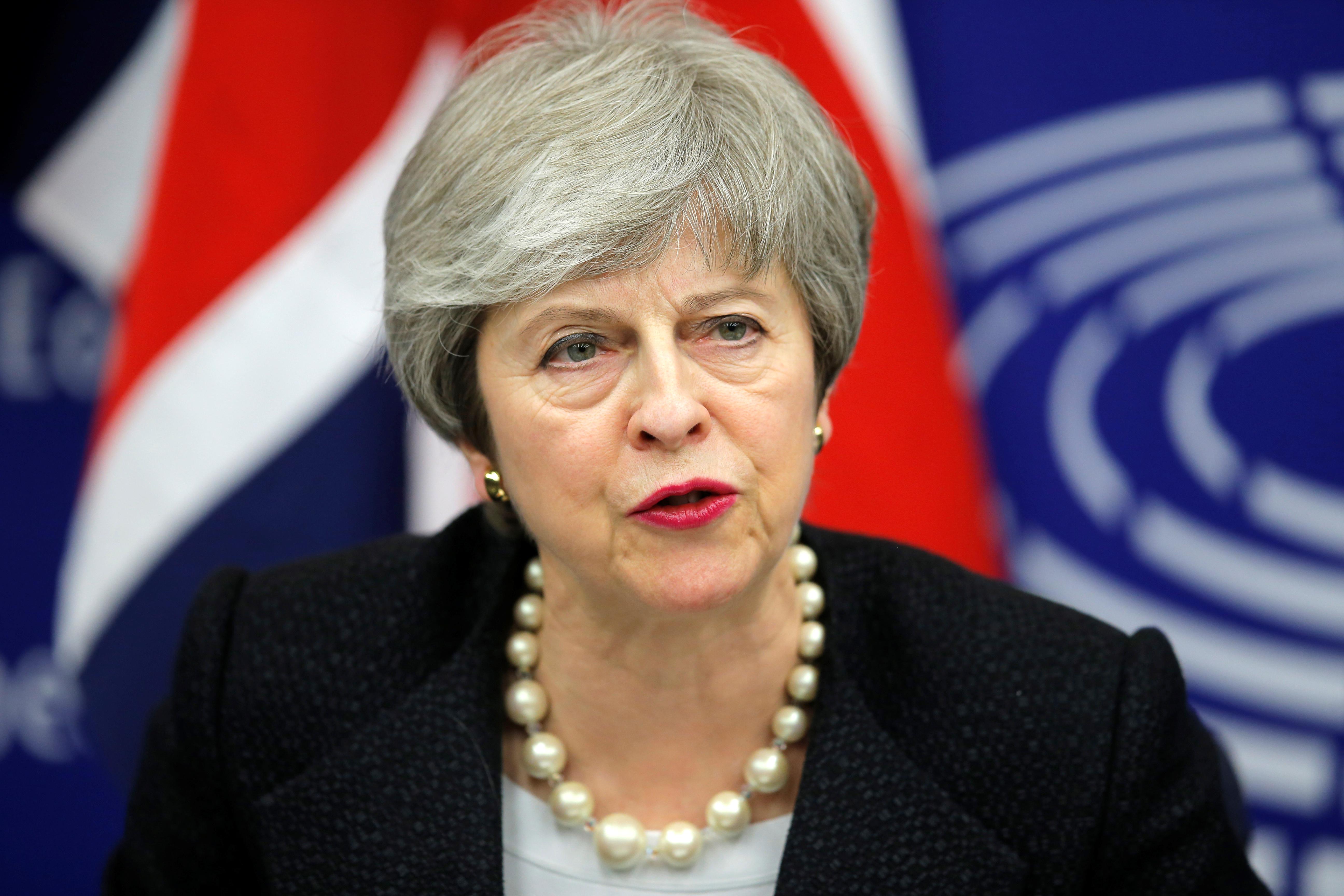 Brexit will pitch the world’s fifth largest economy into the unknown and many fear it will serve to divide the West as it grapples with both the unconventional presidency of Donald Trump and growing assertiveness from Russia and China.

Supporters of Brexit say that while the divorce might bring some short-term instability, in the longer term it will allow the United Kingdom to thrive and also enable deeper EU integration without such a powerful reluctant member.