Captain Birdseye! Lazy seagull ‘sails’ a log along lagoon instead of swimming or flying

This is the hilarious moment a lazy seagull hitched a ride down a Canadian lagoon on a log, even though it could both swim and fly.

In his video, the seagull stands imperiously on top of the long branch as it travels downstream. 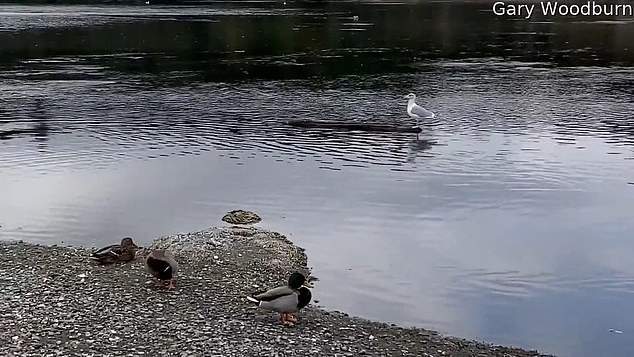 A lazy seagull decided to hitch a ride down the Esquimalt Lagoon in British Columbia on a log, hilarious video footage shows

Mr Woodburn shared his unusual footage on Instagram on October 6, with the caption: ‘Why fly when you can drift?’

The 134-hectare Esquimalt Lagoon Migratory Bird Sanctuary, six miles west of Victoria, is one of the top birding spots in the region.

Its shallow tidal waters support thousands of waterfowl from October until May.

Many gull species are found in the deeper waters of the lagoon, along with canvasbacks and buffleheads.

At least three rare types of gulls were spotted in the lagoon this summer.

The sheltered lake has seen ‘literally thousands and thousands of gulls’ this year, according to Ms Nightingale, despite some areas of Greater Victoria seeing a decline in their numbers. 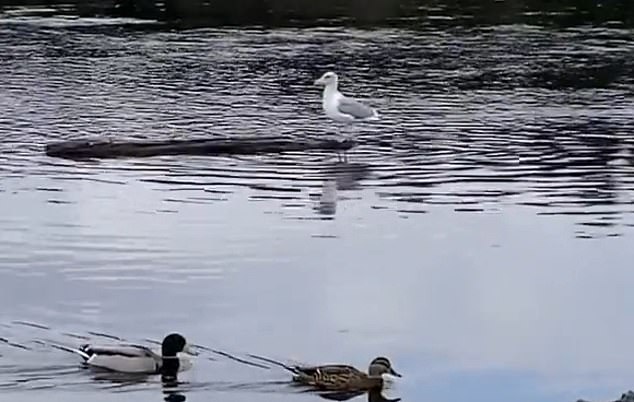