More torrential rain is set to pound parts of western Japan for another day as rescuers desperately search for missing residents. 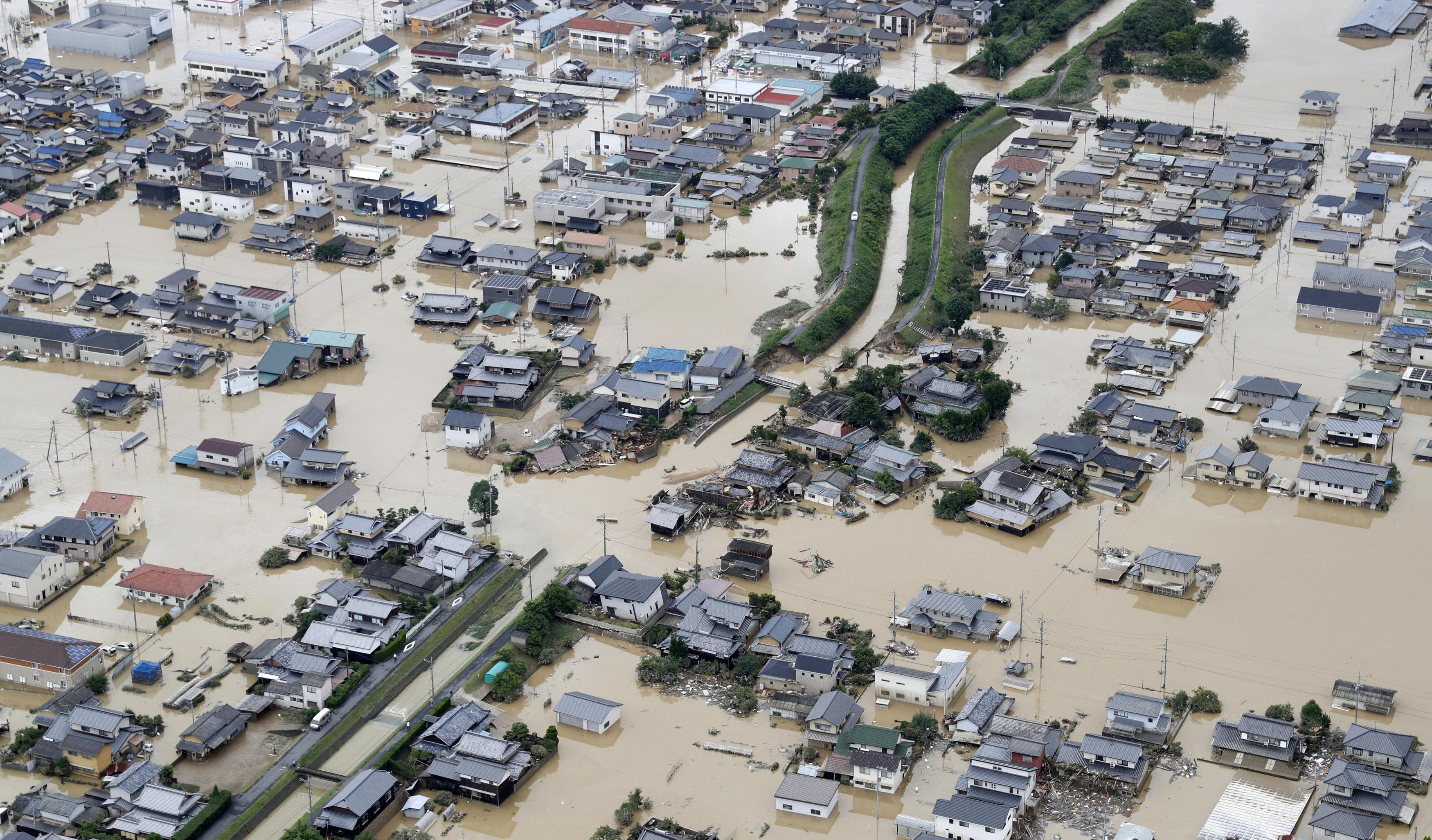 Three times the usual precipitation for a normal July poured onto the Okayama Prefecture, triggering landslides and sending rivers surging over their banks, trapping many people in their houses or on rooftops.

"We've never experienced this kind of rain before," an official at the Japanese Meteorological Agency (JMA) told a news conference. "This is a situation of extreme danger."

At least 81 people were killed and 87 missing, national broadcaster NHK said after the death toll had been put at 49 overnight.

Among the missing was a 9-year-old boy believed trapped in his house by a landslide that killed at least three others, one of them a man in his 80s.

Some 54,000 rescuers from the military, police and fire departments were dispatched across a wide swath of southwestern and western Japan. 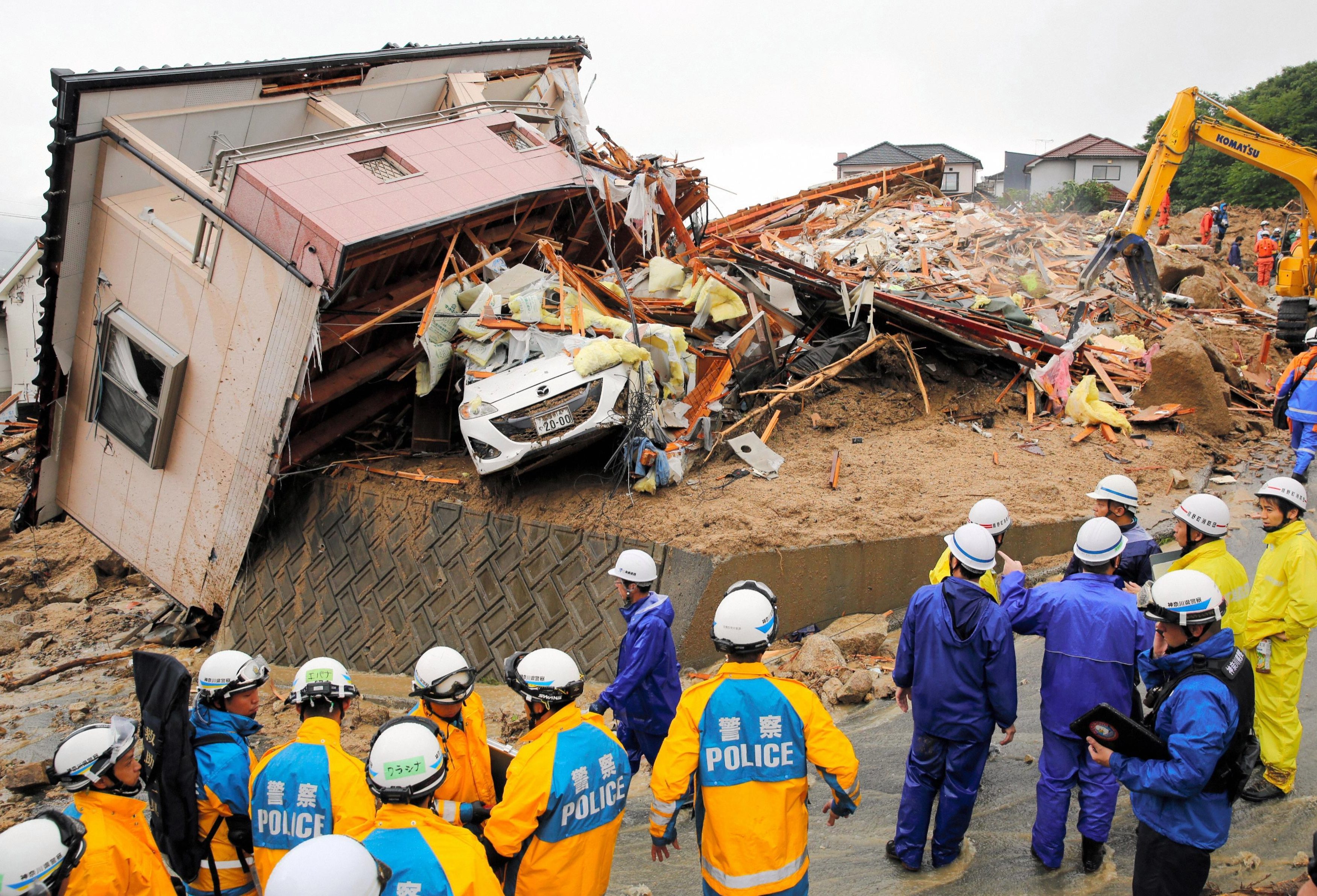 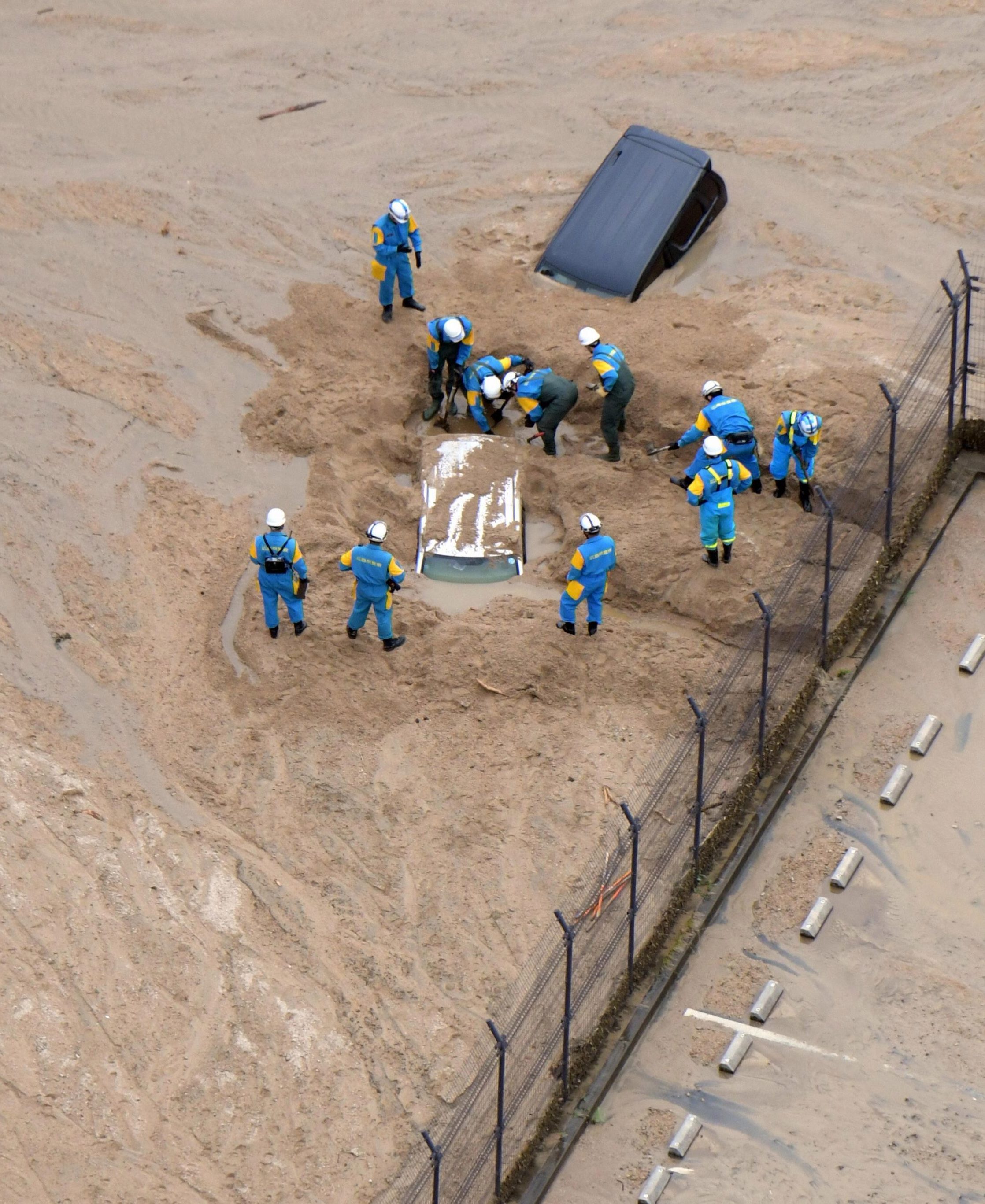 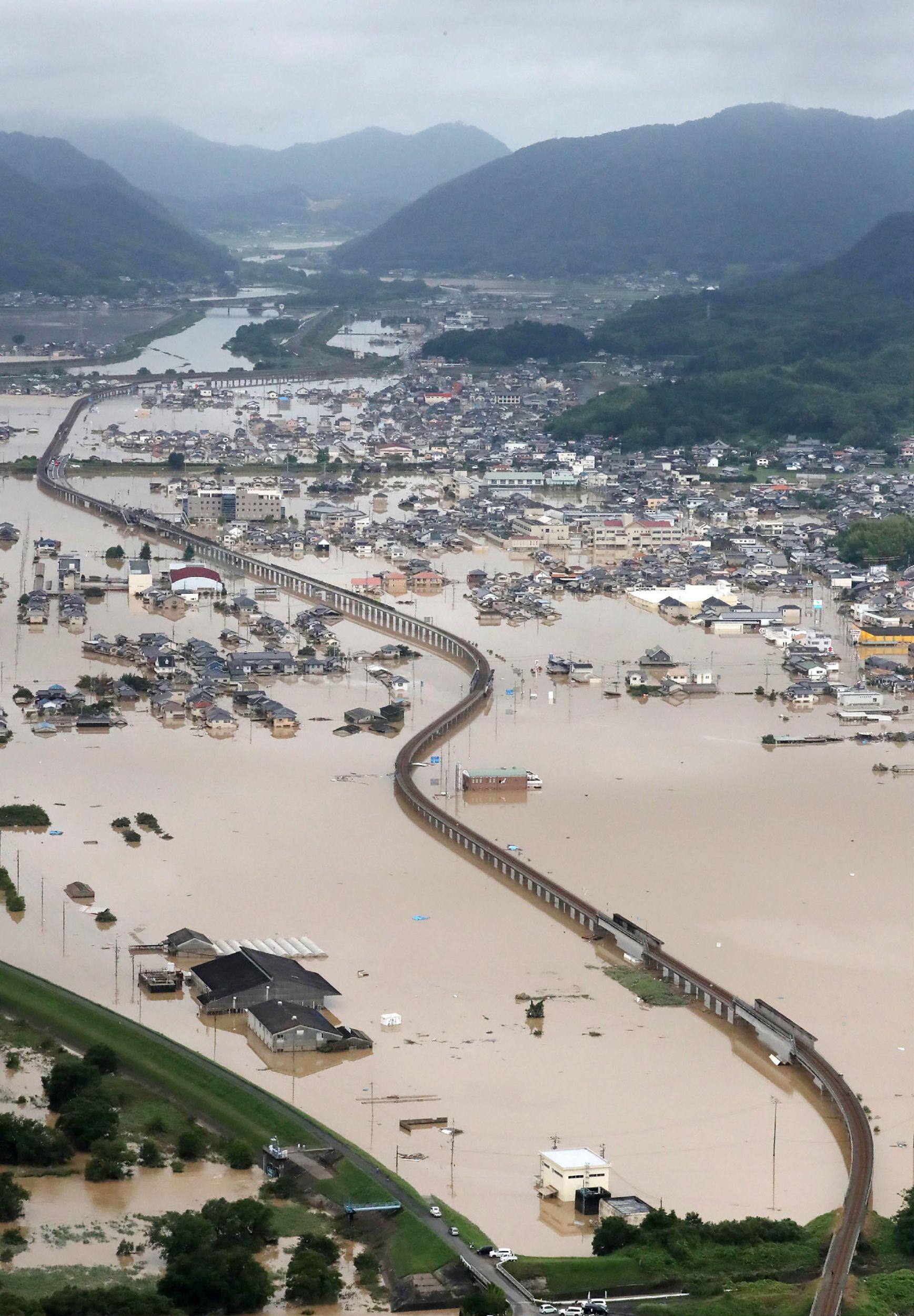 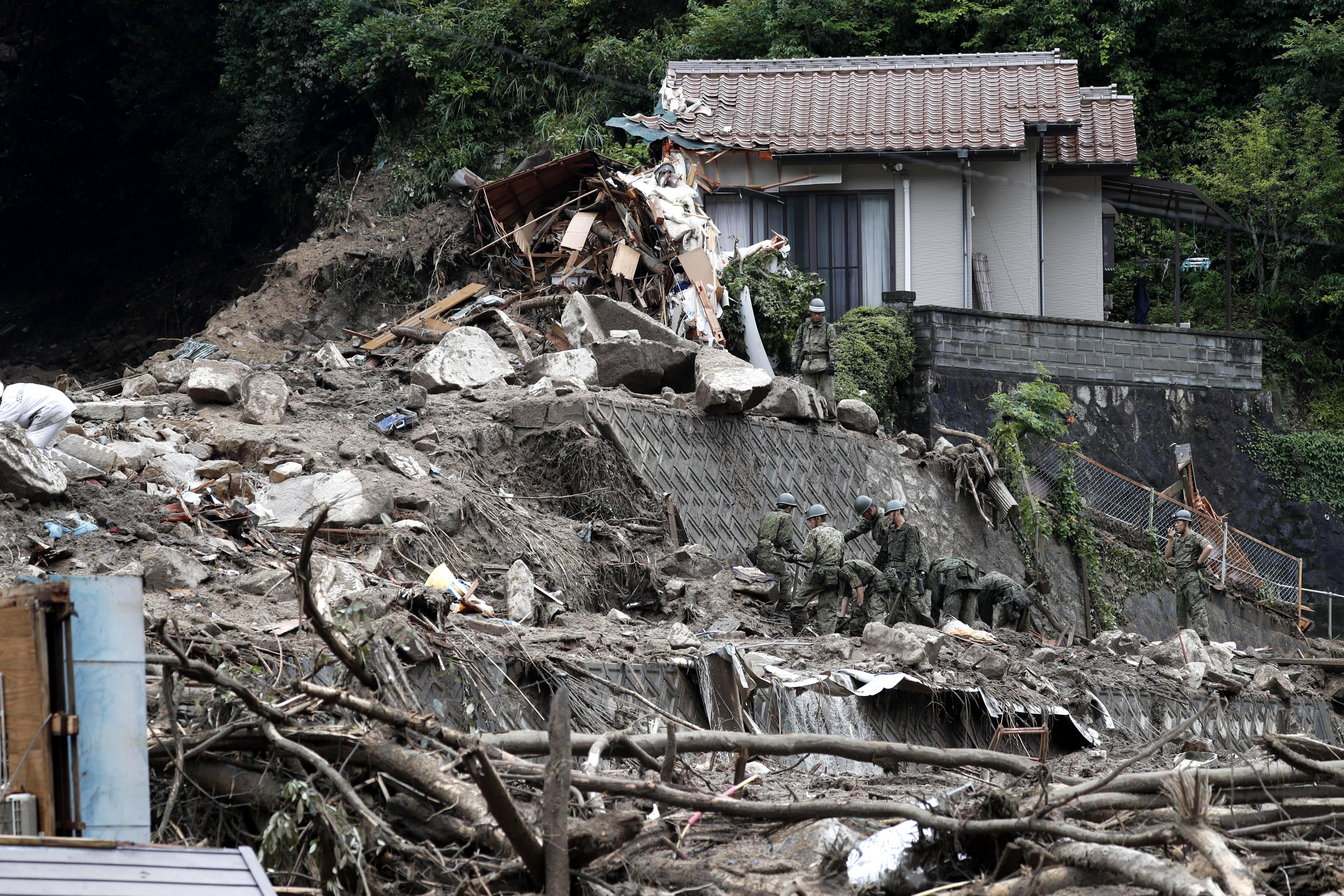 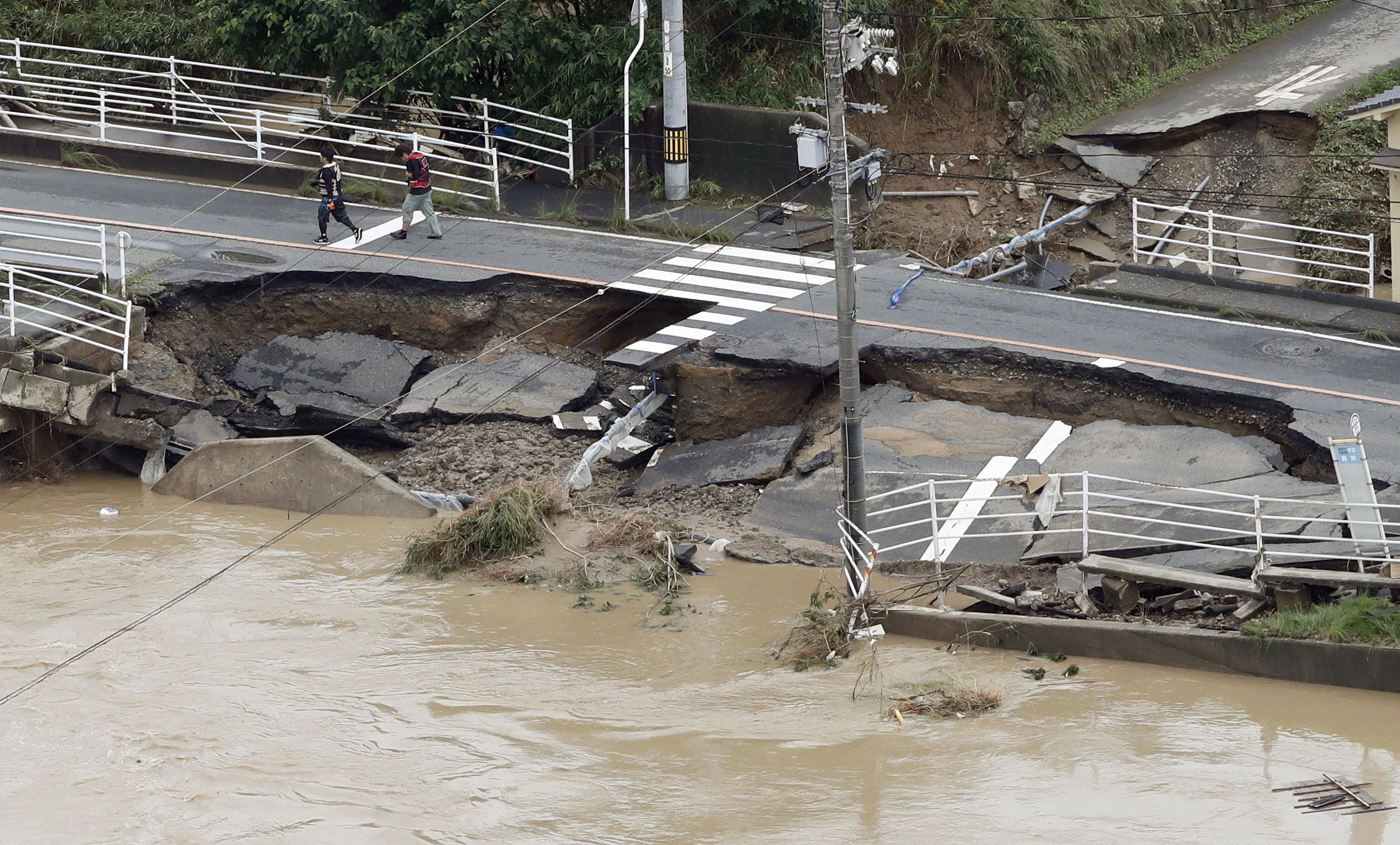 More than 40 helicopters were sent out on rescue missions as reports of missing people and casualties poured in to the Japanese government.

Prime Minister Shinzo Abe said it was a "race against time" to rescue flood victims.

He said: "There are still many people missing and others in need of help, we are working against time." 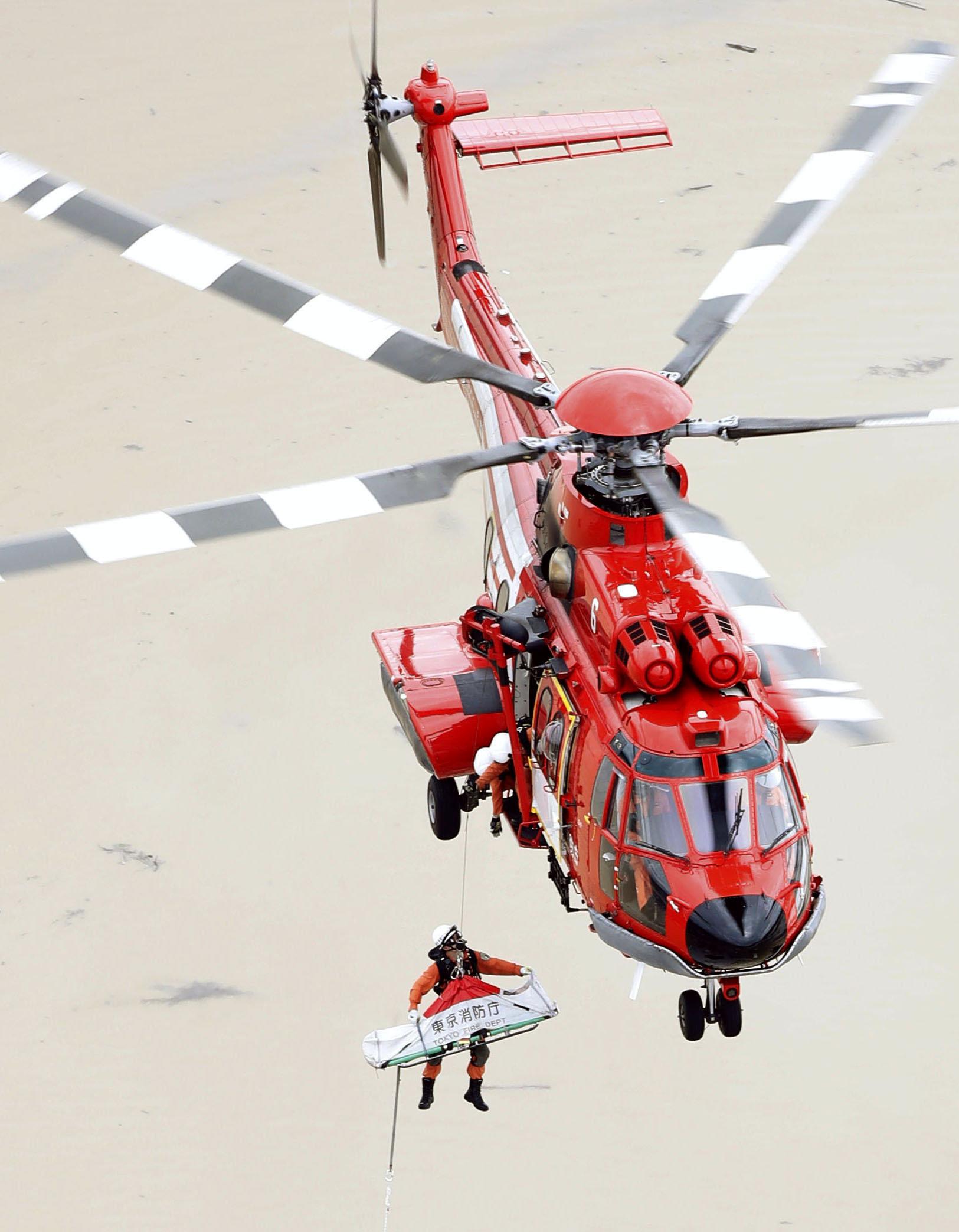 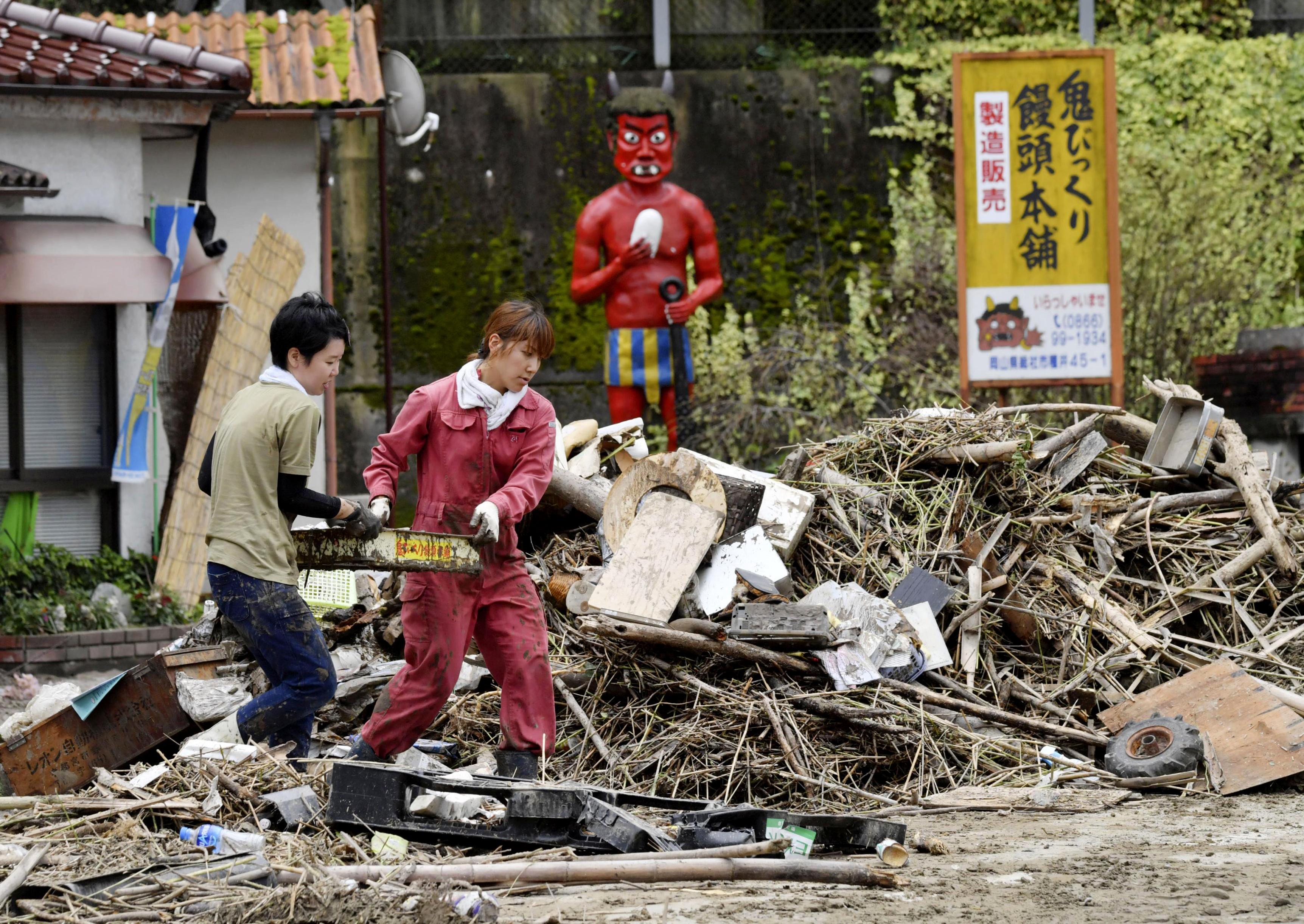 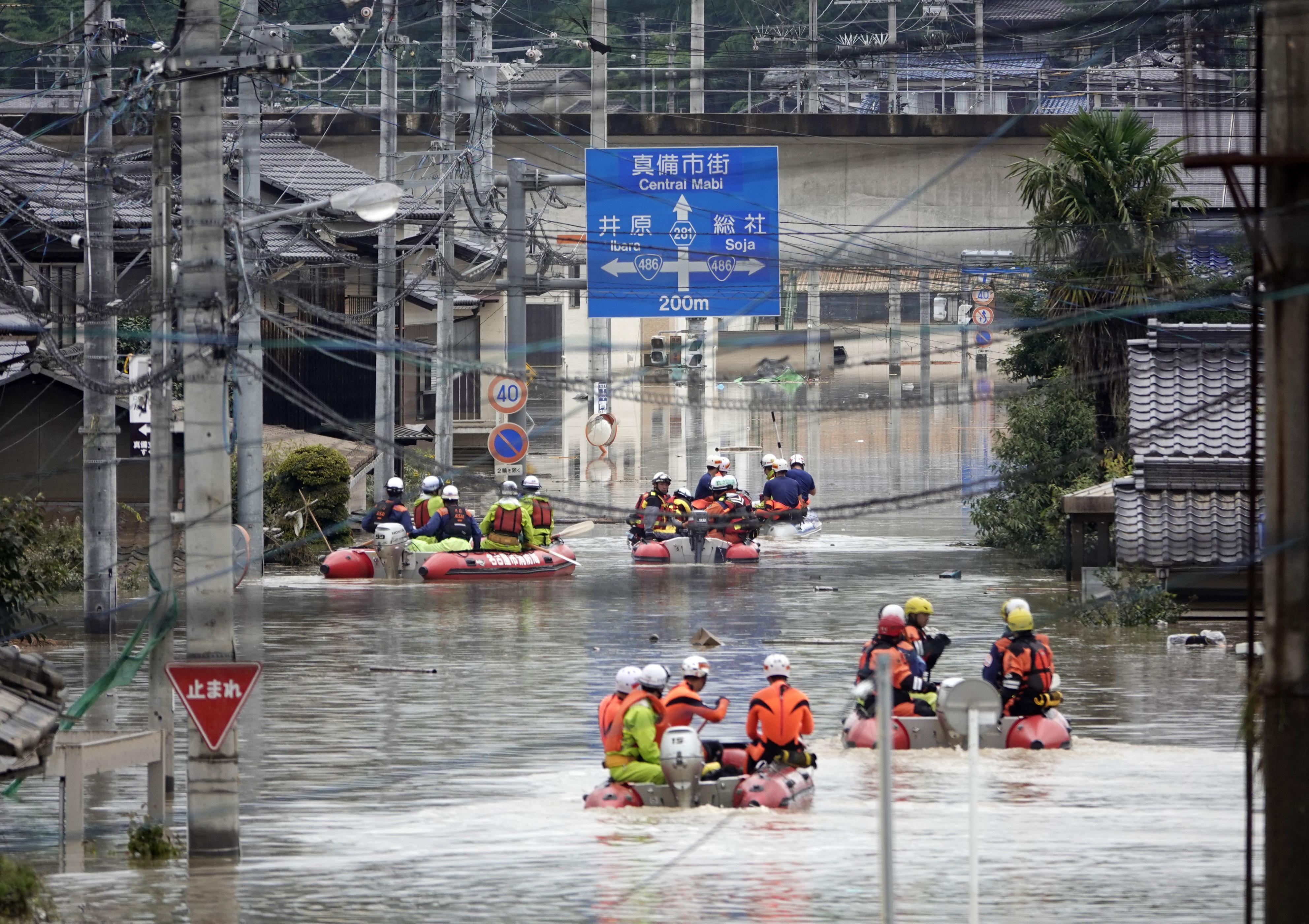 A rescued woman clutching a toy poodle told NHK television: "All I have is what I'm wearing.

"We had fled to the second floor but then the water rose more, so we went up to the third floor."

Emergency warnings for severe rain remained in effect for three prefectures, with 300 mm (11 inches) predicted to fall by Monday morning in parts of the smallest main island of Shikoku.

Evacuation orders remained in place for some 2 million people and another 2.3 million were advised to leave their homes. 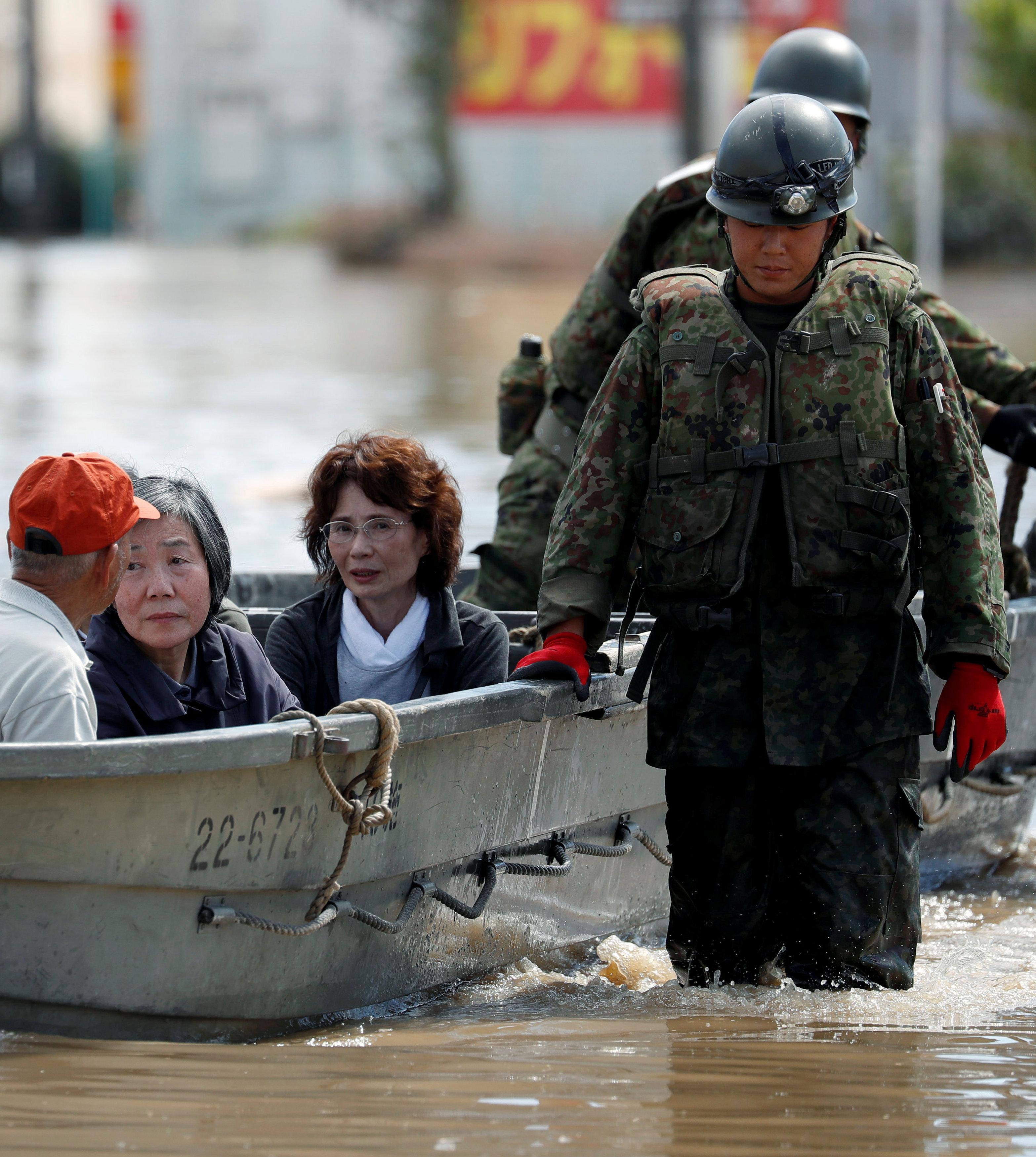 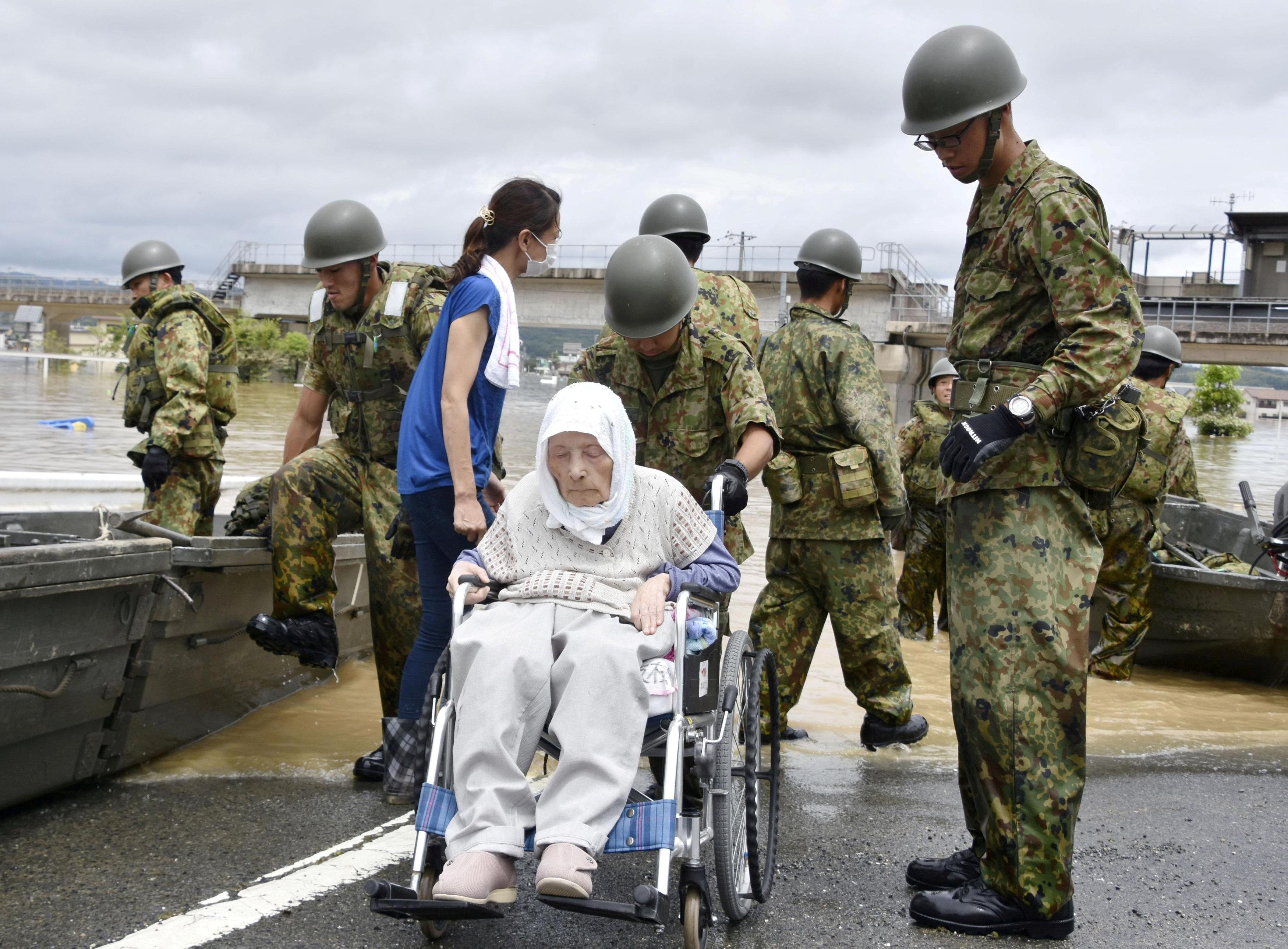 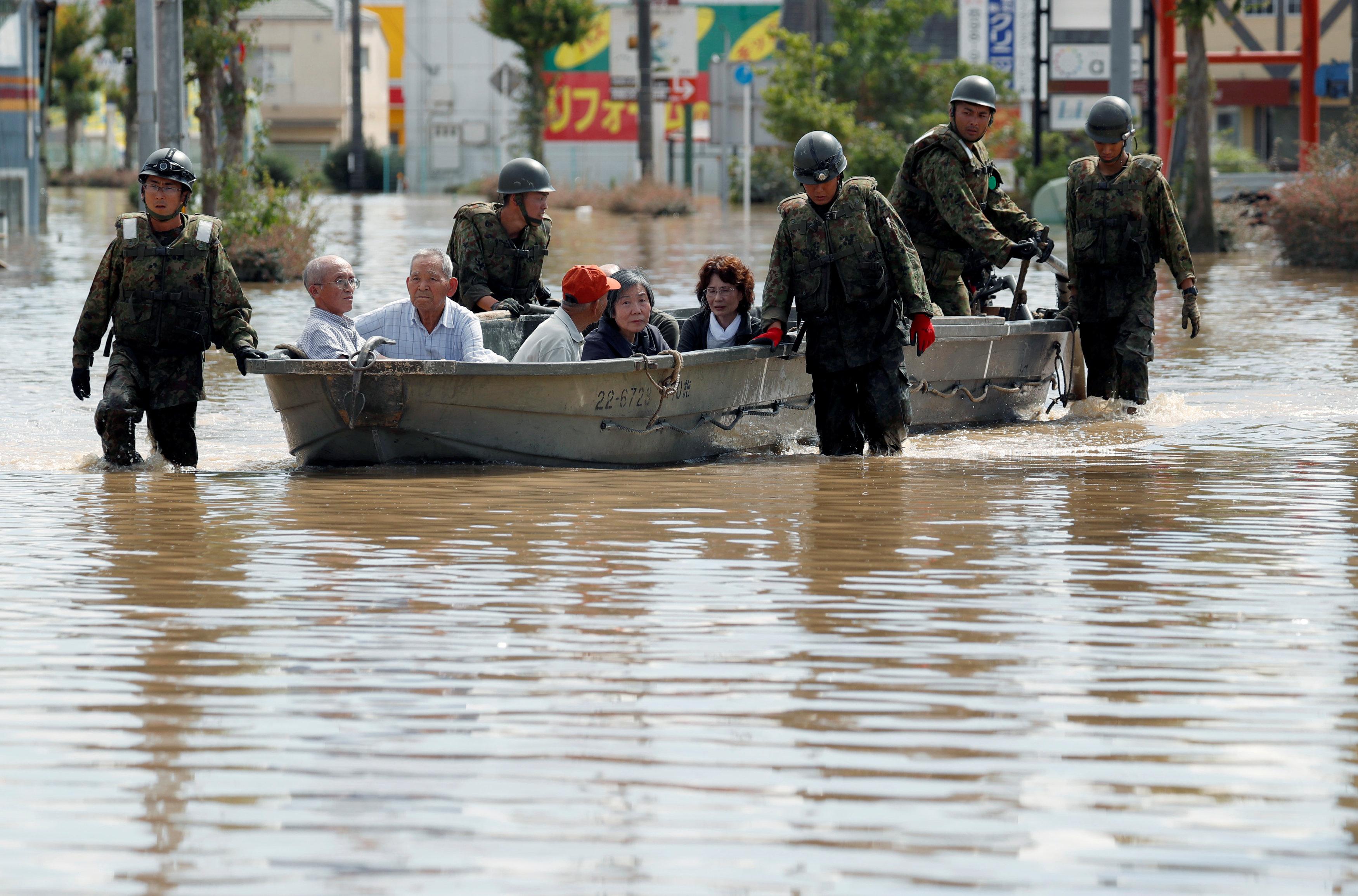 Landslide warnings were issued in more than a quarter of the nation's prefectures.

One victim wrote on Twitter: "My husband couldn't make it home from work since the road was flooded, and since it was pouring down rain I didn't have enough courage to walk to an evacuation centre with two infants after dark."

The rain began late last week as the remnants of a typhoon fed into a seasonal rainy front, with humid, warm air pouring in from the Pacific making it still more active. 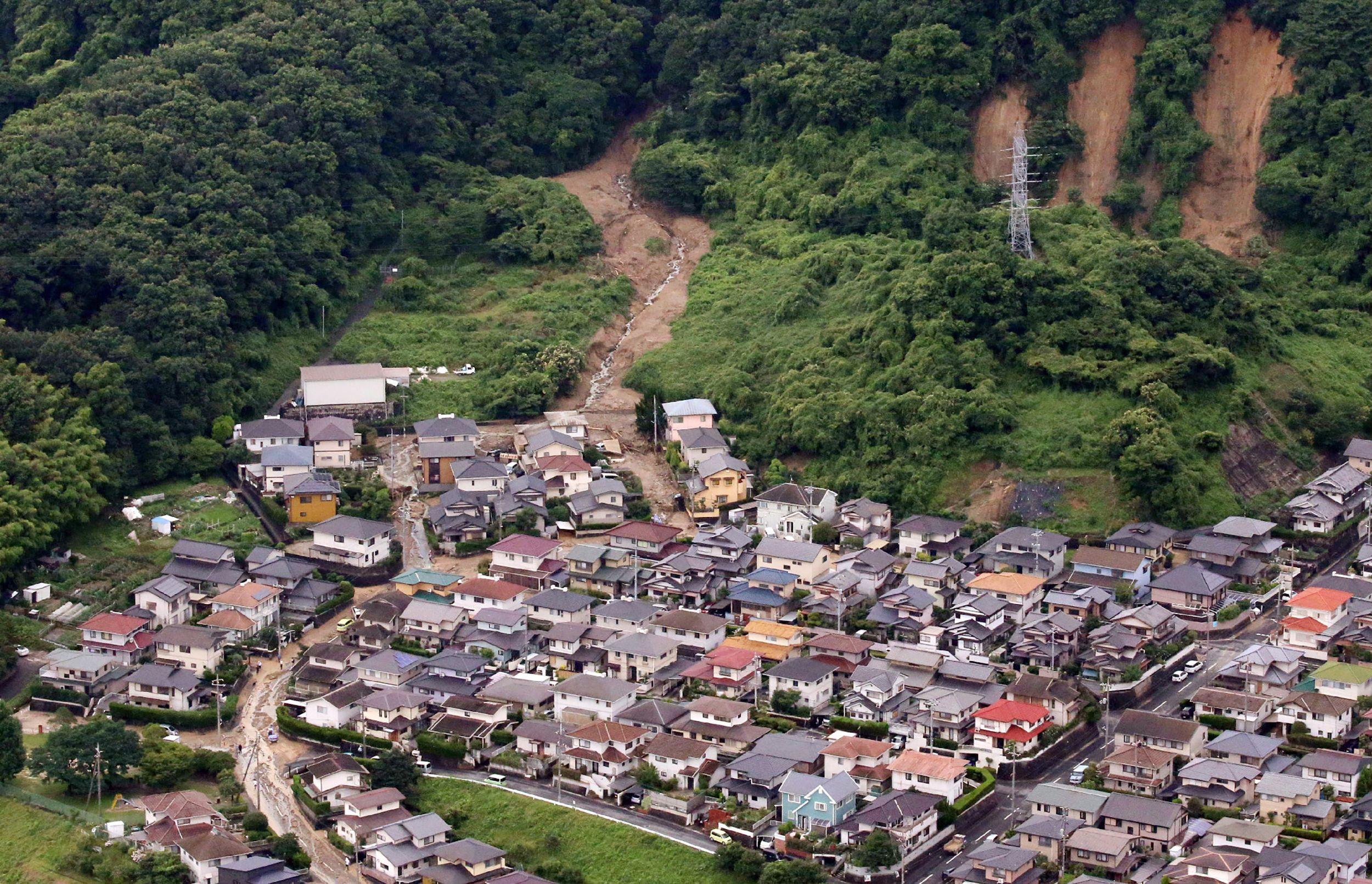 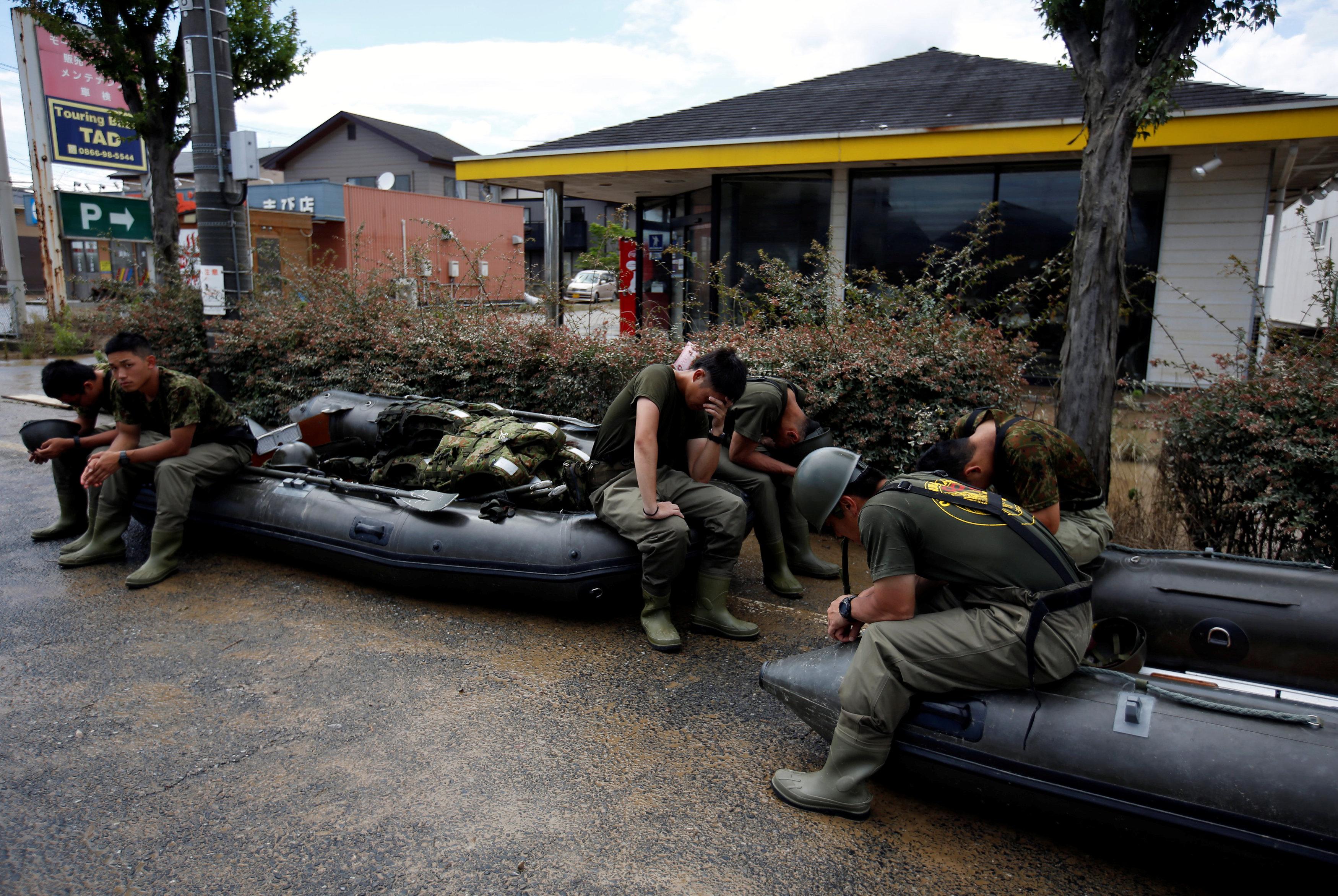 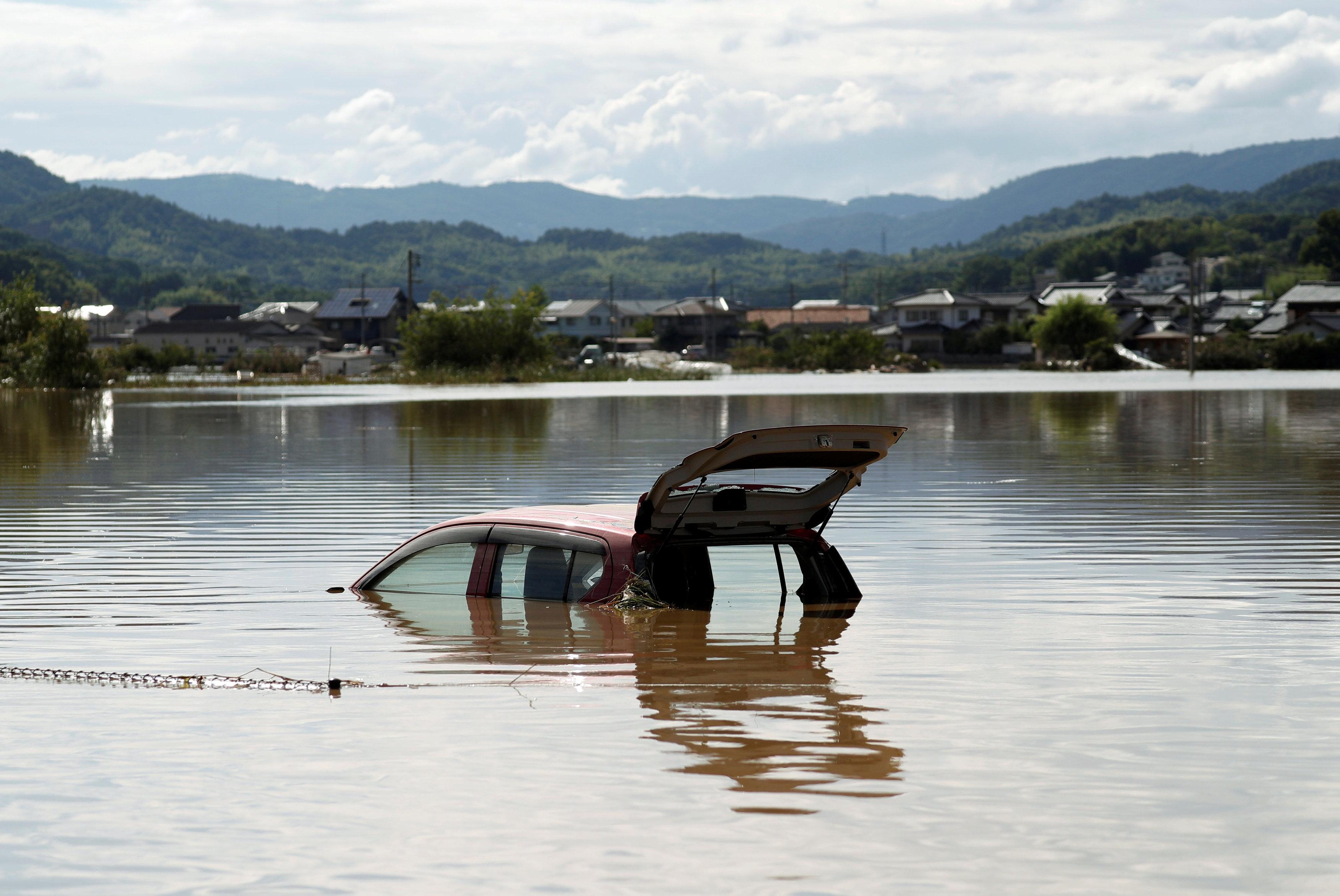 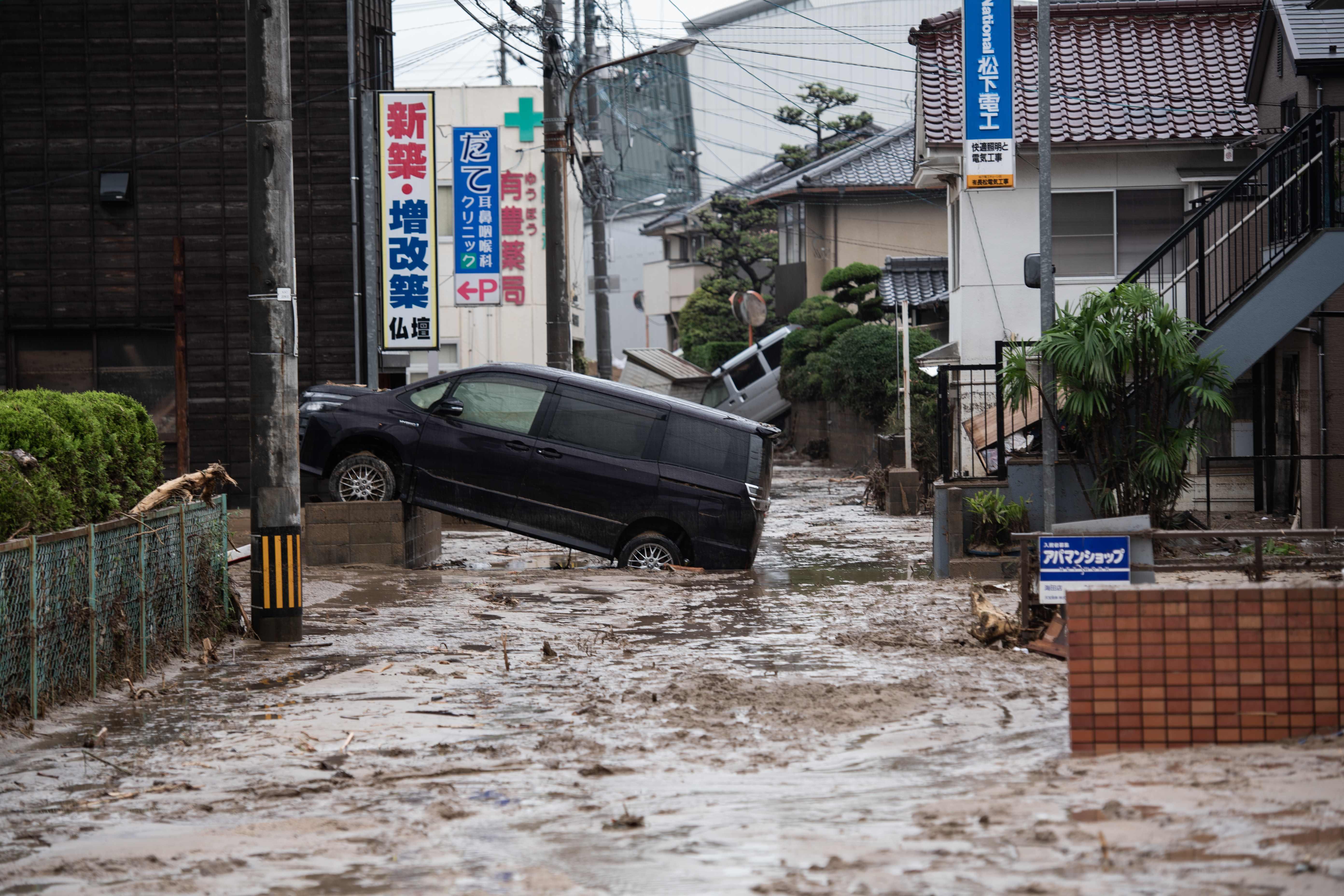 The front then remained in one place for an unusually long time, the JMA said.

Roads were closed and train services suspended in parts of western Japan. Shinkansen bullet train services, resumed on a limited schedule after they were suspended on Friday.

Automakers including Mazda Motor Corp and Daihatsu Motor Co suspended operations at several plants on Saturday due to a shortage of parts or dangerous conditions. They were set to decide later on Sunday on plans for the coming week.

Electronics maker Panasonic Corp said one plant in Okayama, western Japan, could not be reached due to road closures, although it had been closed for the weekend anyway. A decision about next week would be made on Monday.

While the Japanese government monitors weather conditions closely and issues warnings from an early stage, the fact that much of the country outside major cities is mountainous and building takes place on virtually every bit of usable land leaves it vulnerable to disasters.

Reforestation policies after World War Two that saw many mountains logged and replanted with trees whose roots are less able to retain water have also contributed to the danger.