Lewis Hamilton has today been named Britain’s most influential black person in a list dominated by those who have campaigned to support the Black Lives Matter movement.

The Formula 1 star, 35, who won his seventh world title on Sunday, has encouraged drivers to take the knee before races, changed his Mercedes racing car from silver to black and set up a commission to get more black people into motor sport.

He has described topping the Powerlist 2021 as a ‘monumental moment’ but used the award to pledge he would not ‘stay silent’ on racism in F1 as Boris Johnson was urged to give him a knighthood.

Professor Kevin Fenton, London chief of Public Health England, was given second place by the Powerlist judges who said they wanted to celebrate black Britons who have helped fight Covid-19 and ‘spoken truth to power’ on how BAME communities have been disproportionately hit.

Footballer Marcus Rashford made the longer list but not the top ten, despite twice forcing the Government into U-turns on providing free school meals during school holidays and today launching a national book club to encourage disadvantaged youngsters to read. 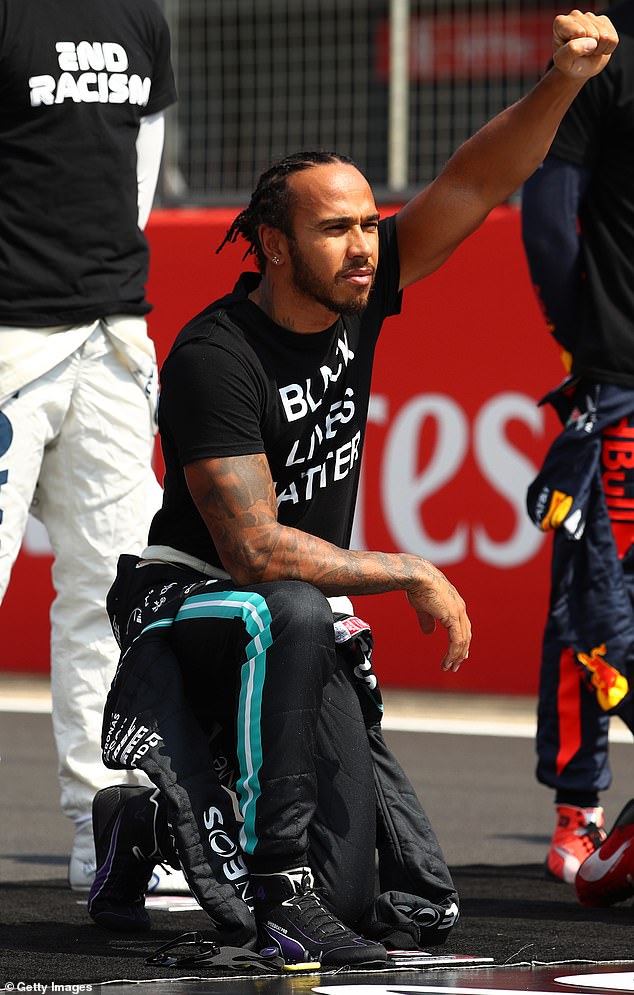 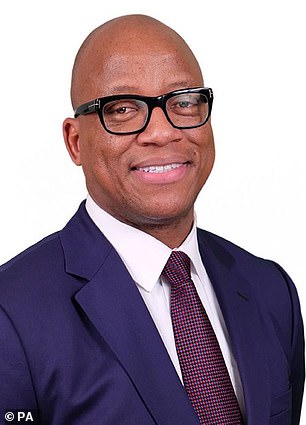 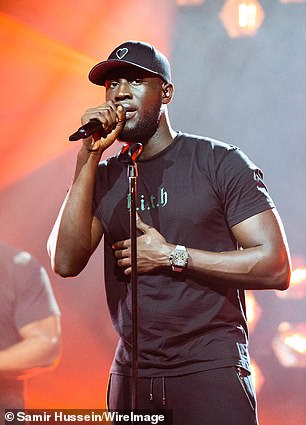 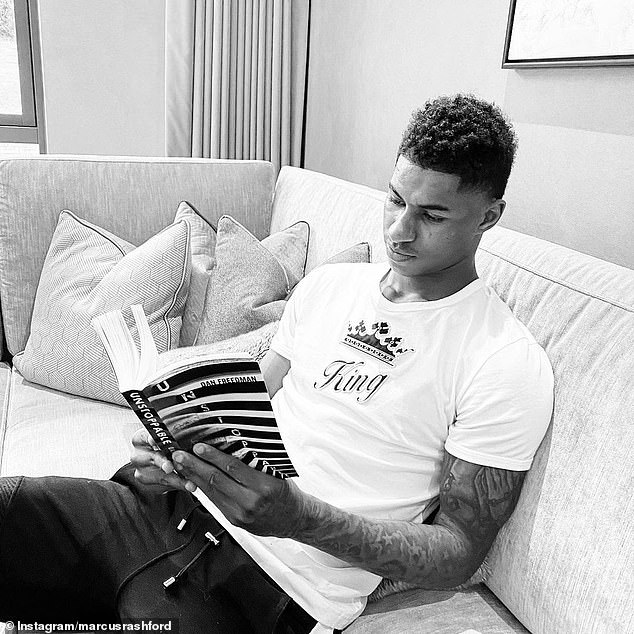 Marcus Rashford has had an influential year on and off the pitch for his campaigning on child poverty and now literacy. He made the long list, but not the top ten

Racing driver Hamilton, from a Stevenage council estate, has re-written the Formula One record books and, in the process, staked his claim to be considered among the greatest British sportsmen who have ever lived. He is the the only black driver in F1 and is campaigning to encourage more BAME people into the sport.

Professor Fenton joined the Health Protection Agency (now PHE) in 1999 as director of the HIV and STI department. He is in charge of London’s response to Covid.

Grime artist Stormzy, 27, has taken the British music scene by storm. He has also pledged £10m to fight for racial equality by 2030.

Editor-in-chief of British Vogue and campaigner for diversity in the fashion world.

Chief executive of the Royal College of Nursing was inspired to become a nurse because of the care given to her severely asthmatic father. She has helped run several large London hospitals specialising in child protection and HIV services.

Journalist, author and broadcaster who recently made a documentary with Samuel L. Jackson exploring 400 years of the transatlantic slave trade.

Accountant and vice-chair of KPMG and sponsor of the business’ African Caribbean network.

The annual list of the most powerful people of African, African Caribbean and African American heritage in the UK is ranked by independent judges chaired by retired High Court judge Dame Linda Dobbs, in partnership with law firm JP Morgan.

Michael Eboda, the chief executive of Powerful Media, has said the 2020 list, first published in 2007, is marked by the Black Lives Matter protests across the UK following the murder of George Floyd in the US in May.

Mr Eboda said: ‘The judges actually wanted to make it clear this year’s top 10 was quite deliberately different from years in the past.

‘I think in the past it has been a lot more corporate and business-focused, whereas this year it was about the two main issues that have affected black communities globally, which are Covid and Black Lives Matter’.

Lewis Hamilton is the first sports star in the list’s 14-year history to claim the top spot.

Reflecting on his legacy in the sport, Lewis Hamilton said he hoped his work outside of the car ultimately has a greater impact than his achievements behind the wheel.

He said: ‘I want to look back on Formula One in 10 years’ time and really see change because yes, we have this Black Lives Matter moment and there’s a mic and people are hearing it, but you’ve got to really do the work to activate change.’

Professor Fenton was ranked just behind the seven-time F1 world champion and ahead of Stormzy for leading the capital’s response to coronavirus, including minimising the impact on BAME communities.

His role at PHE involves working closely with the capital’s public health leaders and borough council chairs in how best to respond to coronavirus, alongside advising London mayor Sadiq Khan.

Professor Fenton, who was a leading practitioner tackling HIV and Aids issues for three decades prior to his appointment to becoming London’s regional director at PHE in April 2020, said he feels ‘truly honoured’ to be included in the Powerlist.

He said: ‘To play a small part in it has been a humbling experience and I feel extremely proud of the work we have carried out.

‘But it does not stop here. There is still a long way to go and we will continue working hard to stop the spread of this virus as we move through the winter and into the New Year.’

Actress and screenwriter Michaela Coel, who wrote and starred in 2020 drama I May Destroy You is in fourth.

She is followed by Edward Enninful – editor-in-chief of British Vogue.

Dame Donna Kinnair, chief executive, Royal College of Nursing is in sixth followed by Jacqueline McKenzie, who fought for justice for victims of the Windrush Scandal. 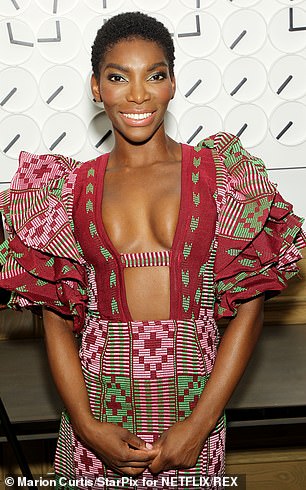 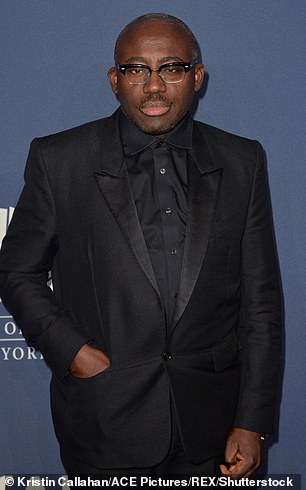 Actress and screenwriter Michaela Coel (left) , who wrote and starred in 2020 drama I May Destroy You is in fourth with Edward Enninful (right) – editor-in-chief of British Vogue, in fifth 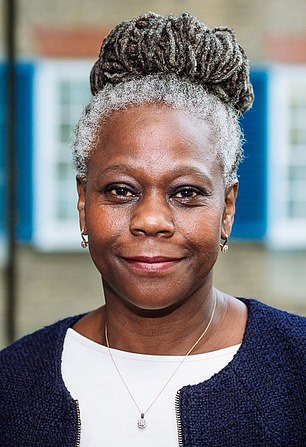 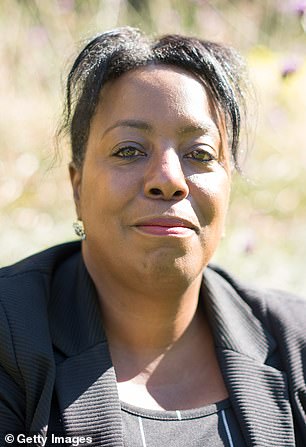 Dame Donna Kinnair, chief executive, Royal College of Nursing (left) is in sixth followed by Jacqueline McKenzie (right) , who fought for justice for victims of the Windrush Scandal 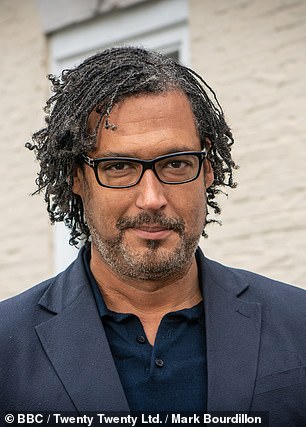 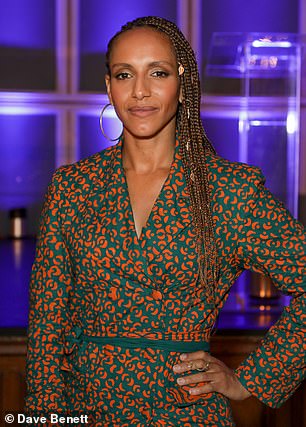 In eighth is historian and broadcaster David Olusoga , who was behind the shows Black and British: A Forgotten History and Britain’s Forgotten Slave Owners. Journalist Afua Hirsch, who fronted the documentary series Enslaved with Pulp Fiction actor Samuel L Jackson is ninth 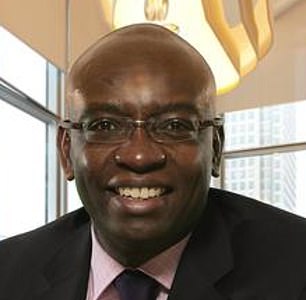 Richard Iferenta , vice-chair of KPMG was given the tenth spot

In eighth is historian and broadcaster David Olusoga, who was behind the shows Black and British: A Forgotten History and Britain’s Forgotten Slave Owners.

The arts, fashion and design (Unranked)

David Lammy – Shadow Secretary of State for Justice, Member of Parliament for Tottenham

Science, Medicine and Engineering (not ranked)