Tripoli-based government says Fathi Bashagha’s handling of a crackdown on protests will be investigated within 72 hours. 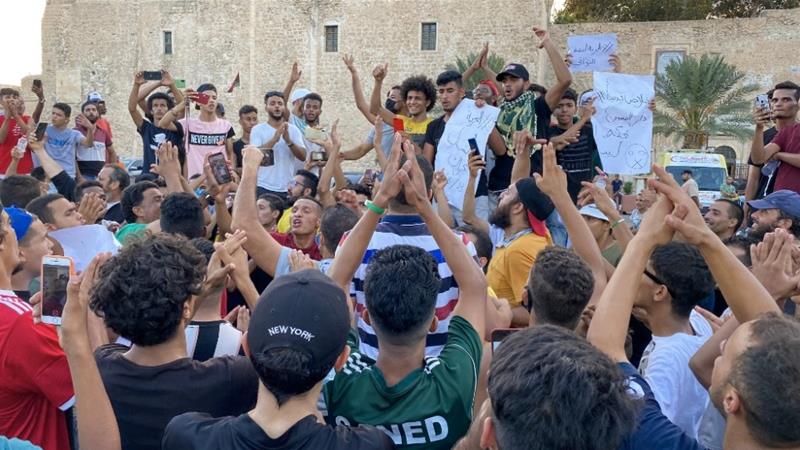 Libya’s internationally recognised government suspended its interior minister from on Friday, saying his handling of street protests and a violent crackdown against them would be investigated.

The move coincides with reports of growing friction between Prime Minister Fayez al-Sarraj of the Tripoli-based Government of National Accord (GNA), and Interior Minister Fathi Bashagha, an influential figure from the port city and military power base of Misrata.

In a statement late on Friday, the GNA said Bashagha “has been temporarily suspended” and will face an inquiry “on his statements about the protests and incidents in Tripoli and other cities”.

He will be questioned on the permits granted to the demonstrators, the security arrangements in place and the “violations committed”, it said.

Bashagha, who was nominated in 2018, played a central role during a 14-month offensive on Tripoli by eastern-based forces that the GNA repelled in June with military support from Turkey.

He is well regarded by the GNA’s international backers, and had announced steps to rein in the armed groups that hold real power in Tripoli. Loud gunfire could be heard over central Tripoli shortly after the decision was announced.

In a separate decree, al-Sarraj said Bashagha would be investigated by the GNA leadership within 72 hours, and his duties would be assumed by a deputy minister, Khalid Ahmad Mazen.

A separate decree assigned a regional force headed by Osama Jweili, a commander from another militarily powerful city, Zintan, to help ensure security in Tripoli.

In a statement, Bashagha expressed readiness for an investigation, but said it should be televised to ensure transparency.

Since Sunday, protests over worsening living conditions and corruption have escalated in Tripoli.

Armed men have used gunfire to disperse demonstrators, and al-Serraj has imposed a 24-hour curfew for four days to counter the new coronavirus, a move seen by critics as a tactic for curbing the protests.

Bashagha had said the gunmen fired “live ammunition indiscriminately” and kidnapped demonstrators, “sowing panic among the population and threatening security and public order”. He also promised to “protect unarmed civilians from the brutality of a gang of thugs”.

There have long been tensions between armed groups from Tripoli and Misrata. Those from Misrata dominated the capital for several years after Libya split into rival factions based in the west and east of the country in 2014. They later lost their foothold to Tripoli-rooted groups.