When McCafferty came outside to retrieve Lucky, she saw a black dog dart from under her deck. That dog was part of a pack that belonged to Holmes. Holmes too had let his dogs off of their leashes to relieve themselves. 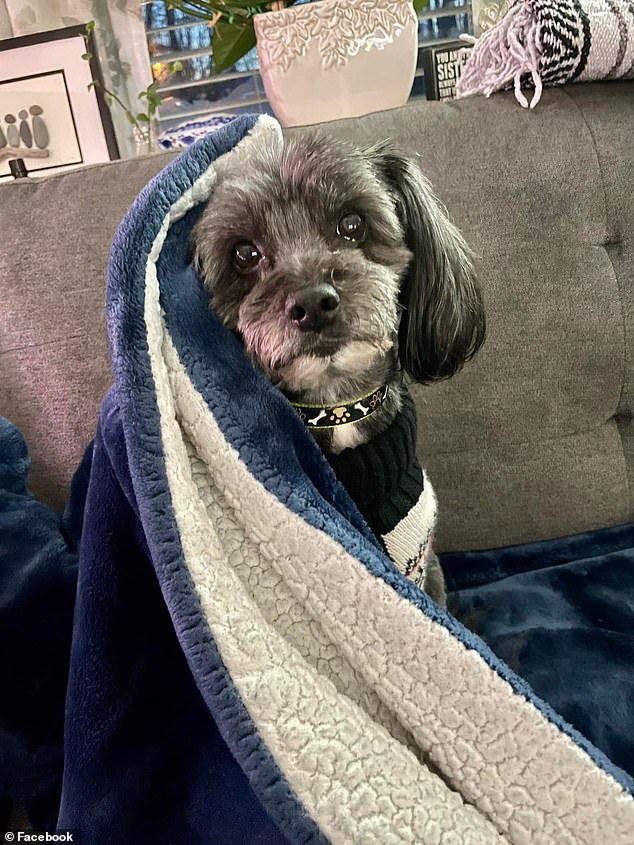 McCafferty said that she let Lucky out to use the bathroom when he was set upon. She called her beloved pet her ‘work buddy’ and ‘hiking buddy’

Terrified, McCafferty ran back inside her home out of fear that the dogs would attack her as well. McCafferty told the Anchorage Daily News, ‘I ran back up, I didn’t know what those dogs were gonna do. My dog was torn apart there.’

McCafferty said that Holmes was standing on the far edge of her property. When he realized what was happening, the reality star ran to wrangle his dogs. 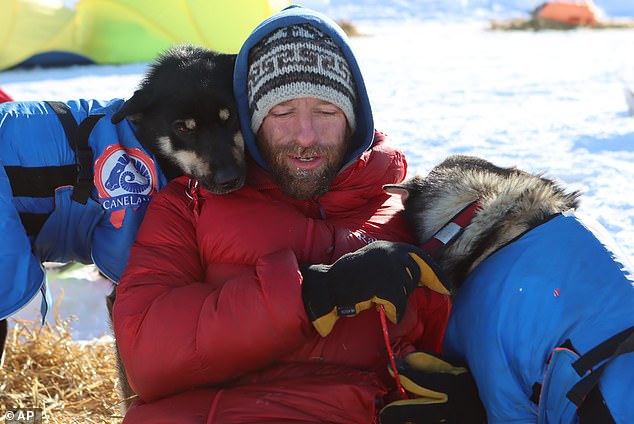 McCafferty said, ‘He came in and was very, very, apologetic,. He was on the verge of crying.’ While Holmes said of the incident, ‘It was just a really terrible accident due to my negligence.’

The celebrity musher was staying in the area at the Grand View Inn, close to McCafferty’s property, following the Iditarod. Holmes said that he previously stayed in the area and had no issues with letting his dogs off of their leashes.

Holmes said, ‘There´s no way to not be distraught about this.’

Wasilla Mayor Glenda Ledford said in a statement that during the investigation into the attack, ‘video footage was obtained which showed multiple dogs emerging from an enclosed trailer nearby and running unrestrained area.’

McCafferty is hoping that Holmes will use his celebrity to draw attention to responsible pet ownership. In a Facebook post, McCafferty has called for the public to send ‘thoughts of peace’ to the Life Below Zero: Alaska star

Mayor Ledford concluded her statement saying, ‘Citations are expected to be issued.’

McCafferty, a public health official in Alaska, has said that she will not be able to replace Lucky’s companionship any time soon. She told ADN, ‘He was my work buddy, he was my hiking buddy. He was very social; everybody knew him at Lowe’s up here.

In a April 13 Facebook post, McCafferty asked her followers to ‘send thoughts of peace and comfort’ to Holmes as he is ‘hurting too.’

McCafferty said in an earlier Facebook post that Holmes ‘could use his platform and influence to share this story, to use this tragedy to educate other owners about responsible pet ownership, reiterating the importance of ‘leash laws,’ and advocate for prevention; lead by example.’