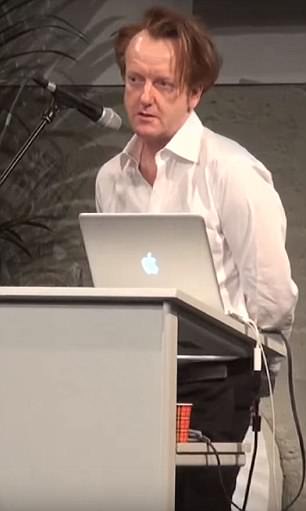 Dr Jonathan Dronsfield, 55, was fired by Reading University in 2014 after it emerged that he had sex with a 25-year-old student before going on to mark her final dissertation

A ‘callous’ fine art professor who cheated on his model wife with a student half his age has lost an extraordinary four-year battle against his sacking.

Dr Jonathan Dronsfield, 55, was fired by Reading University in 2014 after it emerged that he had sex with a 25-year-old student before going on to mark her final dissertation.

Their encounter at a London hotel followed a boozy party after the opening of an art gallery exhibition.

He launched a case for unfair dismissal, claiming that she ‘openly pursued’ him when he was ‘vulnerable’ and under strain because his wife was outside the country and experiencing immigration problems getting back in the UK.

Now it can be revealed that the wife he betrayed is Anna Bondareva, a stunning 37-year-old actress, model and singer-songwriter who has starred alongside George Clooney in an advertising campaign for Police sunglasses.

She has also appeared on screen with French actress Catherine Deneuve and modelled for Chanel and Christian Dior.

Miss Bondareva, from Belorussia, married the academic in January 2008 at the height of her modelling career when she was 27 and he was 45.

A year later she proudly told Belarussian newspaper Komsomolskaya Pravda that her husband supported her career, for which she credited Clooney’s agent for spotting her acting talent.

Miss Bondareva, who moved to Paris aged 16 after winning a modelling competition in her native Minsk, said she had an ‘English husband – a doctor of philosophy who lectures at universities around the world and writes books’.

She added: ‘We don’t see each other too often. Both of us are travelling around the world all the time. But trust and understanding are important. He understands and supports me in everything.’

But it seems that her trust was betrayed when her husband bedded a student five years her junior in 2011. 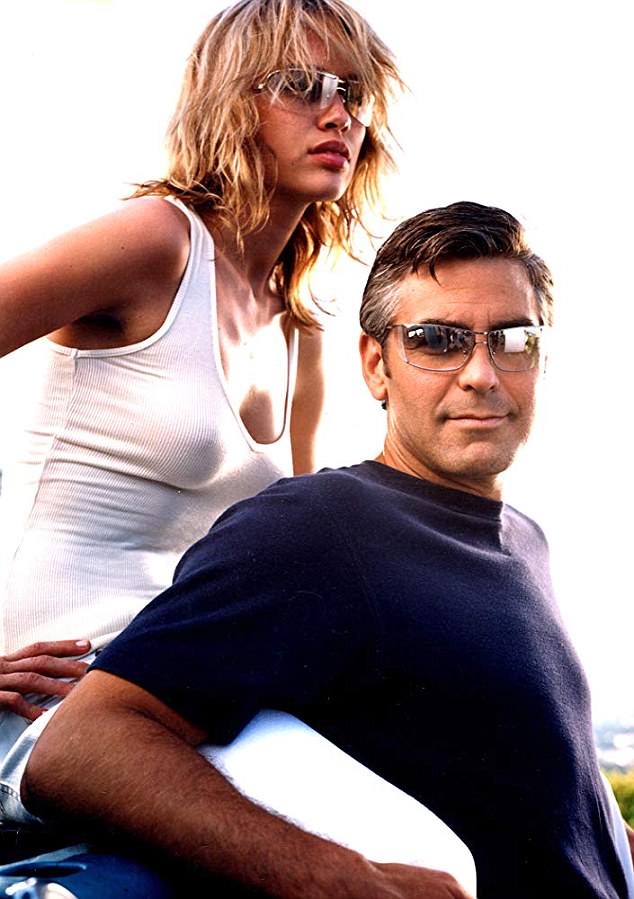 Now after a four-year battle in the courts, an employment judge has ruled that the university was right to sack him because he demonstrated ‘immoral, scandalous or disgraceful behaviour incompatible with the office’.

The ruling at Watford Employment Tribunal follows a long fight by the academic, who has spent a fortune in legal fees trying to win compensation.

The scandal emerged in 2013 when the student’s ex-boyfriend complained to the university that Dr Dronsfield, an associate professor who was teaching art theory, had ‘multiple sexual relationships’ with students and regularly plied them with alcohol.

He told the university: ‘He has been having sex with students who he is responsible for tutoring.

‘I do not know how frequently this happens, but I do know he frequently has students come to his office for late night meetings about their dissertations which usually involve large quantities of alcohol…

‘I think someone in a position of trust and authority is abusing their position on a regular basis to have sex with young girls.’

He said of his ex-girlfriend: ‘She was going through a breakdown during the full period of her degree. She was in a vulnerable place and he took advantage. He was marking her work and advising on her academic activity.’ 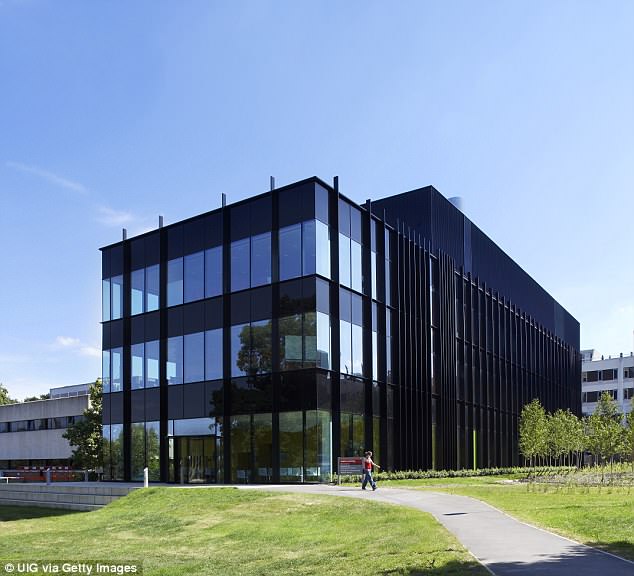 Reading University, where Dronsfield was a professor of fine art

The woman, who cannot be named for legal reasons, claimed she had sex with her lecturer twice and said they often stayed up late at night in his office drinking whisky and port.

He was sacked for having a sexual relationship with a vulnerable student, failing to report the relationship and abuse of power leading to a conflict of interest.

No evidence of a ‘predatory intent’ was found and it was concluded the affair had no impact on the student’s dissertation.

A series of court hearings followed as Dr Dronsfield fought his case. The latest took place in March.

Now Employment Judge Alastair Smail has ruled: ‘The dismissal was not unfair. He had a sexual relationship with a student he taught and assessed and he did not report it, in breach of the rules.

‘Further, the claimant’s attitude to the sexual encounter appeared callous. He did it, he had said, to bring the intimate relationship to an end.’

Miss Bondareva, who was notably absent throughout the proceedings, declined to comment on the case or her marriage when contacted by the Daily Mail.