Indonesia's National Transportation Safety Committee is collecting data related to the recovery efforts made during the prior malfunctions, the agency said in a statement on Monday, basing its findings on preliminary data collected from one of the black boxes. 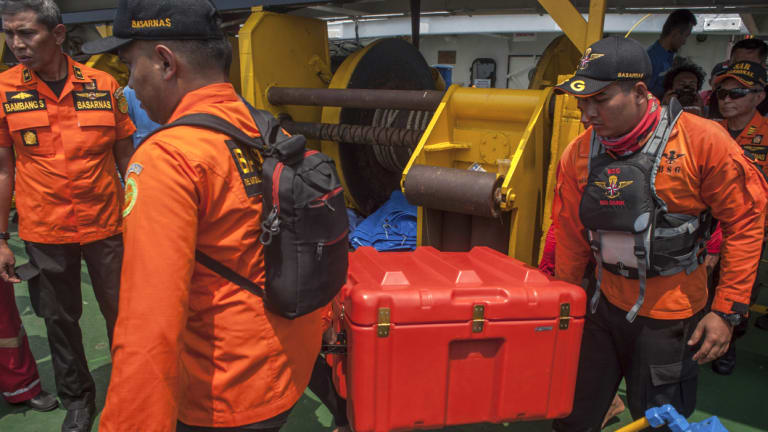 A box containing the flight recorder was retrieved on Thursday.Credit:AP

While search teams scouring the waters managed to retrieve the flight data recorder, the cockpit voice recorder is still buried under the Java Sea where the plane plunged on October 29. The audio device may be crucial to unraveling what happened during the flight's final moments. In particular, the device may explain why the crew asked to return to base minutes into the journey.

"We have said there's a technical problem but we also want to know what they were discussing in the cockpit and what they were doing," Soerjanto Tjahjono, chief of the NTSC, told reporters on Monday. "Cockpit voice recorder and flight data recorder are both important to reveal the truth in this case." 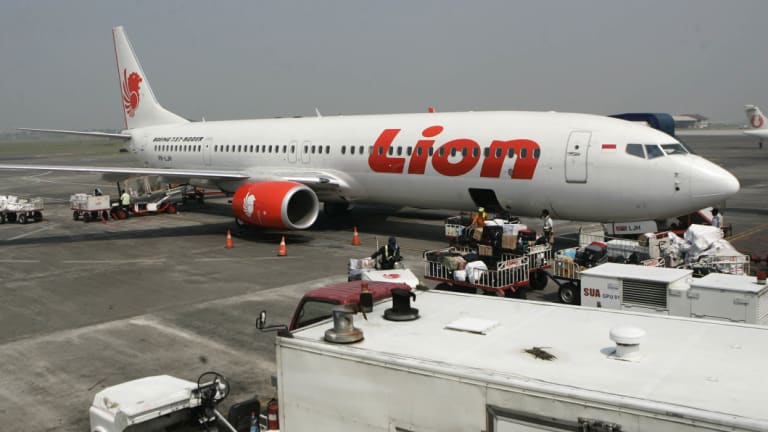 Questions have been raised about Lion Air plane’s technical problems.Credit:AP

With the data recorder in the hands of investigators, the NTSC has recovered about 69 hours of flying data by the crashed jet during its last 19 trips.

Because Flight JT610 lasted only a few minutes, the voice recorder is also likely to include at least some audio from the previous night's trip from Denpasar, Bali to Jakarta. The aircraft, which would crash the next day, experienced problems on the flight from Bali with sensors used to calculate altitude and speed. The instruments were checked by maintenance workers overnight and the plane was cleared to fly, according to Lion Air.

Even with modern GPS tracking, planes need to calculate their precise speed through the air. To determine airspeed — which can vary substantially compared to the speed over the ground due to winds — aircraft rely on Pitot tubes which measure the air rushing into them.

By comparing that pressure against the ambient air pressure — which is obtained by what are known as static ports — aircraft can determine airspeed. If either of the pressure sensors are blocked, it can cause erroneous readings.

Indonesia's rescue agency said on Sunday that wreckage spotted by divers had turned out to be only the skin of the Boeing jet rather than the main fuselage. Strong underwater currents in the Java Sea off Jakarta and a muddy seabed have complicated a week-long hunt that's involved dozens of ships and hundreds of specialist personnel.

As the 270-square-mile (430 km) search for debris widened over the weekend, Indonesian authorities broadened a review of Lion Air's operations, including the airline's standard operating procedures and flight-crew qualifications. That followed the discovery of defects on two other Boeing 737 Max 8 planes — both operated by Lion Mentari Airlines — during checks on six aircraft of that type.

The inspection of plane debris indicated the aircraft didn't explode mid-air before plunging into the Java Sea, Tjahjono said earlier on Monday.

"The aircraft broke apart under the impact of hitting the water at high speed and it didn't break apart mid-air," Tjahjono said. "The engines were still running at high RPM."

President Joko Widodo has asked airlines to make passenger safety the highest priority, and the government had already ordered a review of Lion's repair and maintenance unit and suspended several managers.

The transport ministry is coordinating with airport authorities, navigation operators and airlines among others to ensure airworthiness at all airports in Indonesia is well maintained, according to Transport Minister Budi Karya Sumadi.