Hello, is it me you’re looking for? Police issue picture of man they are hunting over late nightclub attack only for internet wags to tell them he’s a dead ringer for Lionel Richie

A Lionel Richie lookalike is being hunted by police over a late night attack that left a reveller with a broken jaw.

Officers want the mystery grinning dancer to get in touch to say: ‘Hello, is it me you’re looking for?’

Now hundreds of people have shared the police wanted appeal just like the shoplifter who looked like Ross from Friends. 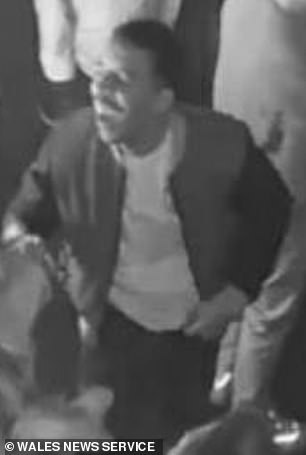 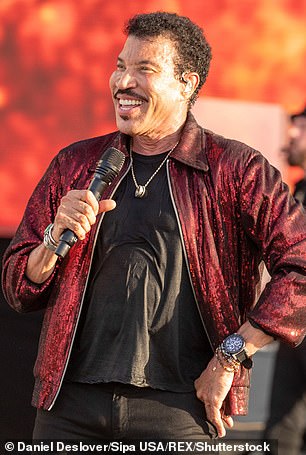 CCTV grabs show a man dancing in a Cardiff nightclub (left) who has a striking resemblance to singer Lionel Richie (right, at a US concert on May 8) 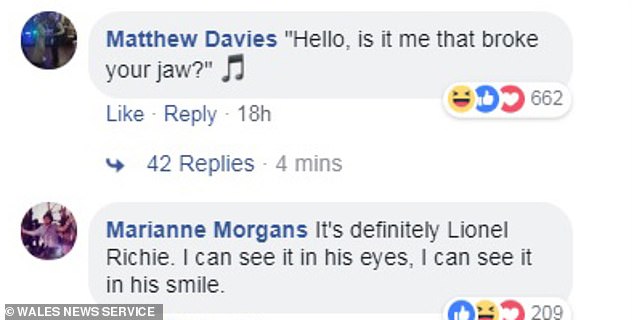 Internet jokers were quick to point out the wanted man’s resemblance to former the Commodores singer, 69

In CCTV images, the man has a huge smile on his face and looks to be singing as he grooves in a bomber jacket at a club in Cardiff.

Internet jokers were quick to point out the wanted man’s resemblance to former the Commodores singer, 69.

Becca Simpson said: ‘Looks like any jail time for him will be easy, easy like Sunday mornings.’ 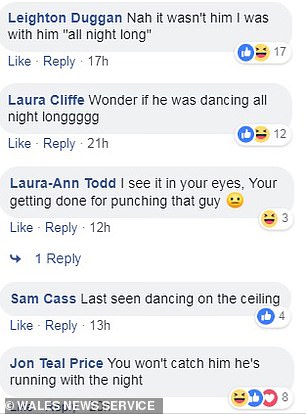 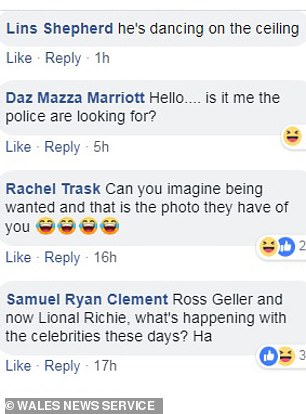 Carla Jackles said: ‘Did you look for him, all night long? Oh what a feeling, now the police they are appealing.’

Matthew Davies wrote: ‘Hello, is it me that broke your jaw?’

And Sam Cass added: ‘Last seen dancing on the ceiling.’

A South Wales Police spokeswoman said: ‘We would like to speak to this man in connection with an assault in Cardiff city centre earlier this month which resulted in a 22-year-old man suffering a broken jaw.

‘Anyone with information or the individual himself is asked to contact us on 101 or Crimestoppers anonymously.’ 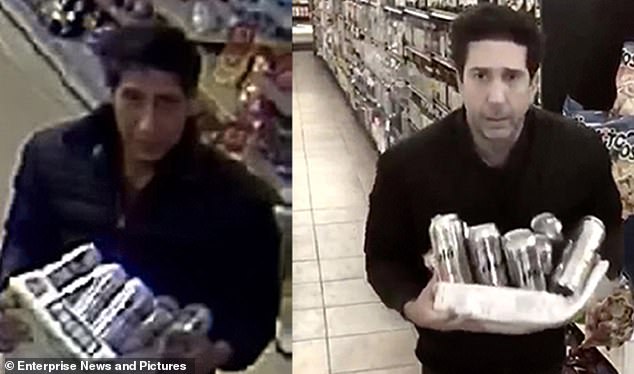 The incident comes after a David Schwimmer lookalike was spotted stealing from a restaurant in Blackpool on September 20, (left) prompting the Friends actor to do a hilarious reenactment (right)