Lisa Nandy warns against stitch-up over suspension of Trevor Phillips 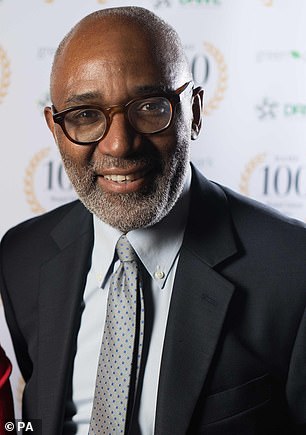 Trevor Phillips has been suspended by the Labour Party

The Labour leadership hopeful said that she ‘admired a lot of the work’ done by Mr Phillips who has been suspended by the party over allegations of Islamophobia but that she was ‘troubled’ by some of his remarks.

Ms Nandy said all allegations needed to be taken ‘seriously’ but cautioned that there was a ‘particular problem’ in Mr Phillips’ case given his status as a former chairman of the Equality and Human Rights Commission.

The watchdog is currently investigating the Labour Party over allegations of anti-Semitism.

Ms Nandy said Mr Phillips’ case ‘shows how far we have lost the trust of everybody in this process’ as she said the party’s complaints process must be totally independent in comments which will be seen as a warning against a stitch-up.

It came as Mr Phillips called on Ms Nandy and her other leadership challengers to say publicly whether they support his suspension.

Mr Phillips is facing an investigation and possible expulsion from the Labour Party over past comments.

But he has defended his statements, including that it was ‘nonsense’ to define being anti-Islam as racist as Muslims do not identify as a race.

The Telegraph reported the 66-year-old has called on Ms Nandy, Sir Keir Starmer and Rebecca Long-Bailey to ‘pick a side’ in the row. 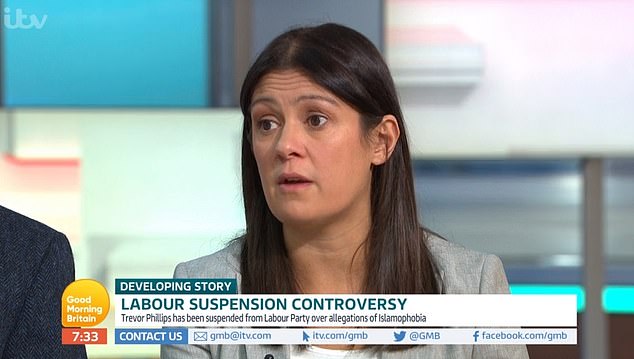 Ms Nandy was asked during an interview on ITV’s Good Morning Britain programme whether she agreed with Mr Phillips.

She replied: ‘I don’t know if there is something to the allegations or not.

‘I have admired a lot of the work that Trevor Phillips has done on combating racism over the last few years but I have also been troubled with some of the things he has said about Islam.’

Setting out what specifically she was ‘troubled’ by, Ms Nandy continued: ‘That he has said that Islam is not a race and therefore Muslims do not experience racism.

But Ms Nandy also said she was ‘really troubled by’ Labour’s complaints process.

‘It just shows how far we have lost the trust of everybody in this process and why there has to be an independent process that is not subject to political interference.’

The Wigan MP said Labour has ‘got to take these allegations seriously’ and added: ‘I don’t know where this complaint has come from but if somebody has made a complaint about Islamophobia, given how prevalent Islamophobia is, given the impact that it is having in the real world on people, we have to take it seriously.

‘It doesn’t mean that you presume guilt. I have said that in every case of anti-Semitism as well.’

Mr Phillips said that his case represented a ‘test for the kind of party these candidates want to lead’.

His call was supported by the government’s anti-Semitism adviser Lord Mann, who said: ‘It is a mark of leadership… either back the investigation or back Trevor Phillips.

‘To suspend the first head of the Equality and Human Rights Commission is not a sit on the fence issue.’

A Labour Party spokeswoman said: ‘The Labour Party takes all complaints about Islamophobia extremely seriously and they are fully investigated in line with our rules and procedures, and any appropriate disciplinary action is taken.’

Voting in the Labour leadership race is ongoing and will come to a close on April 2. A winner will then be announced at a special event on April 4.