Social media videos show a Liverpool fan racially abusing an elderly Asian man who was pushed into a water fountain. 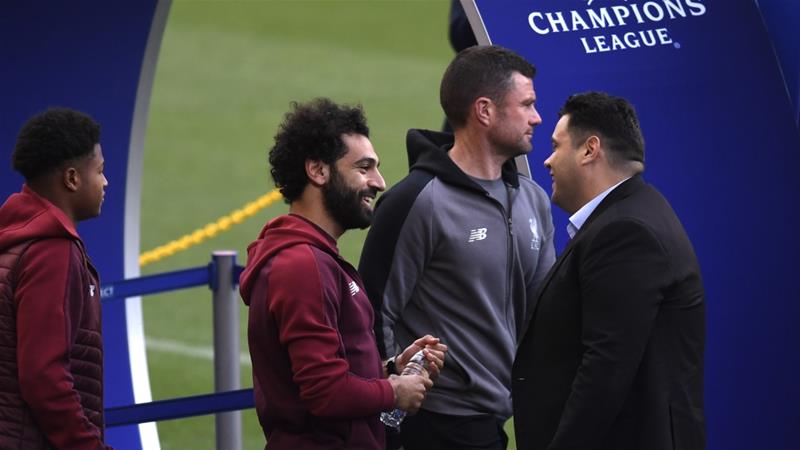 Liverpool football club launched an investigation into an incident in the Spanish city of Barcelona where some of the Reds supporters were filmed racially abusing an Asian man who was pushed into a fountain by one of them.

In the video, which circulated widely on social media, a Liverpool supporter could be seen shoving the man into the water at the Placa Reial ahead of Wednesday’s Champions League semi-final first leg at the Camp Nou.

A second man, also believed to be a Liverpool fan, could then be heard saying “Mr Miyagi, san” when the elderly man tried to speak to the person who pushed him.

Mr Miyagi is a racial reference to the fictional karate master in the Karate Kid films from the 1980s.

Another video also showed a street seller being thrown into the water.

Liverpool FC said it will investigate the incidents and were seeking to identify those involved.

“Such behaviour is clearly totally unacceptable and will not be tolerated,” the statement said.

“It would be inappropriate to comment further while the situation is ongoing other than to confirm the club will follow due process in any and all cases of this nature.”

Kick It Out, an organisation that tries to combat racism in football, praised Liverpool for taking “swift action on this alleged racist incident”.