BRUISED Sir Keir Starmer pleaded for more time to save his pummelled party yesterday as MPs began the search for his successor. 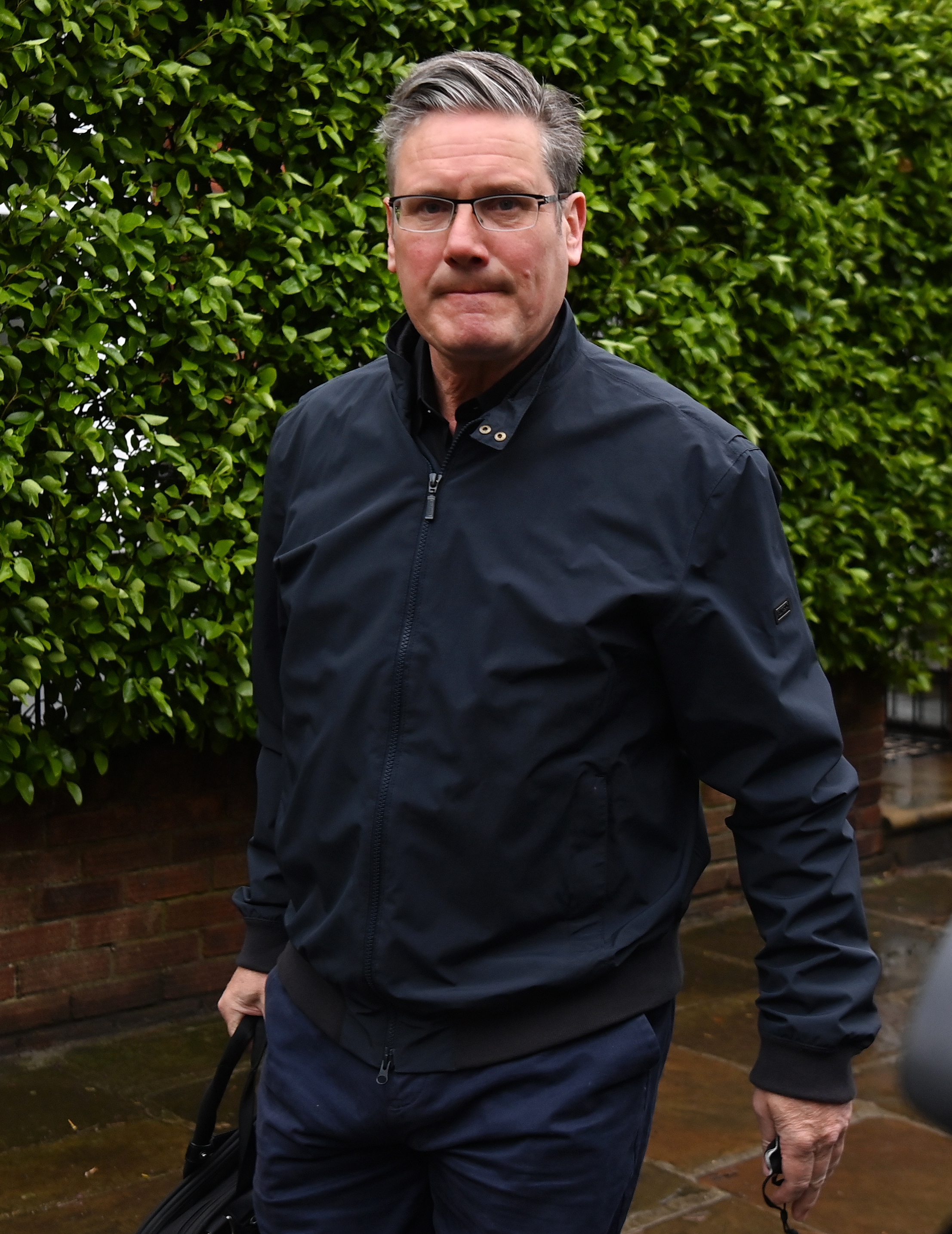 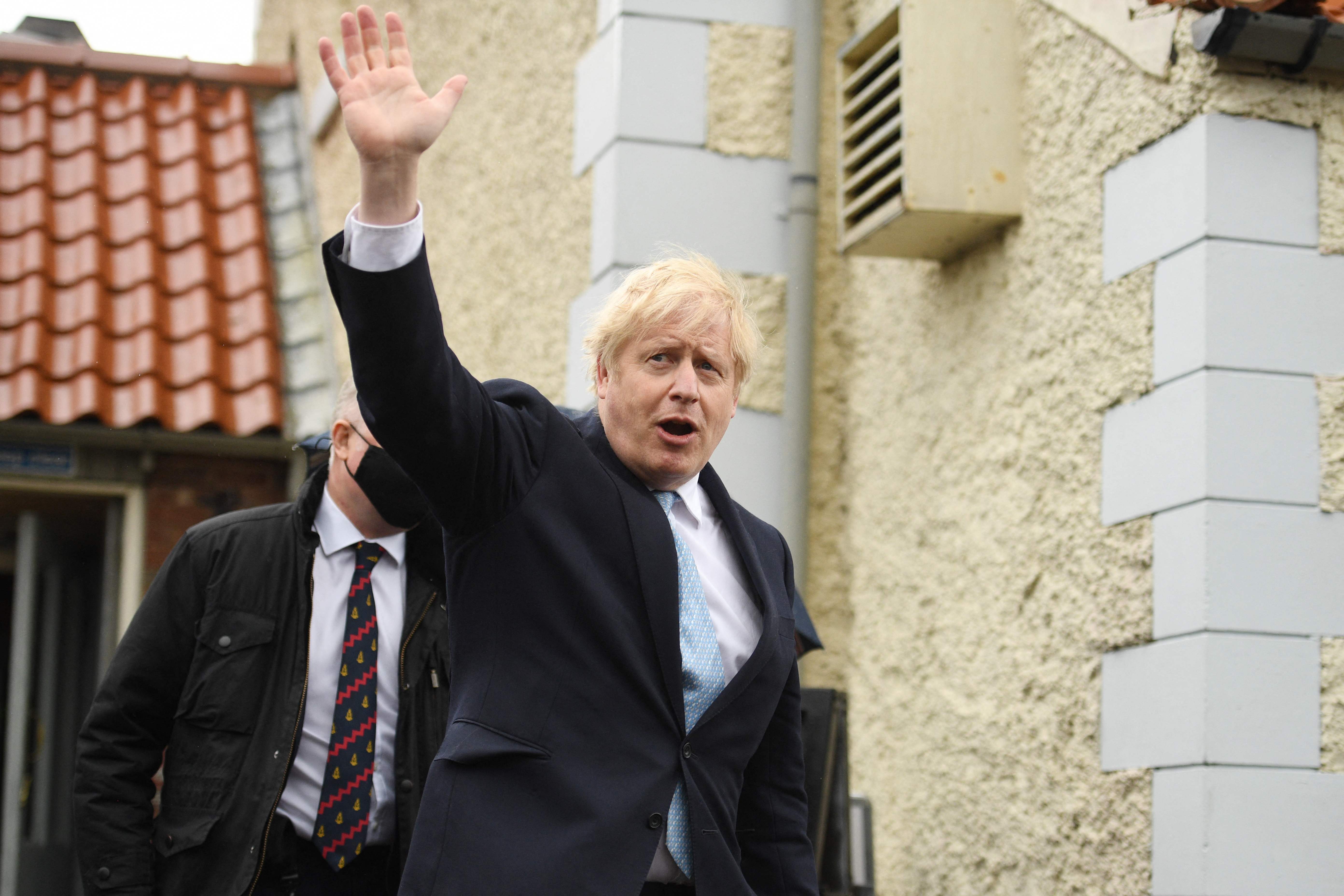 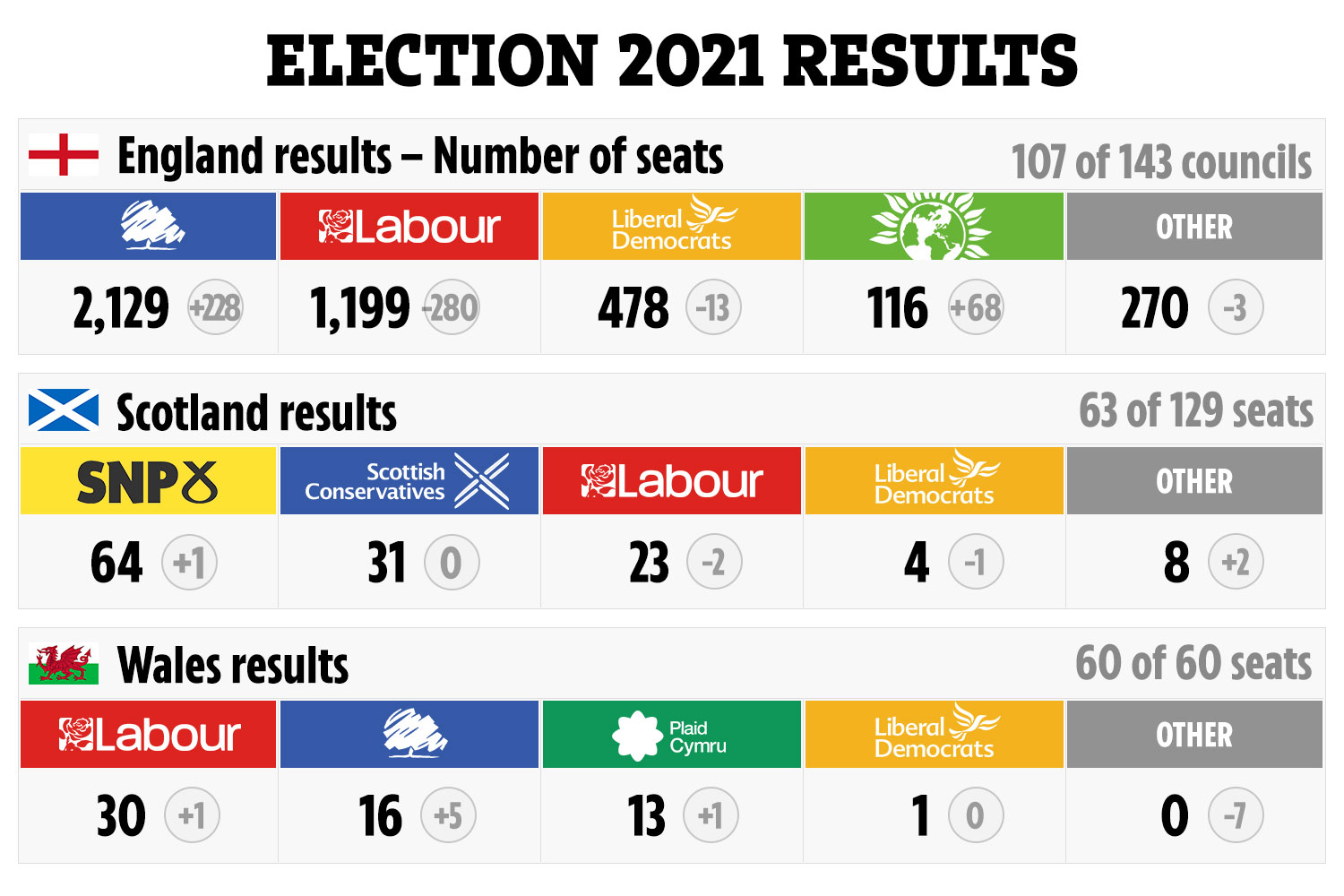 Rival factions were openly discussing their favoured candidate to run for the top job when Sir Keir falls on his sword.

To add to his woes, Andy Burnham effectively threw his hat into the ring — and was swiftly installed as 6-1 favourite to be next leader.

Minutes after being re-elected as Mayor of Greater Manchester, he teasingly urged his Westminster colleagues to “get in touch”.

As rival factions began looking for a candidate they could unite behind yesterday, Sir Keir was holed up with his inner circle at Labour HQ.

A shadow Cabinet source said: “The leadership has gone into a bunker.

“He came in with a lot of goodwill but now he’s squandered it.”

Sir Keir is on the ropes as Boris Johnson looked set for a decade in power after a wave of stunning victories in Labour’s crumbling “Red Wall” territory.

Tories seized council seats across the North and West Midlands — and won a 7,000-vote by-election victory in Hartlepool, a town that has been ­Labour for 57 years.

Despair turned to horror among Labour MPs yesterday as the realisation dawned that without a rapid turnaround they are facing a fifth successive General Election defeat.

If last Thursday’s results were replicated in a national poll, the Tories could win 36 more seats off Labour.

One Labour MP said: “We don’t have much time – and that means neither does Keir.

“Boris Johnson is riding high on the success of his vaccine programme and is likely to go to the polls early — possibly in 2023.

“If things don’t improve in the next 12 months, we’re going to have to decide whether to stick with Keir in the run-up to an Election or to cut our losses and bed in a new leader in time to save us from wipeout.” 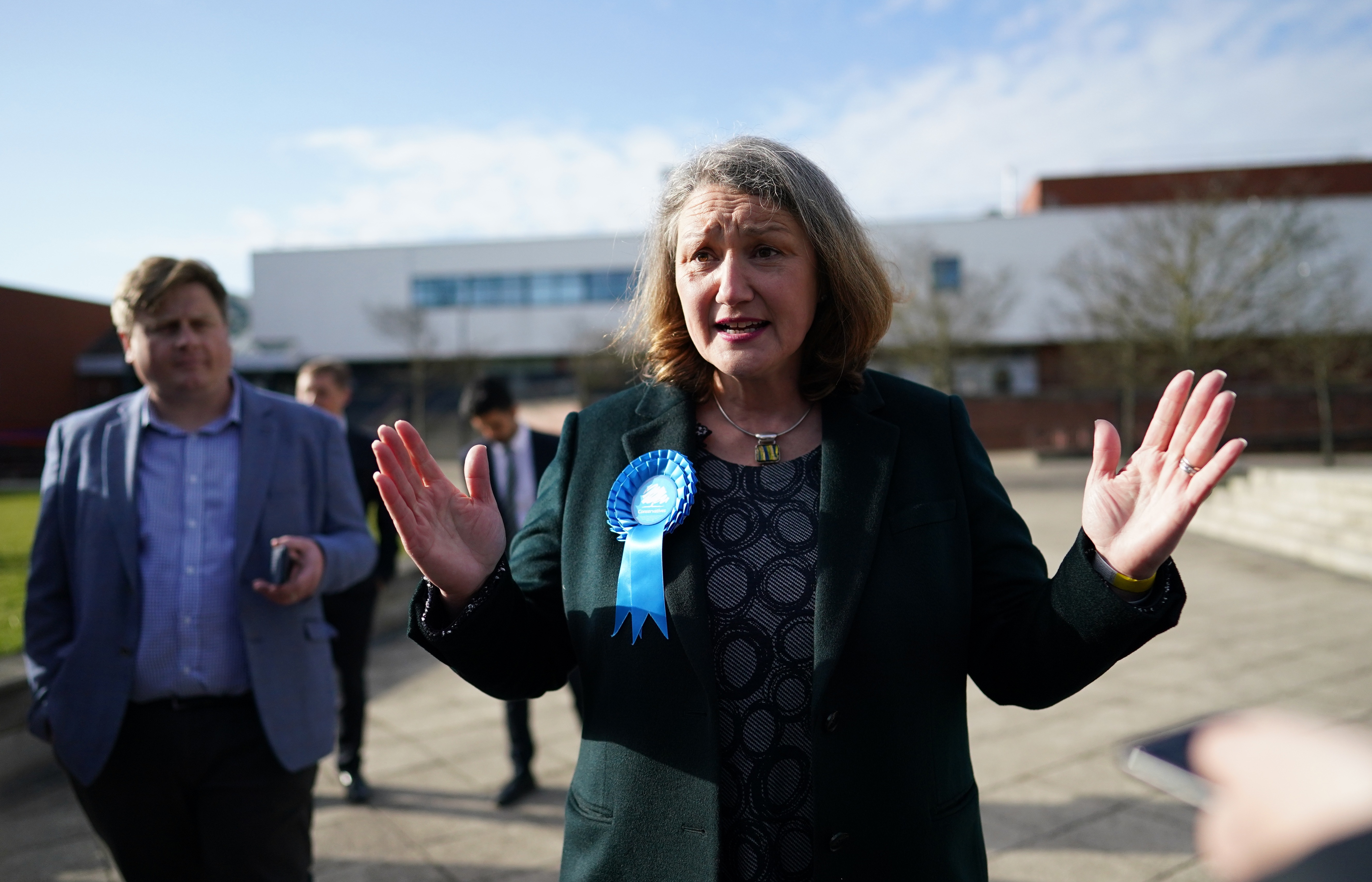 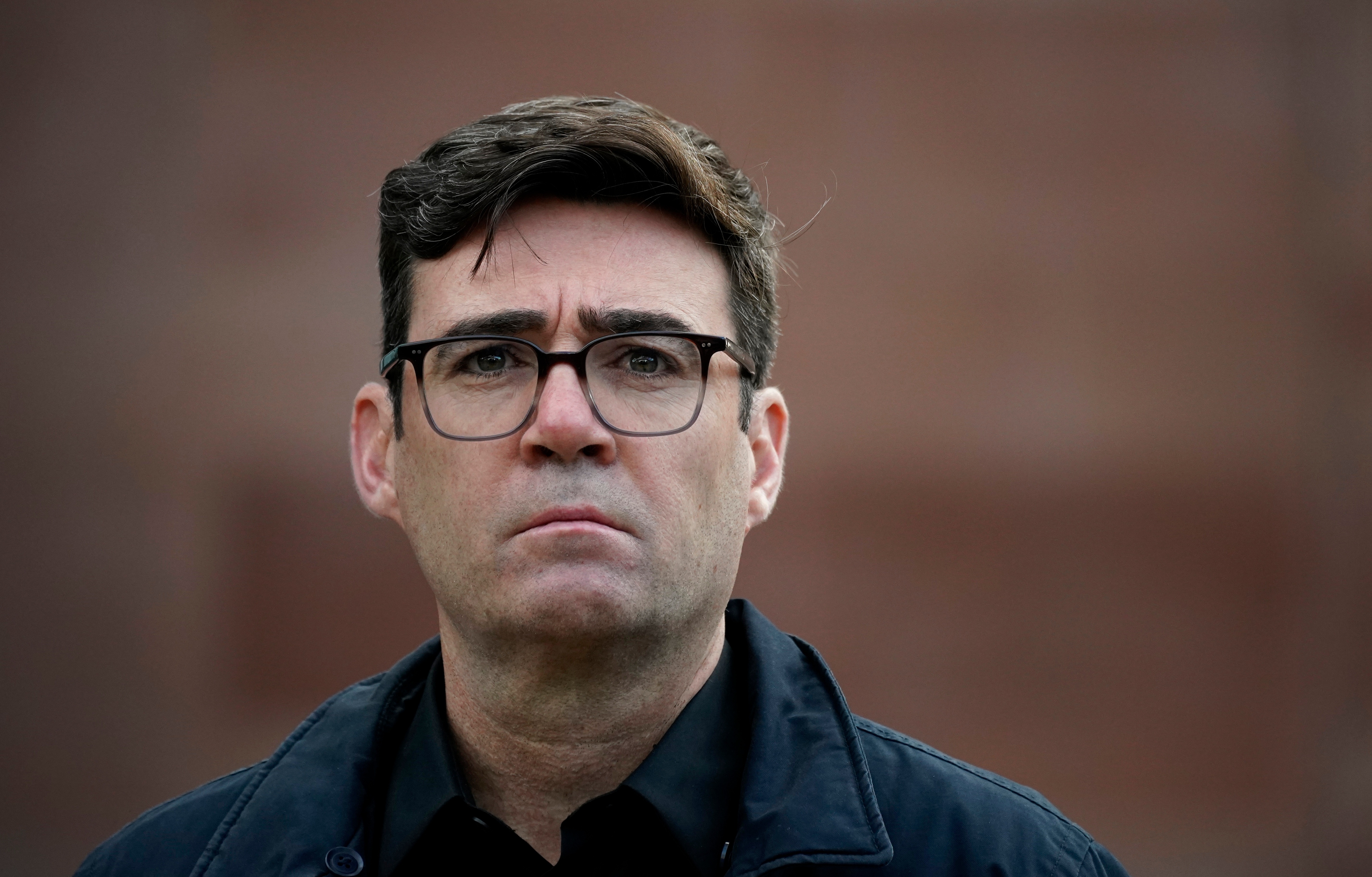 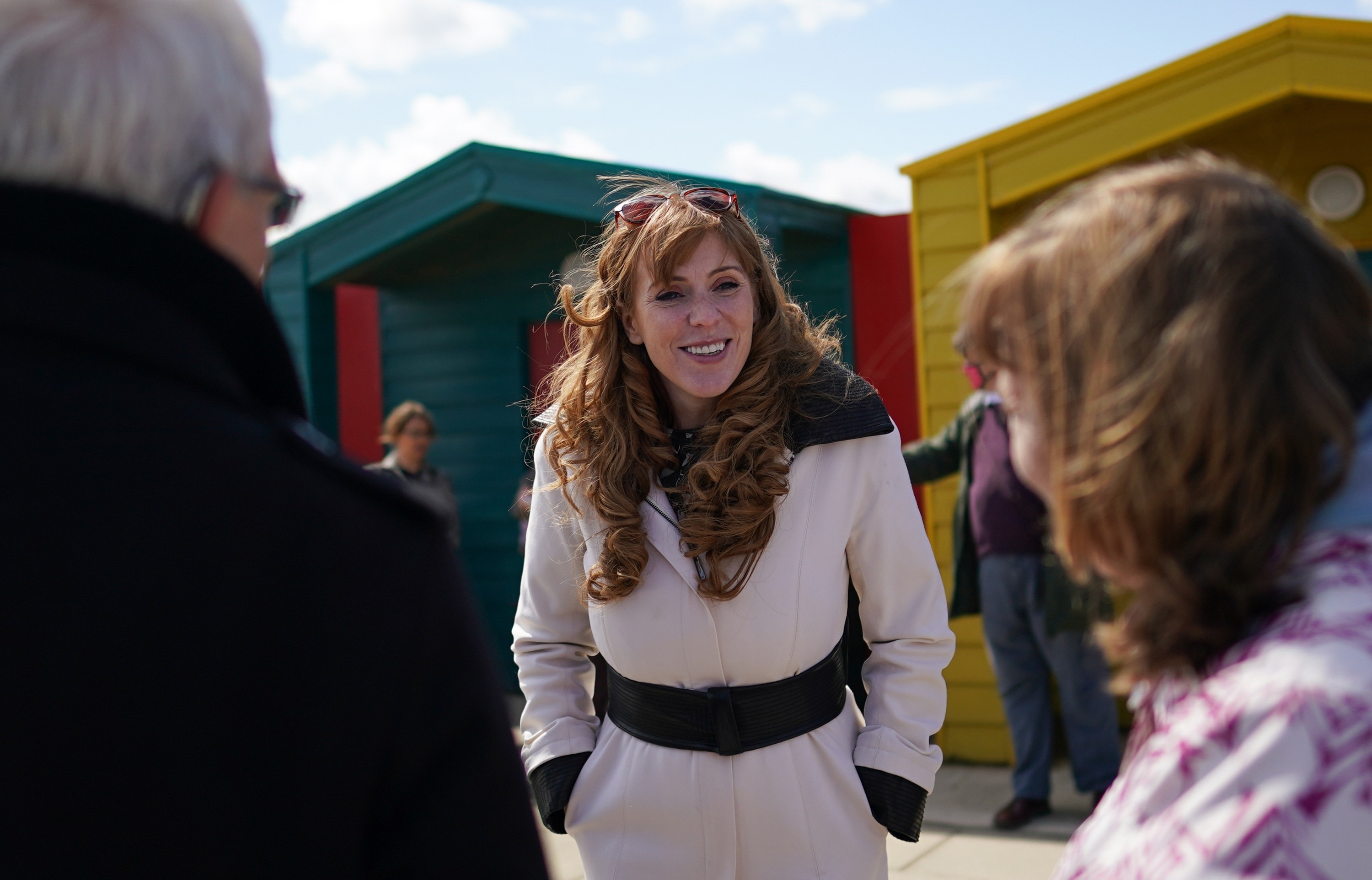 Another MP said: “Most of us think Keir has got a year to turn things around. But it’s probably less than that.

“If he bombs at the party conference in September, the plotting will move up a gear. He needs a barnstormer in Brighton or he’s finished.”

Sir Keir is doing far worse than Jeremy Corbyn in his first set of local elections.

Jezza made a net loss of 22 council seats in 2016 while Sir Starmer was 278 down yesterday afternoon.

Tories have gained control of councils across the whole country including Harlow, Cornwall, Worcester, Dudley, Nuneaton and Bedworth, Nottinghamshire and Northumberland.

It shows Boris is reaching way beyond just the Red Wall seats.

The big dilemma which is saving Starmer is the inability to find a ready-made winner to take over the baton.

Andy Burnham, Yvette Cooper and Lisa Nandy have all failed in previous leadership races, but they will have to unite behind one to keep out a hard-Left candidate.

Nor is there time to let one of the promising young guns mature in time for the job. Mr Burnham showed his winning streak in Manchester yesterday and refused to rule out a third shot at the leadership.

Asked by Sky News about it, he replied: “In the distant future if the national party felt it needed me they should get in touch.”

Sir Keir is expected to reshuffle his shadow Cabinet in the next week or so.

But one senior MP said: “What’s the point of removing a load of unknown people and replacing them with another bunch of unknowns.”

Shadow Chancellor Anneliese Dodds is tipped for the chop after failing to land a blow on Rishi Sunak.

There could be a promotions for Hilary Benn, Rachel Reeves and Yvette Cooper — all recognisable faces but, like Sir Keir, all Remainers.

A source close to Starmer said last night: “Keir is acutely aware of the need to move quickly.

“He thinks the next Election will be much earlier than 2024.

“He aims to put the pedal to the metal and step up the pace.”

A senior Starmer ally added: “It’s not just about the fellow at the top. The party has become disconnected from Labour-supporting people and we need to fix that.”

Former Labour minister Lord Austin warned the party risks decades in the wilderness unless it undertakes root and branch reform.

Writing in The Sun on Sunday, he said: “Keir needs to get out of London and listen to Sun readers in the Midlands and North.

“He should apologise properly for the way Labour let them down, ignored their concerns and asked them to vote for Corbyn.”

Left-winger Richard Burgon said Sir Keir must urgently set out his vision for the country.

He said: “Voters clearly don’t know what Labour stands for and that can’t go on.”

Last night the PM hailed the Tories as the new party of the working class. 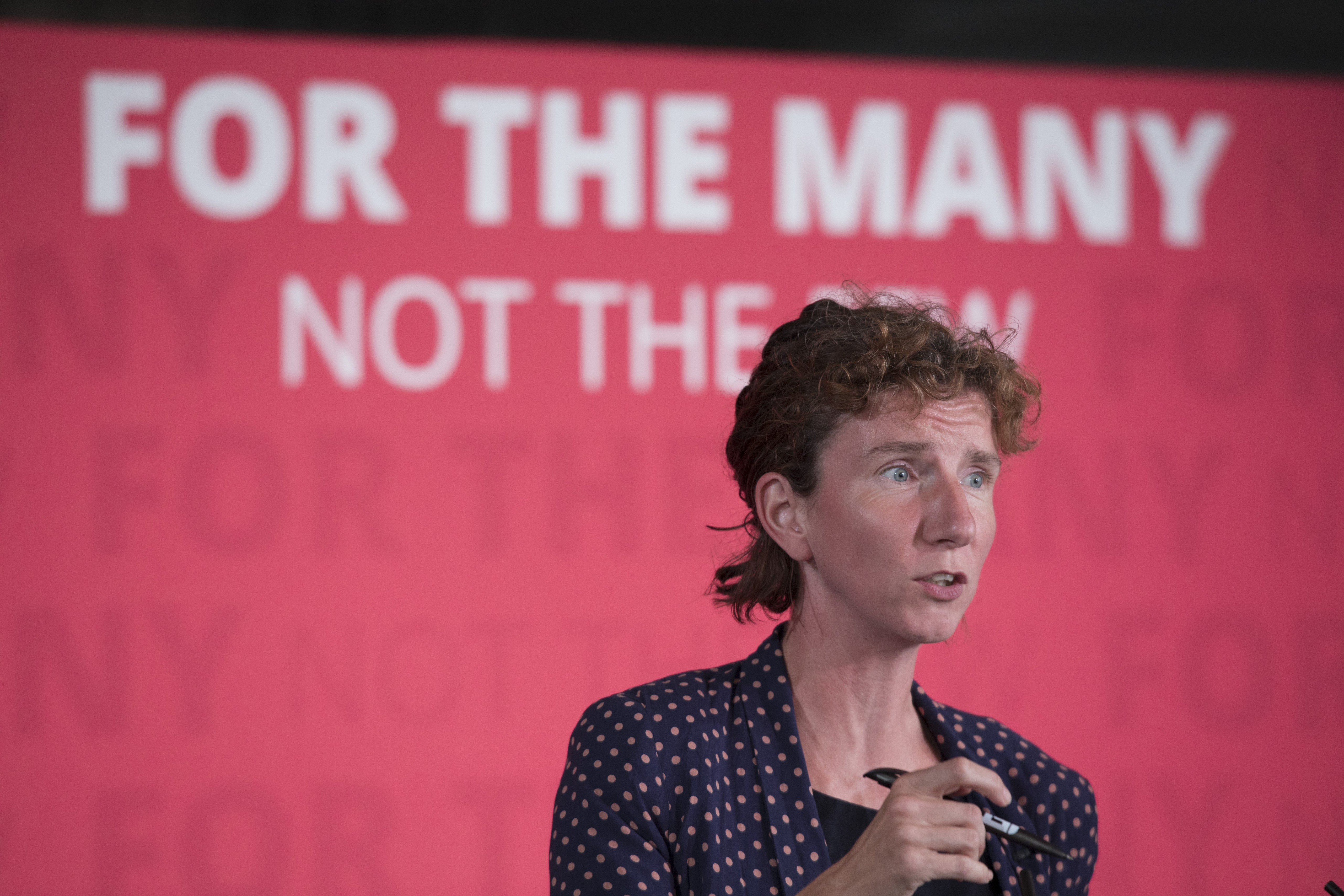 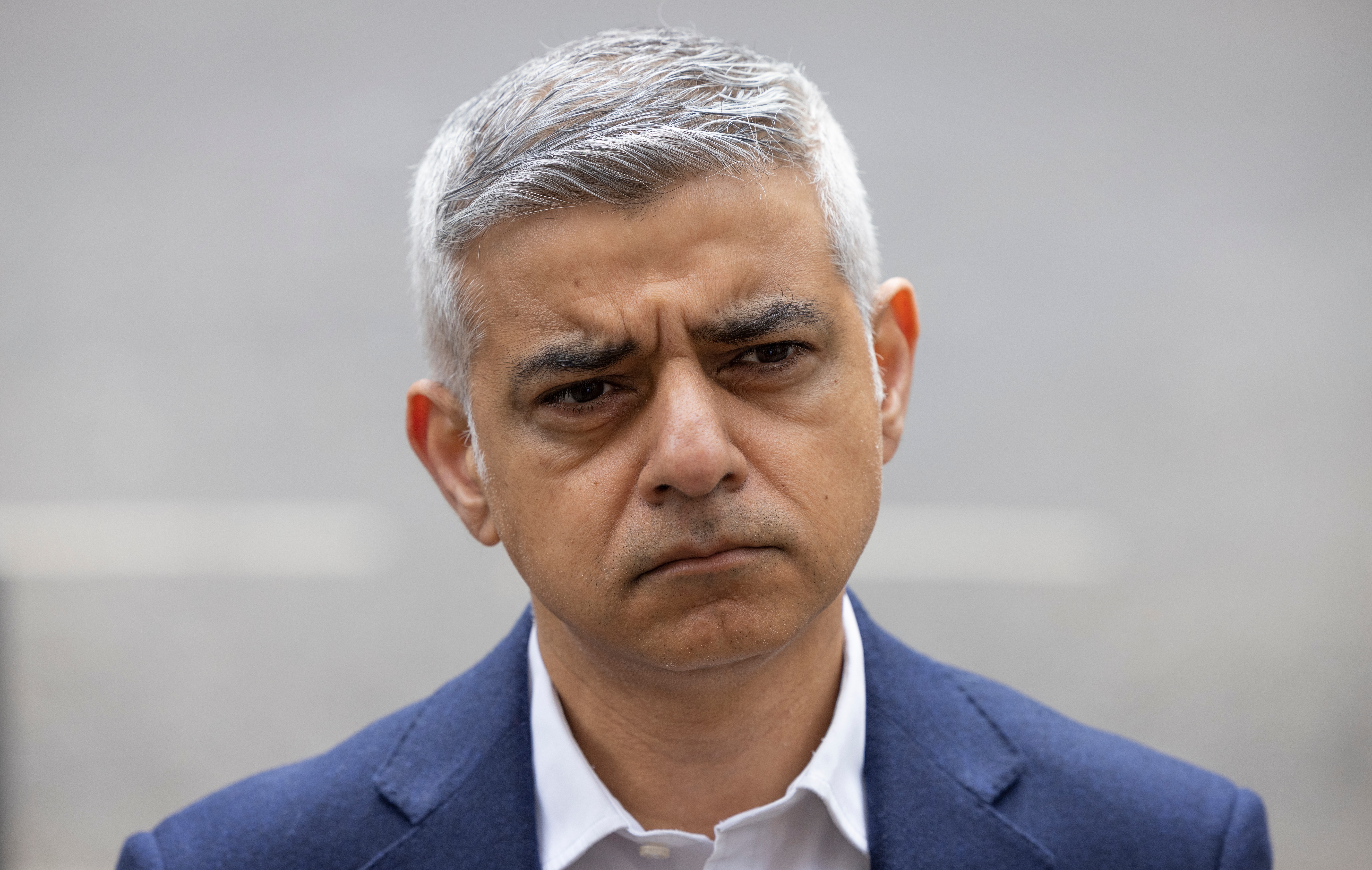 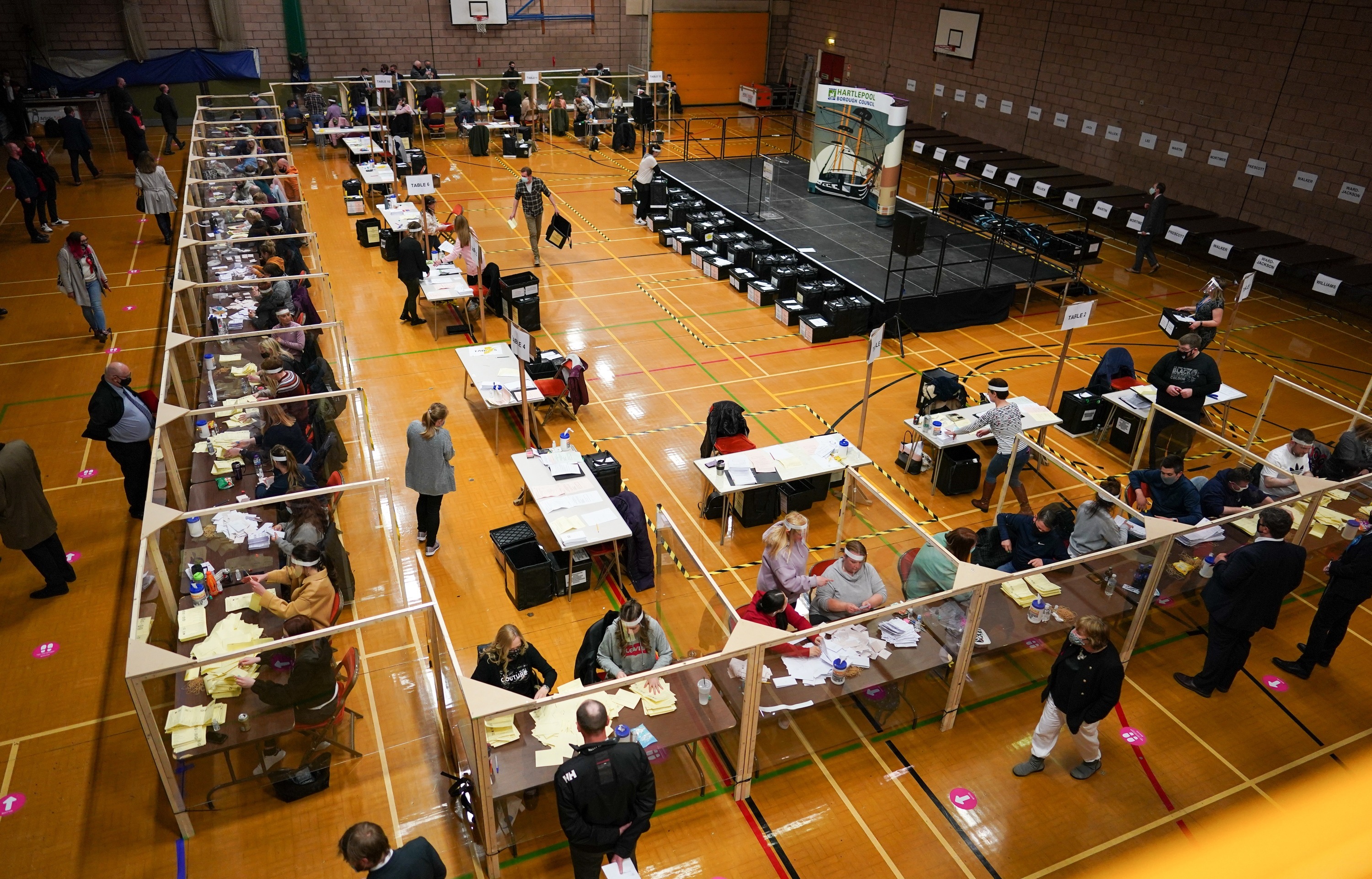 He vowed to strengthen his grip on the former Labour strongholds by investing in his “levelling up” agenda for towns left behind. Mr Johnson said: “These election results are an instruction to us to keep our focus on what matters — more jobs and investment, better public services and levelling up opportunity in every single community across the country.”

Last night a crestfallen Labour veteran admitted Sir Keir lacks the ideas, charisma and drive to topple Boris. He said: “Keir now has a window, albeit a small window, to set out who he is and make an impression.

“Realistically, he has between now and conference to do that.”

HE’S HAVING A MAYOR: ODDS ON NEXT LABOUR LEADER 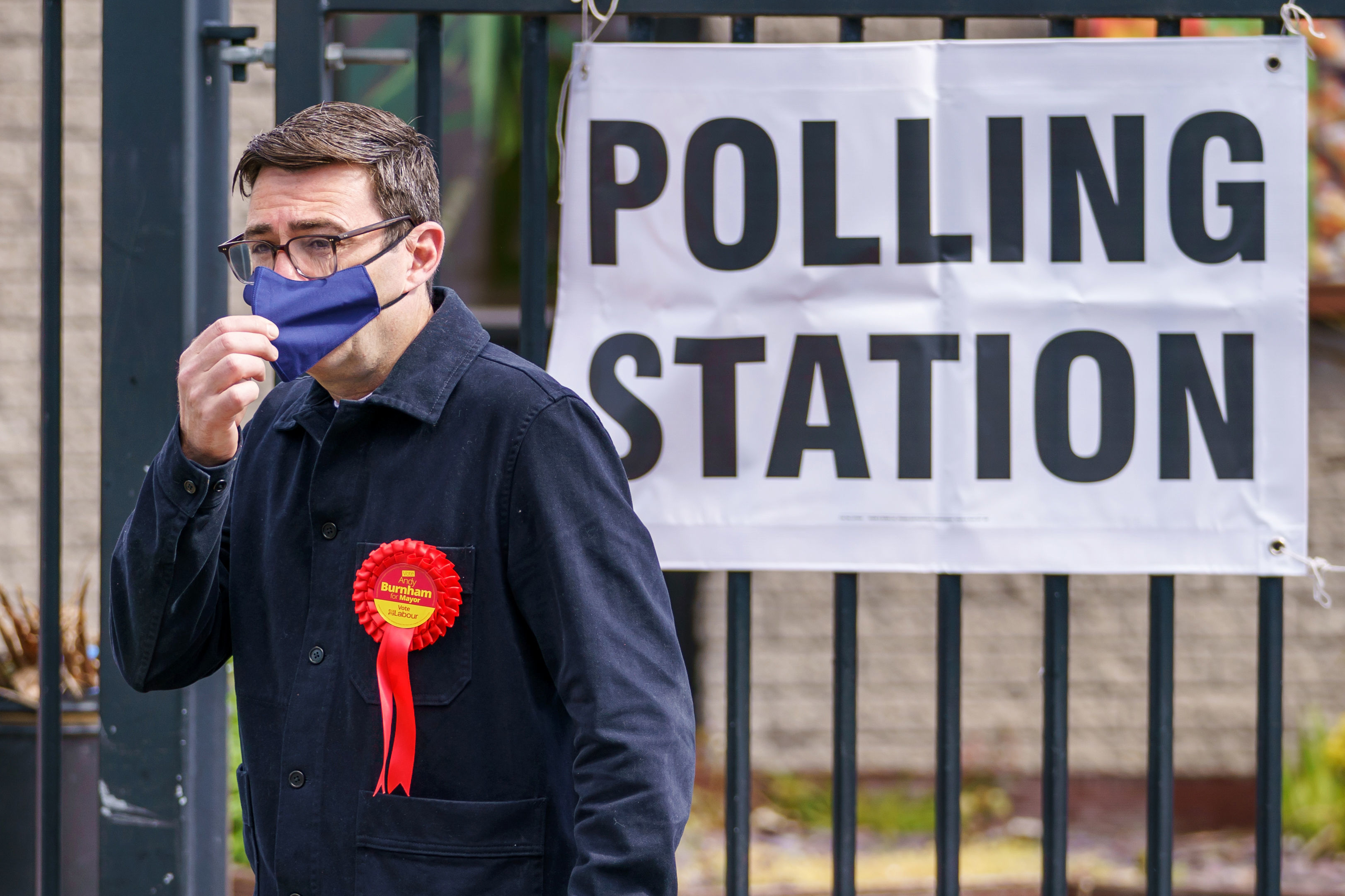 Our verdict: Most experienced.

Our verdict: Good on media.

Former Bank of England economist is Leeds West MP and sits in the shadow Cabinet.

Our verdict: Should be in frame.

Ex-Paratrooper is an MP and mayor of Sheffield City Region.