COVID restrictions in Shanghai, a city of 26 million people (equivalent to the entire population of Australia) have eased after two months of lockdown. However, the longer-term effects of this lockdown will affect the People’s Republic of China’s outlook for years to come.

China’s zero COVID policy has exacerbated the disillusionment of the urban and educated youth. Consequently, young people are not responding well to the government’s efforts to build up a skilled workforce or the incentives to have more children to slow the ageing population. This will undermine China’s economic and social development. 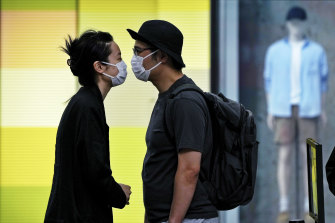 A Shanghai couple line up for COVID testing as the lockdown eases in the Chinese city.Credit:AP

The Shanghai lockdown was incredibly disruptive. At the onset, the announcement left little time for residents to prepare. Initially, the lockdown was only supposed to be a week-long staggered affair. Accordingly, many were unable to prepare sufficient provisions. Unlike lockdowns in Australia, residents in Shanghai were not allowed to leave their homes even for groceries. In the end, most had to rely on government-provided food supplies, which were sporadic and varied in quantity and quality between neighbourhoods.

Lining up for mandatory PCR tests became a daily routine. Those who tested positive were taken to quarantine centres. Shocking stories emerged from these experiences, ranging from health workers killing pets, to the separation of children from parents, to the lack of toilet and shower facilities.

And for those with chronic or emergency health conditions, accessing healthcare and medication became a huge challenge, with medical resources re-deployed to enforce quarantine measures instead. This has led to deaths and suicides. 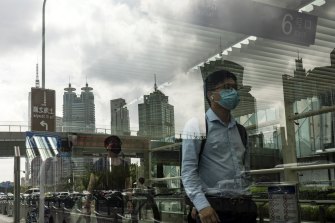 Pedestrians in Shanghai’s business district. A spike in cases last week fanned concern the city would be plunged back into lockdown. Credit:Bloomberg

Despite the easing of restrictions after two months of lockdown, great uncertainty remains for Shanghai residents. PCR testing every three days is required for those wishing to venture outside. Draconian quarantine measures are still in place for those testing positive. And snap lockdowns are still possible for neighbourhoods.

Such uncertainty exacts a huge toll on young people, with some wanting to leave China permanently while others becoming less motivated to work.

Even before the COVID lockdown, young middle-class people in Shanghai were facing increasing societal pressures. They’re expected to find a respectable white-collar job, work excessively long hours, earn a good income, and raise children in a hyper-competitive society. The pressure and stress of day-to-day living has led to the rise of a “lying flat” (tangping) movement — a rejection of hyper-competition and consumerism. But of course, few can actually afford to “lie flat” and reject societal expectations entirely.

The COVID lockdowns have only increased uncertainty and pressure for young Chinese. The economic downturn associated with the lockdown has contributed to record high youth unemployment. Young people have put enormous amount of time and effort into studying with the promise of a high-paying white-collar job at the end. 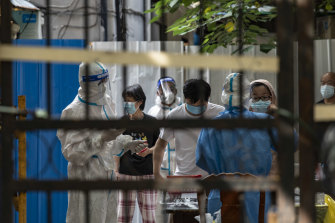 COVID-testing in the Hongkou district of Shanghai on June 11.Credit:Bloomberg

Yet, the rise in the university acceptance rate and the decline in jobs available due to the pandemic has led to disappointment for recent graduates. A viral video emerged of a young man defiantly responding to a police officer who has warned him about non-compliance with Shanghai’s harsh lockdown policy. “We’re the last generation”, he tells the PPE-protected police officer, expressing his determination to not have children due to his frustration and hopelessness for the future.

For those young people in China who are internationally mobile, there is a new trend described as “the study of running away” (runxue). These young people see no future in a China that is highly competitive and uncertain, and they’re looking to leave permanently and move overseas for better living and working conditions. Tencent reported that emigration-related search terms have increased by 440 per cent during the lockdown. As young people in Shanghai tend to have more international connections and experiences, they’re likely over-represented in the group that wants to “run away”.

But not everyone can “run away” overseas. China’s COVID restrictions have made regular international travel almost impossible. Many are concerned that if they leave China, they may not be able to make it back if there is a family emergency. Consequently, some young people are forgoing the opportunities of studying and living overseas.

What the China’s zero COVID policy has done, whether it was the intention of the government or not, is to force people to choose between living in China and overseas. As a result, people-to-people links built over the last decades have deteriorated significantly. Many foreigners have left China with no clue as to when — if ever — they will return. Foreign scholars and students are choosing not to go to China due to restrictions and uncertainties.

And young people in China increasingly see a future overseas or in China, but not both. The emergence of transnational fluidity of the past two decades has given way to rigid borders once more.